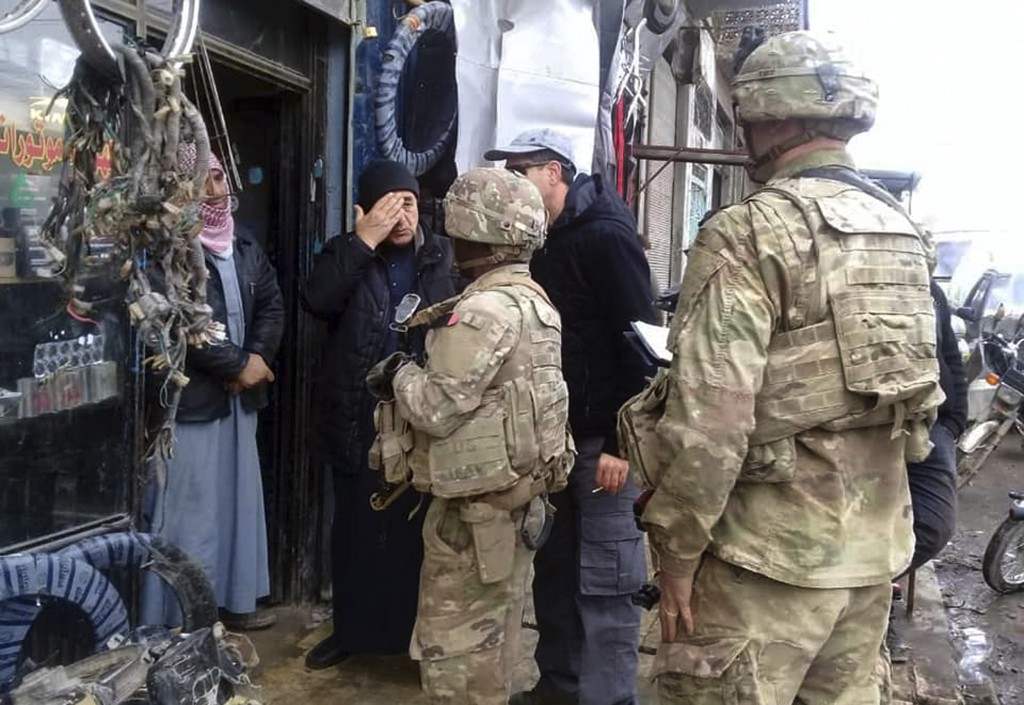 BEIRUT (AP) — The Latest on developments related to Syria (all times local):

The Kremlin has welcomed the Syrian military's entry into the flash-point Kurdish-held town where Turkey has threatened an offensive.

Kremlin spokesman Dmitry Peskov on Friday described the development as a "positive step" that could help "stabilize the situation."

The Syrian army entered the town of Manbij on Friday after the main Syrian Kurdish militia invited the government to seize control of it to prevent an attack from Turkey. The Syrian military said it was responding to calls from the town's residents and promised safety for all living there.

The Syrian entry into Manbij comes a day before Moscow is to host top Turkish officials to discuss the crisis in Syria after the United States announced it will withdraw its troops from the country.

The main Syrian Kurdish militia has invited government troops to take control of the flashpoint northern town of Manbij to prevent a Turkish attack.

The People's Protection Units, or YPG, made the appeal Friday in a tweet. The Syrian Observatory for Human Rights is reporting that Syrian government forces have been massing on the edges of Manbij, a front line between Kurdish-led forces and Turkey-backed fighters to the west.

It is not yet clear whether U.S. troops, which had patrolled the area, remain in place or have withdrawn. There was no immediate response from the U.S-led coalition.

Turkey had threatened a military operation against Manbij to remove the Kurdish-led forces there. Turkey views the YPG as a terrorist group.

The threats triggered the U.S. announcement of withdrawing troops from Syria.