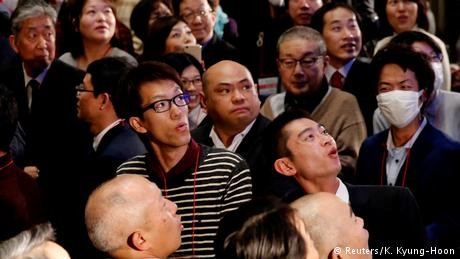 Japan's Nikkei index edged down on its final trading day of the year. The benchmark index lost 0.3 percent after gaining nearly 4 percent on Thursday. Negative factors such as Donald Trump's trade spat with China and his criticism of the US central bank weighed on the market. As did investors cashing in after Thursday's rises.

Volatility reigned supreme across global markets this week due to investor concern about slowing global growth, trade wars, Brexit and a US government shutdown.

Wall Street, which staged its best rally in nine years on Wednesday, finished higher after Thursday's a surge in late-session trading.

Markets in Europe have suffered declines, however. Frankfurt has dropped about 20 percent since the start of the year. London has declined more than 14 percent and Paris more than 13 percent.

Stephen Innes, head of APAC trading at OANDA, warned: "This rollercoaster ride is unlikely to stop anytime soon as investors continue to wear emotions on their sleeve."