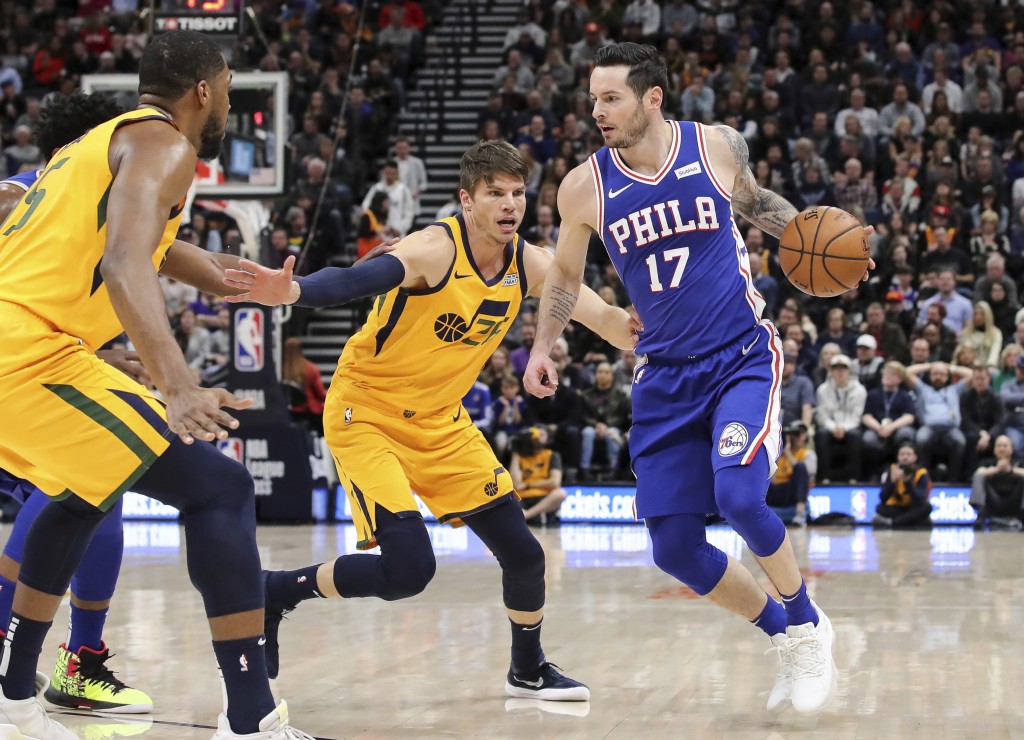 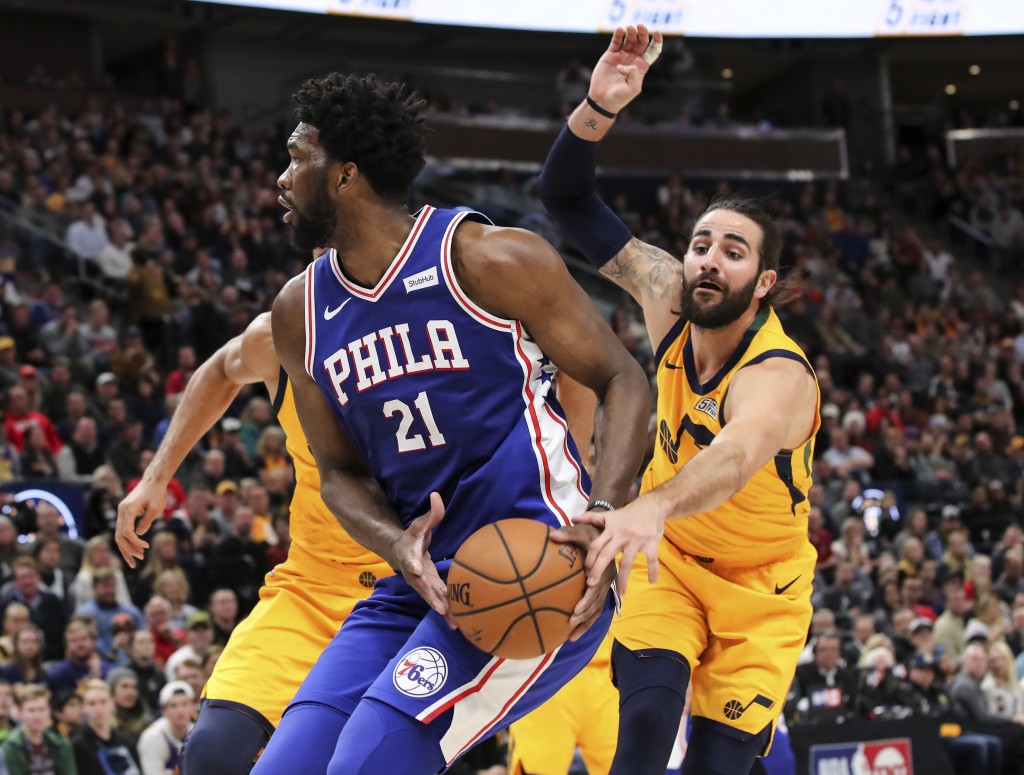 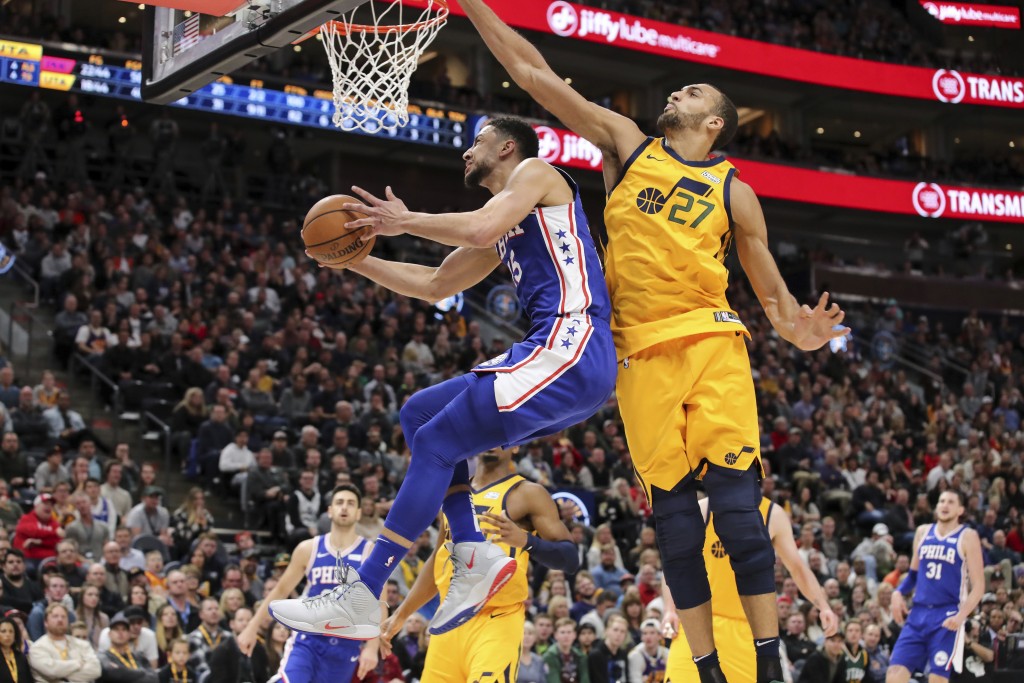 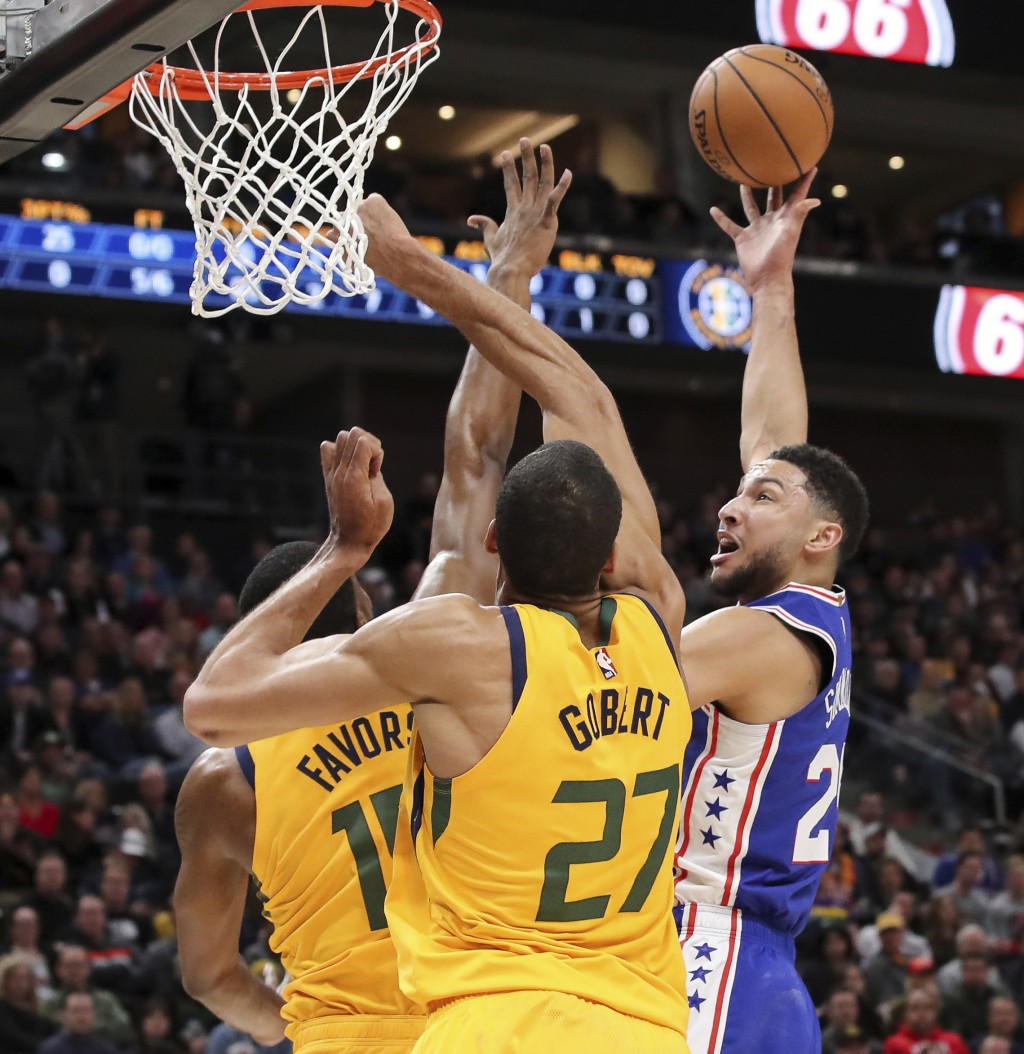 Ben Simmons, who was selected over Utah's Donovan Mitchell as Rookie of the Year last season, had his fifth triple-double of the season with 13 points, 14 rebounds and 12 assists.

Mitchell scored 23 points, Dante Exum added a season-high 20 and Rudy Gobert had 17 points and 15 rebounds for the Jazz.

Embiid, who has a league-leading 31 double-doubles, and Gobert both had bright moments in the post but the Jazz let Redick get loose for six 3-pointers. Jimmy Butler was also effective on the perimeter and drives for dunks as he scored 19 points.

The 76ers (23-13) were able to disrupt the Jazz offensive sets and force them into shots they don't usually take. Utah shot 38 percent from the field.

On the other end, crisp passing and constant movement off the ball kept the 76ers one step ahead all night. Utah came into the game with the best defensive rating over the last 10 games, per NBA stats, but the 76ers shot 50 percent and racked up 31 assists.

Embiid and Redick each had 10 points in the second quarter as the 76ers shot 75 percent in the period to turn a seven-point deficit into a 57-52 halftime lead.

The 24-8 run continued through much of the third quarter and Philadelphia led 76-60 after Mike Muscala sank a 3-pointer. The Jazz never got within 15 points the rest of the way.

76ers: The Sixers shot 14 free throws in the third quarter (making 12) after shooting just two free throws in the entire first half. ... Redick had a four-point play in the second quarter. ... With 4:21 to play, Embiid fouled out just one point shy of 3,000 in his career when he fell and took out Rubio's legs on a play that looked like a diving football tackle.

Jazz: Kyle Korver beat the shot clock and was fouled for a four-point play of his own in the first quarter, when he scored 10 points. ... Gobert has 30 double-doubles. ... The Jazz had 16 turnovers that led 26 points for Philadelphia.