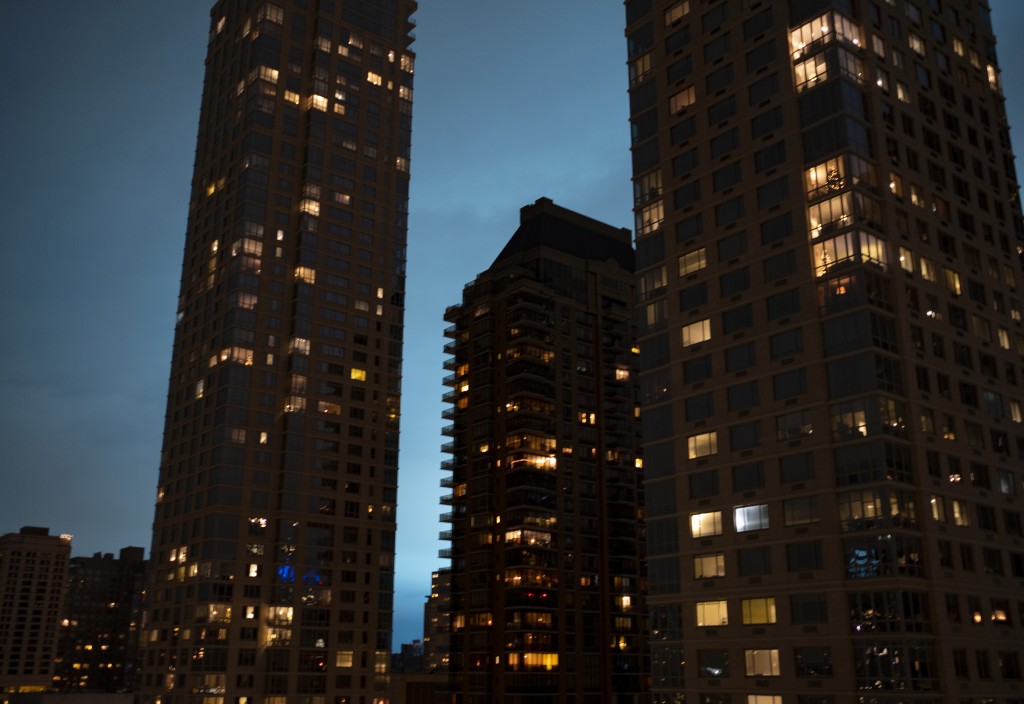 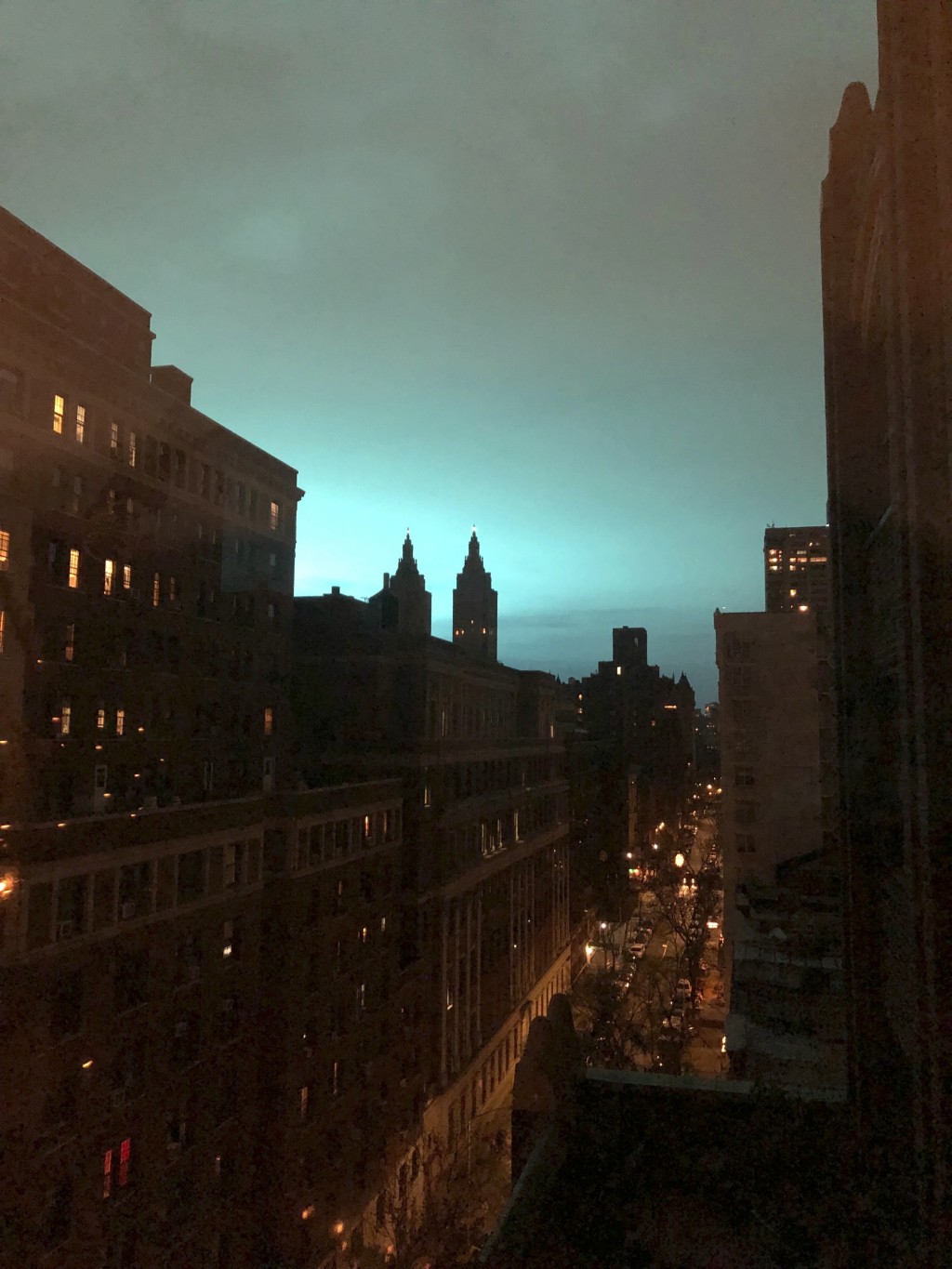 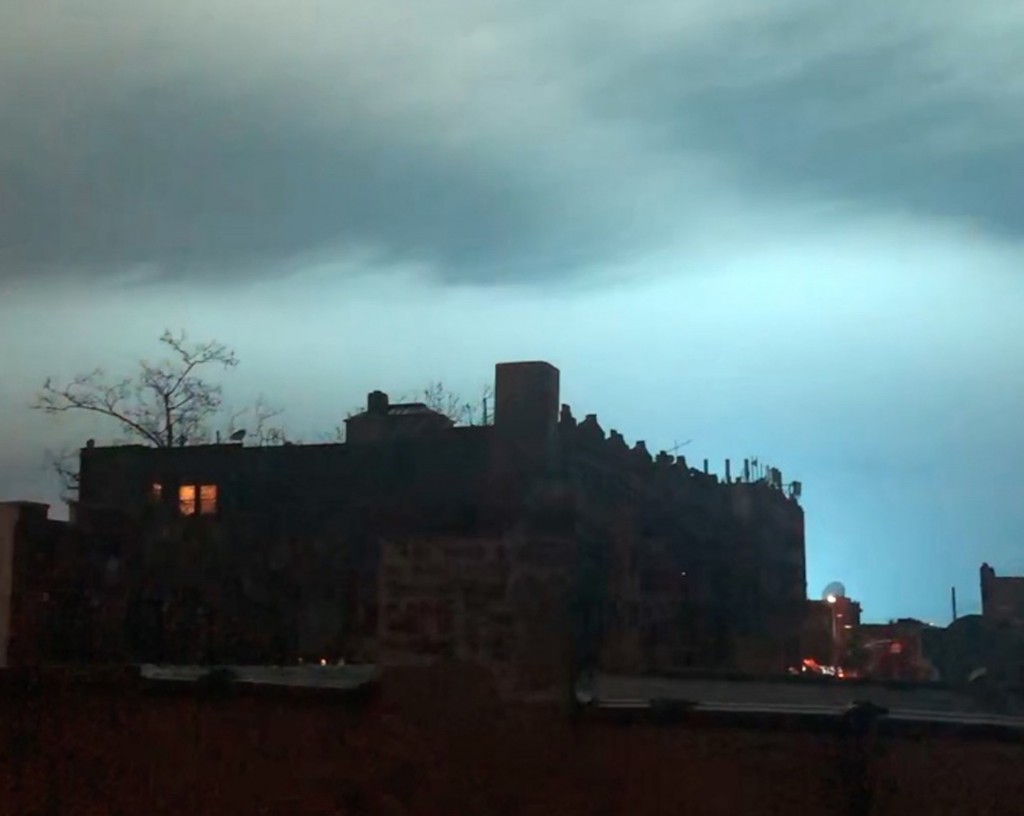 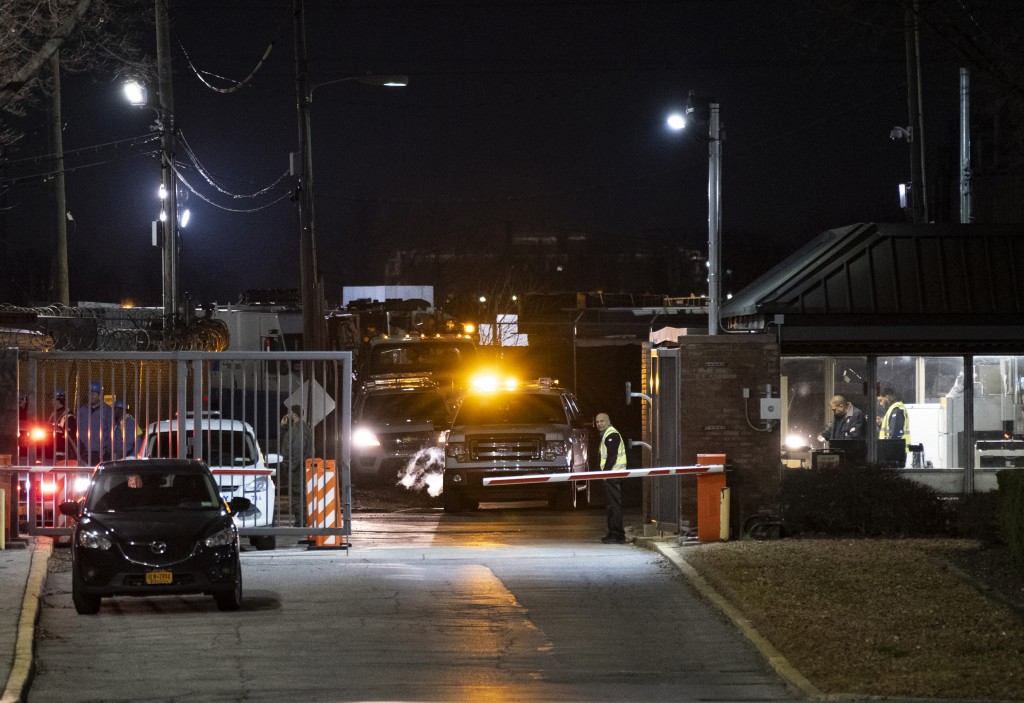 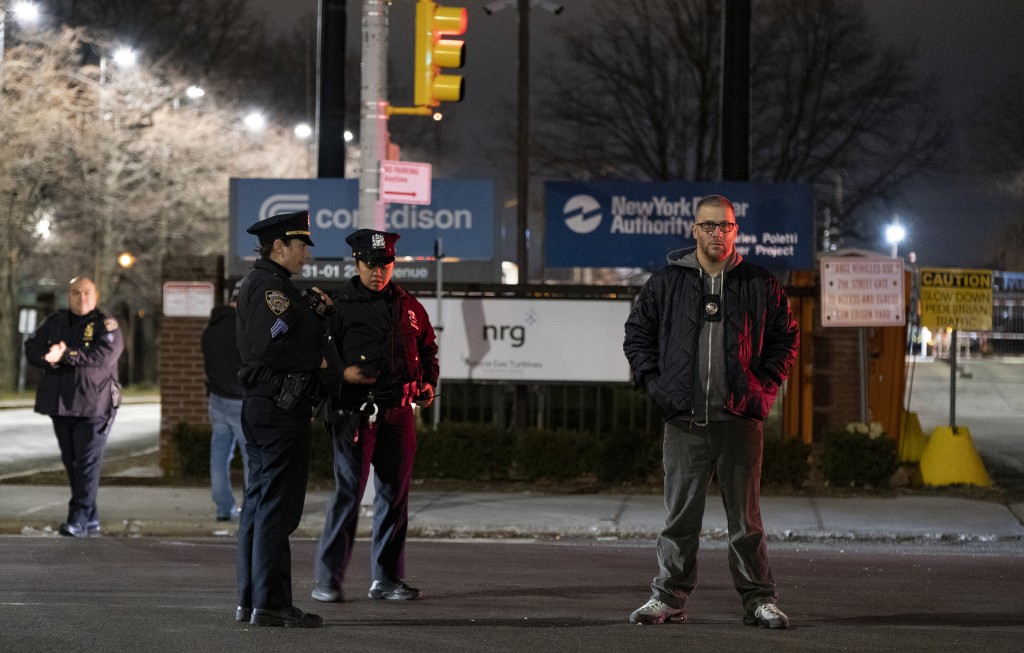 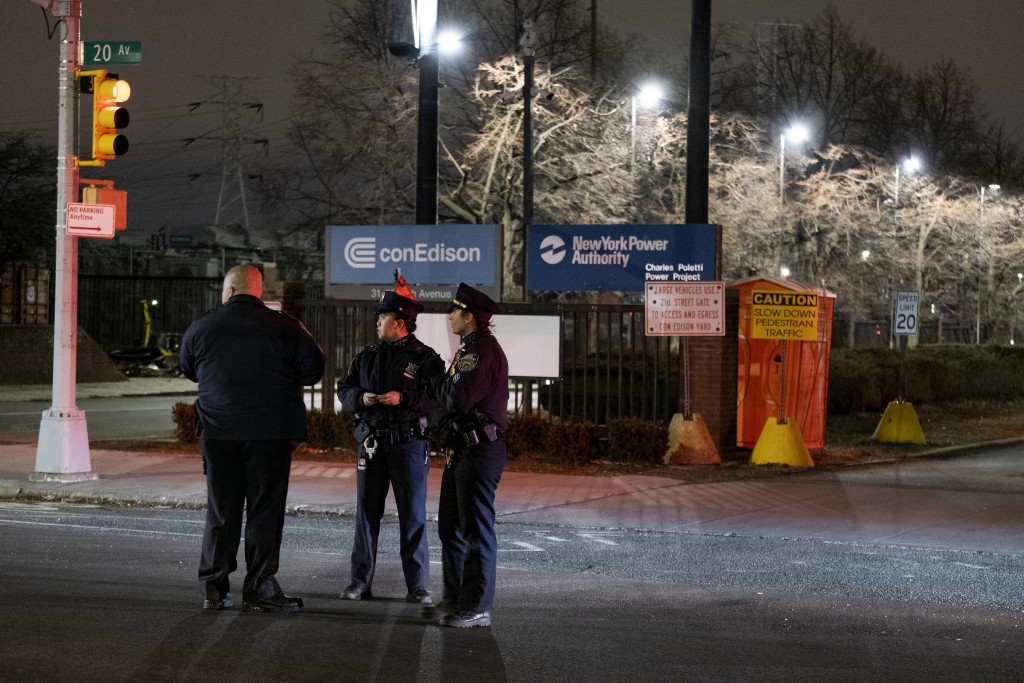 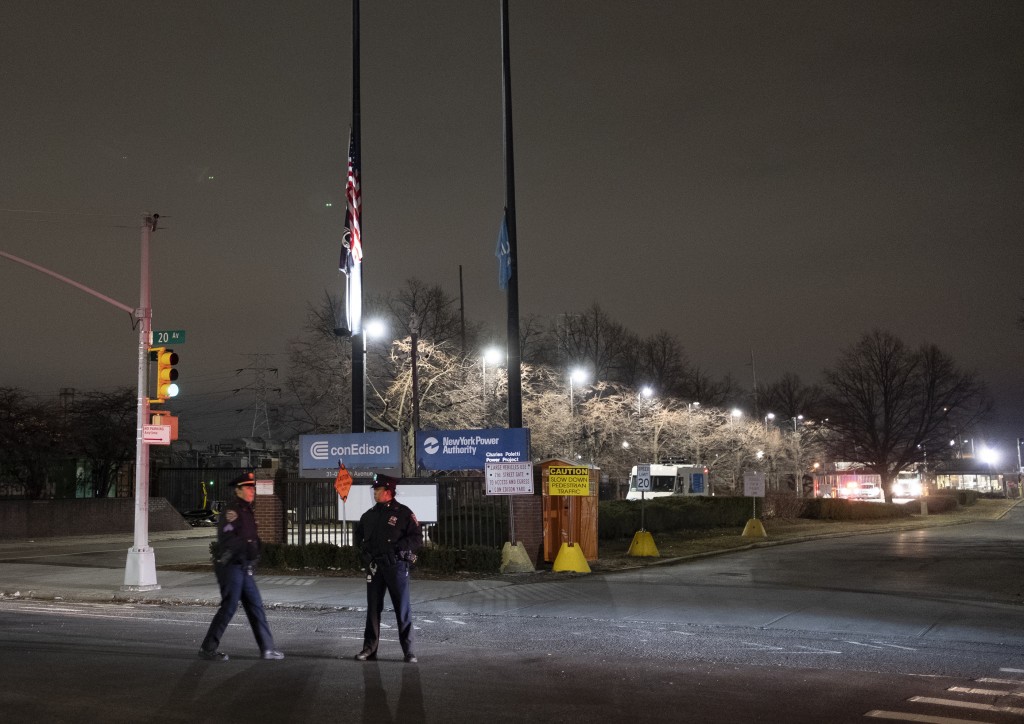 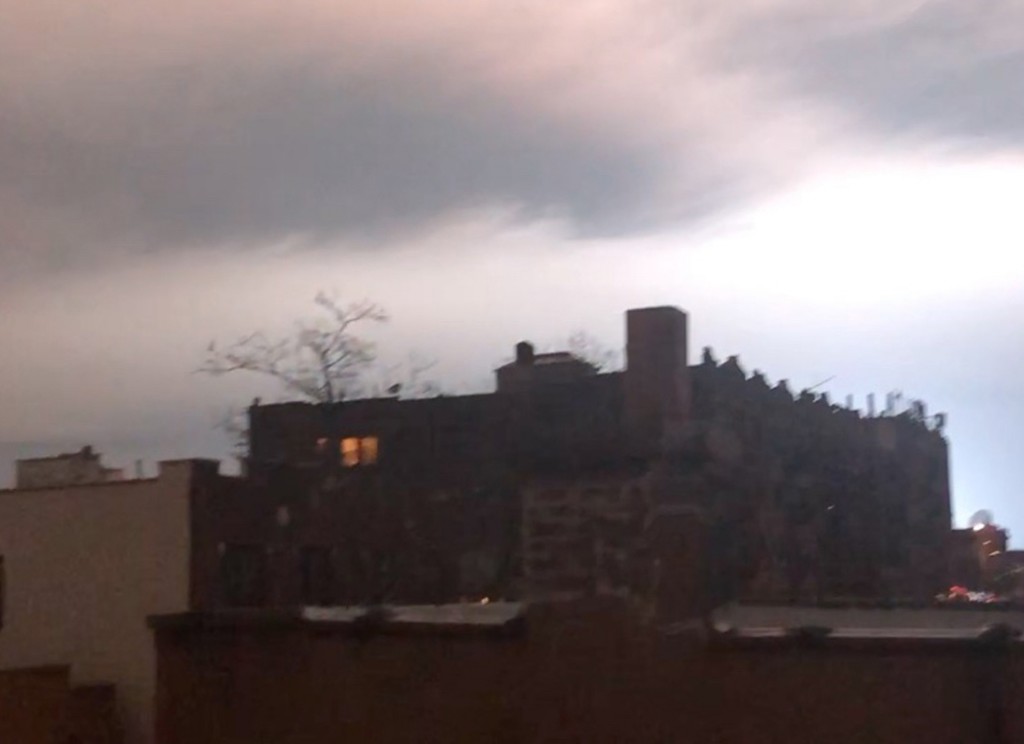 The blast prompted a brief fire at a sprawling Con Edison facility in Queens — but no injuries — and a spectacular illumination of the New York skyline that generated a flurry of online commentary.

The explosion impacted subway service in the area and caused a brief ground stop at LaGuardia Airport, which experienced power outages.

Gov. Andrew Cuomo described a "major electrical failure" at the electrical substation along the East River, near the Rikers Island prison complex and across a small bay from LaGuardia.

Power had been largely restored to LaGuardia by 11 p.m. and the airport was resuming normal operations. Travelers were still asked to check with their carriers for updated flight information.

The lights caused a stir on social media as several witnesses posted photographs and videos of a bright, blue flash that filled the night's sky. The Manhattan skyline and iconic East River bridges were suddenly silhouetted against a backdrop of pulsating light.

People flocked to social media to find out what happened and to share their views of the plumes of smoke pouring from the transformer.

"It was pitch black outside and then suddenly the whole side of the eastern sky was lighting up and changing colors," said Madeleine Frank Reeves, who saw the lights from her Upper West Side apartment. "It lasted a couple of minutes."

Some observers wondered whether aliens were invading and joked that the trend of gender reveal parties had finally gone too far. Television host Keith Olbermann referred to the episode as the "Blue Light Special."

"Something insane is happening in the sky above Manhattan right now," New York University sociologist Eric Klineberg wrote on Twitter under a video of the flashing sky.

John Tebbett, who lives two blocks away from the facility, told NY1 the explosion was followed for about five minutes by a loud roar. The blast had caused the lights in his home to flicker off and on, he said. Tebbett, an instructor with the local electrical union, walked down toward the facility to get a better look.

"You could hear the roar and see the super white, bright light," Tebbett said. "It took them about five minutes, maybe. As we were watching it, it was like somebody turned off the power and it just went dark and then it was quiet. The roar stopped and it was dead quiet for a moment and then you could hear the emergency vehicles start to come in."

It was the second major incident involving Con Edison in the last six months. In July, a steam pipe explosion spewed asbestos-laden vapor into the air in Manhattan's Flatiron District, driving hundreds of people from their homes and businesses.

Con Edison said on Twitter that there was "a brief electrical fire at our substation in Astoria which involved some electrical transformers and caused a transmission dip in the area."

This story has been corrected to show that the explosion happened Thursday night, not Friday.