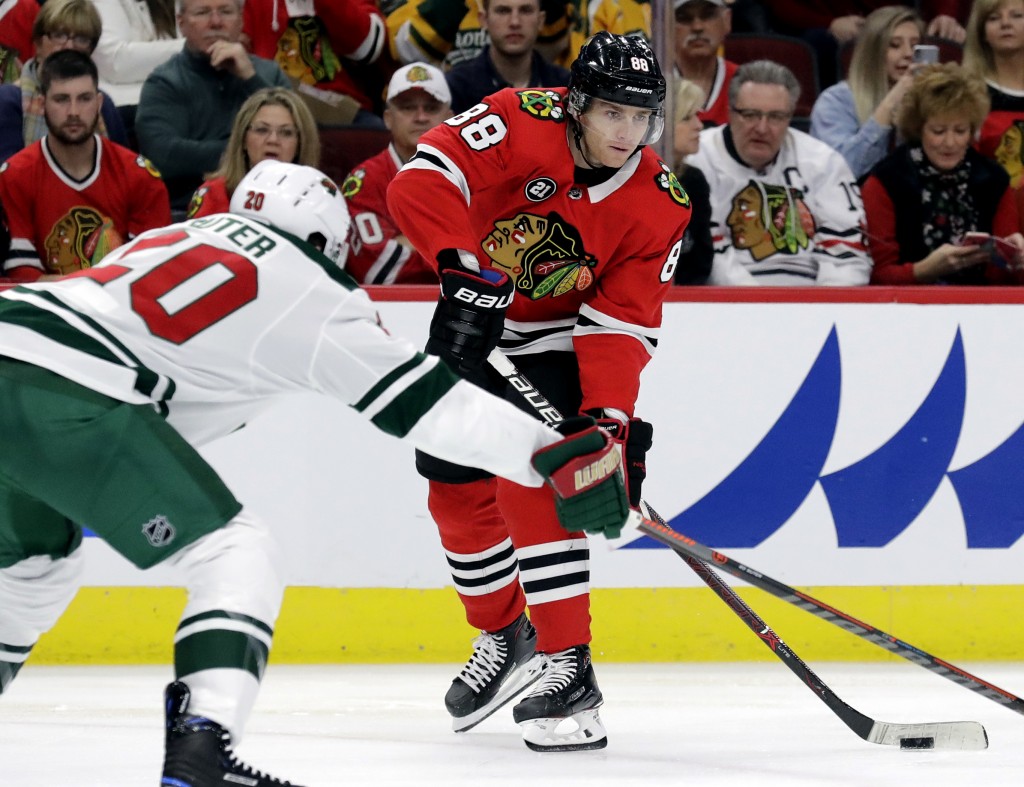 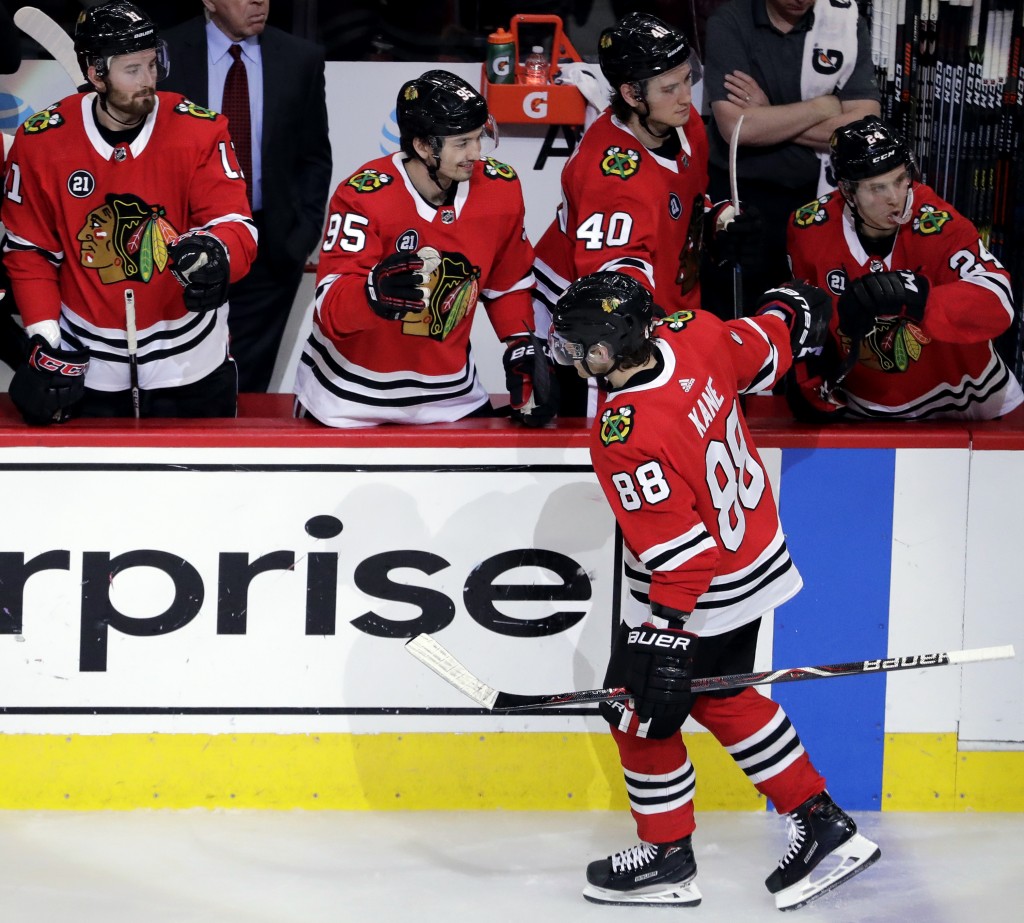 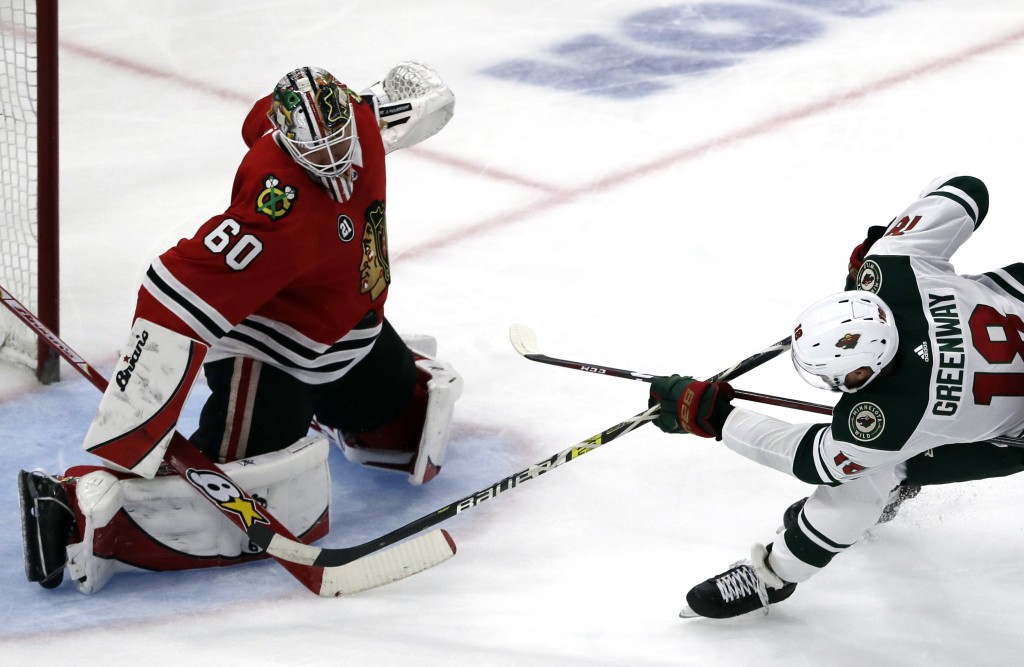 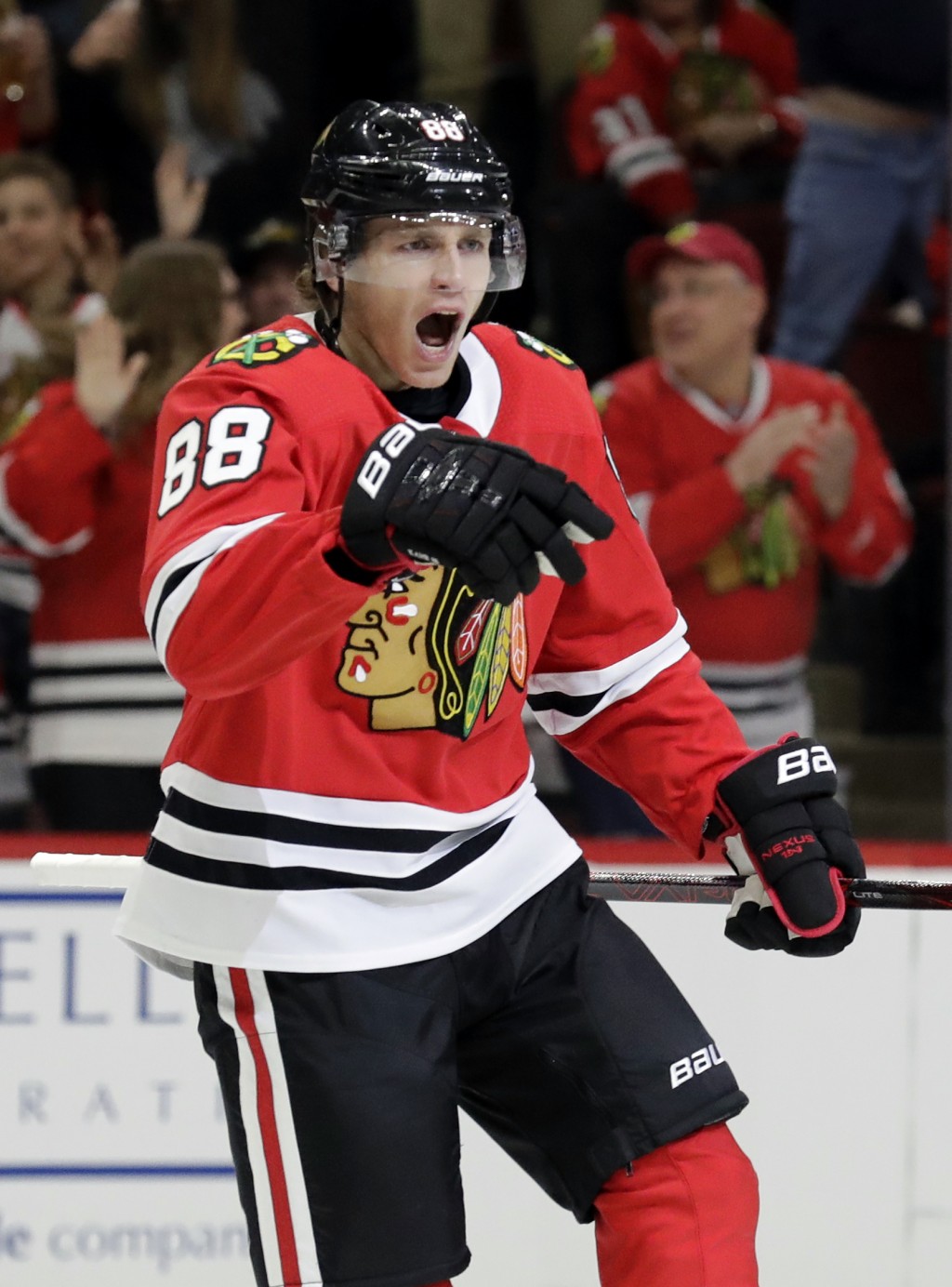 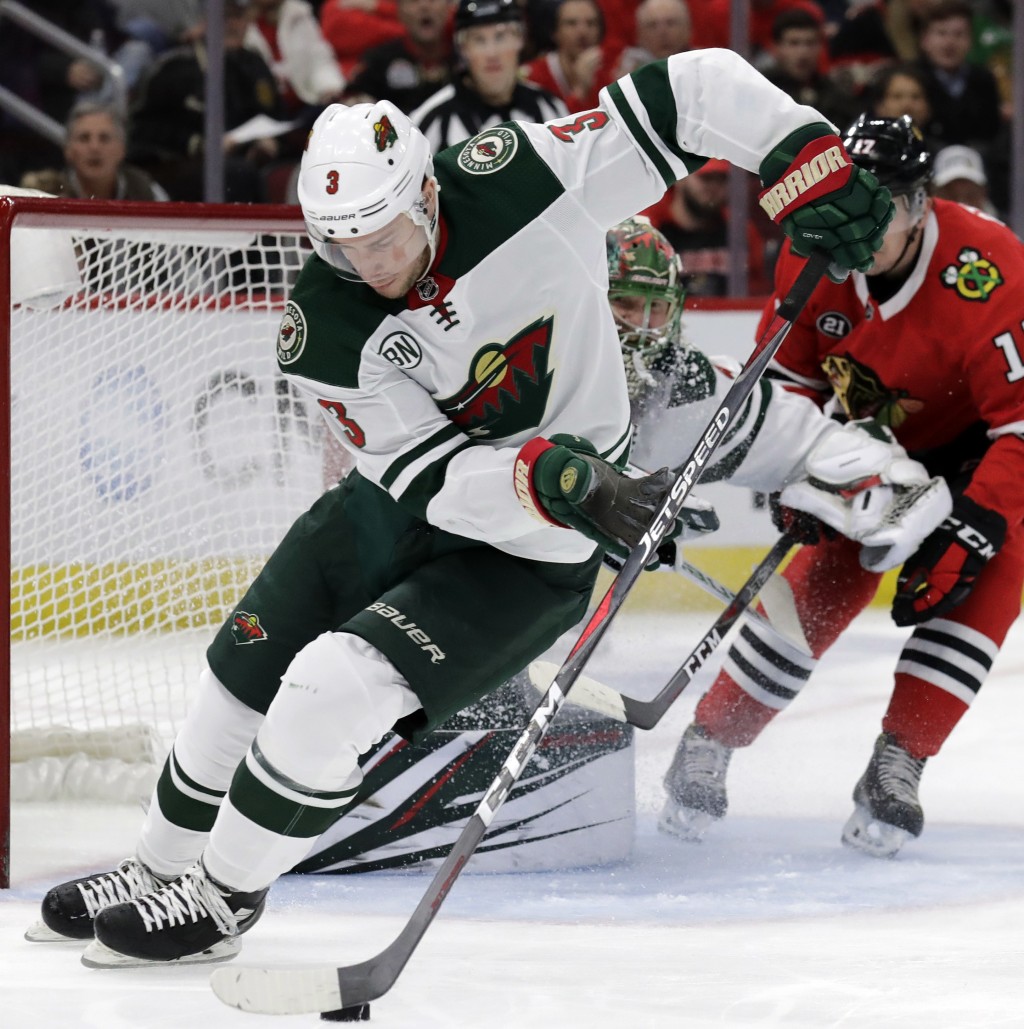 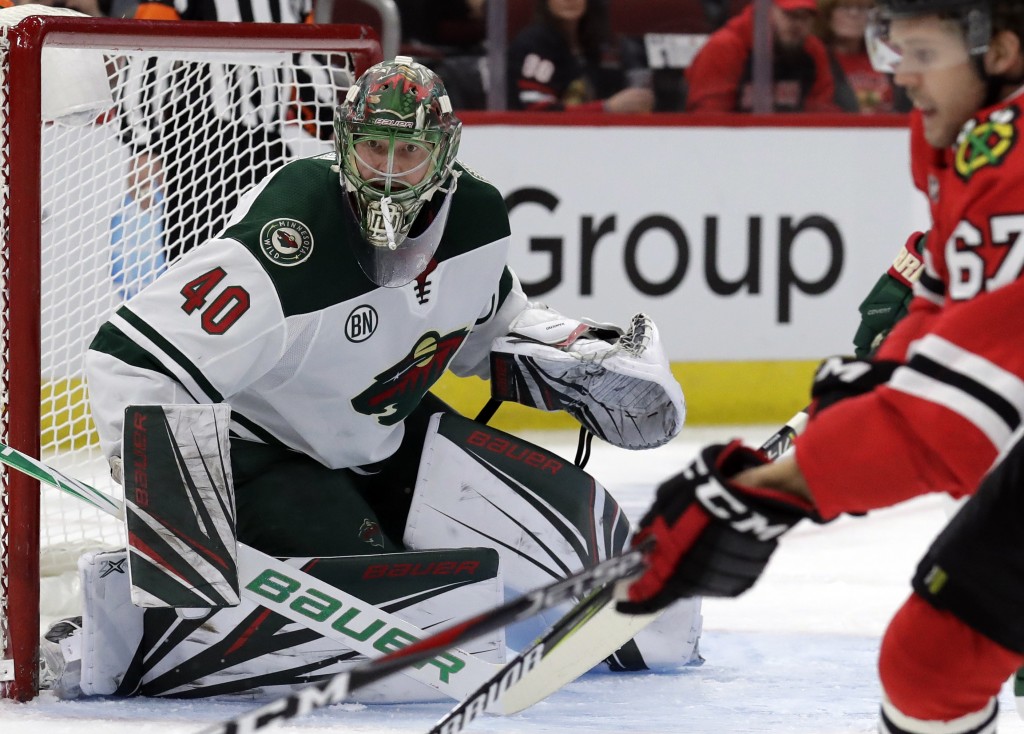 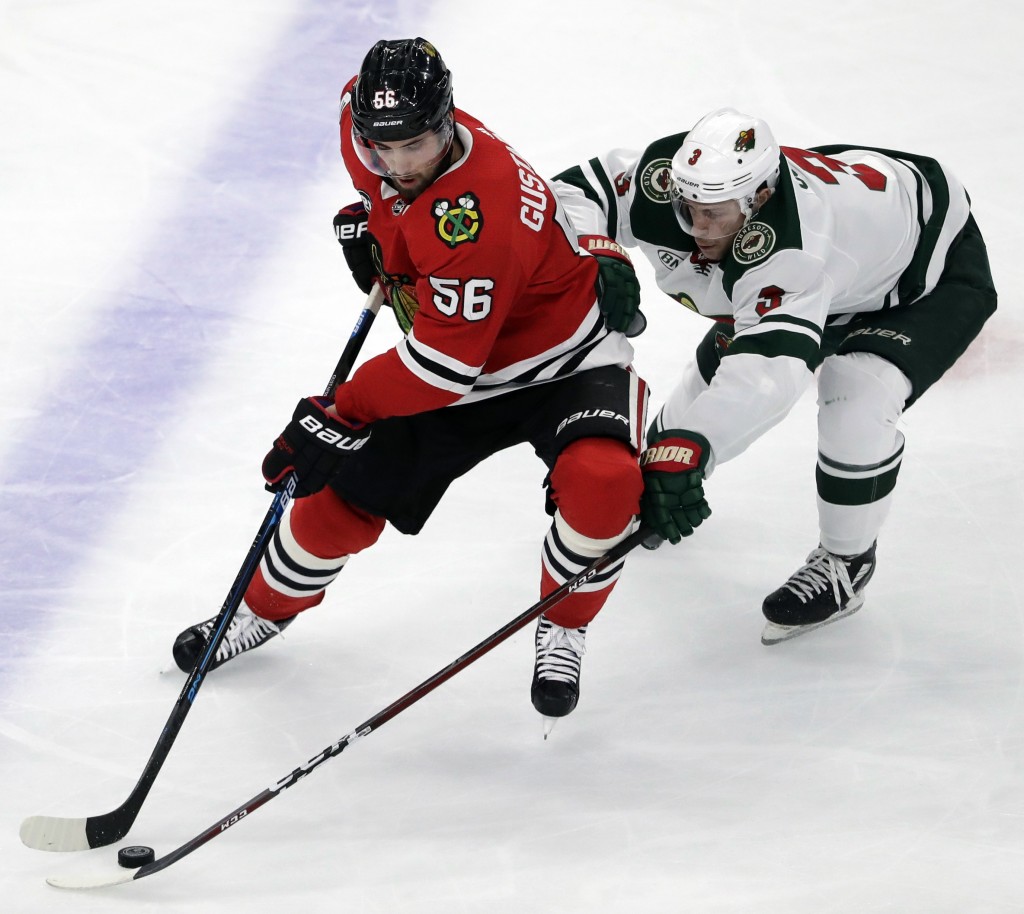 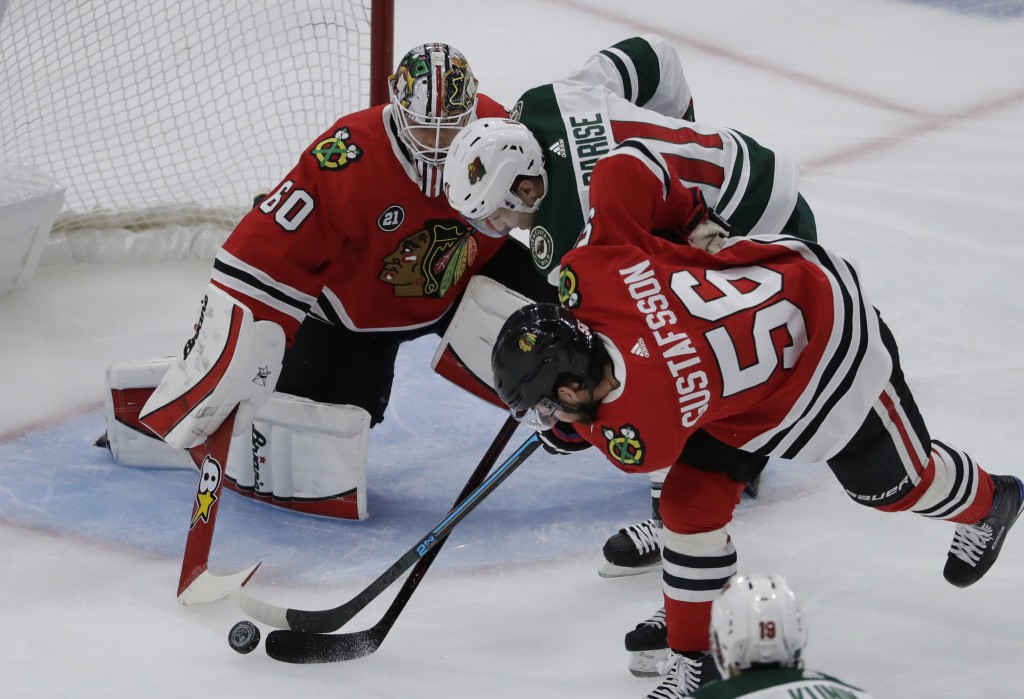 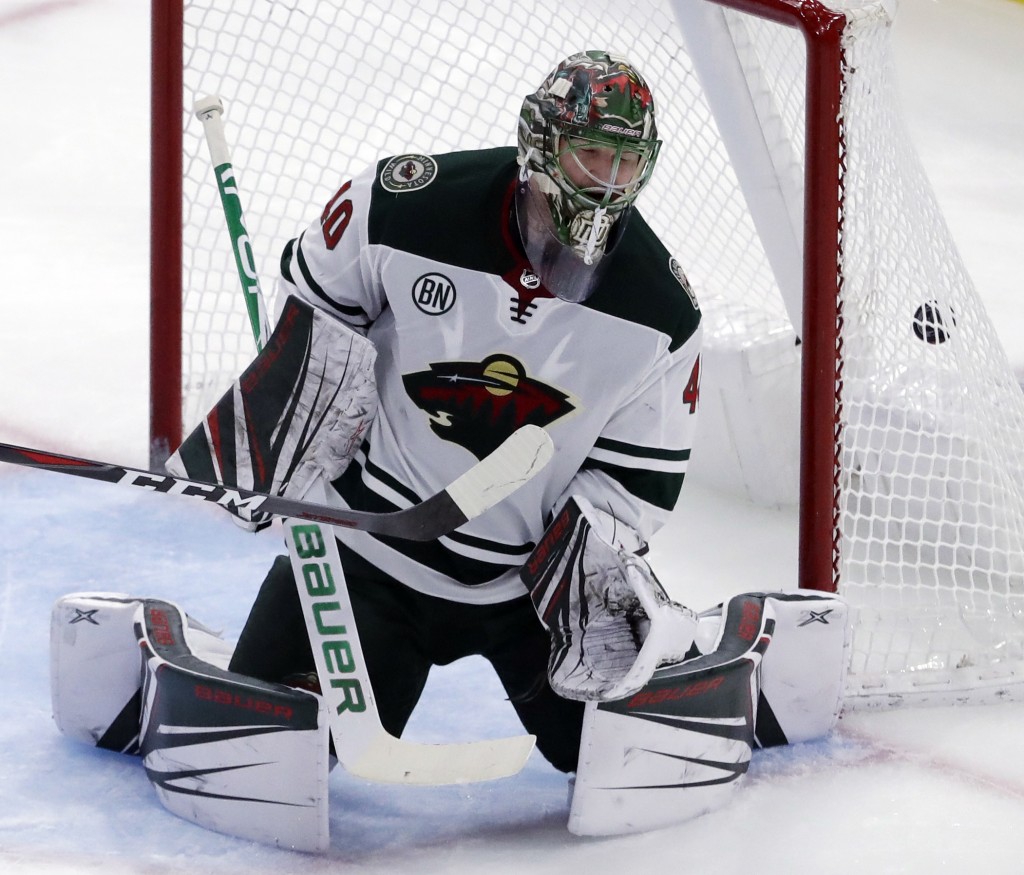 CHICAGO (AP) — Patrick Kane had a hat trick, Brandon Saad scored twice and the Chicago Blackhawks beat the Minnesota Wild 5-2 on Thursday night for their fourth win in five games.

Collin Delia made 46 saves, and Jonathan Toews, Erik Gustafsson and Dylan Strome each had two assists for Chicago, tied for last place with St. Louis in the Central Division.

Kane completed his first hat trick since March 2017. He leads the Blackhawks with 20 goals and 47 points and has five goals and five assists during a six-game point streak.

Zach Parise and Eric Staal scored for the Wild, who dropped their season-worst fifth straight (0-4-1).

Delia was sharp in his second start since being called up to fill the roster spot of No. 1 goalie Corey Crawford, who suffered a concussion on Dec. 16 versus San Jose. Minnesota outshot Chicago 48-20.

Chicago went 2 for 4 on the power play and scored more than one goal with the man advantage for the first time this season.

Kane opened the scoring 4:02 into the first. Although he was covered by Parise in the left circle, Kane batted in Gustafsson's cross-ice feed before Dubnyk could slide across the crease.

Parise tied it on a rebound with 5:00 left in the first period, two seconds after a penalty to Chicago's Brendan Perlini expired. Minnesota tested Delia with flurry of tough chances during the power play. As the advantage lapsed, Delia stopped Staal's backhanded stuff attempt, but Parise slid in a loose puck.

Saad put Chicago back in front 23 seconds into the second period on a shot from the slot. Toews' pass from behind the net bounced off Jason Zucker's stick and deflected to Saad, who connected to end a six-game drought.

Kane's second goal, a power-play score from a faceoff 3 ½ minutes later, made it 3-1. Toews pulled the draw to Gustafsson at the left point, and Gustafsson fed Kane in the right circle for a one-timer over Dubnyk's glove.

That prompted coach Bruce Boudreau to replace Dubnyk with Stalock.

Delia was sharp the rest of the way as the Blackhawks reverted to a close checking game and limited rebounds and mistakes.

Saad's second goal, a power-play score at 12:17 of the third, gave Chicago some insurance. After Stalock misplayed a loose puck, Alex DeBrincat intercepted it and fed Saad, who scored from the slot.

Boudreau pulled Stalock for an extra attacked with 3:42 left, and Staal scored on a rebound from a pileup with 50.3 seconds remaining to cut it to 4-2

Kane compelted his hat trick into an empty net on a shot from center ice with 26.9 seconds left.

NOTES: Parise was hit under the left eye by the stick of Chicago's Duncan Keith early in the second period. The Wild's leading scorer dropped to the ice but skated to the bench and returned a few minutes later. ... Dubnyk played in his 260th game with the Wild, tying the 32-year-old with Manny Fernandez for second most by a Wild goalie. ... Minnesota star D Matt Dumba missed his fourth game with a torn right pectoral muscle. He had surgery this week and is expected to miss three months. ... Chicago C Marcus Kruger sat out his fourth game (concussion). ... Wild F Joel Eriksson Ek, a healthy scratch for the second straight game and third time this season, will be sent to AHL Iowa once the NHL's holiday roster freeze ends Friday.

Wild: At Winnipeg on Saturday.

Blackhawks: At Colorado on Saturday.