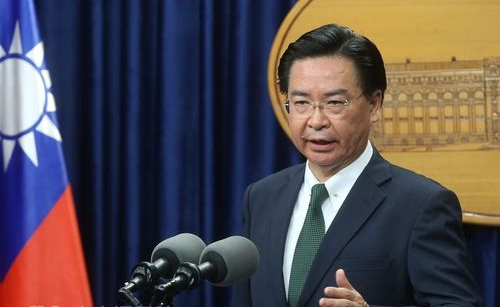 TAIPEI (Taiwan News) -- Taiwan’s Foreign Minister Joseph Wu (吳釗燮) sat down for an interview with Radio Free Asia on Dec. 26 to discuss the current state of Taiwan’s politics, and the country’s foreign relations.

Speaking on the issue of possibly joining the United Nations, Wu reiterated that no matter what the country is called, the only way Taiwan will consider joining the UN is on an independent basis with the same “rights and responsibilities” of any other country.

“We have a democratically elected president and legislature. Those are realities that cannot be erased. So it doesn't really matter if we call ourselves Taiwan or the Republic of China, or some other creative solution; there is still no way to change the reality of our independent existence.”

The Foreign Minister also speculated that in the future, Taiwan may be compelled to develop even stronger economic ties with the U.S., as a consequence of the ongoing U.S.-China trade war.

“In the future, if the U.S. implements sanctions on the electronics industry [in China], we in Taiwan could wind up with a more direct link to the industry in the U.S. which would be a pretty big benefit from our point of view…If the U.S. forces China to change its trade practices, then that could benefit China's long-term development, as well as that of Taiwan and the rest of the world.”

The Radio Free Asia interviewer asked Wu about some examples of how China was suppressing Taiwan internationally, to which Wu replied “there are too many!”

China’s dollar diplomacy and Beijing’s success in manipulating the United Nations creates serious problems for Taiwan on the world stage, observed Wu. He said it is “very frustrating” that Taiwan is consistently misrepresented as a territory of China, despite being an independent country.

“Why would we go through China to participate in international organizations and events, as if we were a part of China? This is unacceptable to the people of Taiwan.”

Looking forward, Wu expressed some optimism for the future, noting that, thanks to the efforts of the United States, many like-minded governments were coming around and showing increased support for Taiwan’s participation in international organizations.