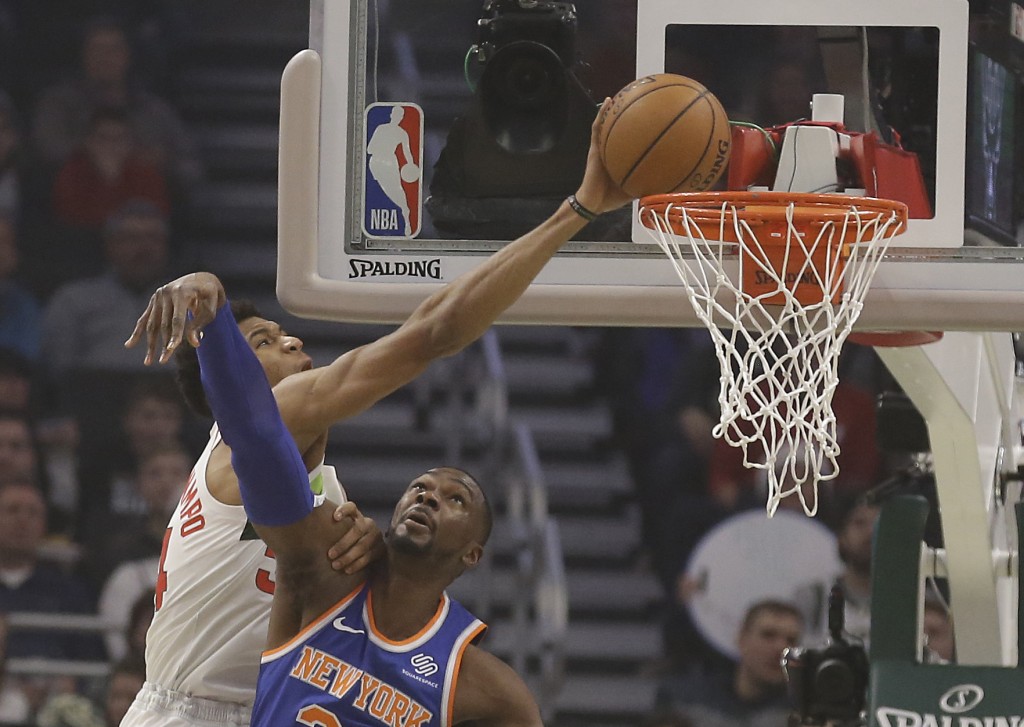 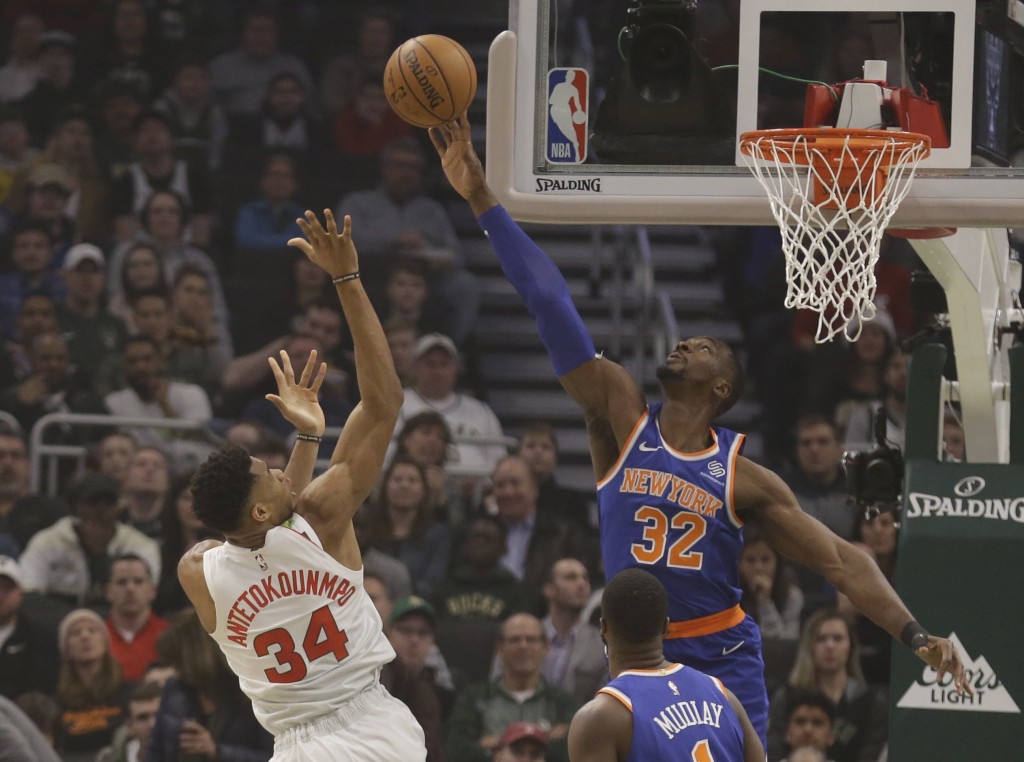 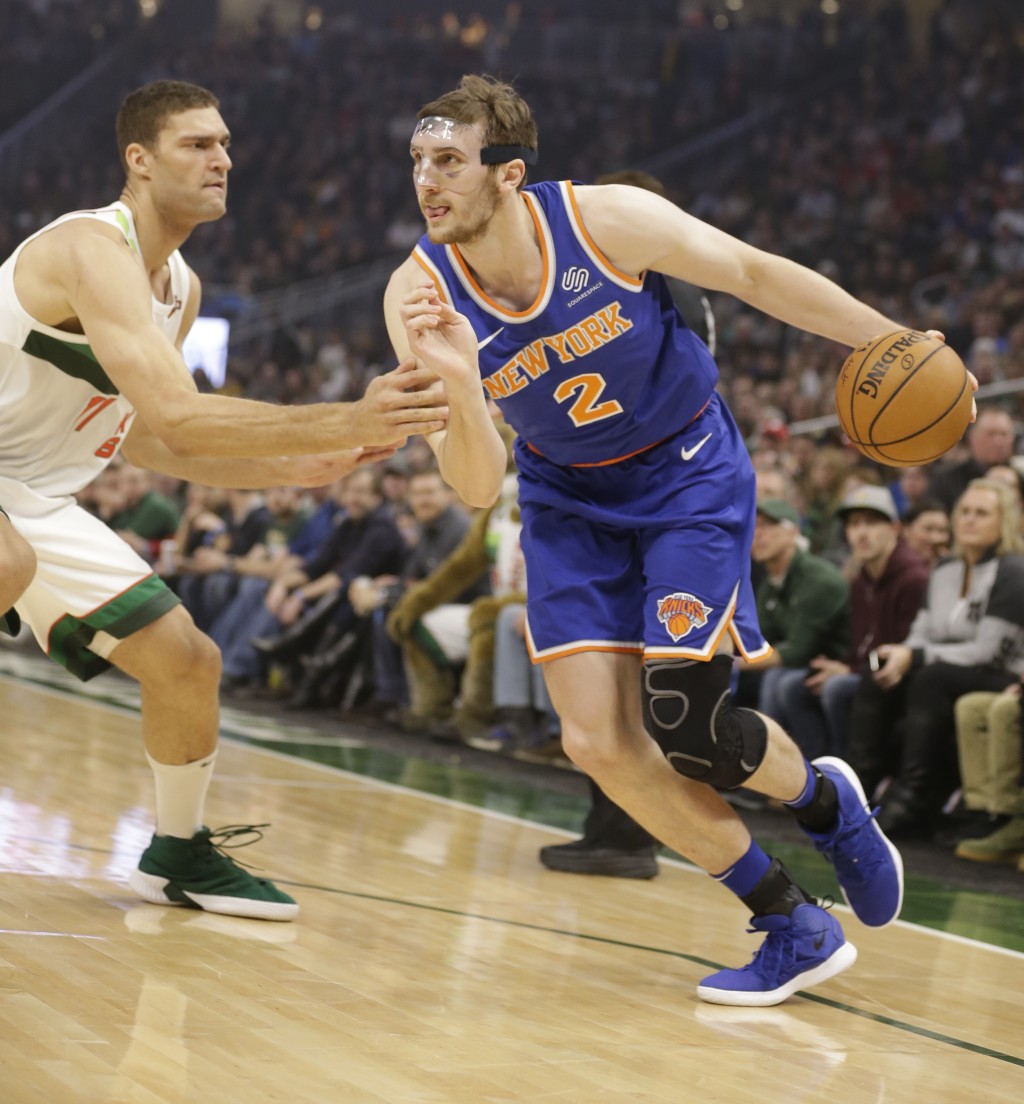 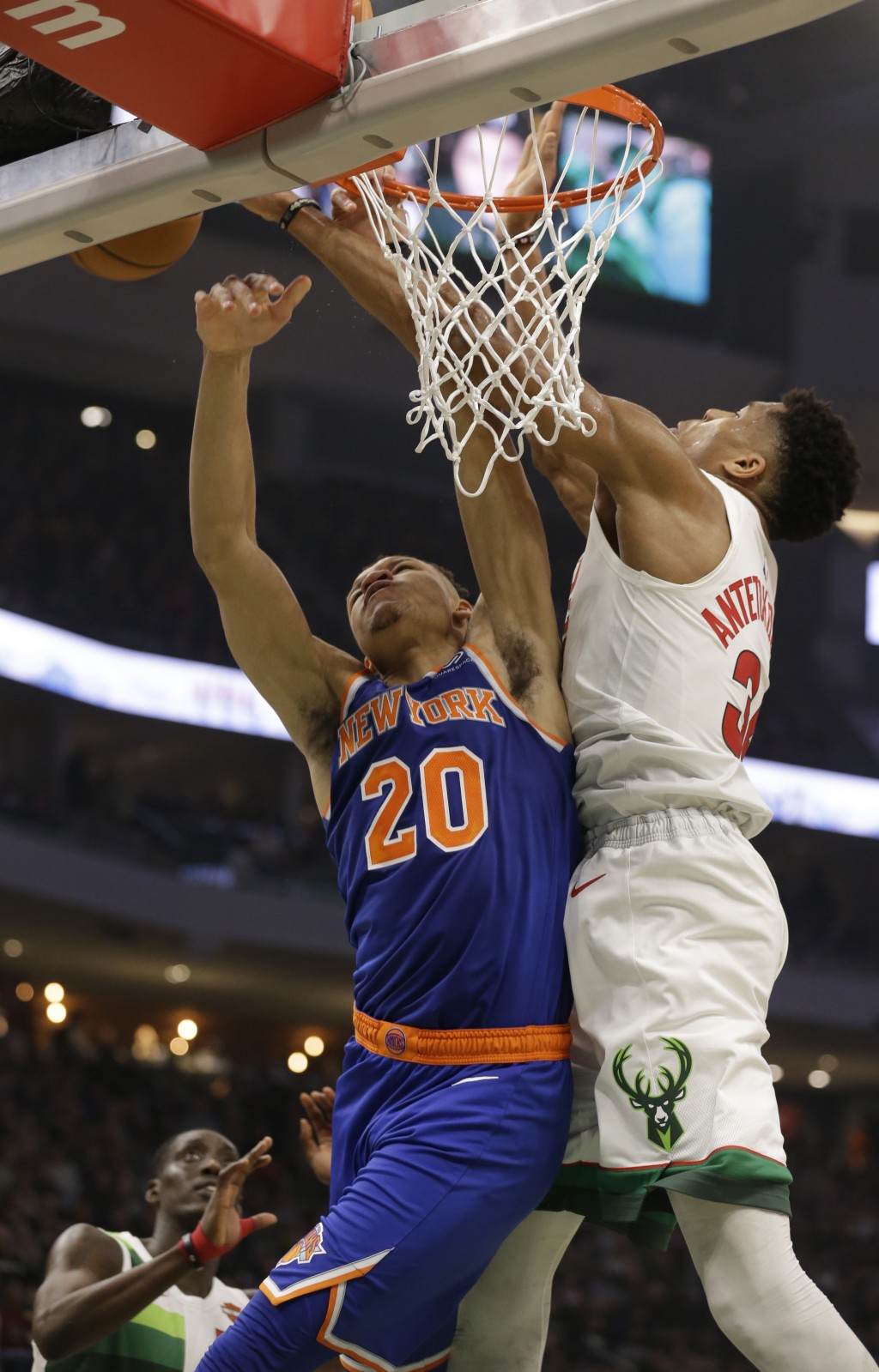 The Bucks swept the home-and-home series, having won at New York 109-95 on Christmas.

Luke Kornet, making his first start of the season in place of Enes Kantner, tied a career high with 23 points, and Noah Vonleh added 15 points and 13 rebounds for the Knicks. New York, playing without leading scorer Tim Hardaway Jr. because of an illness, lost its sixth straight.

Milwaukee erased an early 10-point deficit and led 53-48 at half. The Bucks extended the lead to 87-77 entering the final period.

Milwaukee used an 18-2 run midway through the second quarter to open a 44-37 lead. New York scored the final four points of the half to pull within 53-48.

The Bucks, who entered second in the league in both 3-pointers made and attempted, missed their first eight 3-point attempts.

Knicks: New York opened a six-game road trip, which now heads west for five games that include teams with four of the six best records in the Western Conference. "I think it's good for us," Knicks coach David Fizdale said. "Fifteen days out and just us, together going through the gauntlet of good teams. I think that's a great experience for this team."

Bucks: Milwaukee opened a six-game homestand against the Knicks, who entered 9-26. Of the next five opponents, only Toronto (26-10) is above .500.