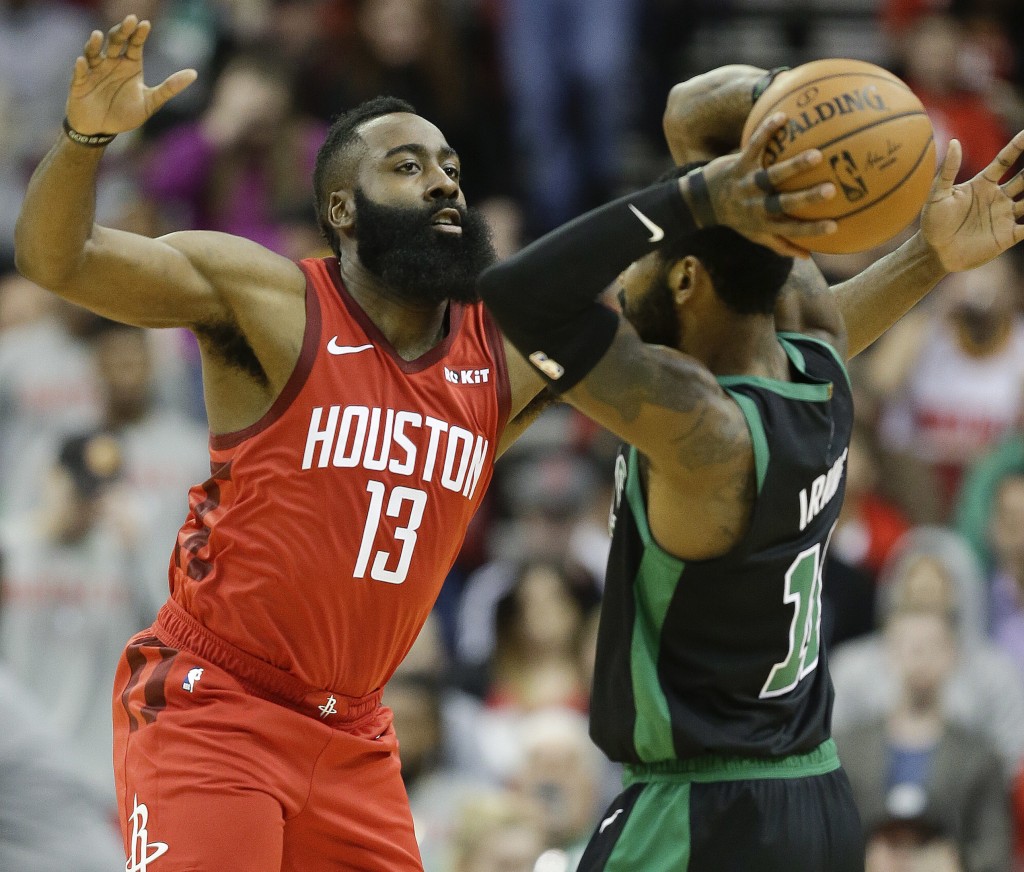 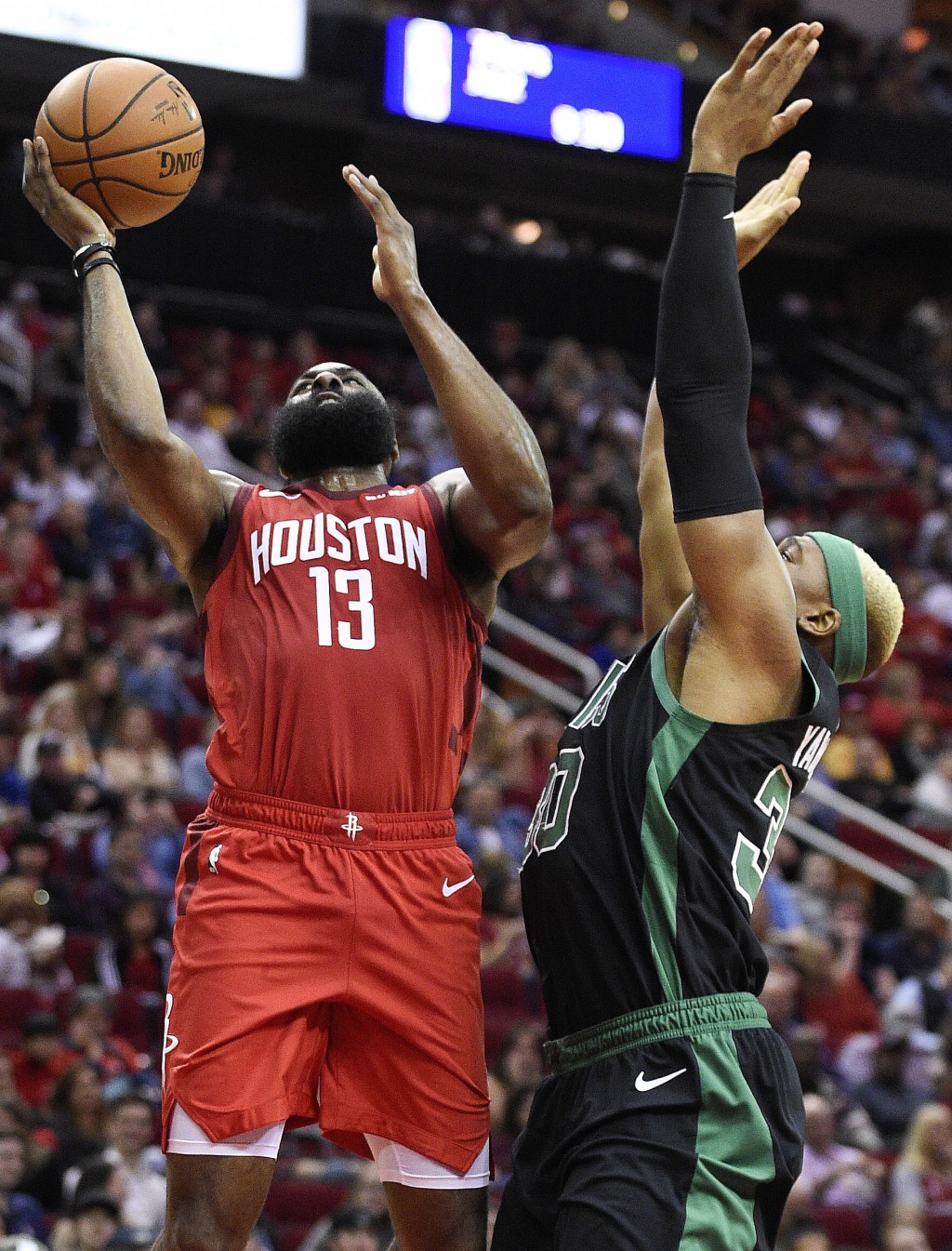 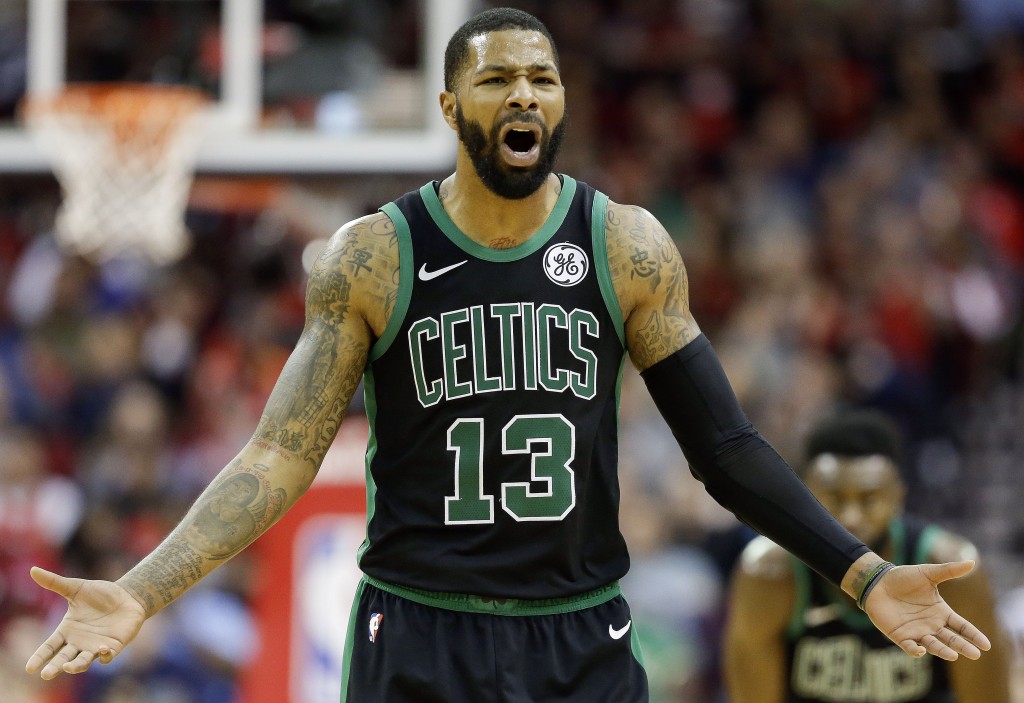 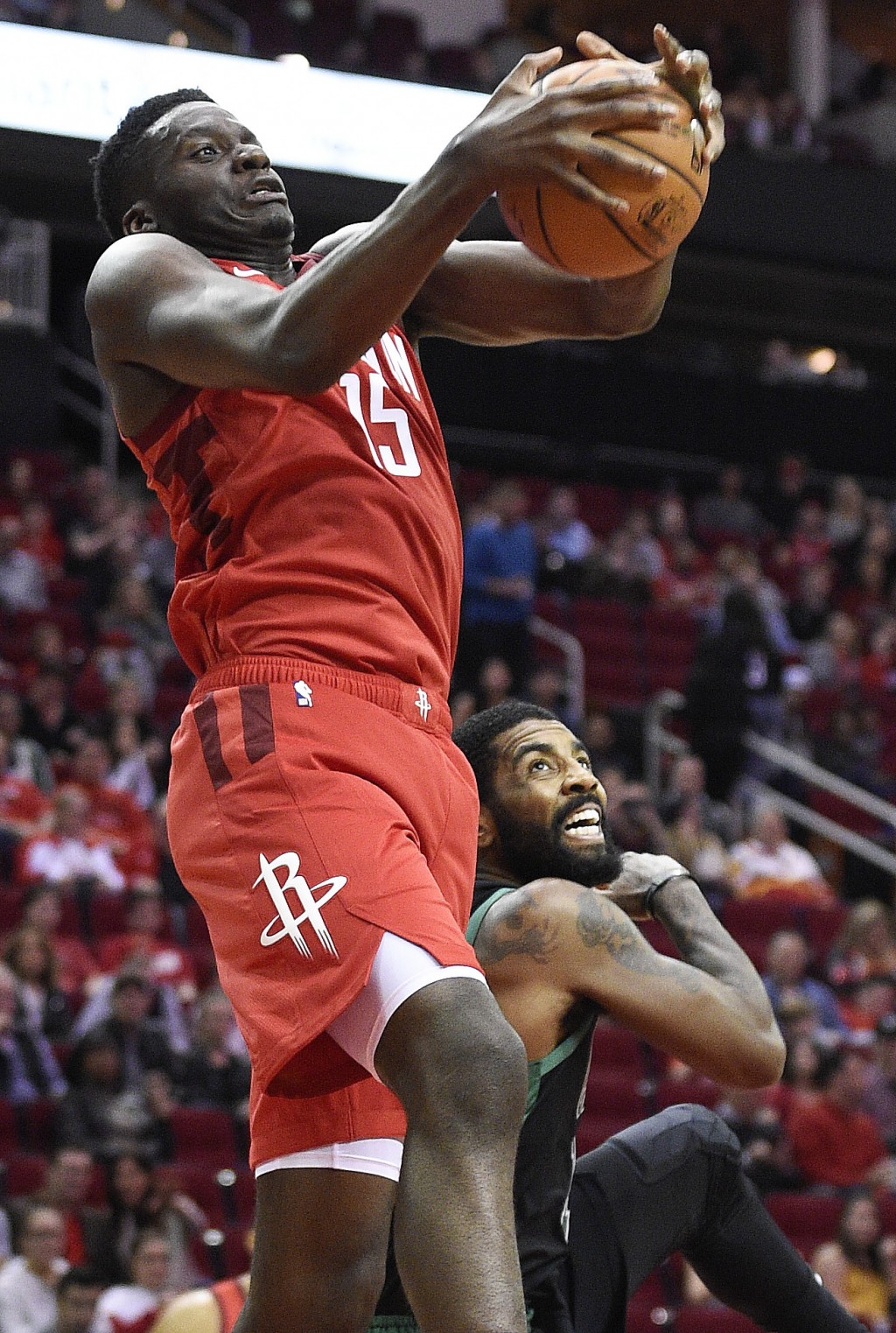 HOUSTON (AP) — James Harden had 45 points and six assists, Clint Capela added 24 points and 18 rebounds, and the Houston Rockets beat the Boston Celtics 127-113 on Thursday night for their eighth win in nine games.

Harden, who was playing on a bruised left calf, had 17 points in the first quarter and finished 11 of 26 from the field, including 9 of 18 on 3-pointers. Eric Gordon scored 20 points for Houston, which shot 48 percent while improving to a season-high four games above .500. Houston finished 18 of 45 on 3-pointers.

Kyrie Irving had 23 points and 11 assists, Marcus Morris added 19 points before being ejected midway through the fourth quarter, and Jaylen Brown had 18 points off the bench for Boston, which shot 47 percent but was outrebounded 54-38.

The Rockets used a 14-4 run to end the third and start the fourth to open up a 103-90 lead on back-to-back 3-pointers by Gerald Green with 9 minutes remaining. Boston got no closer than 10 the rest of the way.

Houston opened up a 41-24 advantage a minute into the second on 3-pointer by Danuel House Jr. Trailing 50-33, Boston used a 22-7 run to end the half, aided by three technical fouls against the Rockets in barely a minute, to cut the lead to 57-55 on Marcus Smart's 3-pointer. Irving had seven in the run.

Rockets: James Ennis missed his eighth straight game with a strained right hamstring, but coach Mike D'Antoni said he was "close" to returning. ... Green and Austin Rivers each scored 10 points.

Within a 61-second span of the second quarter, Houston's bench, D'Antoni and Capela were all called for technical fouls. Capela's, which was the last with 2:28 remaining, was called for hanging on the rim following a dunk.