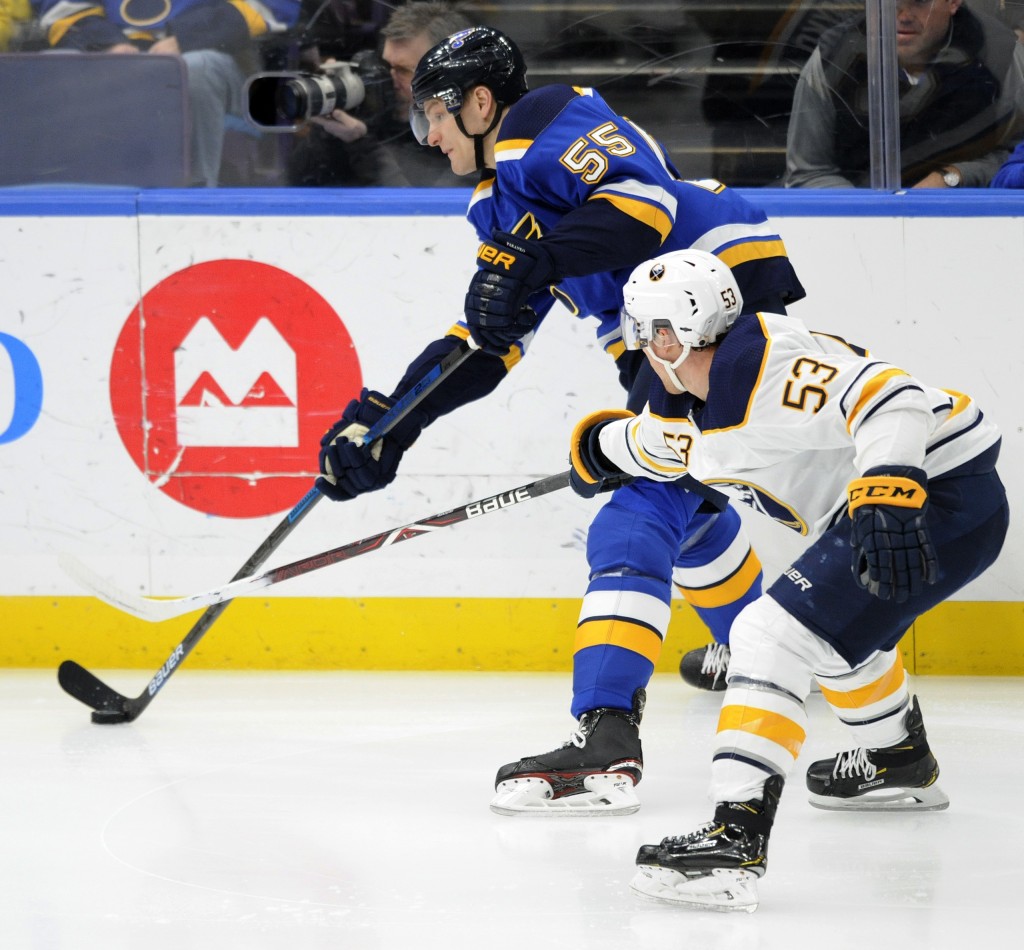 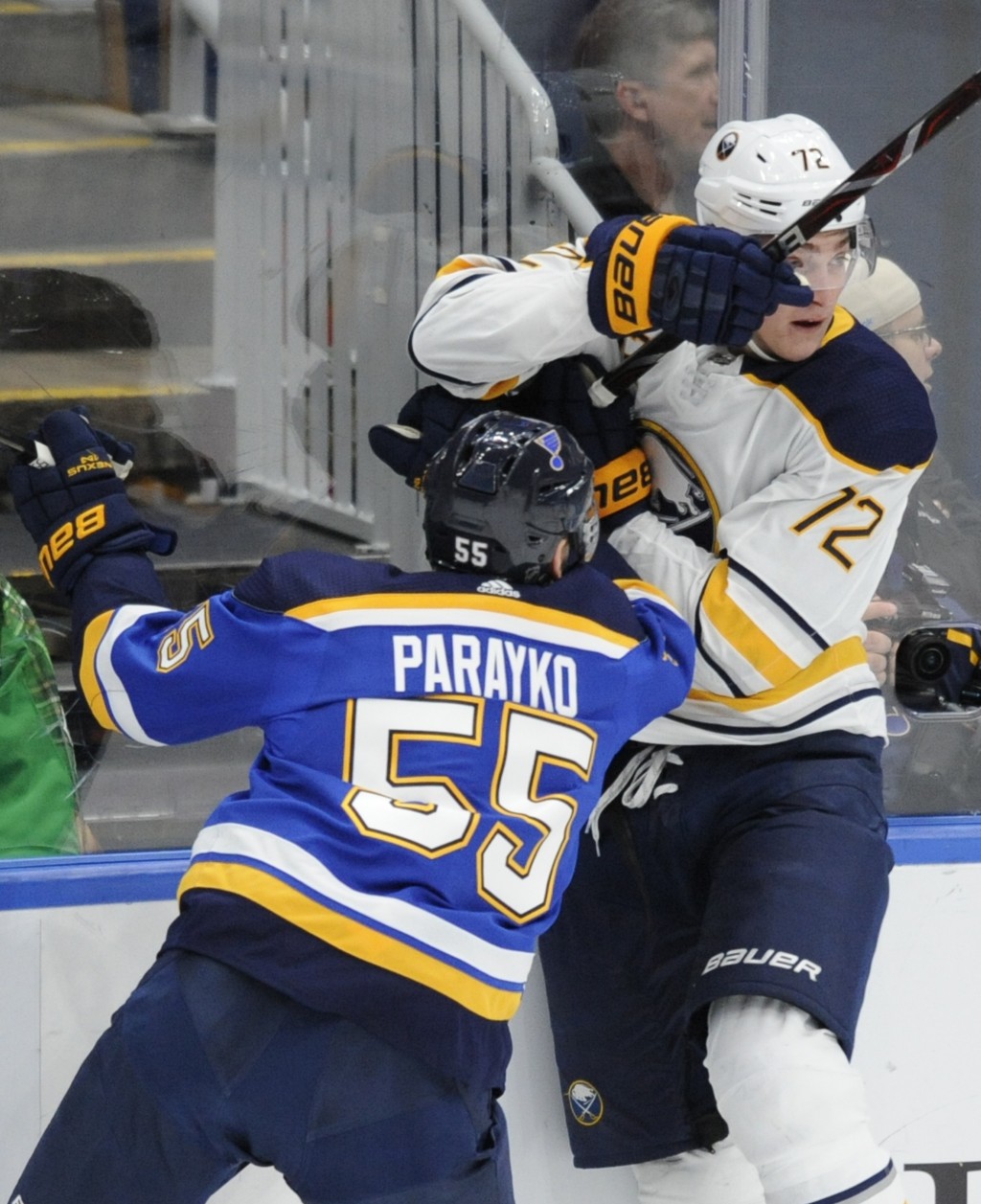 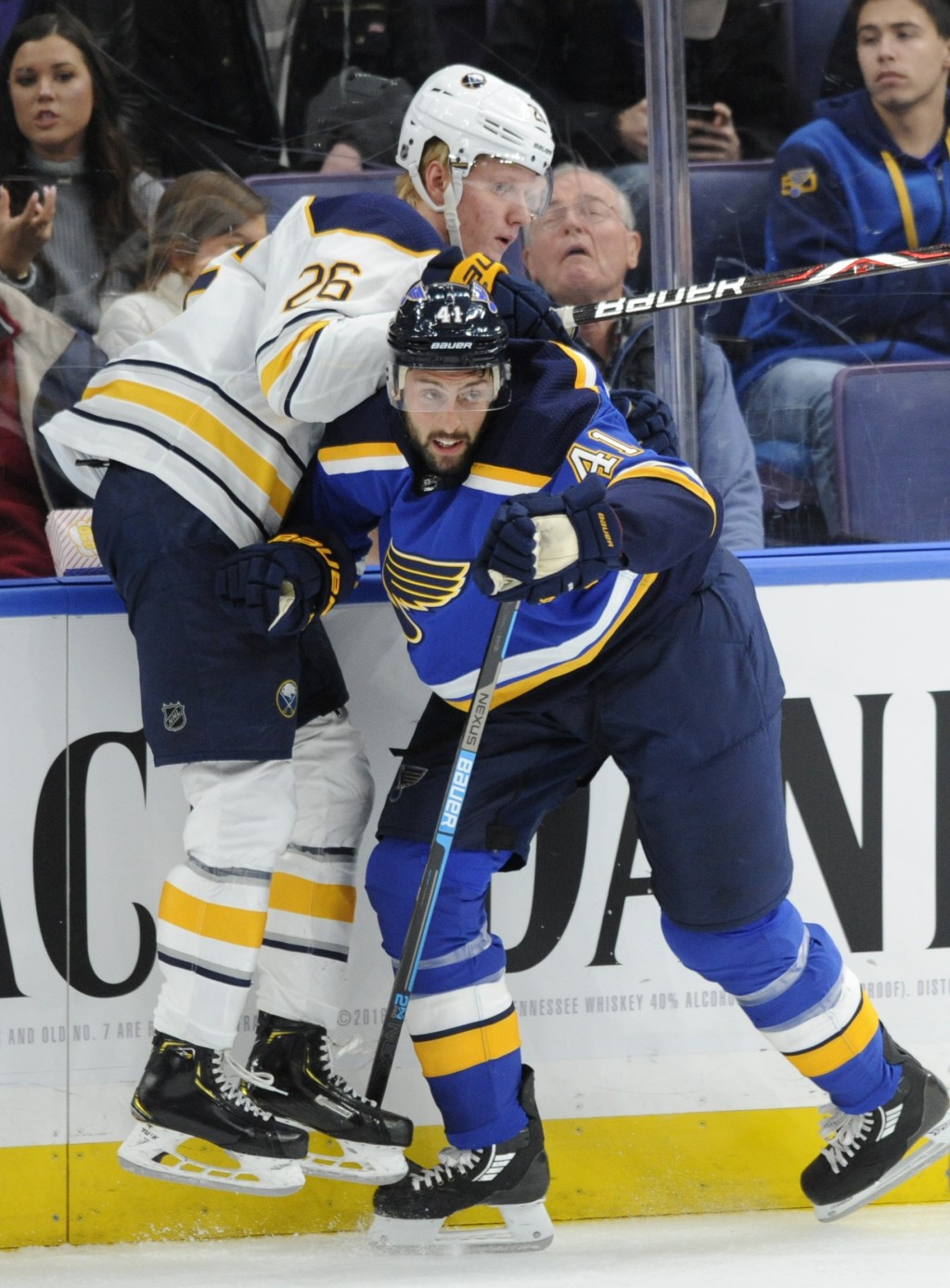 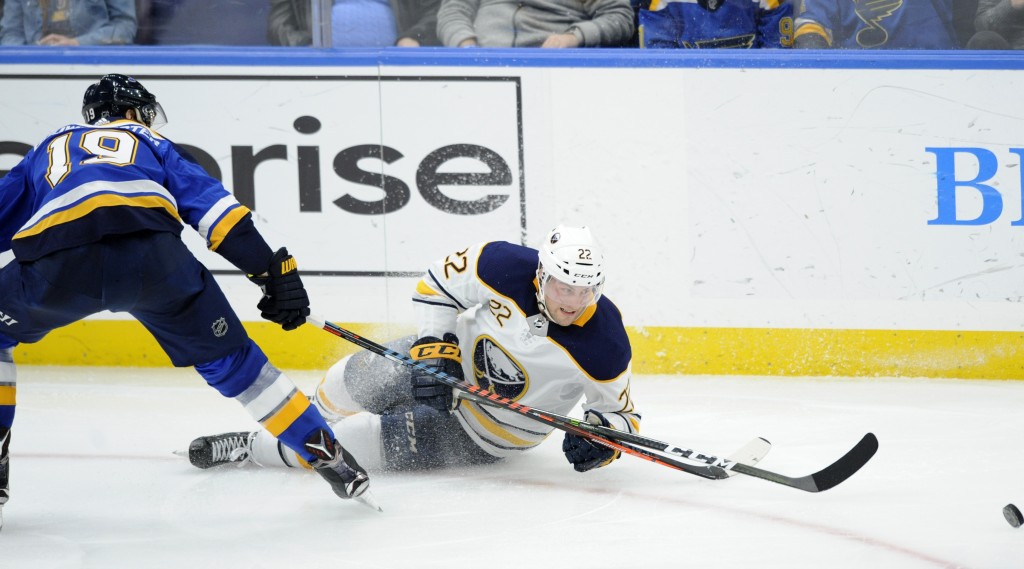 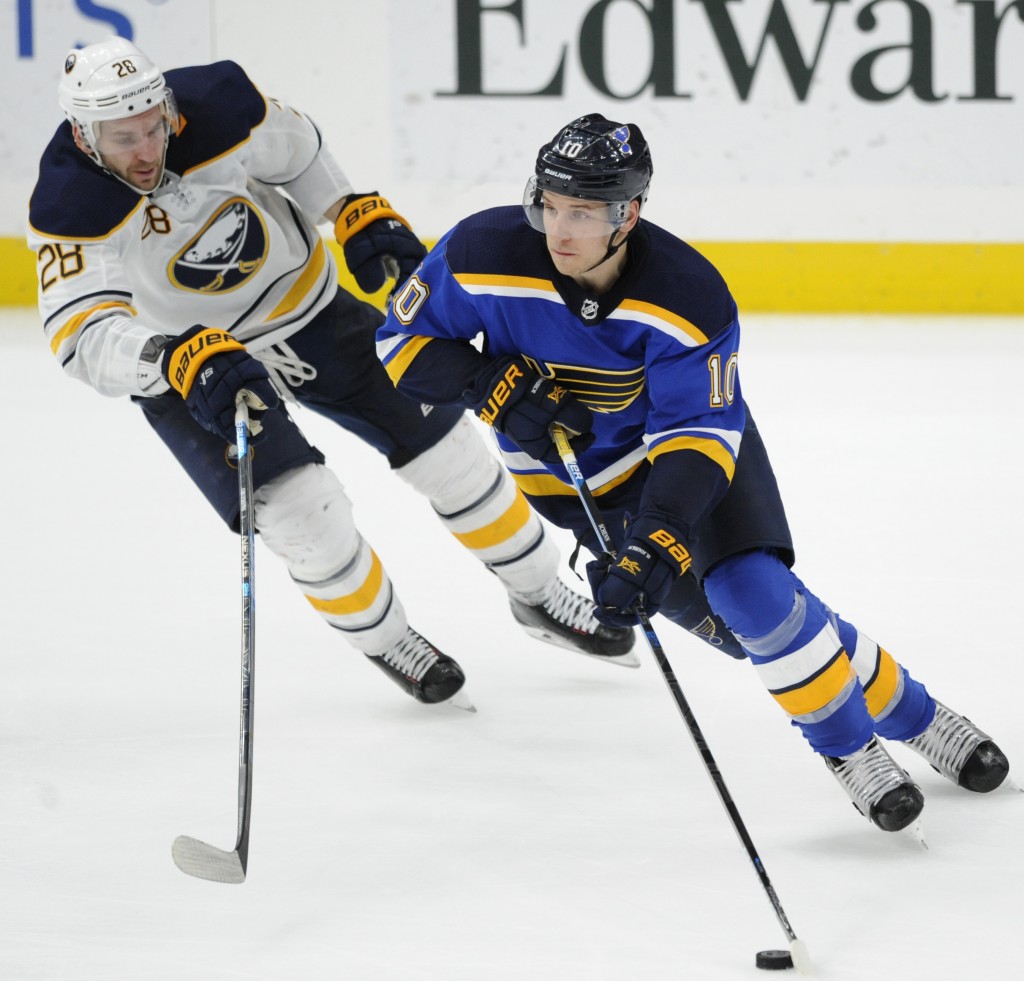 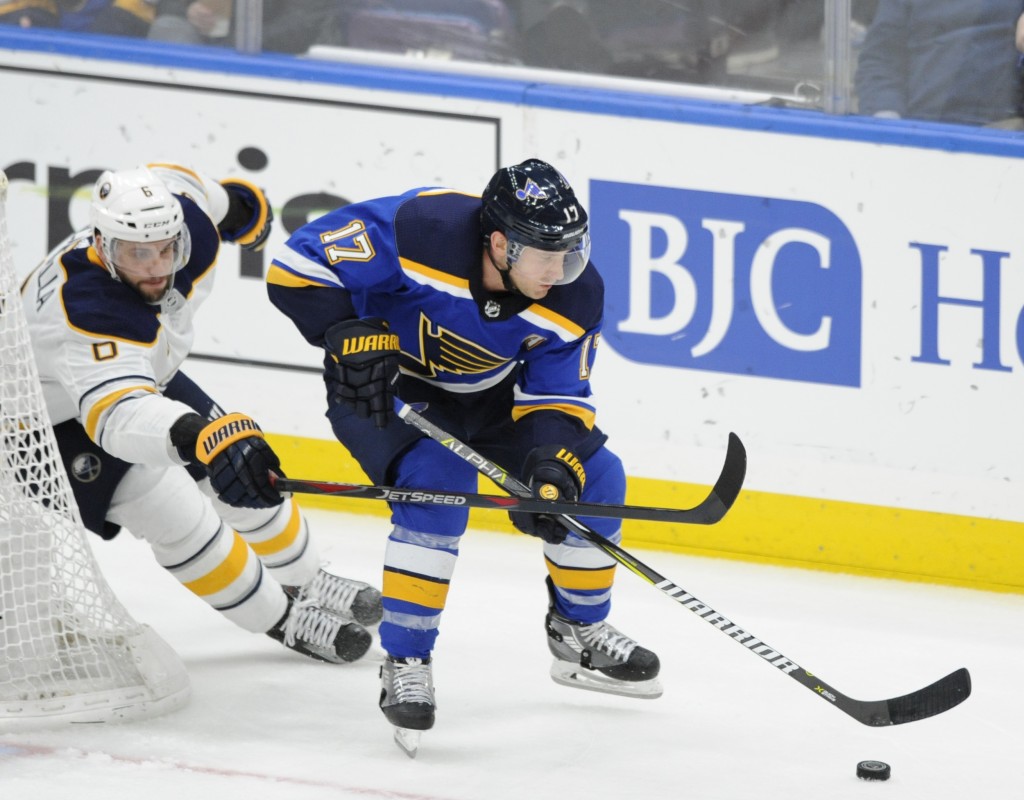 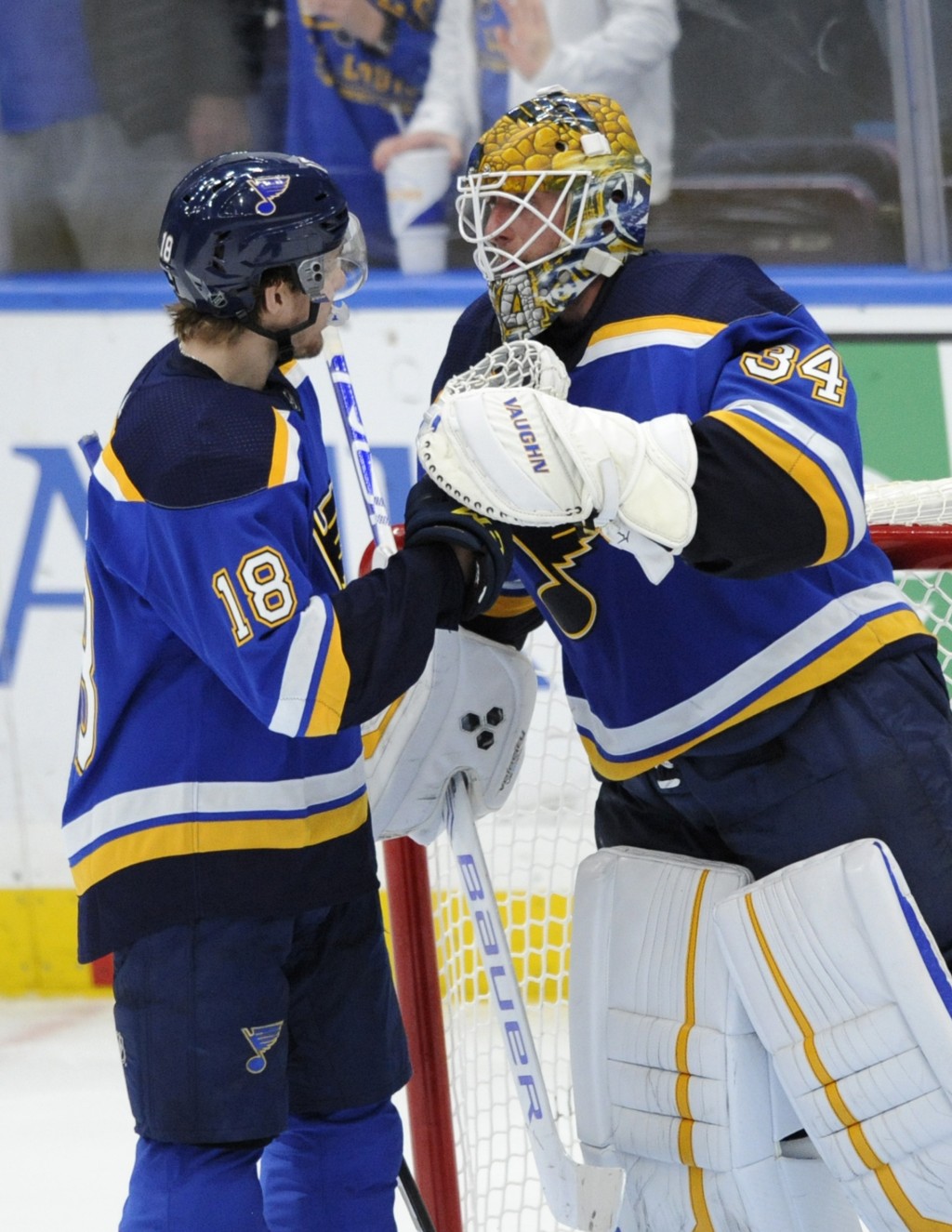 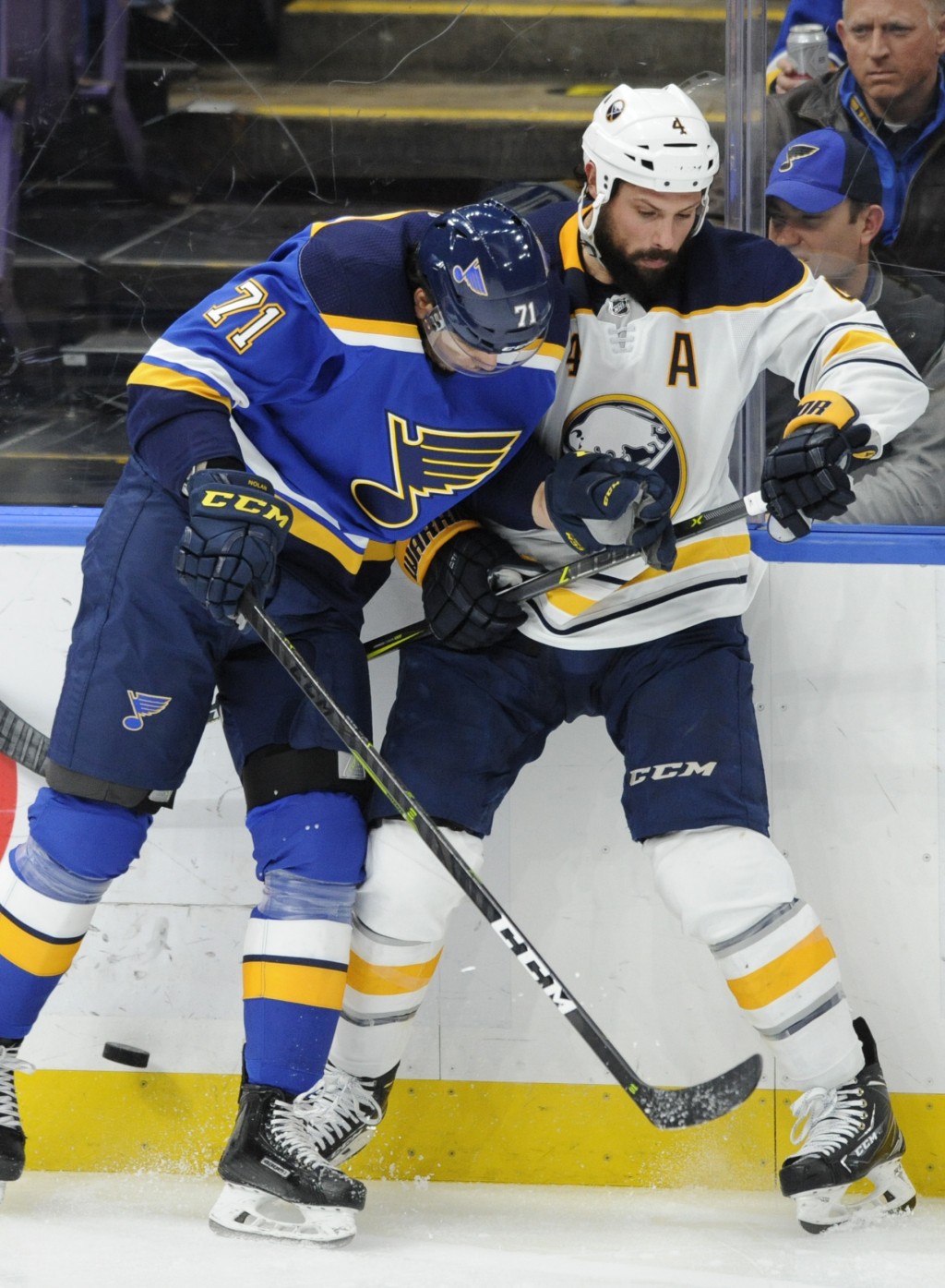 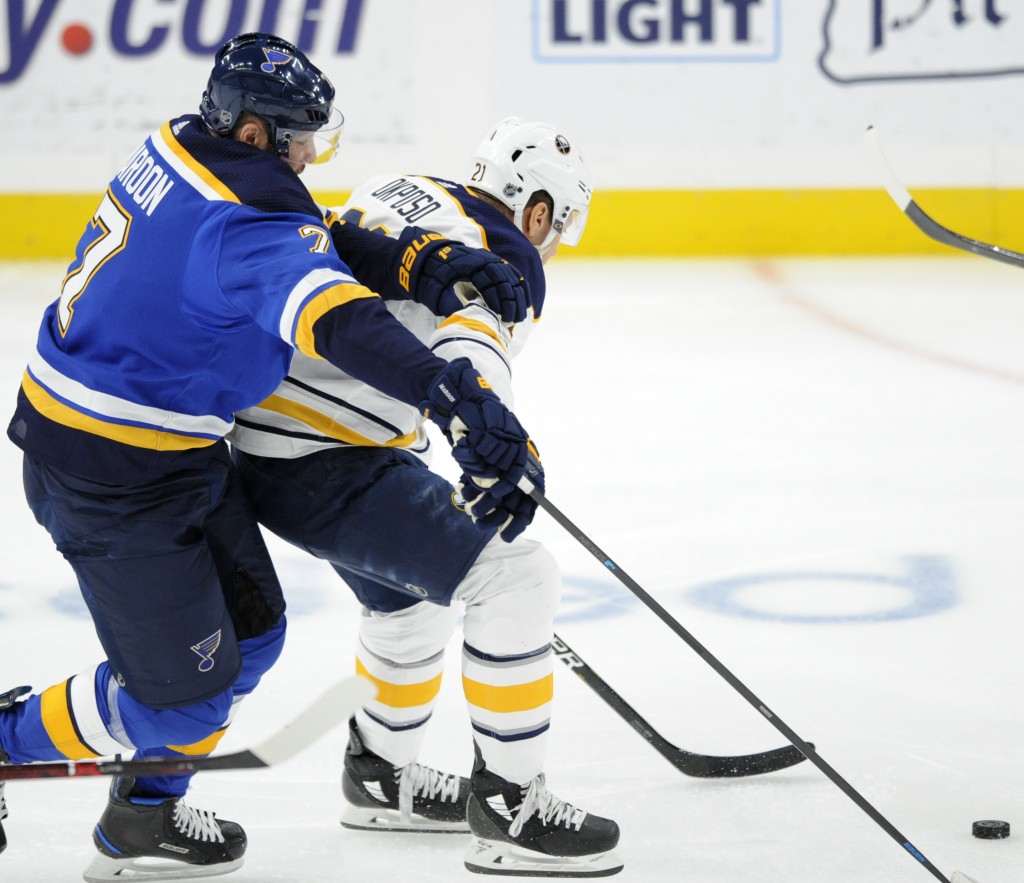 ST. LOUIS (AP) — Robert Thomas had a goal and an assist and Jake Allen made 30 saves to lead the St. Louis Blues to a 4-1 victory over the Buffalo Sabres on Thursday night.

Jack Eichel scored his 15th goal of the season in the second period for the Sabres.

Thomas scored his third goal of the season by swatting the rebound of a shot by Vince Dunn underneath Hutton, who inadvertently knocked it into his net with his elbow.

Hutton stopped 28 of 32 shots in his first appearance against St. Louis after spending the previous two seasons with the Blues. He lost his third consecutive start and fell to 13-11-2 on the season and 0-3-3 against his former teammates.

Bouwmeester pushed the lead to 2-0 10:01 into the second period. He one-timed a feed from David Perron and scored his first goal since Feb. 13, 2018, at Nashville.

Maroon added some insurance when he backhanded a pass from Thomas past Hutton while positioned behind the goal line. It was his third goal of the season.

O'Reilly put the game out of reach when he scored his team-leading 14th goal of the season late in the third period. O'Reilly was making his first appearance against Buffalo since the Sabres traded him to St. Louis during the offseason. He had played three seasons and 224 games with Buffalo.

Eichel scored on the power play 17:25 into the second period. The goal was Eichel's 10th in 10 games and the first of his career against the Blues. Montreal and Florida are the only two teams Eichel has not scored against.

NOTES: St. Louis LW Robby Fabbri missed his 10th consecutive game with an upper body injury. Blues interim coach Craig Berube said before the game that Fabbri is physically ready to return to the lineup. . Buffalo has not won in St. Louis since Dec. 27, 2009. . D Rasmus Ristolainen has registered a point in four straight games.

Sabres: Host Boston on Saturday to open a three-game homestand.