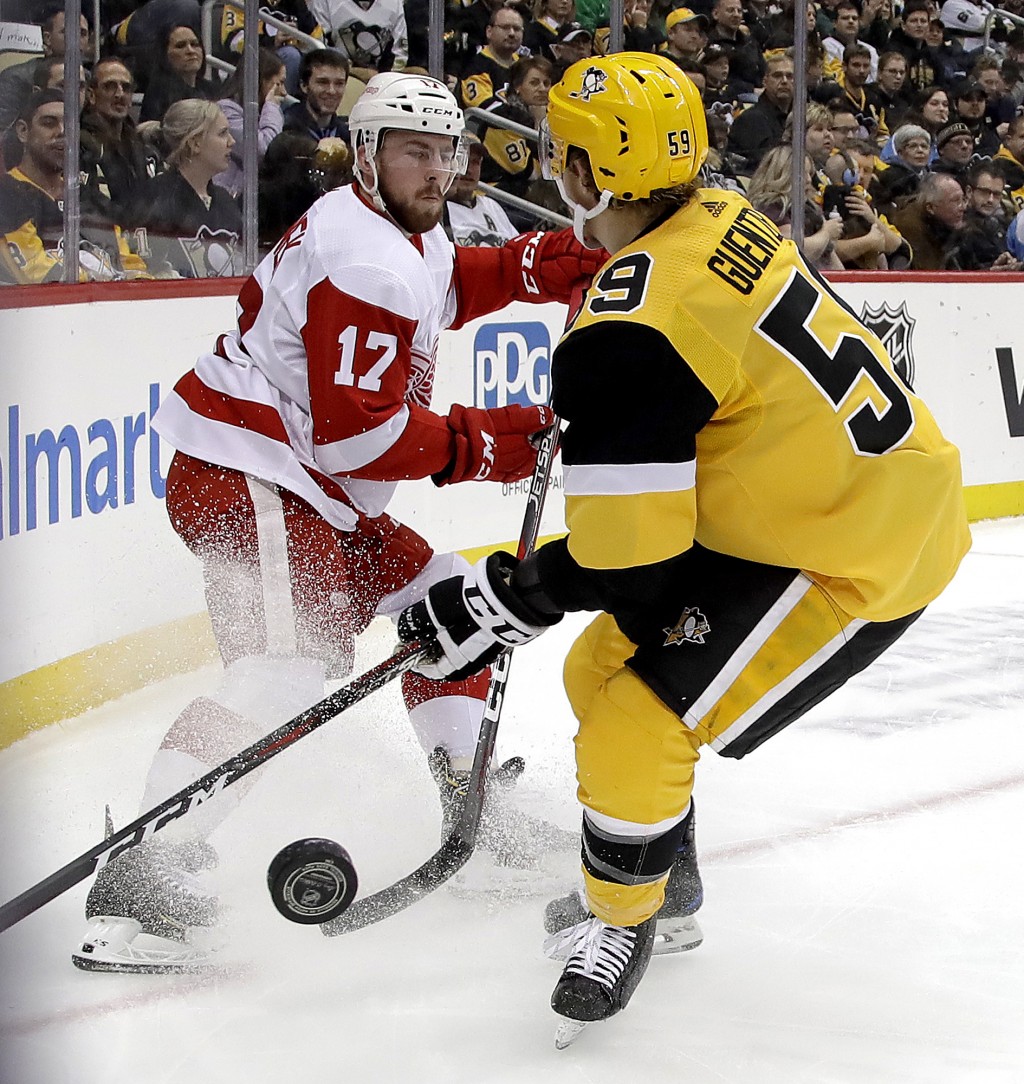 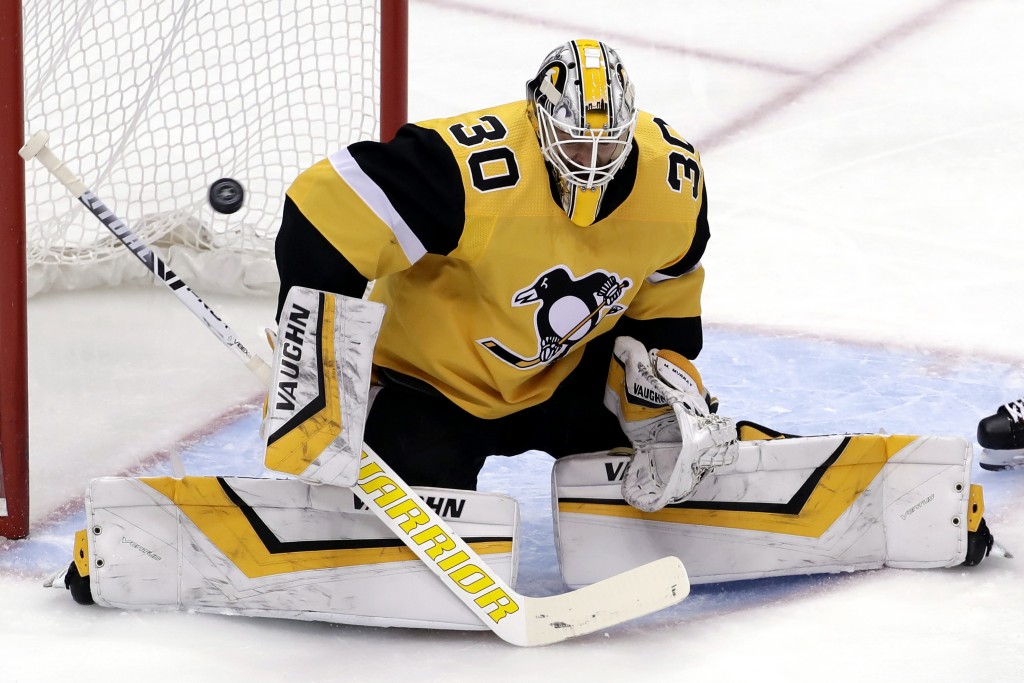 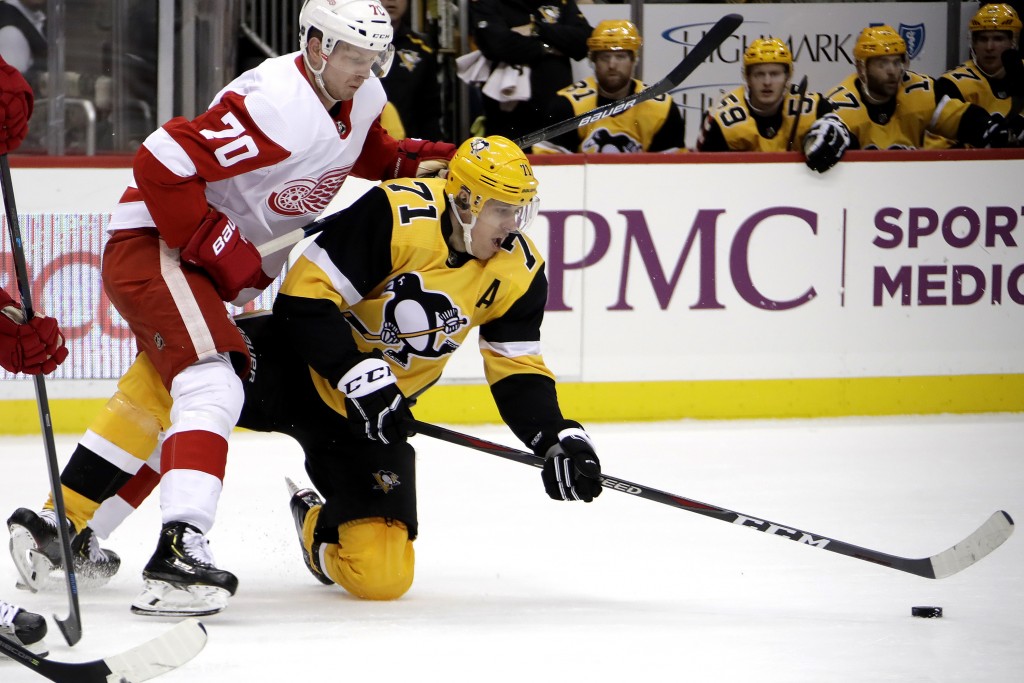 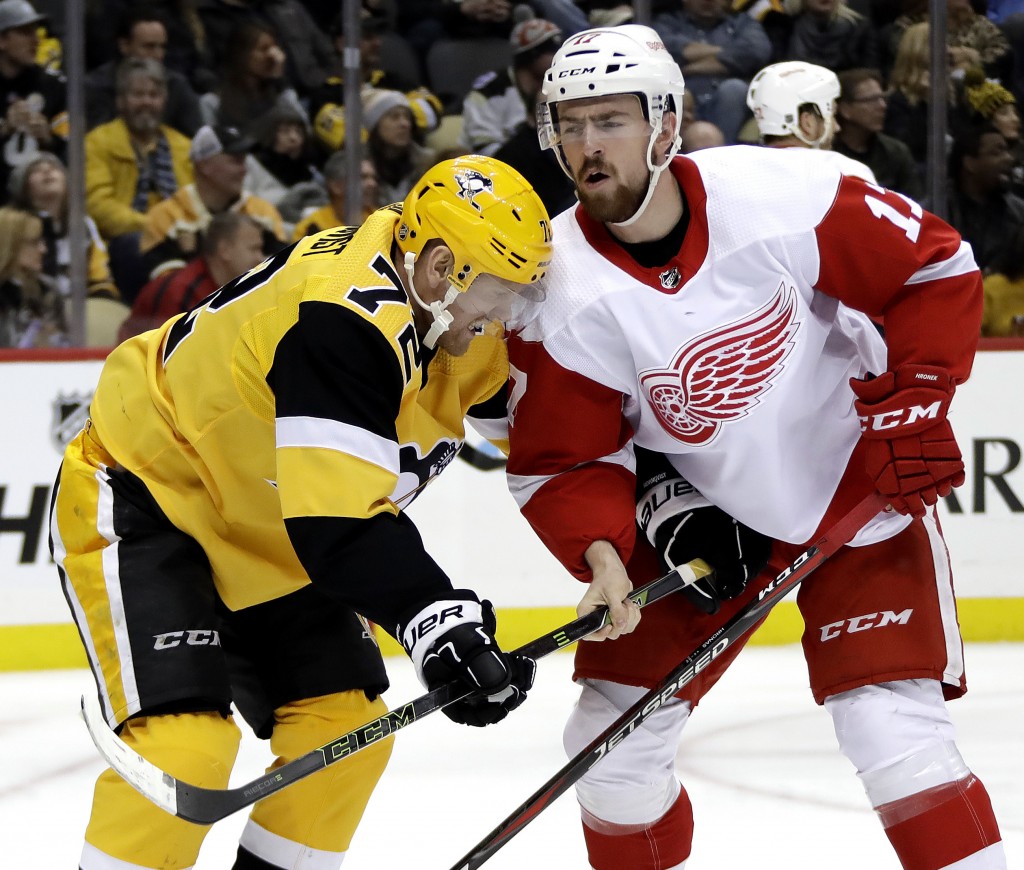 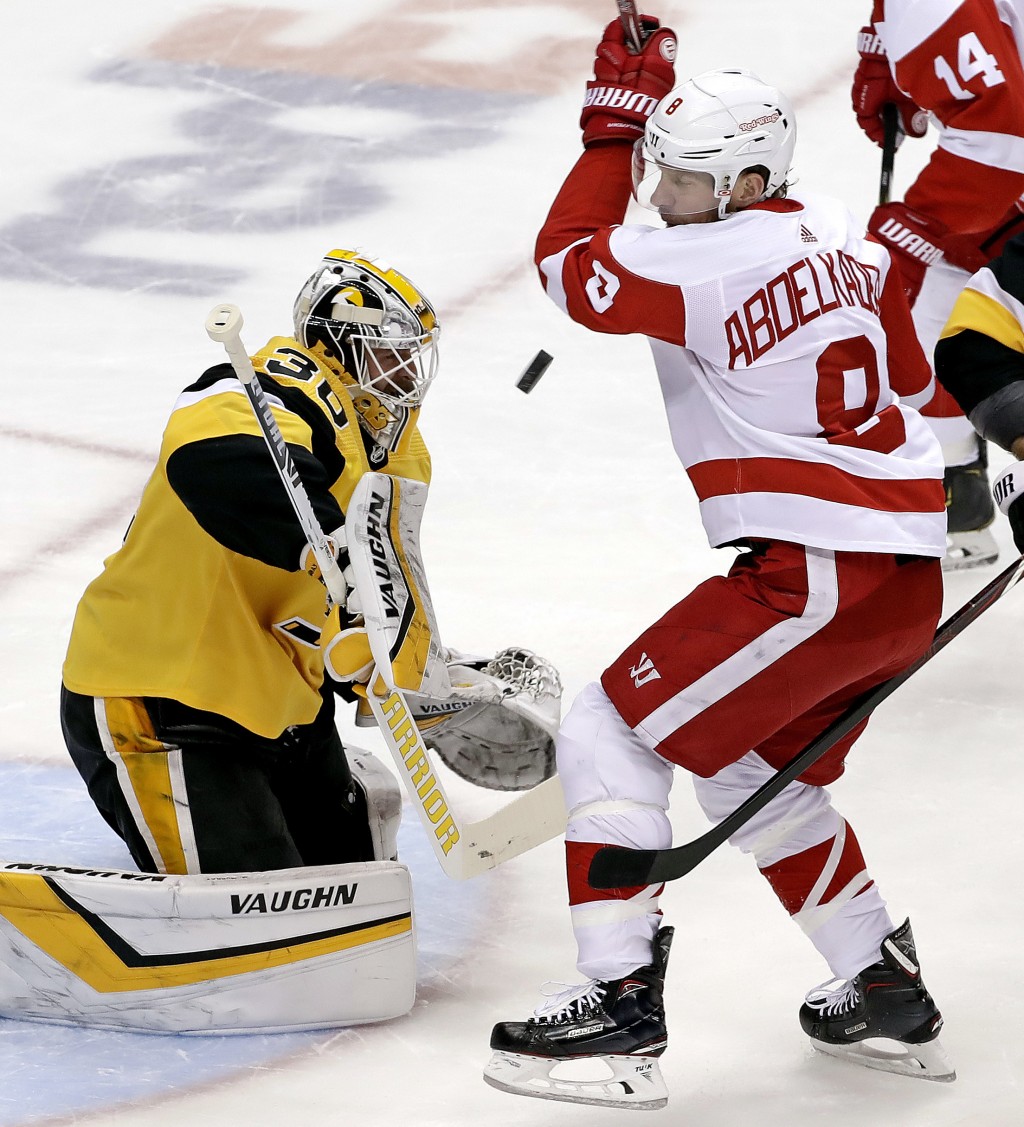 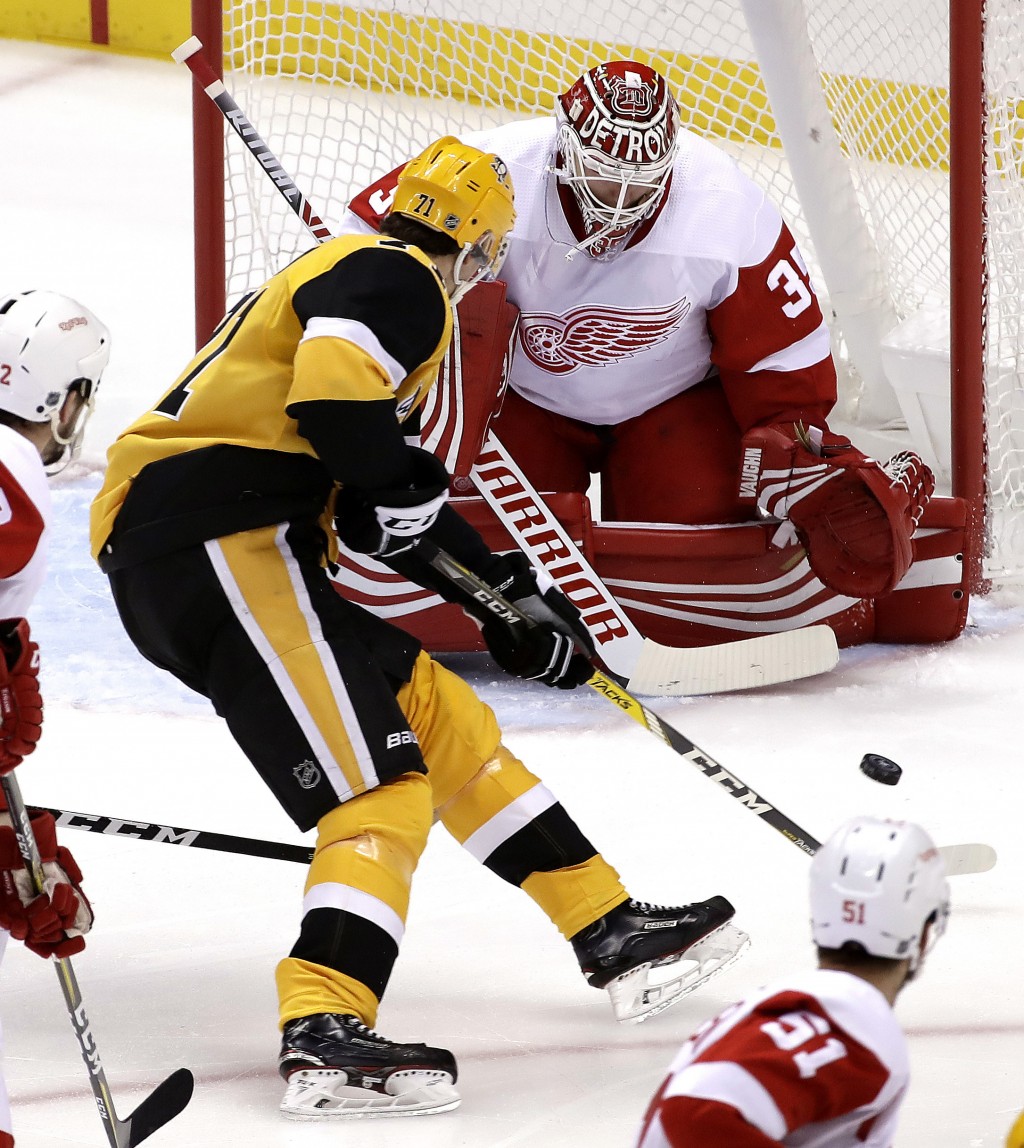 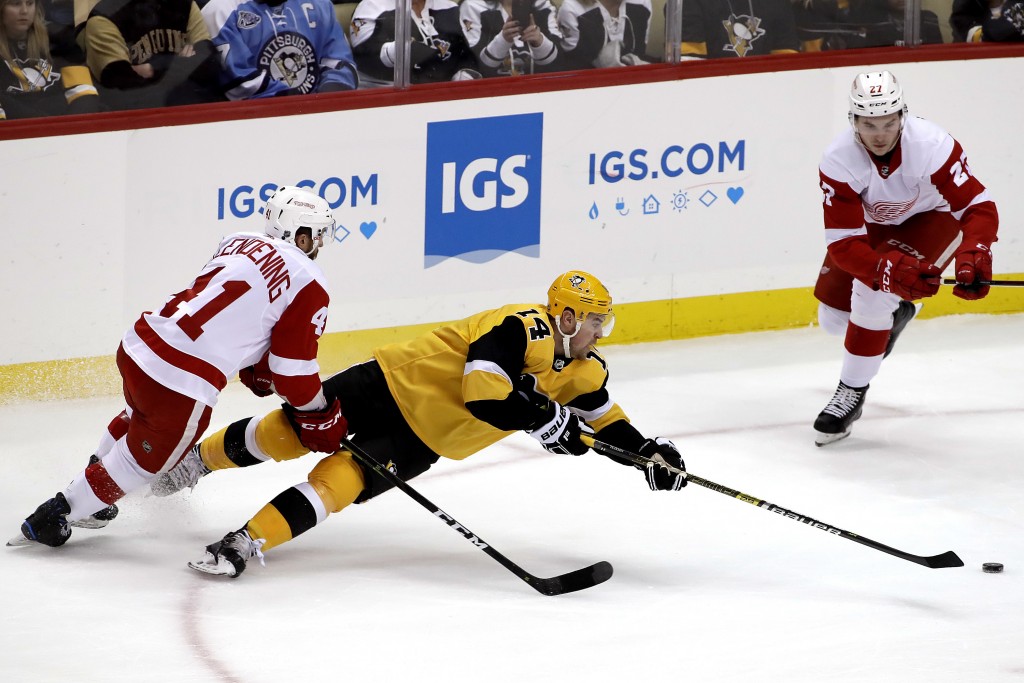 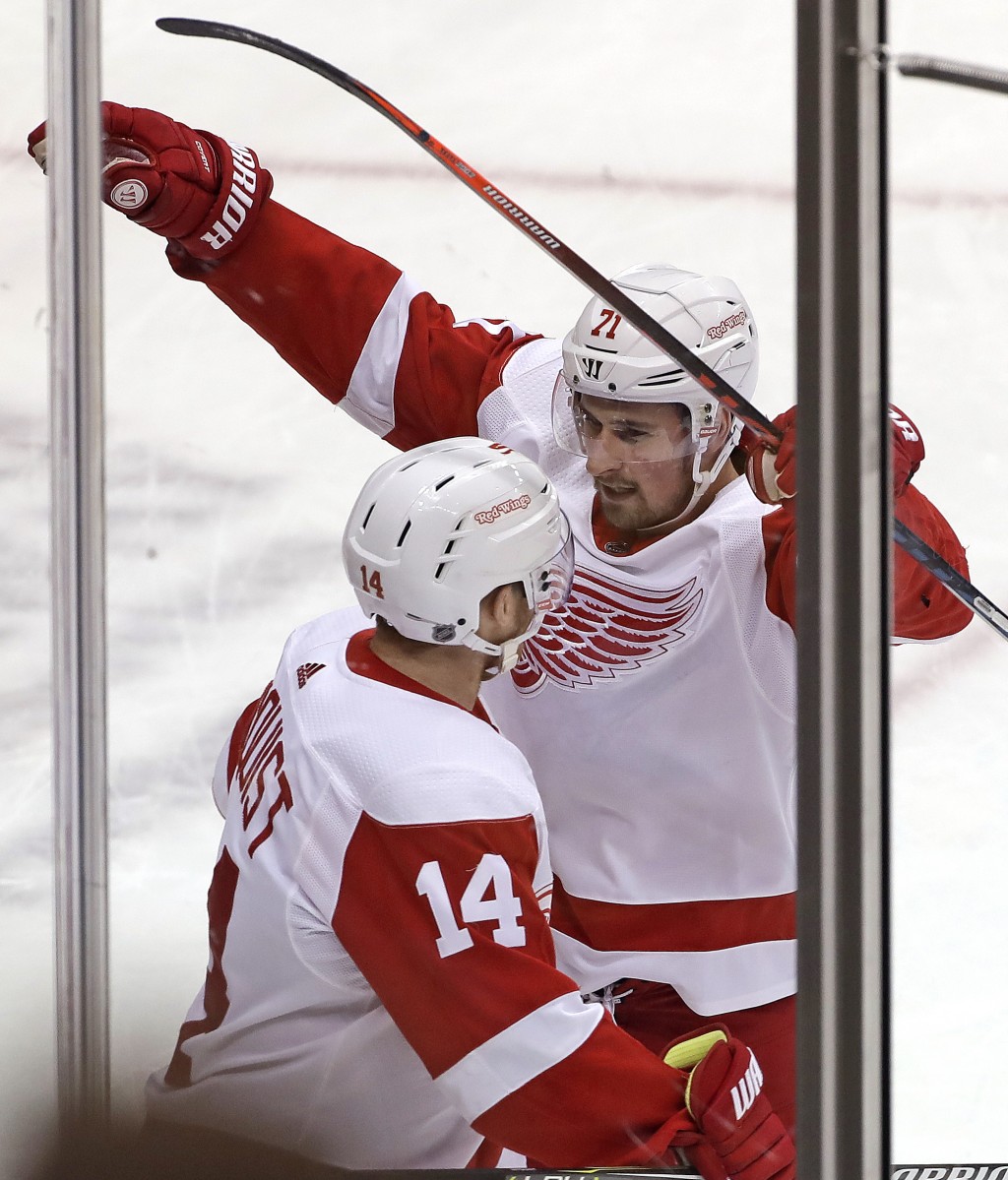 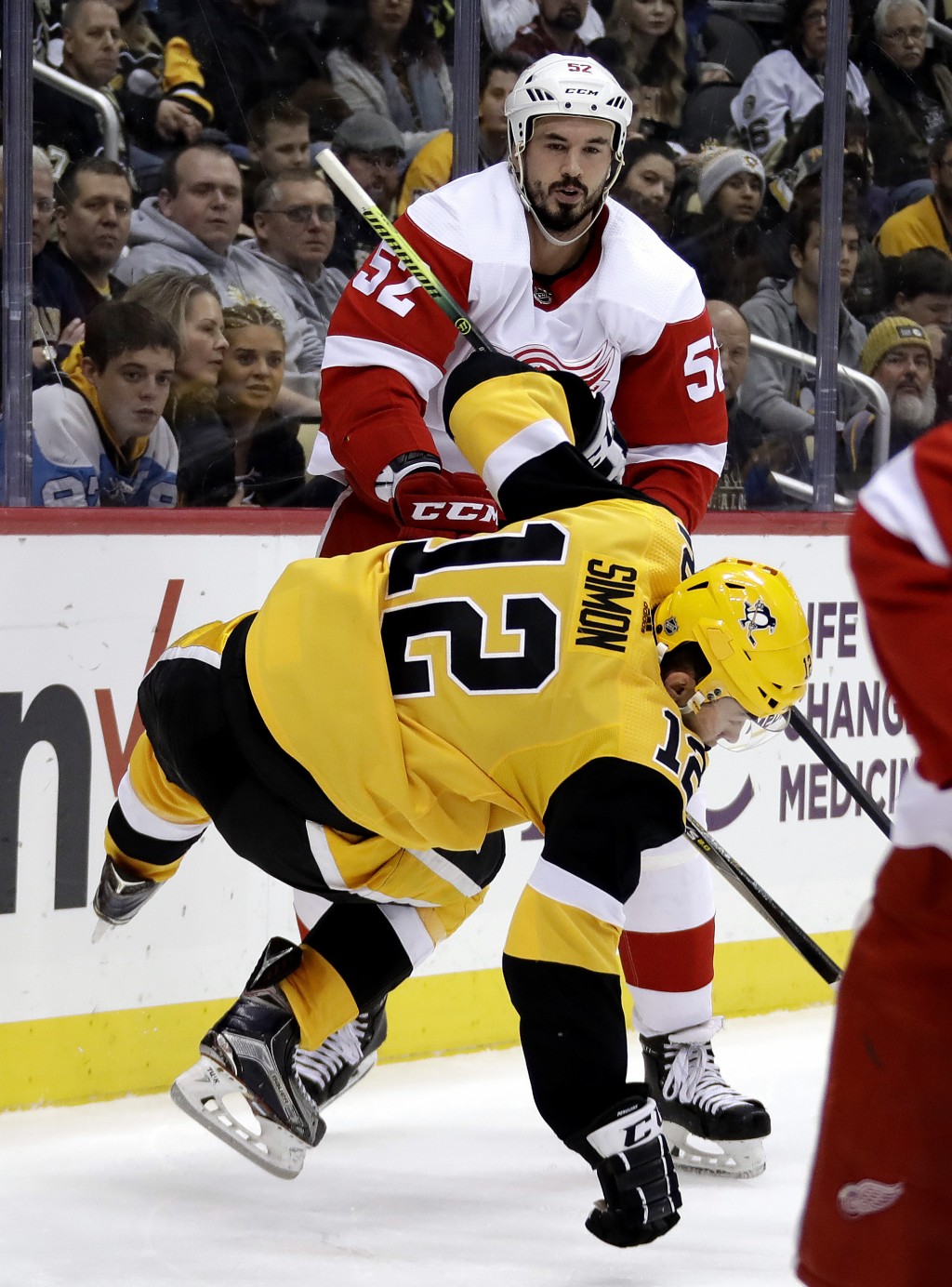 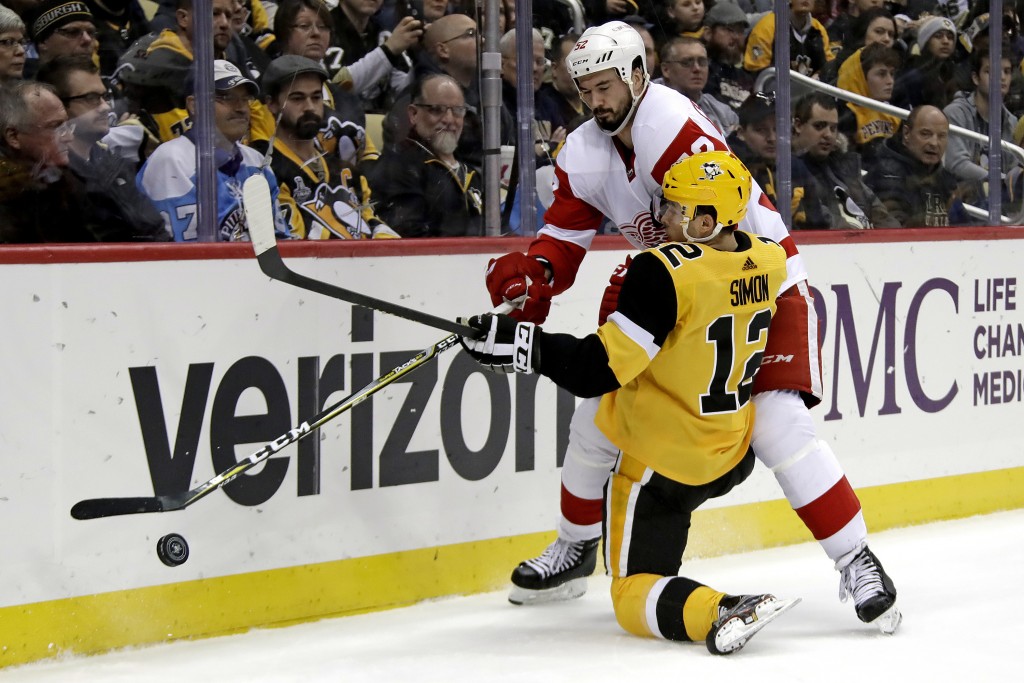 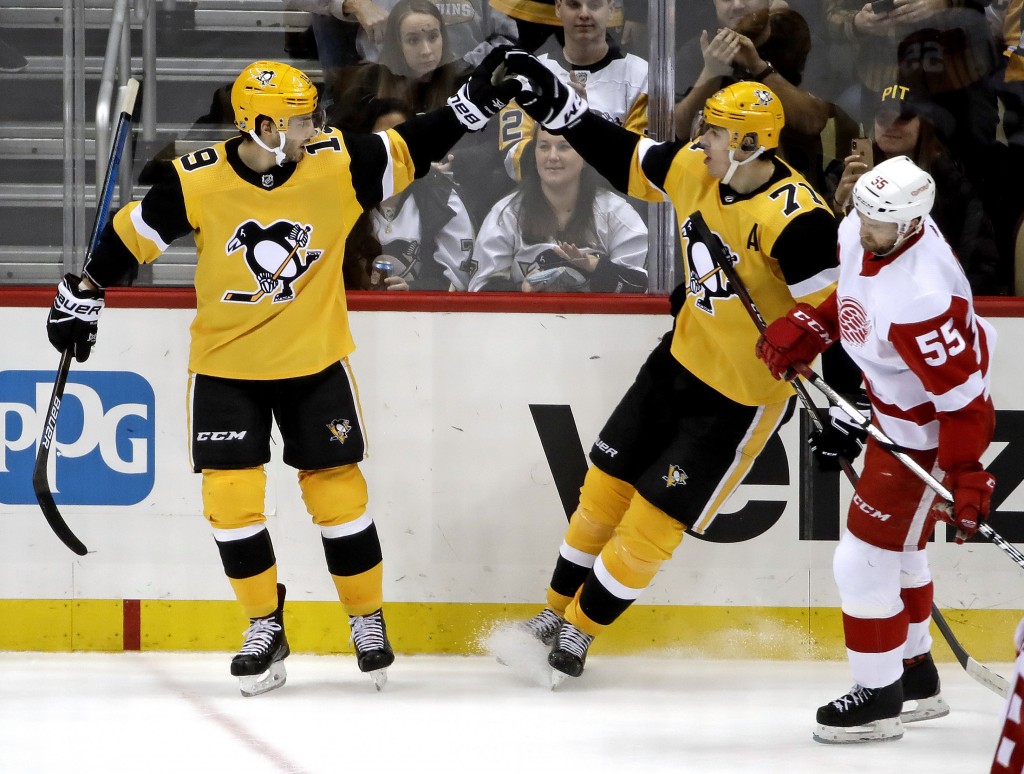 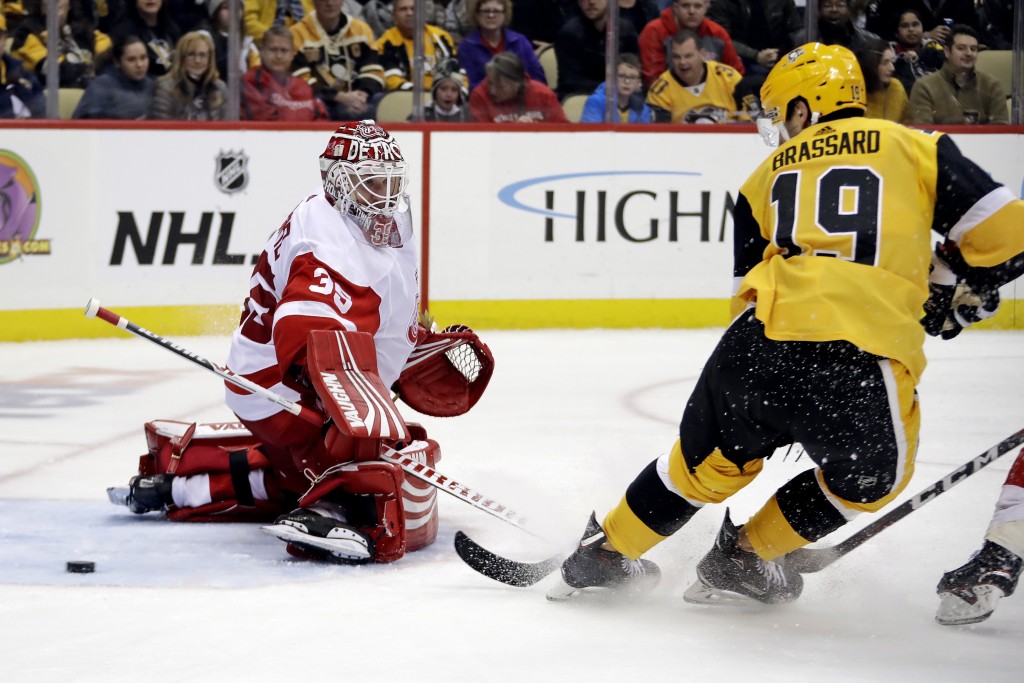 Patric Hornqvist scored his 13th of the season as the Penguins won their fourth straight game, matching a season best. Kessel scored twice in the second period and raised his season total to 16 goals. Brassard has six goals on the season.

Sidney Crosby and Evgeni Malkin each finished with two assists. Crosby has registered points in nine of his last 11 home games and has 24 points in his last 18 games. Matt Murray stopped 27 shots for his fourth straight win since returning from a lower-body injury.

Dylan Larkin extended his career-long, 12-game point streak with his 16th goal of the season for Detroit. Andreas Athanasiou returned from a two-game absence due to an upper-body injury and scored his 12th of the season. Jimmy Howard made 35 saves.

Pittsburgh was once last in the Eastern Conference during a run of one win in 10 games. Now, the Penguins have won nine of 13 games in December, including six of seven and 12 of 19 overall.

Athanasiou's breakaway goal cut the Penguins' lead to 3-2 at 4:45 of the third period. But Hornqvist restored Pittsburgh's two-goal lead 1:10 later when he redirected Jack Johnson's shot from the point past Howard.

Larkin continued his point streak by opening the scoring at 11:49 with a wrist shot over Murray's shoulder. He has six goals and 15 points in his last 12 games. Larkin's 12-game point streak is the longest since Henrik Zetterberg's 17-game run in 2007-08.

Pittsburgh jumped ahead in the second period with two goals scored in 74-second span. Kessel tied the game with a power-play goal at 7:12 and Brassard put the Penguins in front.

Red Wings defenseman Jonathan Ericsson fell, allowing Kessel to swoop in and slip a backhander between Howard's pads. Brassard gave Pittsburgh the lead when he redirected a pass from Kessel past Howard.

Kessel scored his second power-play goal with 1:02 to play in the second period. His wrist shot from between the circles beat Howard to the glove side and gave Pittsburgh a 3-1 lead.

NOTES: The Penguins, on Thursday, re-signed 24-year-old F Jake Guentzel to a five-year contract extension worth $30 million. The deal runs through 2023-24 and carries an average annual value of $6 million per season. ... Detroit D Niklas Kronwall passed Mattias Ohlund for seventh all-time in games played by a Swedish defenseman in the NHL with 909. . Malkin has points in seven of his last eight against Detroit. ... Pittsburgh has won eight of its last 11 home games. . Penguins' D Jamie Oleksiak skated Thursday morning in a non-contact jersey, but missed his third game with a concussion.