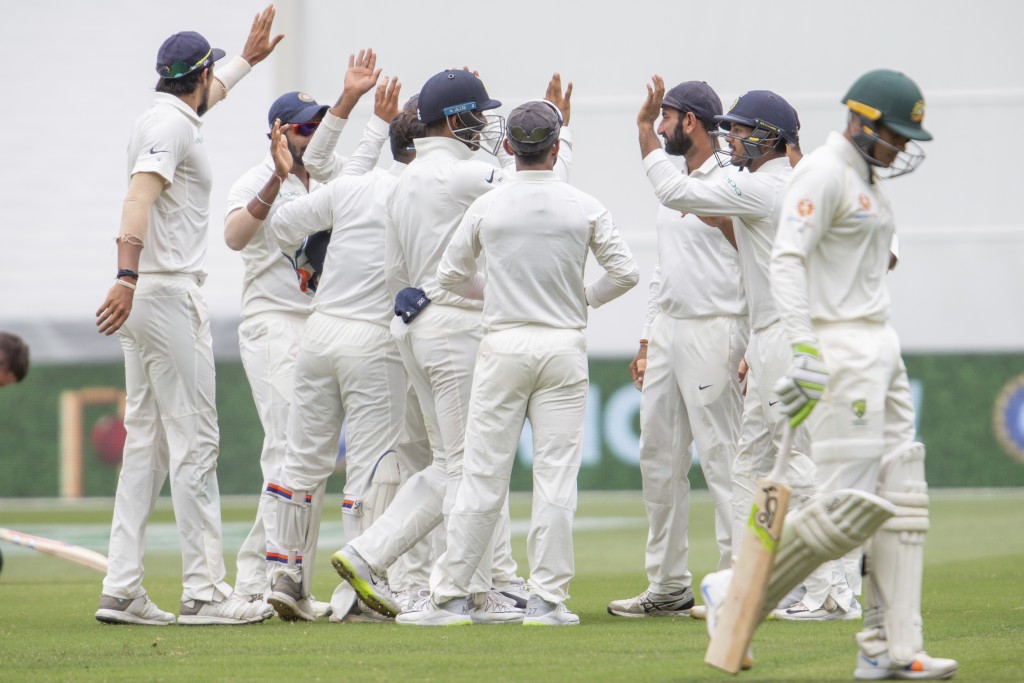 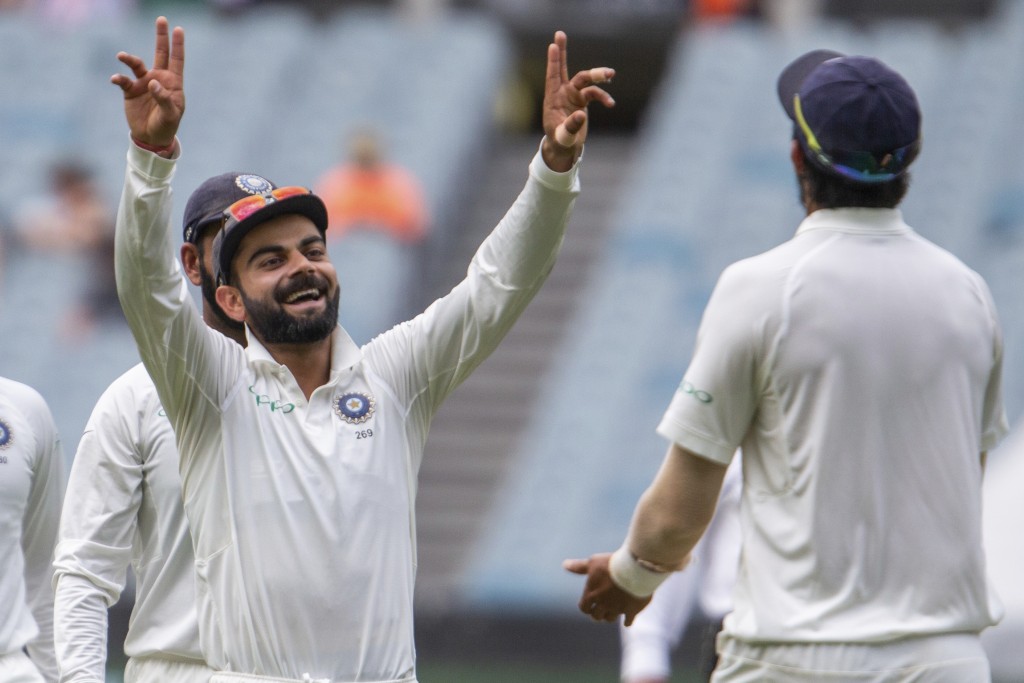 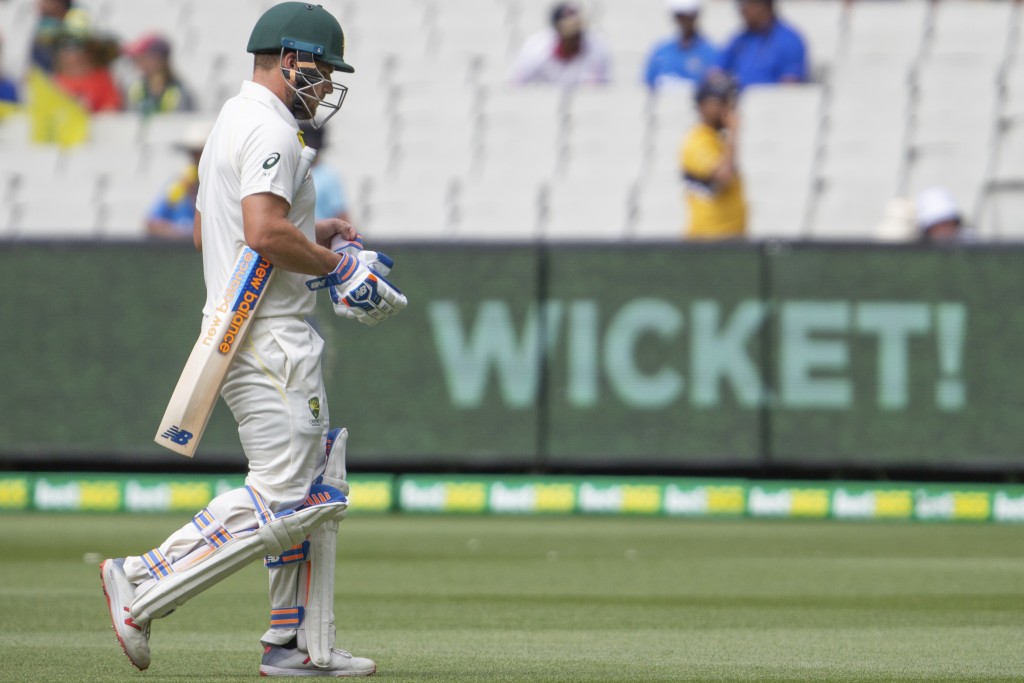 MELBOURNE, Australia (AP) — Australia lost a wicket on the final ball before lunch as the home side staggered to 89-4 in reply to India's first innings of 443-7 on Friday's third day of play in the third cricket test.

Australia trails by 354 runs at lunch with six first-innings wickets in hand. After India's batsmen took almost two days to score 443 runs, its bowlers have exploited conditions in ruthless fashion.

The footwork of Finch (eight) was again under scrutiny after he overbalanced and was caught at short mid-wicket off the bowling of paceman Ishant Sharma at 1-24.

Harris (22) plunged Australia into a crisis by throwing his wicket away with a pull shot straight to fine leg off the bowling of Jasprit Bumrah and suddenly both openers were gone with only 36 runs on the board.

Spinner Ravindra Jadeja added to Australia's woes as Khawaja (21) was also caught at short leg at 3-53. Jadeja bowled to a field which included four close-in catchers, as India attacked relentlessly.

Travis Head is 18 not out, having lost Marsh leg-before wicket to Bumrah just before lunch.

Cheteshwar Pujara (106) scored his second century of the series, after his 123 in the first test at Adelaide. Pujara added 170 for the third wicket with Kohli (82).

The pitch for last year's Melbourne test between Australia and England was officially rated as poor by the match referee after it ended in a dull draw. More poor ratings would mean the MCG is at risk of losing the right to host the Boxing Day test.

The four-test series is level at one-all, as Kohli strives to lead India to a possible first test-series win in Australia.