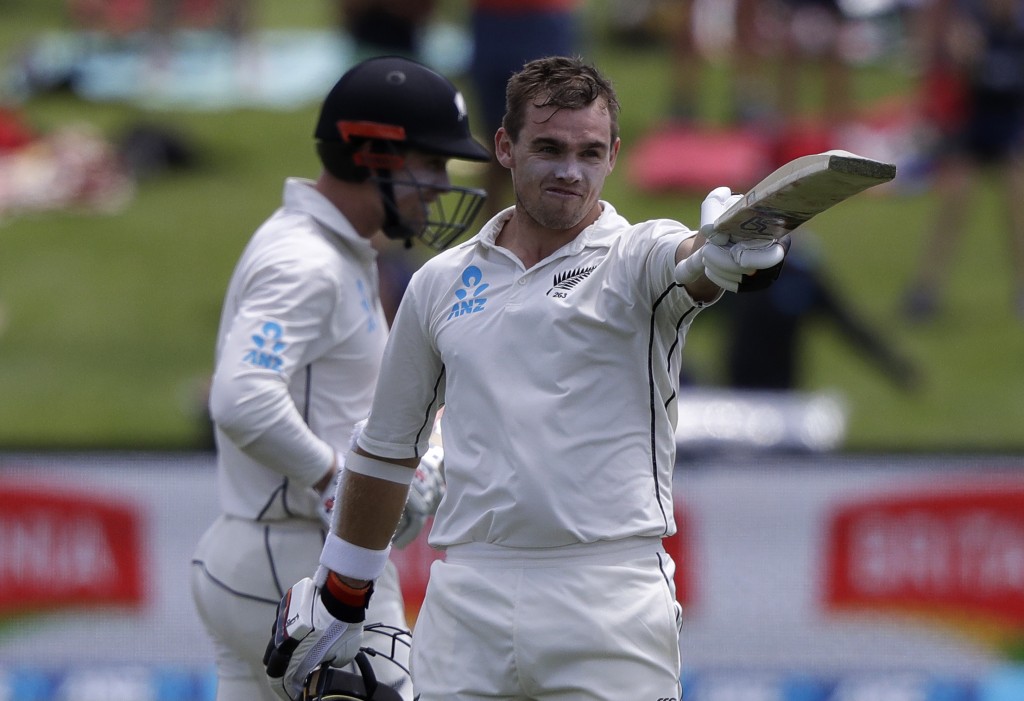 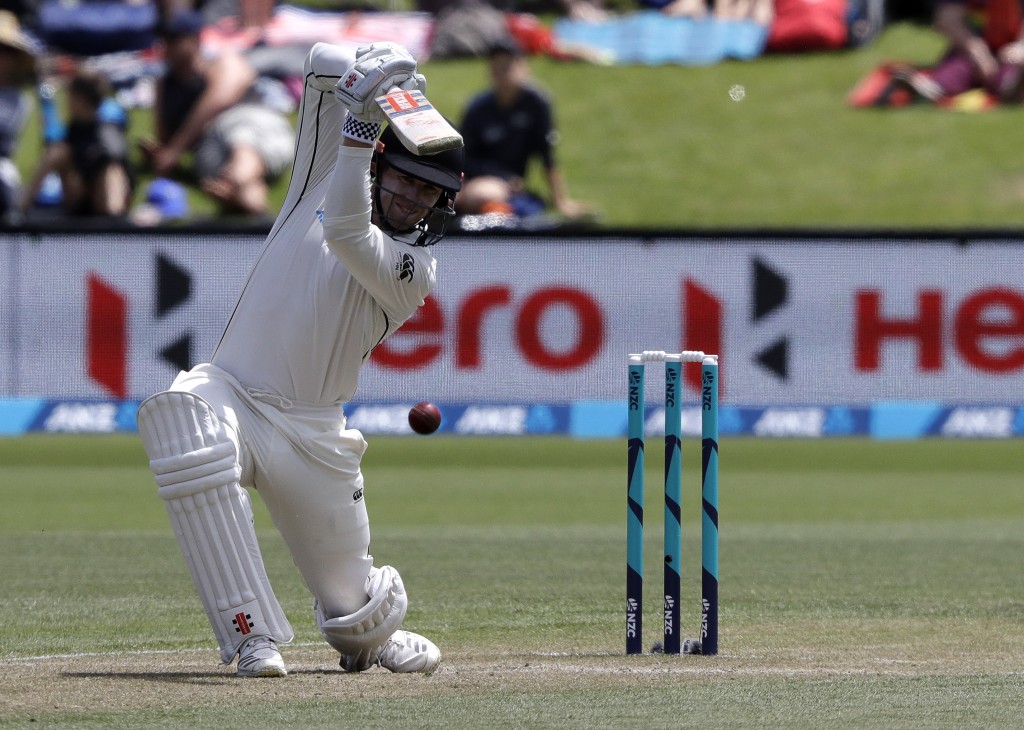 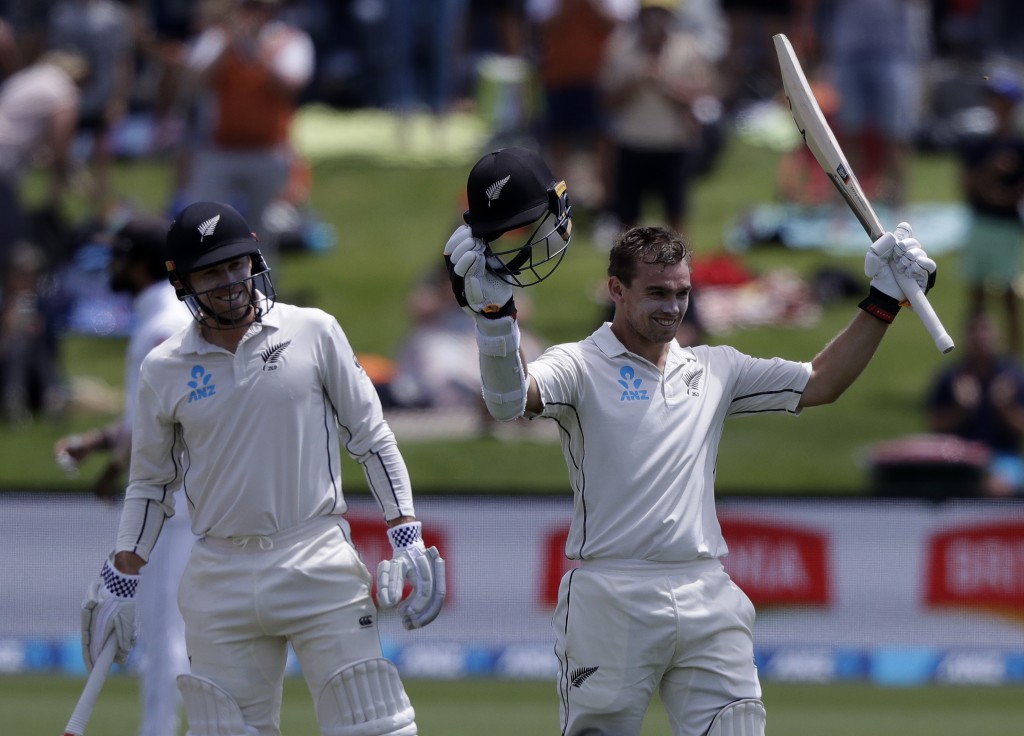 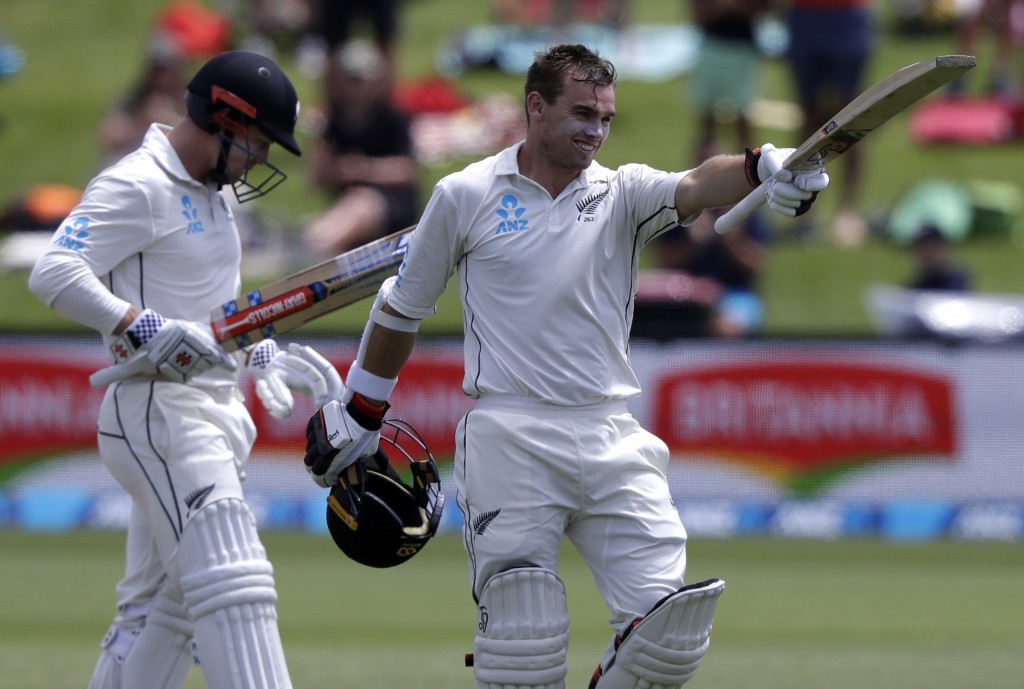 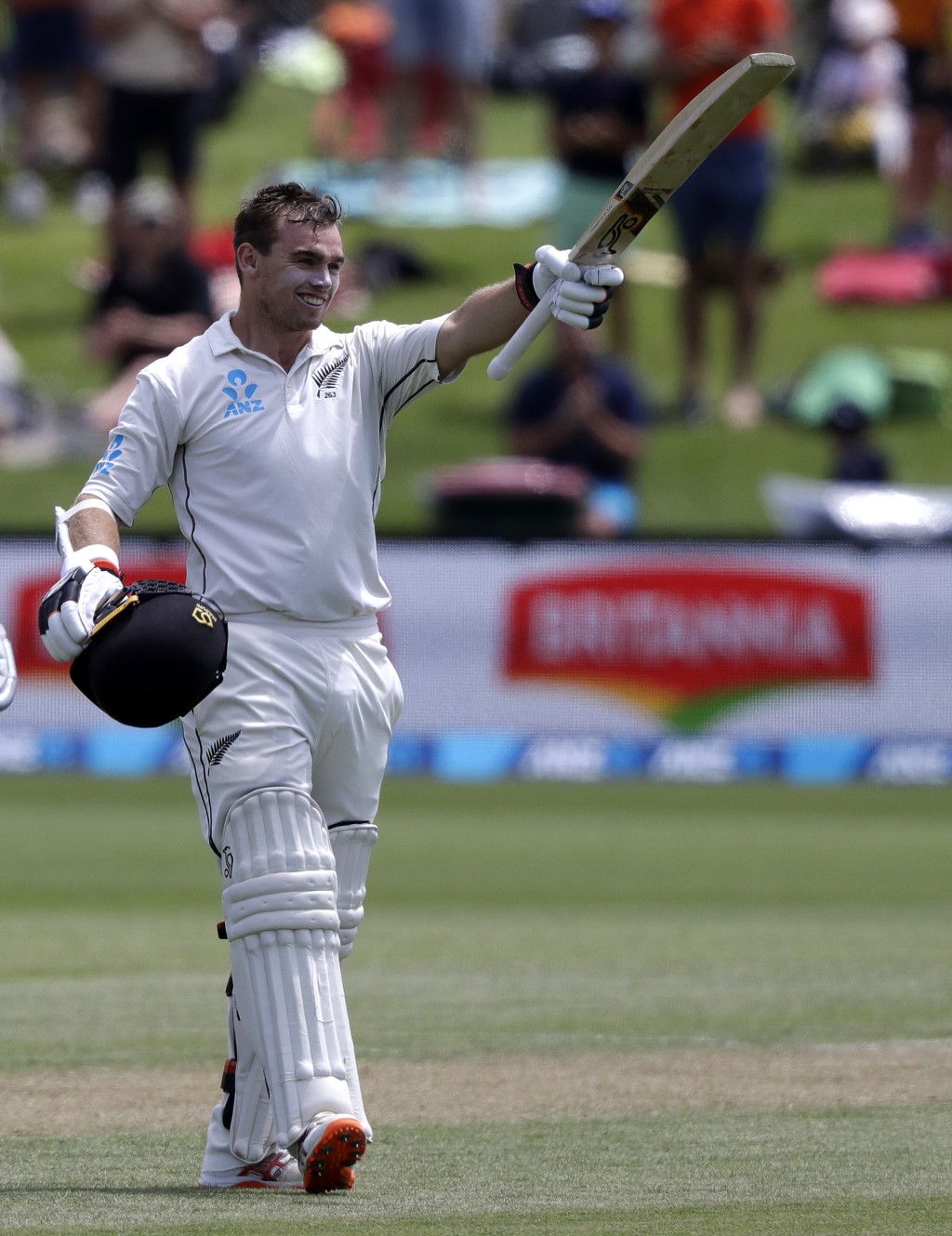 CHRISTCHURCH, New Zealand (AP) — Tom Latham reached his eighth test century and his second of the series as New Zealand built a lead of 401 runs over Sri Lanka by lunch Wednesday on the third day of the second test.

Latham followed up his 264 in the first test at Wellington with an unbeaten innings of 118 by the break when New Zealand was 327-3 after resuming at 231-2. He had put on 80 runs for New Zealand's fourth wicket with Henry Nicholls who was 35 not out.

New Zealand had to weather a testing spell early on the third day before resuming their relentless accumulation.

Sri Lanka was able to take the second new ball after only one over Wednesday and they gained the wicket of Ross Taylor for 40 when New Zealand was 247 before the pitch again turned in favor of batsmen.

Both Taylor and Latham had been tested early on by full and swinging deliveries, surviving close lbw decisions.

Taylor was eventually out lbw, playing around a straight delivery from Lahiru Kumara which was going on to hit middle stump. He challenged the decision but the video umpire supported the bowler.

Latham then continued his untroubled progress to another century, reaching the milestone after 430 minutes at the crease, from 267 balls with nine fours. It was his first test century on his home ground at Hagley Oval, made in front of his father Rod who was also a New Zealand opening batsman.

New Zealand captain Kane Williamson now faces a difficult decision over when to declare with so much time left in the match. He can afford to bat all day and still leave his bowlers two full days to bowl out Sri Lanka, who were dismissed for 104 in their first innings in reply to New Zealand's 178.

But any early declaration also leaves Sri Lanka a substantial amount of time to chase down any target on a pitch which appears to be becoming more docile.