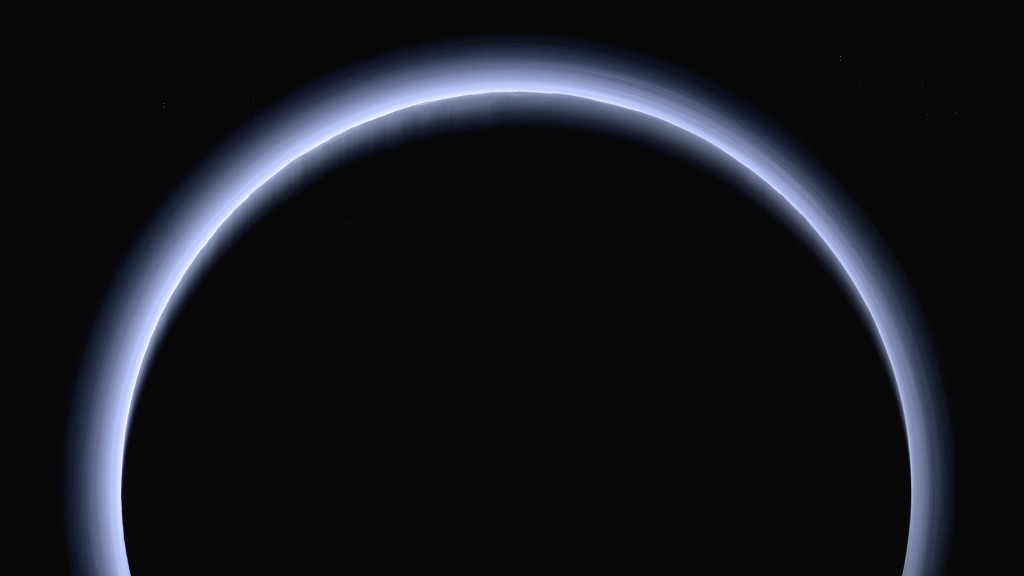 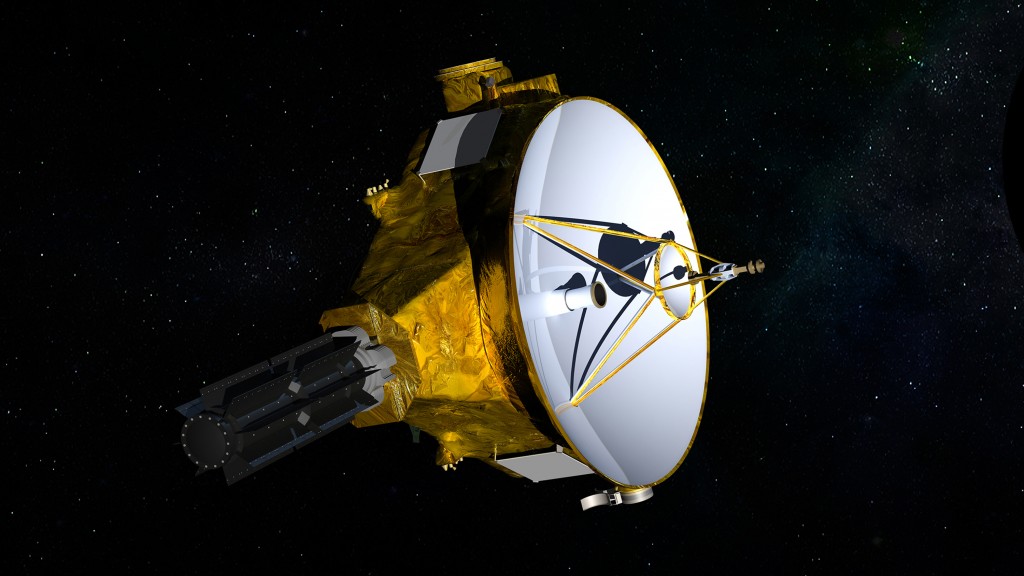 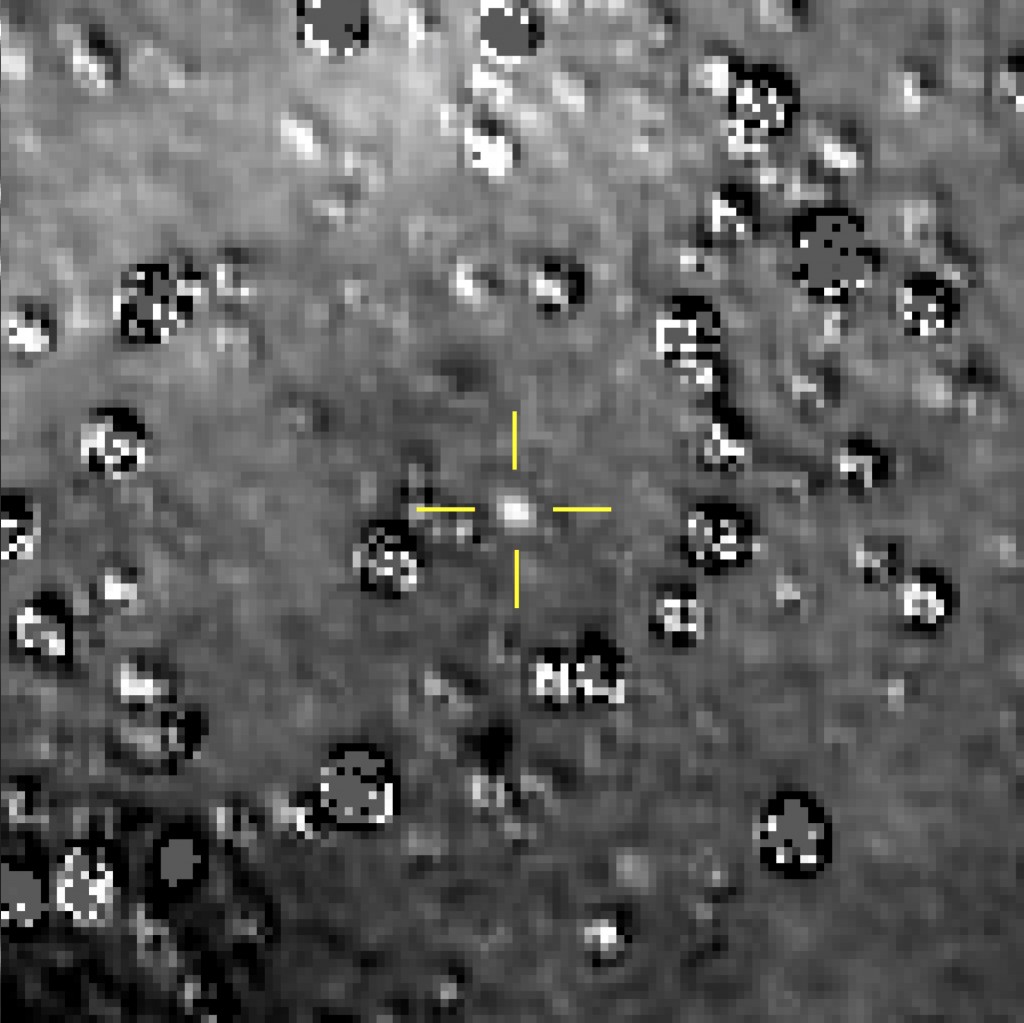 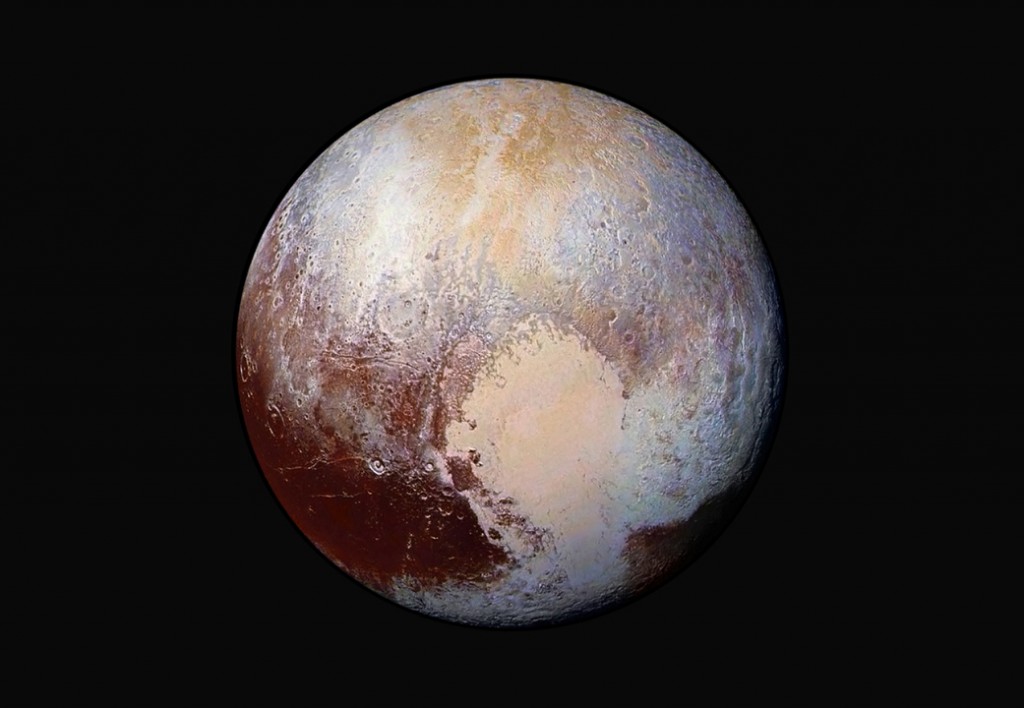 CAPE CANAVERAL, Fla. (AP) — The spacecraft team that brought us close-ups of Pluto will ring in the new year by exploring an even more distant and mysterious world.

One billion miles beyond Pluto and an astounding 4 billion miles from Earth (1.6 billion kilometers and 6.4 billion kilometers), Ultima Thule will be the farthest world ever explored by humankind. That's what makes this deep-freeze target so enticing; it's a preserved relic dating all the way back to our solar system's origin 4.5 billion years ago. No spacecraft has visited anything so primitive.

"What could be more exciting than that?" said project scientist Hal Weaver of Johns Hopkins University, part of the New Horizons team.

Lead scientist Alan Stern of Southwest Research Institute in Boulder, Colorado, expects the New Year's encounter to be riskier and more difficult than the rendezvous with Pluto: The spacecraft is older, the target is smaller, the flyby is closer and the distance from us is greater.

NASA launched the spacecraft in 2006; it's about the size of a baby grand piano. It flew past Pluto in 2015, providing the first close-up views of the dwarf planet. With the wildly successful flyby behind them, mission planners won an extension from NASA and set their sights on a destination deep inside the Kuiper Belt. As distant as it is, Pluto is barely in the Kuiper Belt, the so-called Twilight Zone stretching beyond Neptune. Ultima Thule is in the Twilight Zone's heart.

This Kuiper Belt object was discovered by the Hubble Space Telescope in 2014. Officially known as 2014 MU69, it got the nickname Ultima Thule in an online vote. In classic and medieval literature, Thule was the most distant, northernmost place beyond the known world. When New Horizons first glimpsed the rocky iceball in August it was just a dot. Good close-up pictures should be available the day after the flyby.

ARE WE THERE YET?

New Horizons will make its closest approach in the wee hours of Jan. 1 — 12:33 a.m. EST. The spacecraft will zoom within 2,200 miles (3,500 kilometers) of Ultima Thule, its seven science instruments going full blast. The coast should be clear: Scientists have yet to find any rings or moons around it that could batter the spacecraft. New Horizons hurtles through space at 31,500 mph (50,700 kph), and even something as minuscule as a grain of rice could demolish it. "There's some danger and some suspense," Stern said at a fall meeting of astronomers. It will take about 10 hours to get confirmation that the spacecraft completed — and survived — the encounter.

Scientists speculate Ultima Thule could be two objects closely orbiting one another. If a solo act, it's likely 20 miles (32 kilometers) long at most. Envision a baked potato. "Cucumber, whatever. Pick your favorite vegetable," said astronomer Carey Lisse of Johns Hopkins. It could even be two bodies connected by a neck. If twins, each could be 9 miles to 12 miles (15 kilometers to 20 kilometers) in diameter.

Scientists will map Ultima Thule every possible way. They anticipate impact craters, possibly also pits and sinkholes, but its surface also could prove to be smooth. As for color, Ultima Thule should be darker than coal, burned by eons of cosmic rays, with a reddish hue. Nothing is certain, though, including its orbit, so big that it takes almost 300 of our Earth years to circle the sun. Scientists say they know just enough about the orbit to intercept it.

New Horizons will get considerably closer to Ultima Thule than it did to Pluto: 2,220 miles versus 7,770 miles (3,500 kilometers vs. 12,500 kilometers). At the same time, Ultima Thule is 100 times smaller than Pluto and therefore harder to track, making everything more challenging. It took 4 ½ hours, each way, for flight controllers at Johns Hopkins' Applied Physics Lab in Laurel, Maryland, to get a message to or from New Horizons at Pluto. Compare that with more than six hours at Ultima Thule.

It will take almost two years for New Horizons to beam back all its data on Ultima Thule. A flyby of an even more distant world could be in the offing in the 2020s, if NASA approves another mission extension and the spacecraft remains healthy. At the very least, the nuclear-powered New Horizons will continue to observe objects from afar, as it pushes deeper into the Kuiper Belt. There are countless objects out there, waiting to be explored.