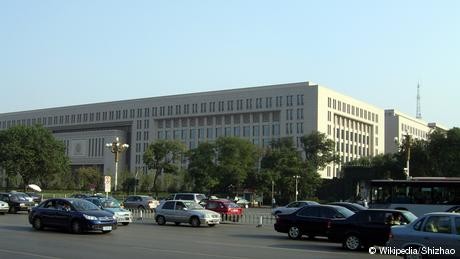 Ma Jian, once one of the top secret police officials in China, was jailed for life by a court in Liaoning province on Thursday. Ma was convicted of taking bribes, insider trading and other corruption charges.

The Dalian Intermediate People's Court said in a statement that the former vice minister of State Security had taken an "extremely large" amount of bribe money and that his collusion with fugitive tycoon Guo Wengui was "particularly serious."

Ma Jian is believed to have collected 109 million yuan ($15.9 million) in bribes between 1999 and 2014. As part of a sweeping probe into China's security apparatus, in 2015 he was put under a graft investigation and subsequently expelled from the ruling Communist Party.

One of the principle bankrollers of Ma's bribe money is believed to be exiled billionaire Guo Wengui, who used Ma to help further his business interests.

Guo once had close ties to the Communist Party, and amassed some of his vast wealth with lucrative construction contracts ahead of the 2008 Olympics in Beijing.

After being implicated in the anti-corruption sweep, Guo called the investigation a "witch hunt," and threw corruption claims back at several high-ranking officials. Guo has taken to Twitter and his YouTube channels ostensibly to expose this corruption, though many of his claims remain unsubstantiated.

He has lived in exile in a lavish apartment in New York City since 2017, and is the subject of an Interpol red notice that the US has declined to act on.