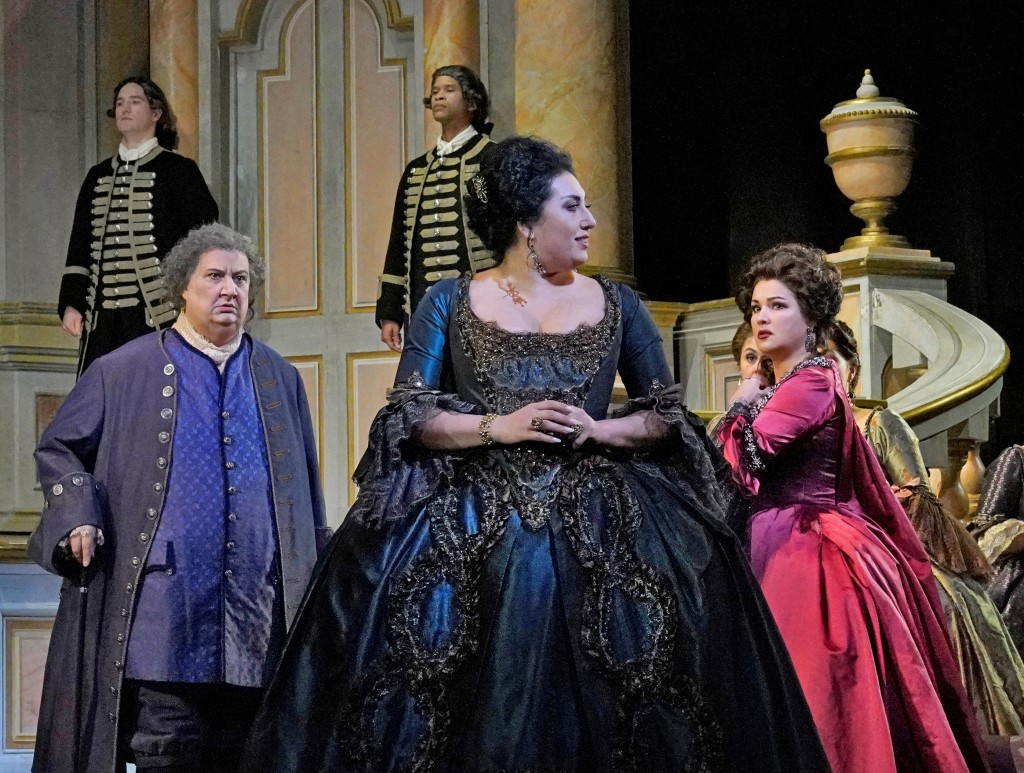 NEW YORK (AP) — Two reigning divas will be squaring off against each other starting New Year's Eve in the Metropolitan Opera's new production of Francesco Cilea's "Adriana Lecouvreur."

Russian soprano Anna Netrebko plays the title character, based on a real-life French actress, and Georgian mezzo Anita Rachvelishvili is her romantic rival, the Principessa di Bouillon. According to legend, the Principessa gets rid of the competition by sending her a bouquet of poisoned violets.

For Rachvelishvili, portraying "a cold-blooded killer" is a challenge because "it's not in me at all."

Netrebko says she relishes playing the title character because "the audience will suffer for her because she's ruined by the Principessa."

The Metropolitan Opera is based in New York City.