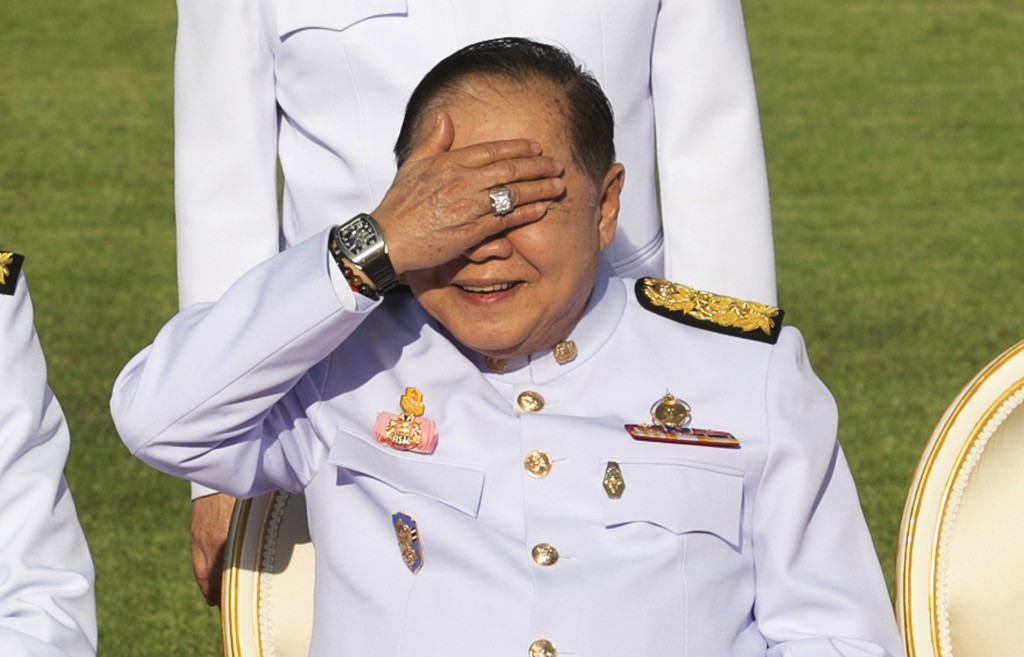 BANGKOK (AP) — Investigators have found Thailand's deputy prime minister innocent of failing to declare his assets a year after he was discovered to have a number of luxury watches that would have been out of reach of his government salary.

Prawit Wongsuwan is the defense minister and a top member of the country's ruling junta. A group photo last December showed Prawit wearing a Richard Mille timepiece that he had not declared on his list of assets.

Prawit's explanation that he had borrowed that watch and more than 20 others from a dead friend was met with public ridicule.

The head of the National Anti-Corruption Commission said Thursday it determined Prawit's explanation to be true.