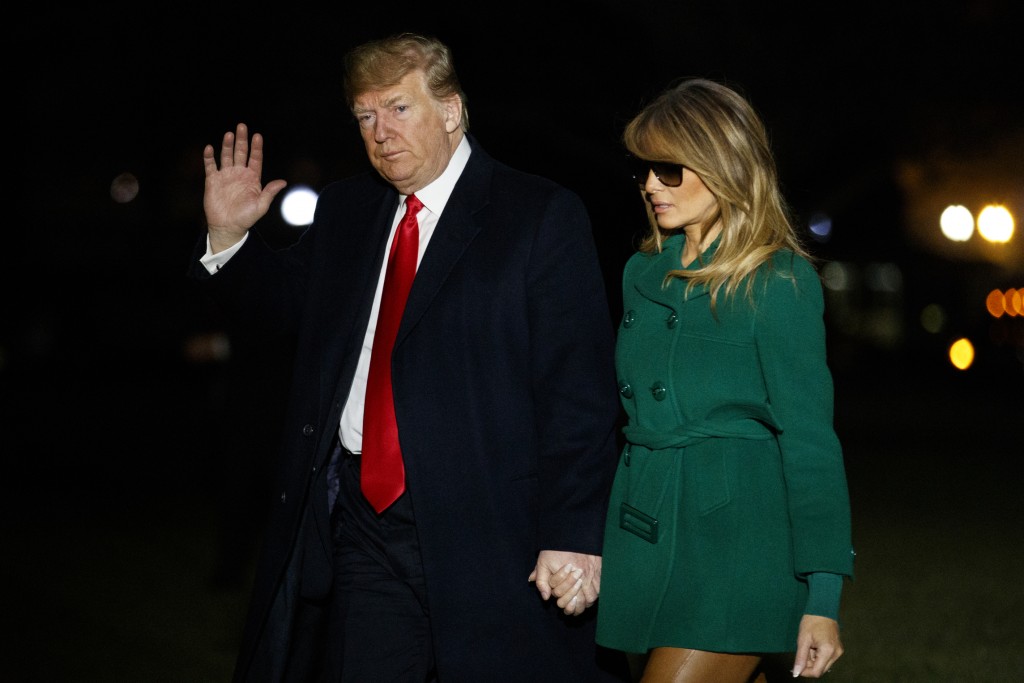 Politicians from both sides of Iraq's political divide are calling on parliament to vote to expel U.S. troops. Approximately 5,000 U.S. troops are stationed in Iraq as part of the coalition against the Islamic State group.

Foreign influence has become a hot-button issue in a year that saw supporters of populist cleric Moqtada al-Sadr win the largest share of votes in May elections. Al-Sadr has called for curbing U.S. and Iranian involvement in Iraqi affairs.

Trump spent three hours at a U.S. air base meeting with American troops on an unannounced visit Wednesday. He left without meeting any Iraqi officials.

Lawmakers decried the visit as arrogant and a violation of Iraqi sovereignty.