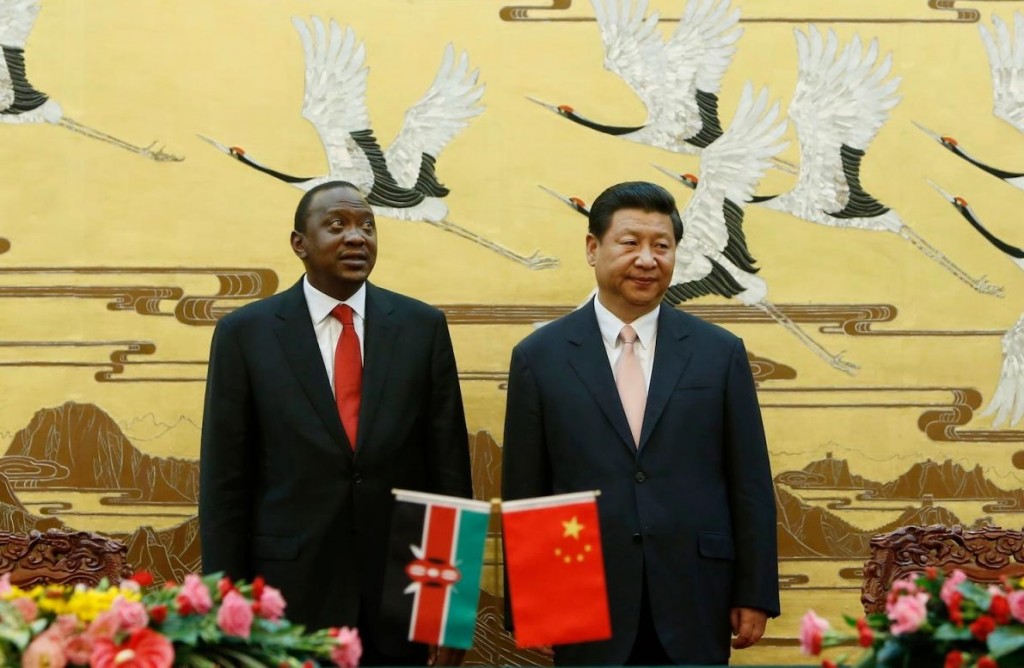 TAIPEI (Taiwan News) – China may be preparing to seize some major assets in the African nation of Kenya, as a result of debt-trap diplomacy.

African media reports that Kenya may soon be forced to relinquish control of its largest and most lucrative port in Mombasa to Chinese control.

Other assets related to the inland shipment of goods from the port, including the Inland Container Depot in Nairobi, and the Standard Gauge Railway (SGR), may also be compromised in the event of a Chinese port takeover.

Kenya has reportedly taken extremely large loans from the Communist government for the development of some major highways, and especially for the SGR, which forms a crucial transport link to and from Nairobi for the import and export of goods through Mombasa.

In November, Moody’s noted that Kenya is at high risk of losing strategic assets because of debts owed to Beijing.

After a subsequent report from the country's Auditor General, local media began to express concern that Chinese lenders may be angling to seize assets, since it does not appear the Kenyan government will be capable to repaying the loans.

Now, one month later, ahead of the New Year, it’s been reported that the Chinese may be preparing to take over the Mombasa Port infrastructure soon.

The African Stand also seems to suggest that the SGR, which is operated by the Chinese, may have been designed to be a “loss-making venture.”

With a reported loss of KES 10 billion (US$98 million) in its first year of operation, it would be nearly impossible to repay the loans taken for its construction in the time requested. Kenya reportedly accepted loans of KES 500 billion (US$4.9 billion) for the SGR’s construction. Kenya’s Auditor General reportedly stated that deal has always favored the China Exim Bank, which advanced the loan for the project. Further, Kenya signed on to a deal that requires any arbitration of disputes related to the debt must take place in China.

From the African Stand.

An audit completed last month indicates that Kenya Ports Authority’s (KPA) assets, which include the Mombasa port, could be taken over if the SGR does not generate enough cash to pay off the debts.

“The China Exim Bank would become a principle in (over) KPA if Kenya Railways Corporation (KRC) defaults in its obligations and China Exim Bank exercise power over the escrow account security.”

When the Chinese lender granted the loan to the Kenyan government, somehow the KPA signed on as a borrower. Somehow Kenya's government agreed that the port “would not be protected by sovereign immunity since the Government waived the immunity on the Kenya Ports Assets" by virtue of KPA signing on as a borrower, according to the Auditor General.

A report from Kenya Today says the loan amounts being repaid by Kenya to the China Exim Bank will triple from July next year, after a five year grace period of low interest ends, suggesting KPA asset seizures may begin in the summer of 2019.

It is becoming increasingly clear that China’s designs on the nations of Africa are anything but benevolent. Kenya appears to be lining up behind Zambia, which is slated to lose its international airport, as well as its national electricity grid because of defaults on Chinese loans.

African nations must wake up to China’s new form of colonialism that is chipping away at their critical infrastructure one major asset at a time.