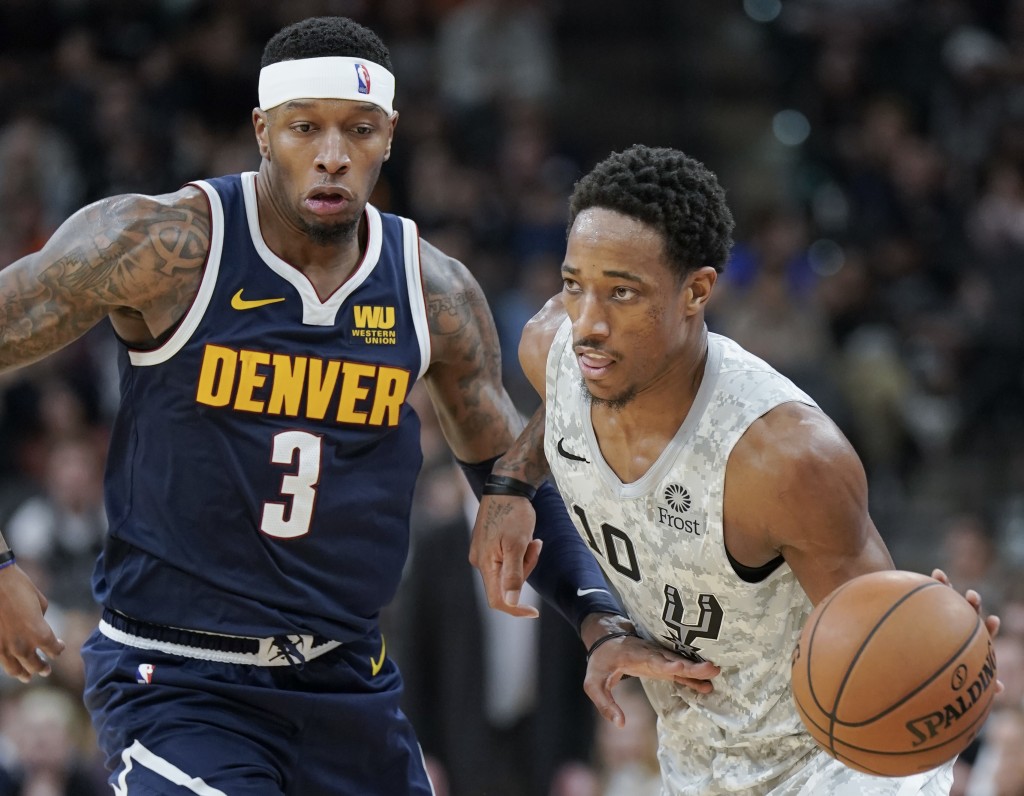 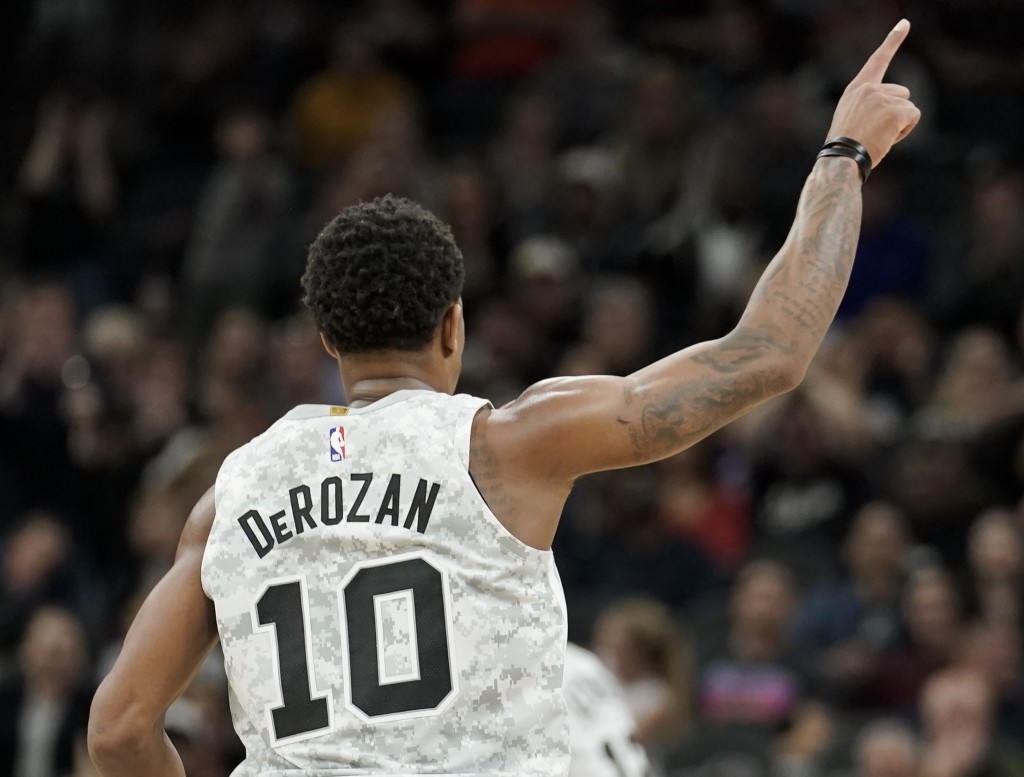 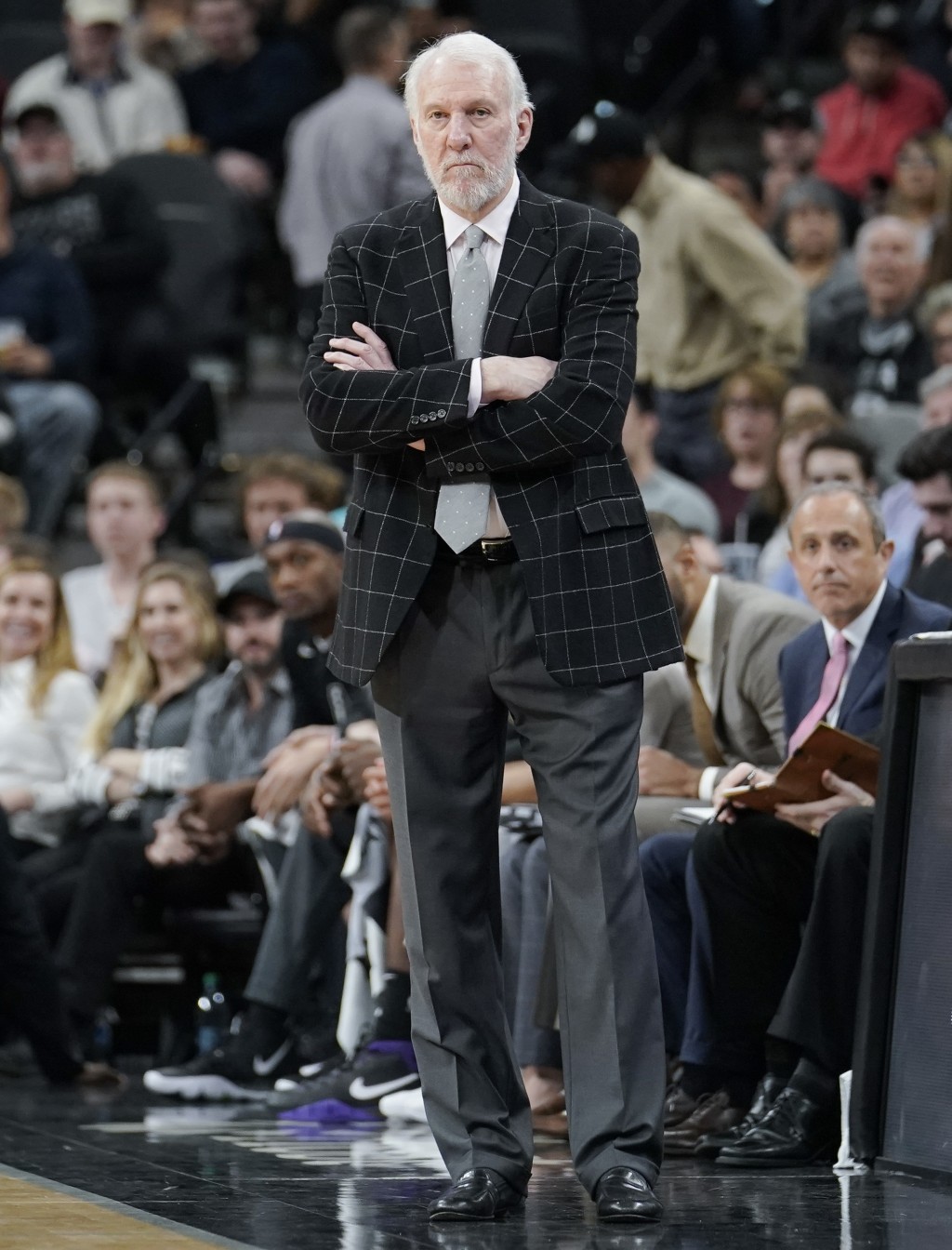 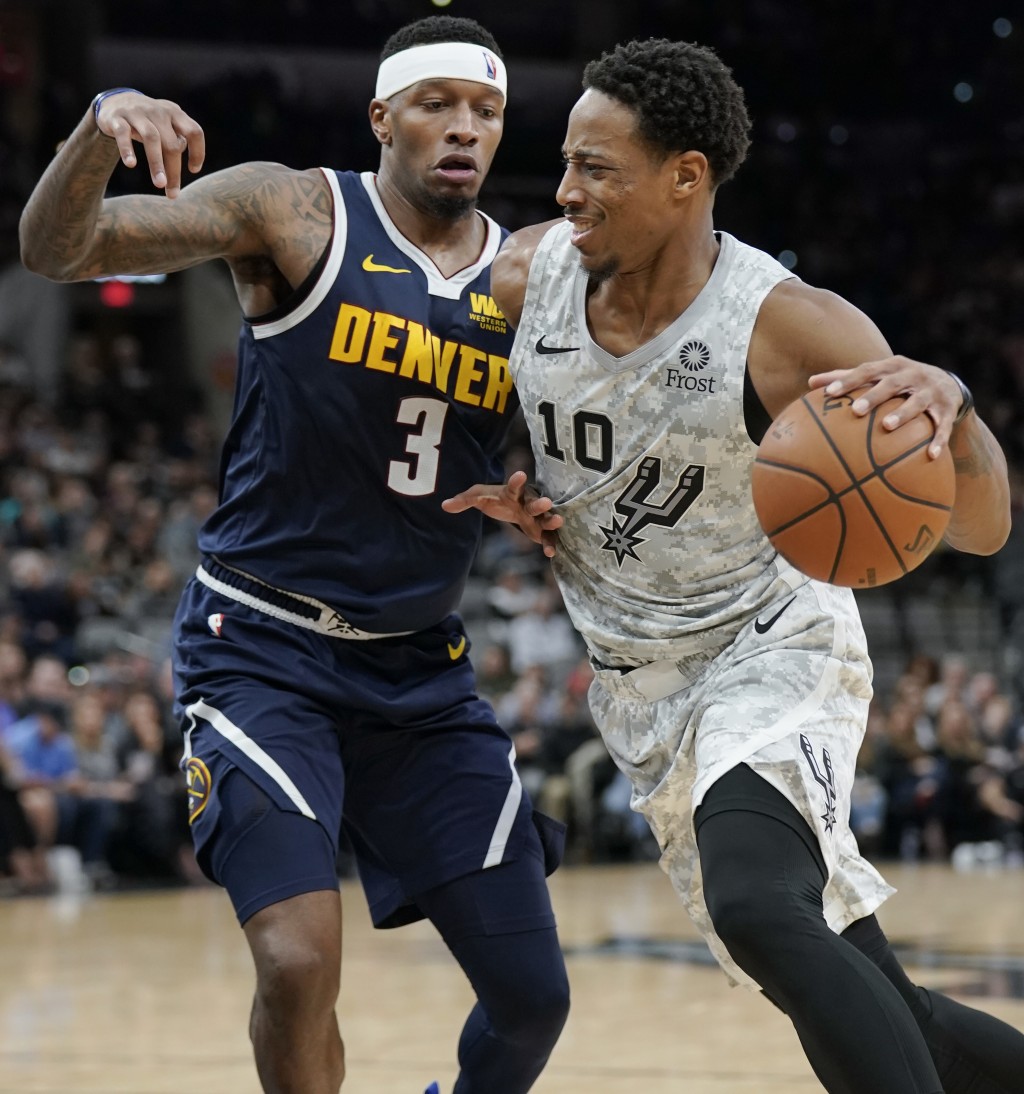 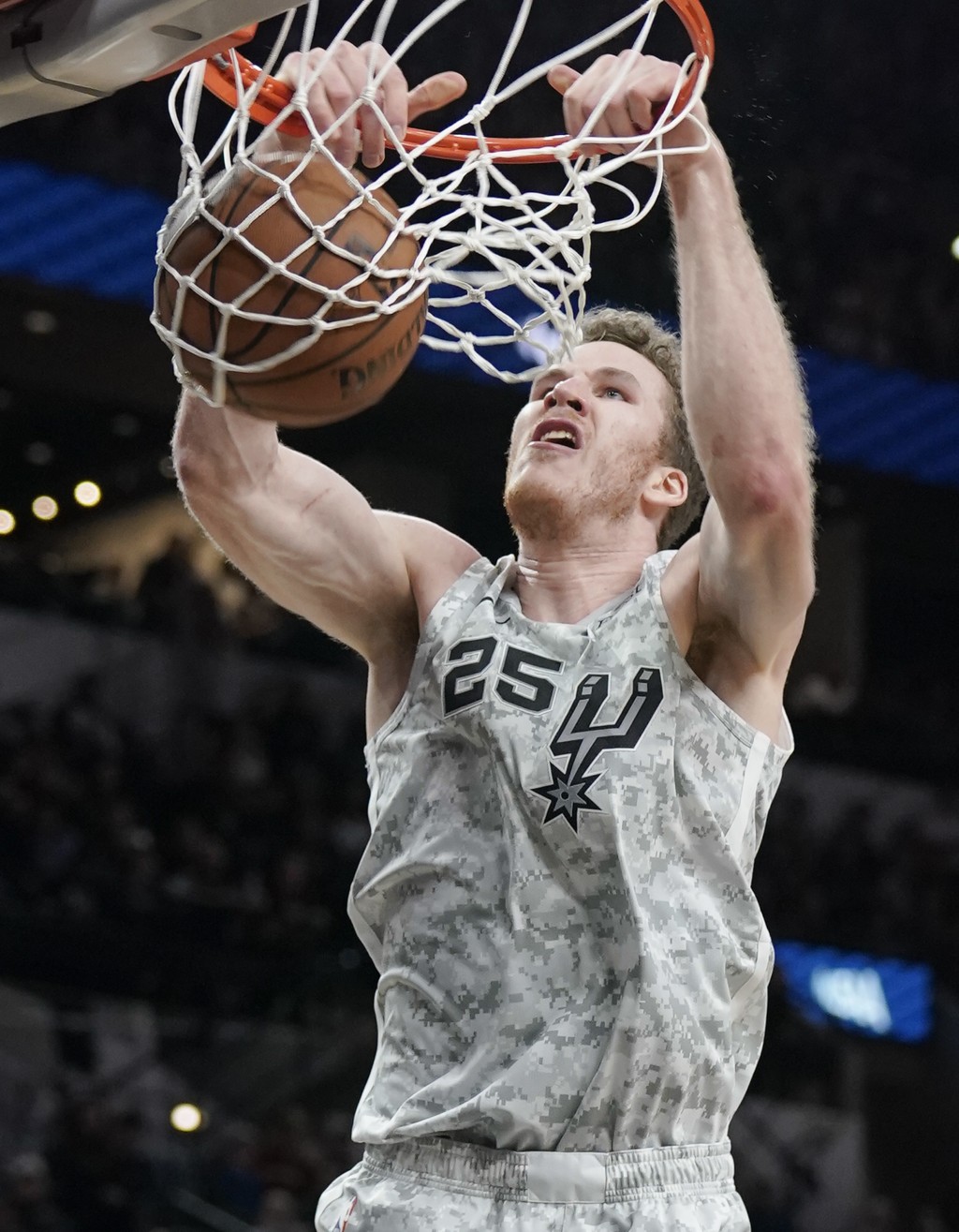 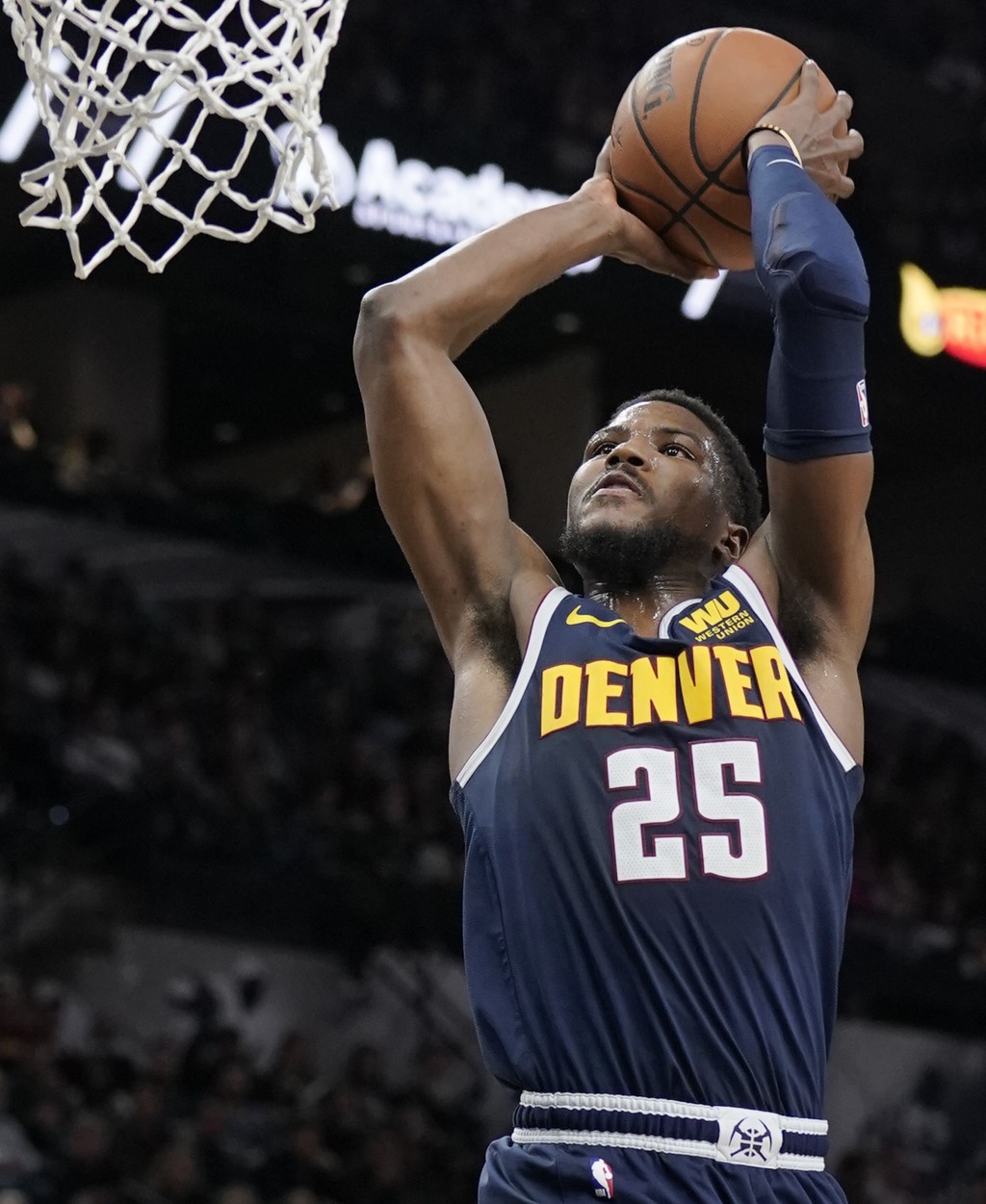 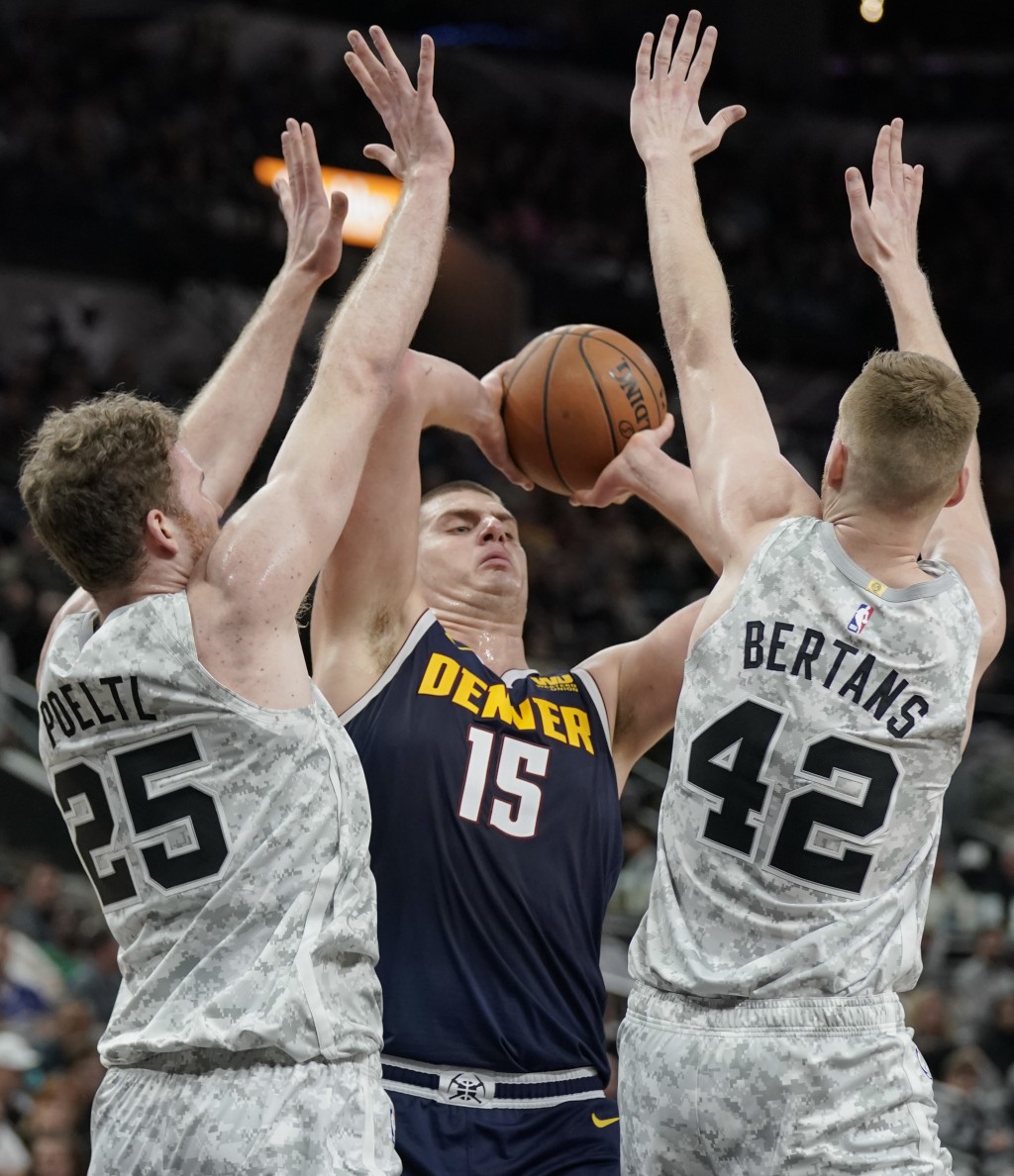 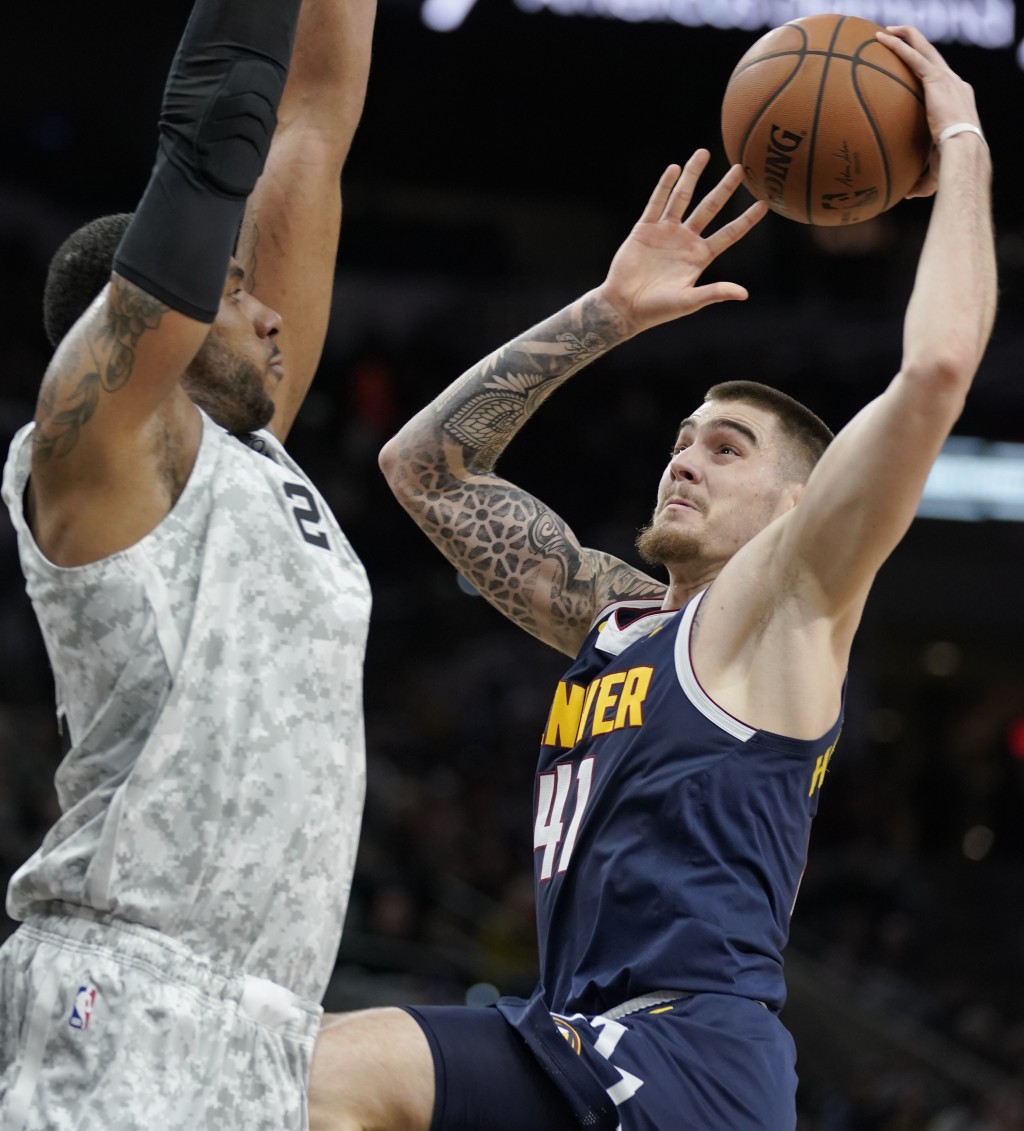 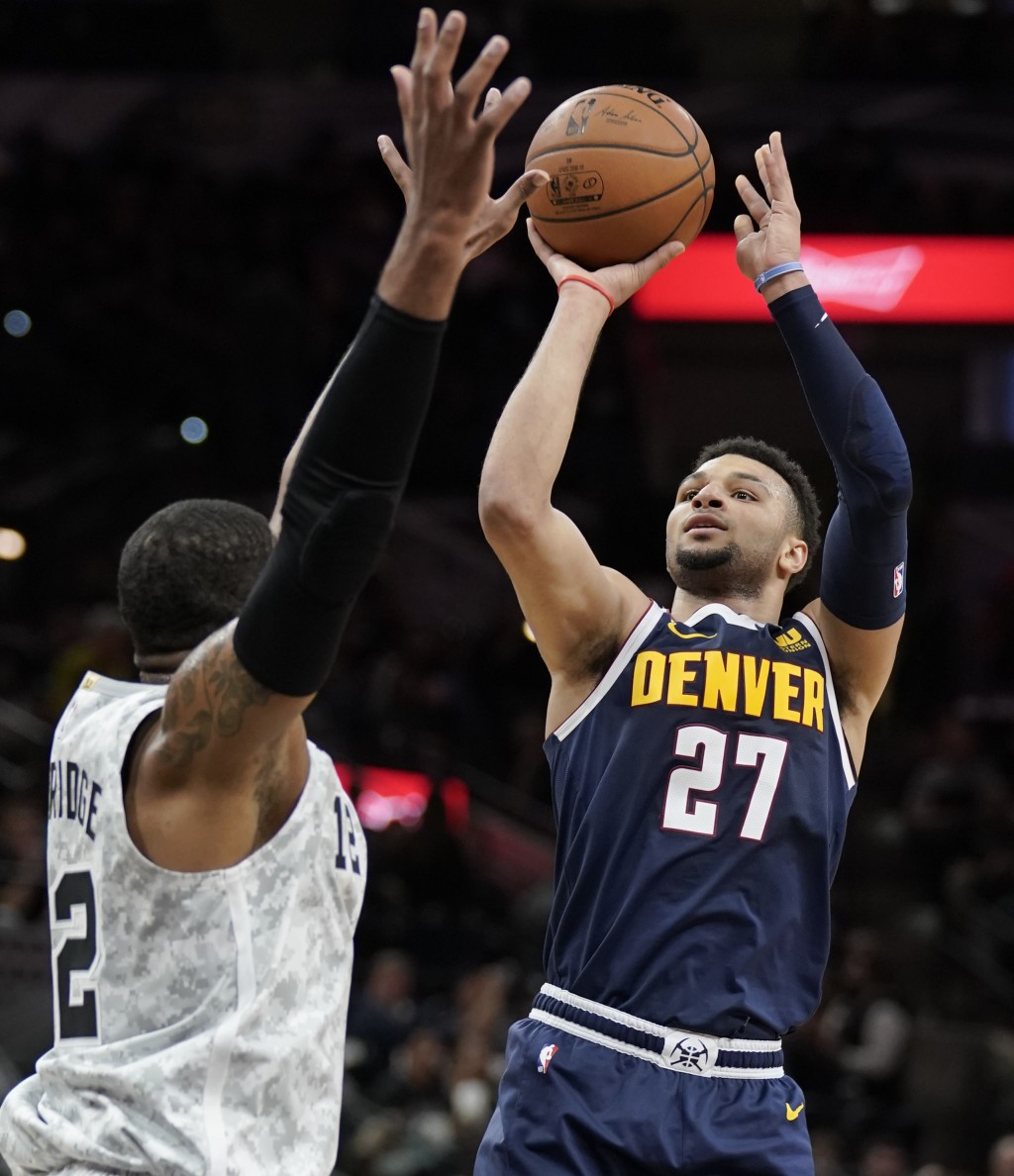 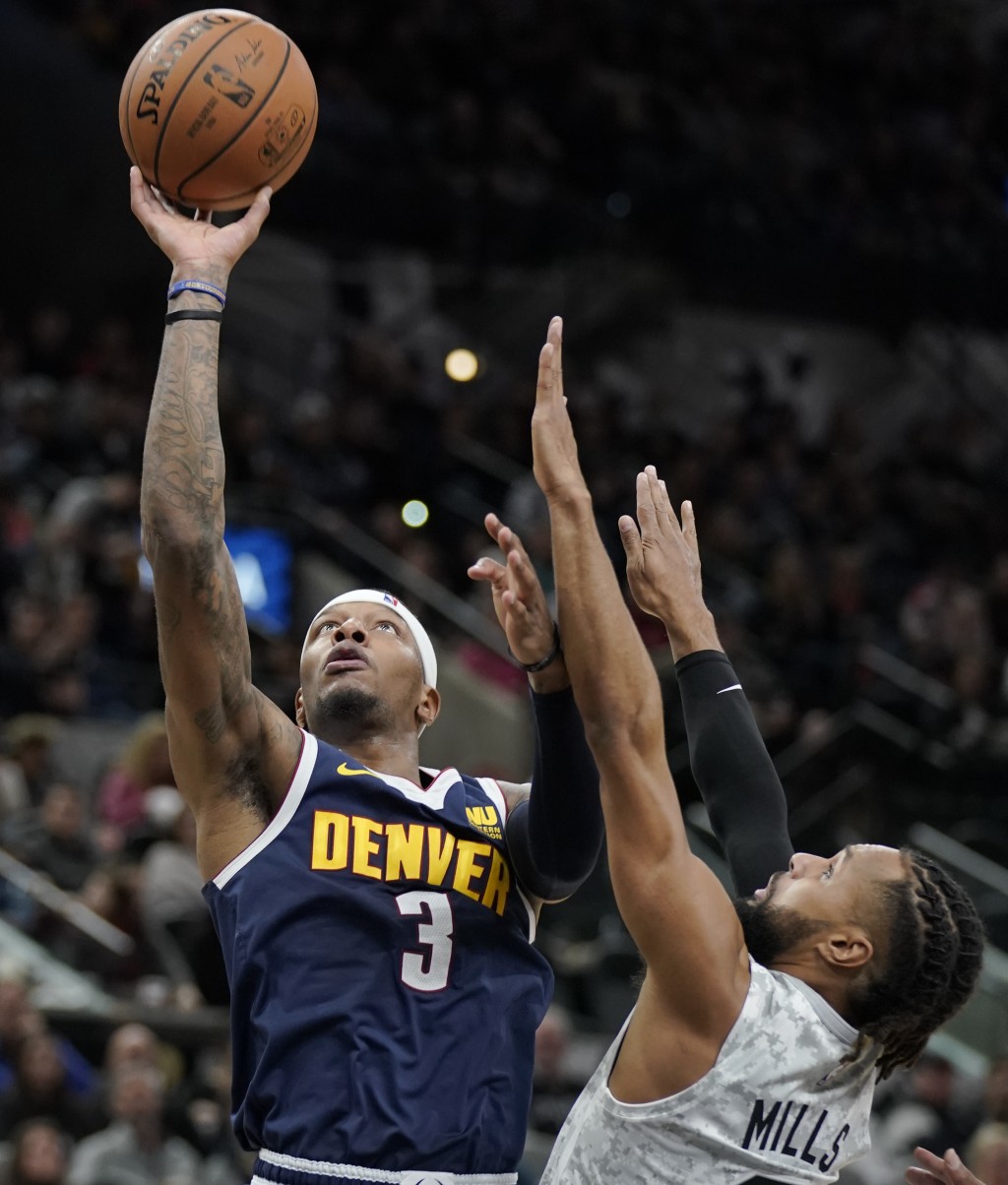 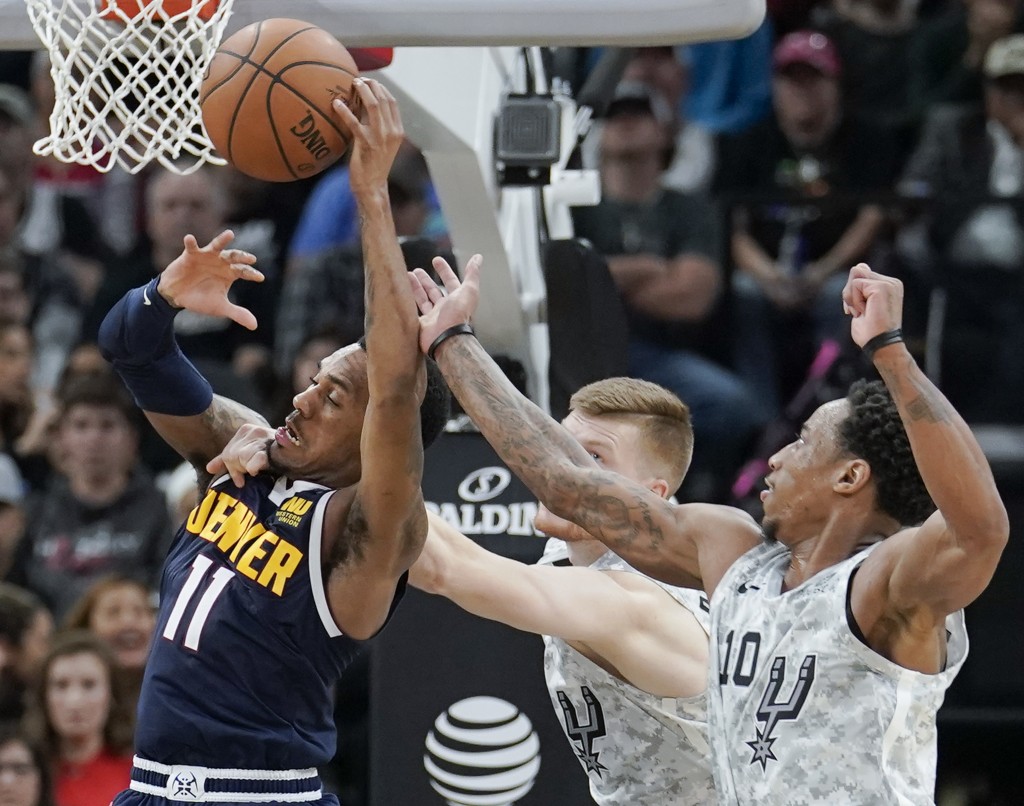 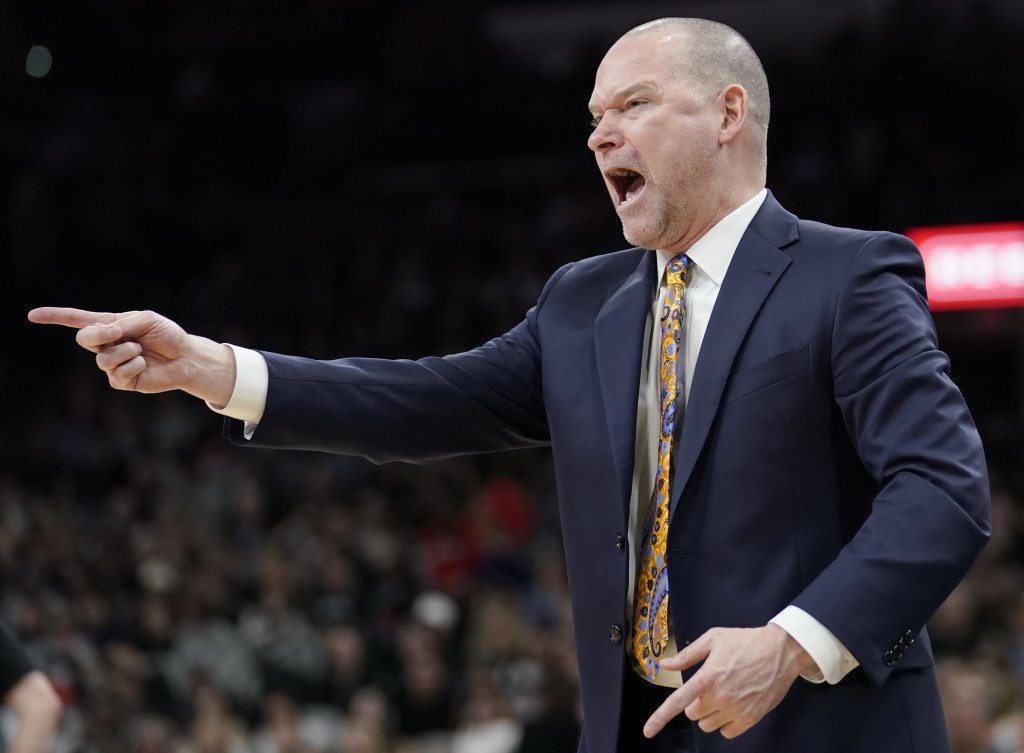 Bryn Forbes added 15 points for the resurgent Spurs (19-16), who have won eight of 10 to move within two percentage points of first-place Houston in the Southwest Division.

Juancho Hernangomez had 27 points for the Nuggets (21-11), who lost their second consecutive game and fell just behind Golden State for the best record in the Western Conference. Denver, which leads the Northwest Division by a half-game over Oklahoma City, is 13-3 at home but 8-8 on the road.

Malik Beasley added 22 points and Monte Morris had 15, both off the bench, for the Nuggets. Denver center Nikola Jokic was held to four points on 1-for-5 shooting in 31 minutes.

The Nuggets entered shooting 46 percent from the field this season but were limited to 39 percent by the Spurs. San Antonio also blocked four shots, all in the second half.

Spurs guard Derrick White blocked Jamal Murray's layup attempt on a fast break, which led to a driving dunk by White for a 91-80 lead with 7:28 remaining.

Murray was held to nine points and fellow backcourt starter Torrey Craig had 10.

The Spurs, who led by as many as 18, were ahead at the end of every quarter despite a drought in the second period. Denver held San Antonio scoreless for 2:42 beginning midway through the second, but the Spurs closed the half on a 10-3 run to claim a 55-53 lead.

San Antonio had 29 assists, five above its season average.

The Spurs had 11 assists in the opening quarter, including one set up by six passes before San Antonio found DeRozan open for a layup.

Nuggets: Will Barton (right hip), Paul Millsap (broken right toe), Isaiah Thomas (right hip surgery), Gary Harris (right hip), Michael Porter Jr. (lower back surgery) and Jarred Vanderbilt (right foot surgery) all missed the game due to injury. . The Nuggets' last win in San Antonio came on March 4, 2012. Denver is 19-74 in San Antonio, but holds a winning record over the Spurs at home (48-43). . All but one of Denver's losses this season has come in consecutive games. The Nuggets have a four-game losing streak and three two-game skids.

Spurs: San Antonio rookie guard Lonnie Walker IV was active for the first time this season after injuring his right knee during the preseason, but did not play. Walker missed the first 20 games and spent the past 14 assigned to the team's G League affiliate. . Aldridge failed to hit the rim on his only 3-point attempt. . DeRozan rolled his ankle late in the first half but quickly got up and remained in the game following a timeout.

San Antonio coach Gregg Popovich is not a fan of playing the same opponent in back-to-back games, as the Spurs will do in facing the Nuggets again Friday in Denver.

"I hate them, they're awful," Popovich said. "We have six of them this year; some teams have one or two."

"I hate them. I just hate them. I can hate them for whatever reason. You do that in the playoffs, you don't do that now," he said.

DeRozan became the NBA's leading scorer among players out of USC, moving past Gus Williams for the top spot. DeRozan has 14,112 career points in 10 seasons and Williams had 14,093 in 11 seasons with Golden State, Seattle, Washington and Atlanta. The others in the top five are Paul Westphal (12,809), Bill Sharman (12,653) and Cliff Robinson (10,823).

Spurs: At Denver on Friday night.