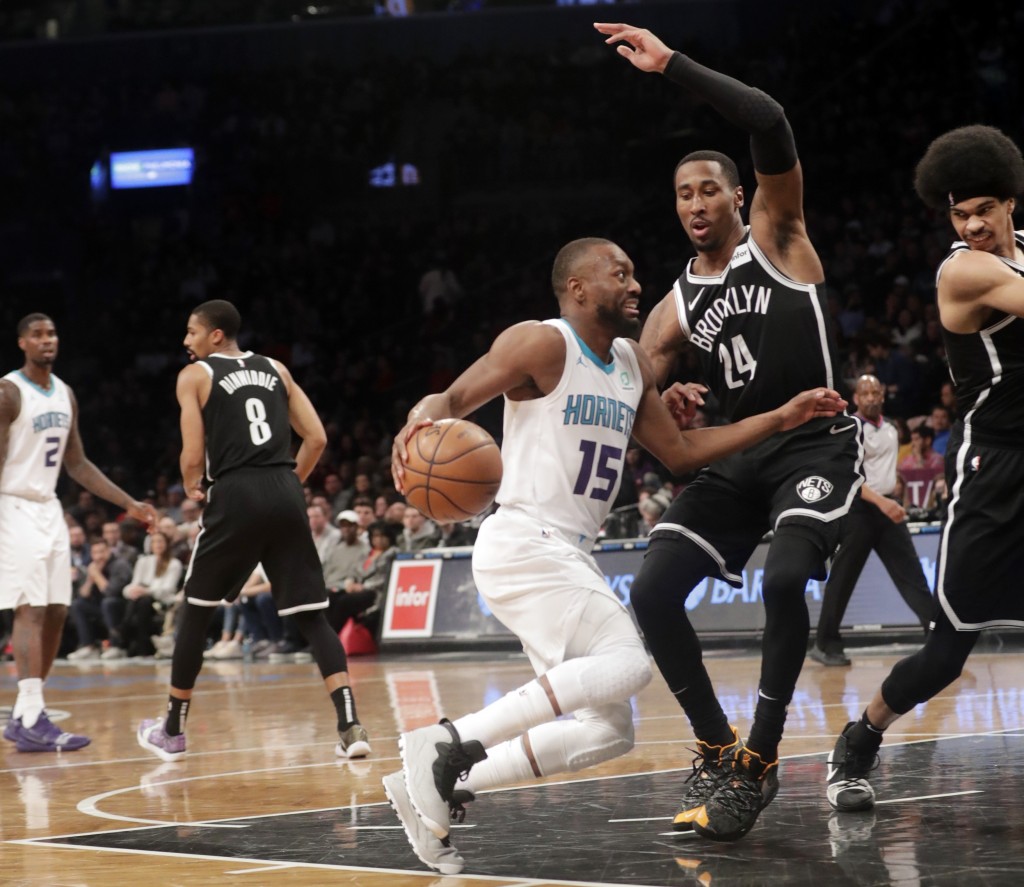 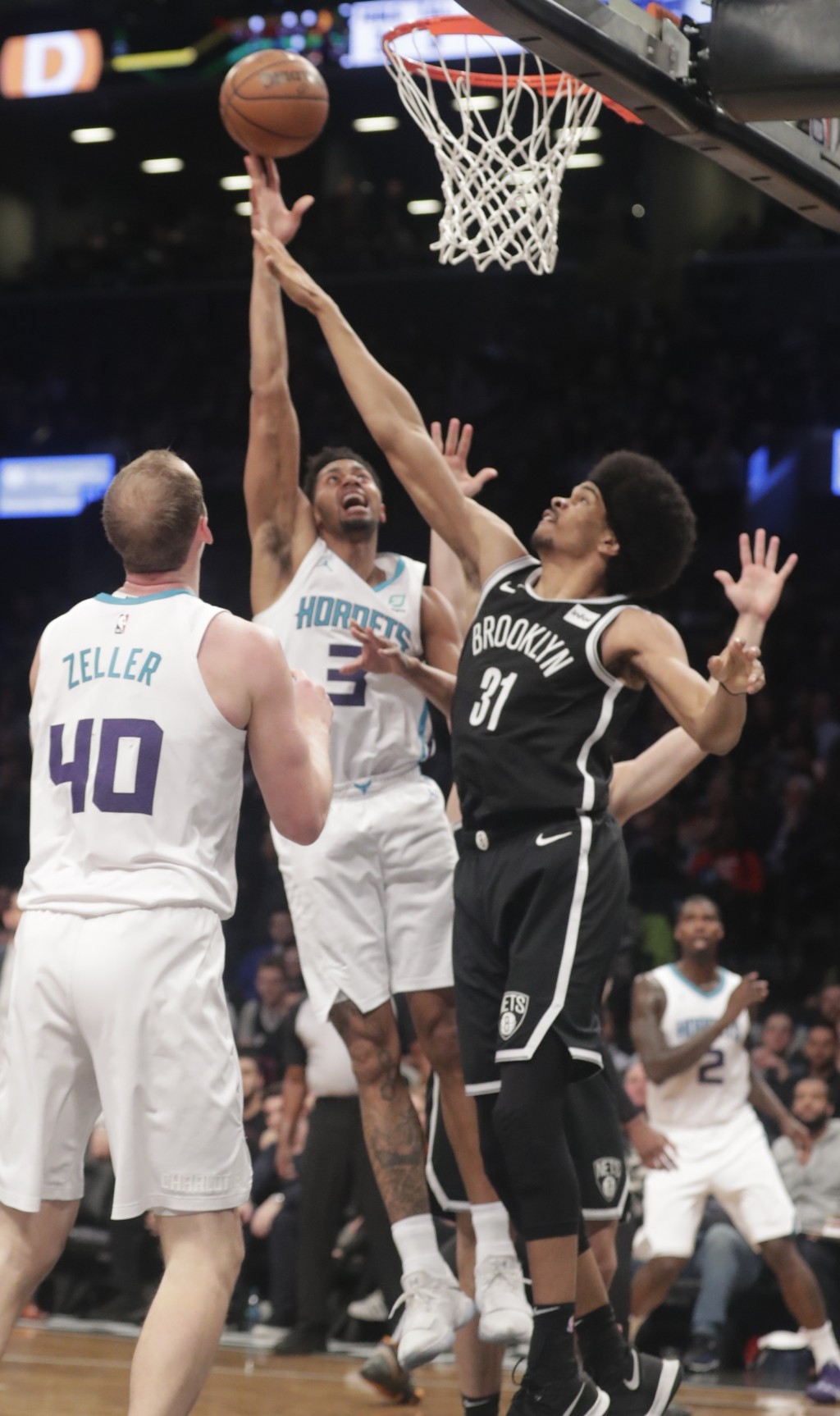 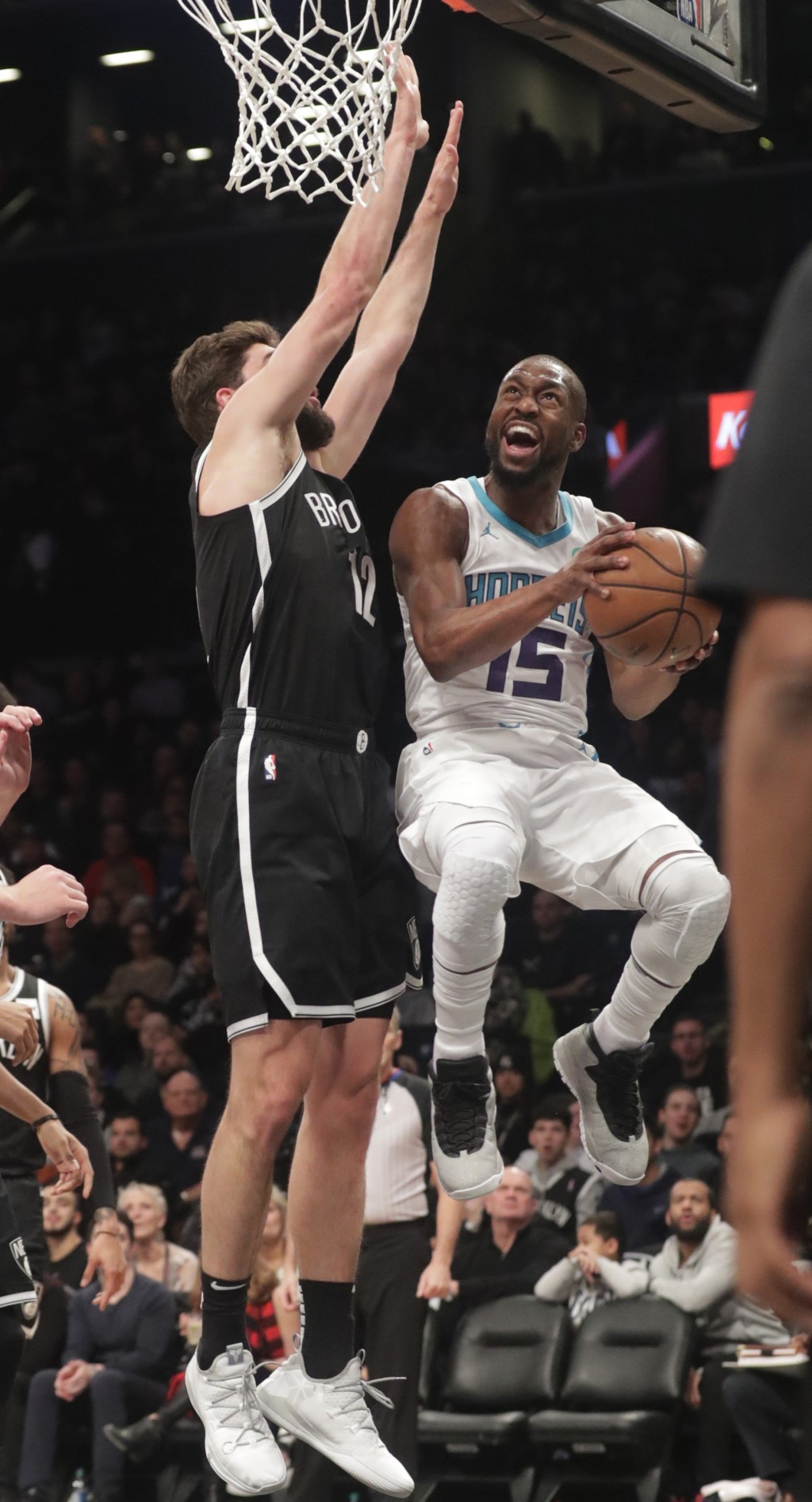 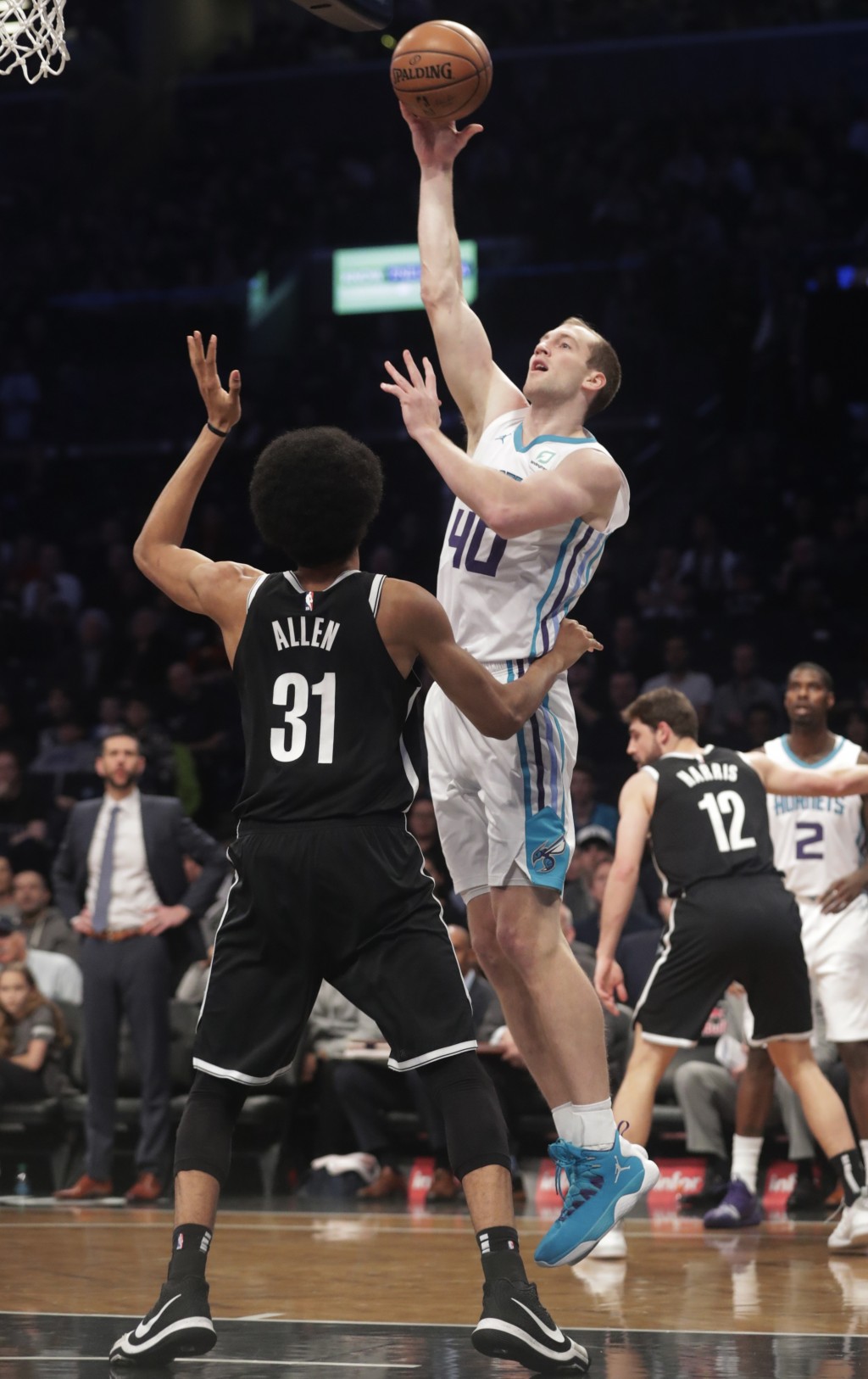 NEW YORK (AP) — Joe Harris made the tiebreaking layup with 3.4 seconds left in the second overtime and finished with a season-high 27 points as the Brooklyn Nets beat the Charlotte Hornets 134-132 on Wednesday night.

The teams swapped mistakes over the final stretches of regulation and overtime, and Malik Monk made the biggest when he lost his dribble while the Hornets were trying to get a shot. Harris picked up the ball near midcourt and drove in for a layup. The Hornets got two cracks at a chance to tie it again — a clock malfunction necessitated time being put back on the clock — but Monk was well off on a last attempt.

Spencer Dinwiddie had 37 points and 11 assists for the Nets, who won for the ninth time in 10 games. Rondae Hollis-Jefferson finished with 16 points and 15 rebounds, and rookie Rodions Kurucs had 13 points and 12 boards.

Kemba Walker scored 35 points for the Hornets, but the Nets turned to a zone defense and whatever else they could do to force the ball out of his hands as much as possible late in the game. Jeremy Lamb added 31 points in the opener of a home-and-home series.

Dinwiddie opened the second OT with a four-point play and the Nets went up by six after a basket by Harris. Monk made a 3-pointer and Walker converted a three-point play to tie it, and it went to the final seconds tied after baskets by Dinwiddie and Marvin Williams.

Walker engineered a personal 12-2 run that had the Hornets ahead by eight with just over 3 minutes remaining in regulation, but the Nets changed up their defenses to contain him from there.

Harris tied it first at 107 and then 110 with 3-pointers. Walker then got into the zone and kicked it out to Williams in the corner for his 3, but the Nets tied it again when Lamb fouled Dinwiddie on a 3-pointer with 6.5 seconds to play.

Walker was fouled while dribbling and made one, then fouled DeMarre Carroll more than 70 feet from the basket as he rushed up the floor. Carroll made the first and missed the second, but the Hornets were called for a lane violation, giving him another attempt. He missed that as well and the game went to OT, where neither team led by more than two.

Nets: Dinwiddie had his third 30-point game off the bench this season, matching the franchise record set by Clifford T. Robinson in 1980-81. ... The Nets improved to 9-4 in December.

The teams meet in Charlotte on Friday.