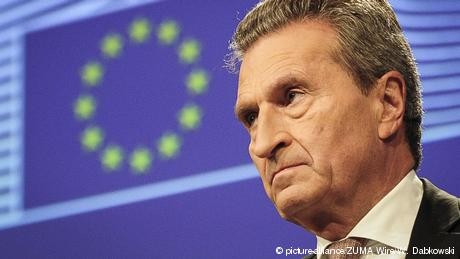 Oettinger, the EU's budget commissioner, said Thursday that if Britain ended up not paying its dues into the 28-nations' coffers in 2019 under a "hard" Brexit, Germany's extra bill would amount to what he termed "in the mid-three digit range" of hundreds of millions of euros.

"It is not entirely unlikely that the British parliament will vote in January for the divorce agreement," Öttinger said. "For a disorderly Brexit or for a new referendum there is certainly no majority [in Britain]."

He was of the view that the possibility that Britain might somehow remain in the EU had increased in the previous months,

"Nevertheless, I assume that it will come to an exit at the end of March," said Oettinger.