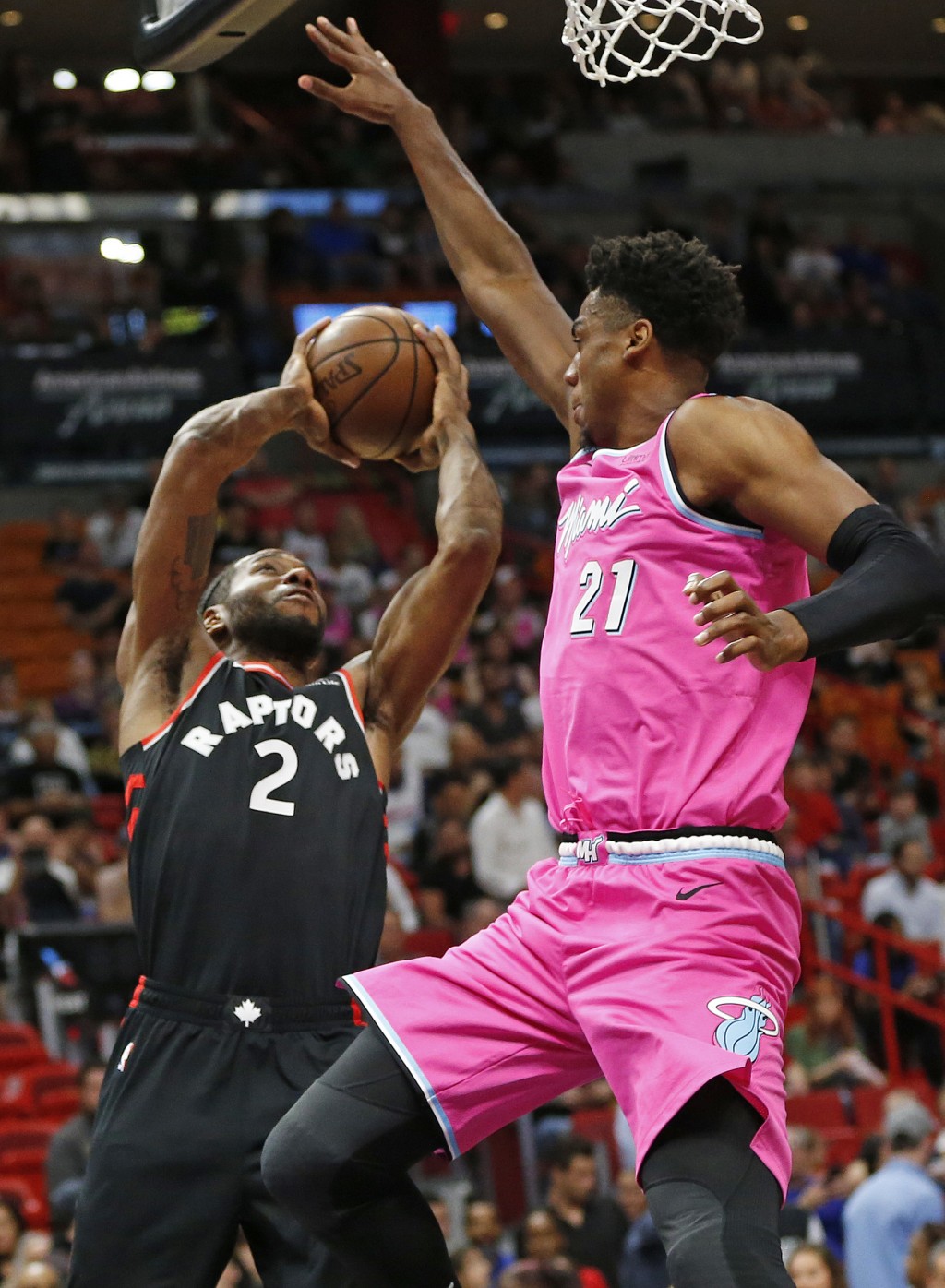 Green had 18 points and Fred VanVleet added 16 for the Raptors, who survived a wild fourth quarter that saw 12 lead changes and four ties. Miami had three shots on the game's final possession, with Dwyane Wade and Justise Winslow missing 3s and Wade having a chance at a tip-in that wouldn't fall.

Winslow scored 21 points for Miami, which saw its five-game winning streak snapped. Josh Richardson scored 17 and Hassan Whiteside scored 16 for Miami, which was 6 for 12 from the foul line — while Toronto was 19 for 23.

James Johnson and Tyler Johnson each scored 12 for the Heat, while Wade had 10. Pascal Siakam added 10 for the Raptors.

Detroit had lost 9 of 11 but used a hot start in the third quarter to pull away. Drummond had 16 points and 11 rebounds, and Langston Galloway scored 22 points off the bench.

The Wizards lost for the eighth time in 10 games and are 4-16 on the road. John Wall had 21 points, eight assists and seven rebounds, and Bradley Beal scored 21 points.

Kelly Oubre Jr. scored had 19 points and Josh Jackson added 10 for Phoenix, which has won five of its last seven games.

Phoenix outscored the Magic 4-2 in overtime. Vucevic hit a jumper with 4:26 left in the extra period to account for Orlando's only points on 1-for-10 shooting.

CHICAGO (AP) — Derrick Rose had 24 points and eight assists in just his second career game in the United Center against his former team, lifting Minnesota.

Karl-Anthony Towns had 20 points and 20 rebounds as the Timberwolves won their second straight on the road.

Rose, the top pick in the 2008 draft, played his first seven seasons in Chicago and was named the NBA's most valuable player in 2011.

Zach LaVine had 28 points in 26 minutes off the bench and Lauri Markkanen added 16 for Chicago, which had won two straight and three of five before Wednesday.

The Pacers have won 10 of 12. Indiana coach Nate McMillan used nine players, eight of whom finished in double figures.

Kent Bazemore tied a career high with 32 points, John Collins added 21 points and 11 rebounds and Dewayne Dedmon had 18 points and a season-best 15 rebounds for the rebuilding Hawks, who had won three straight.

The Hawks, who have the league's second-worst offense, stayed close by hitting 17 3-pointers.