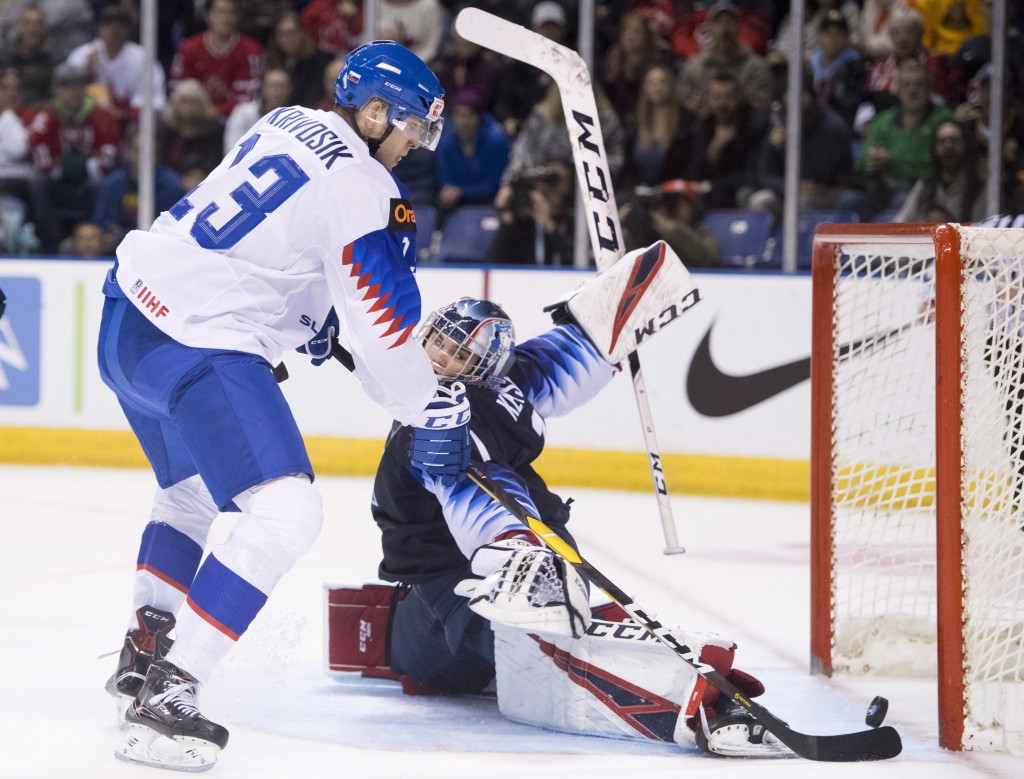 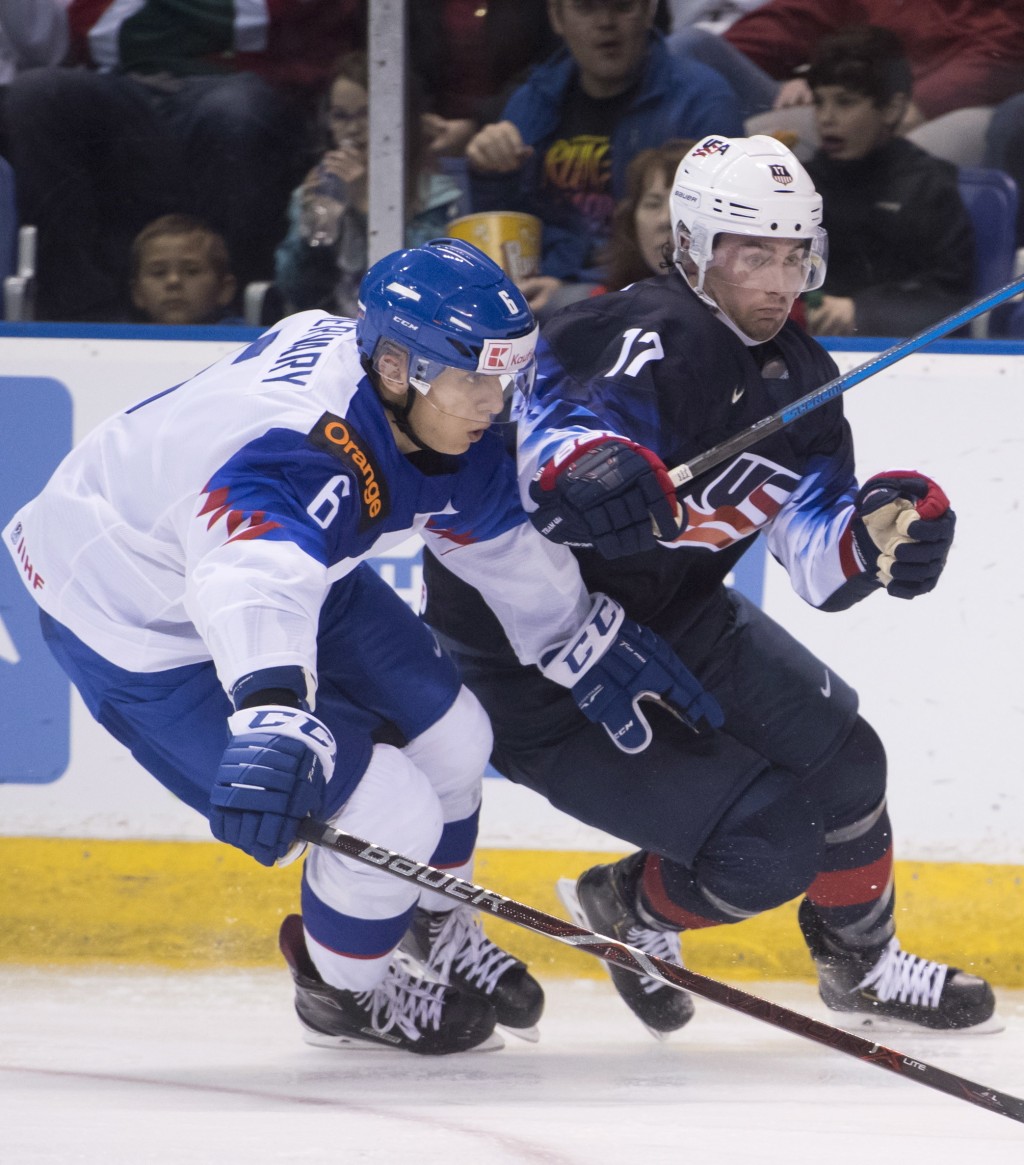 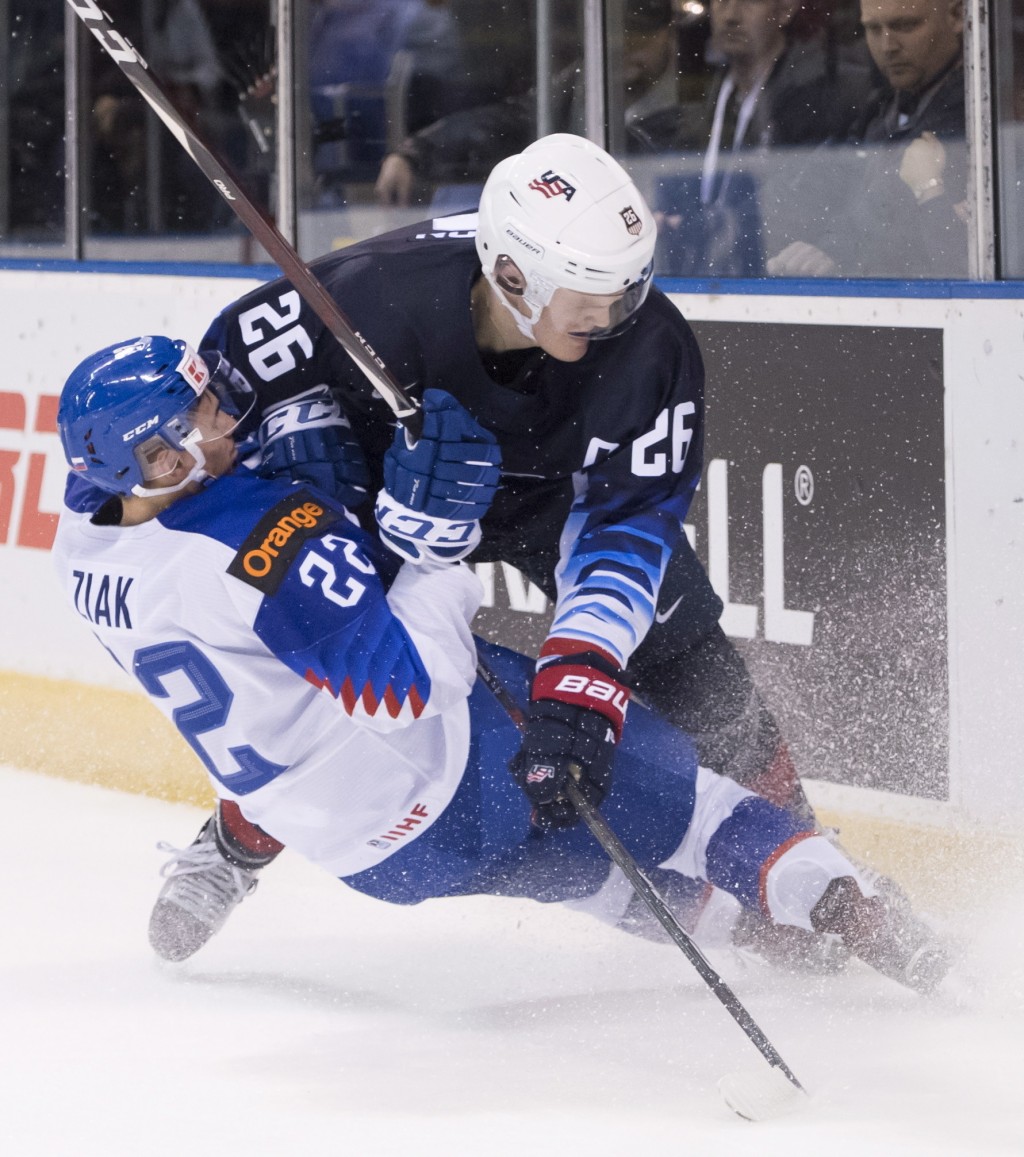 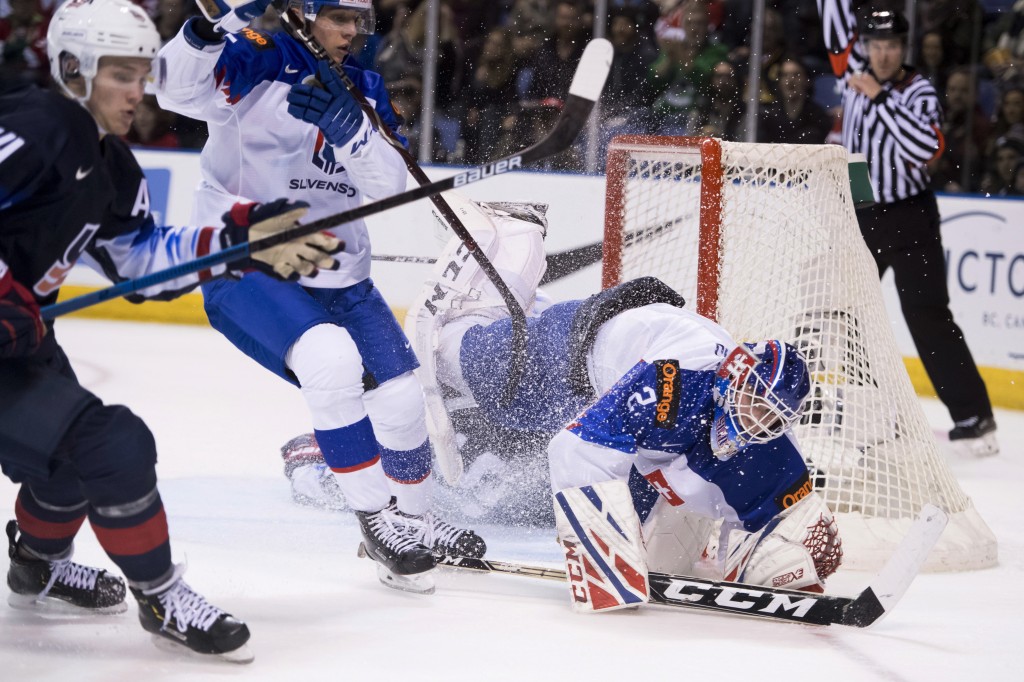 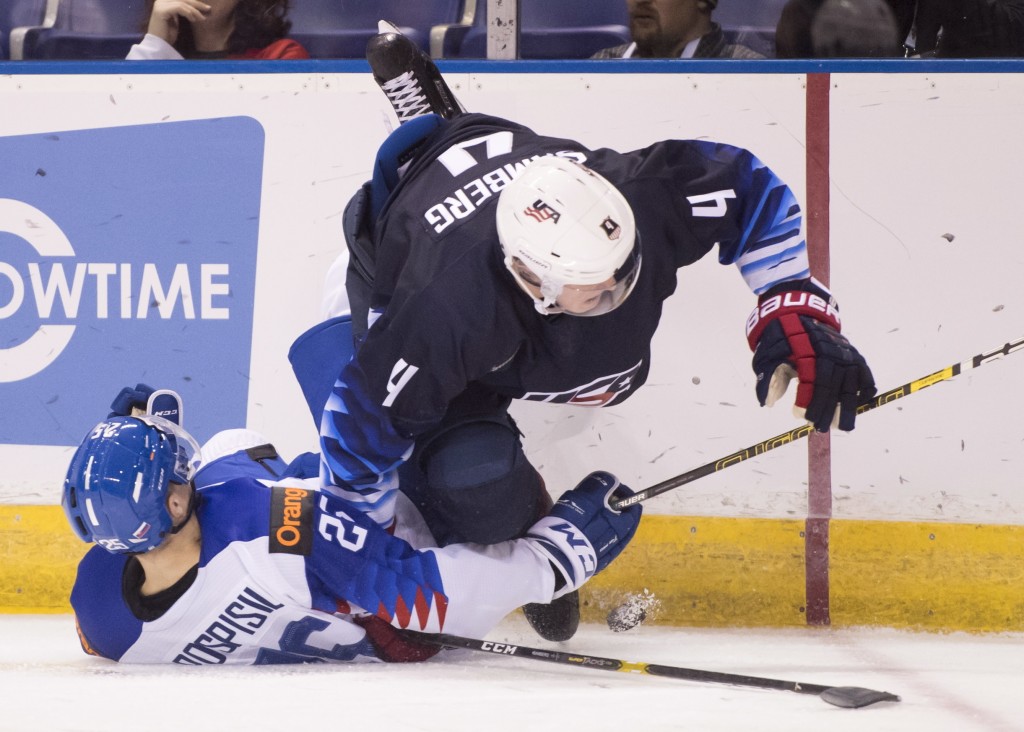 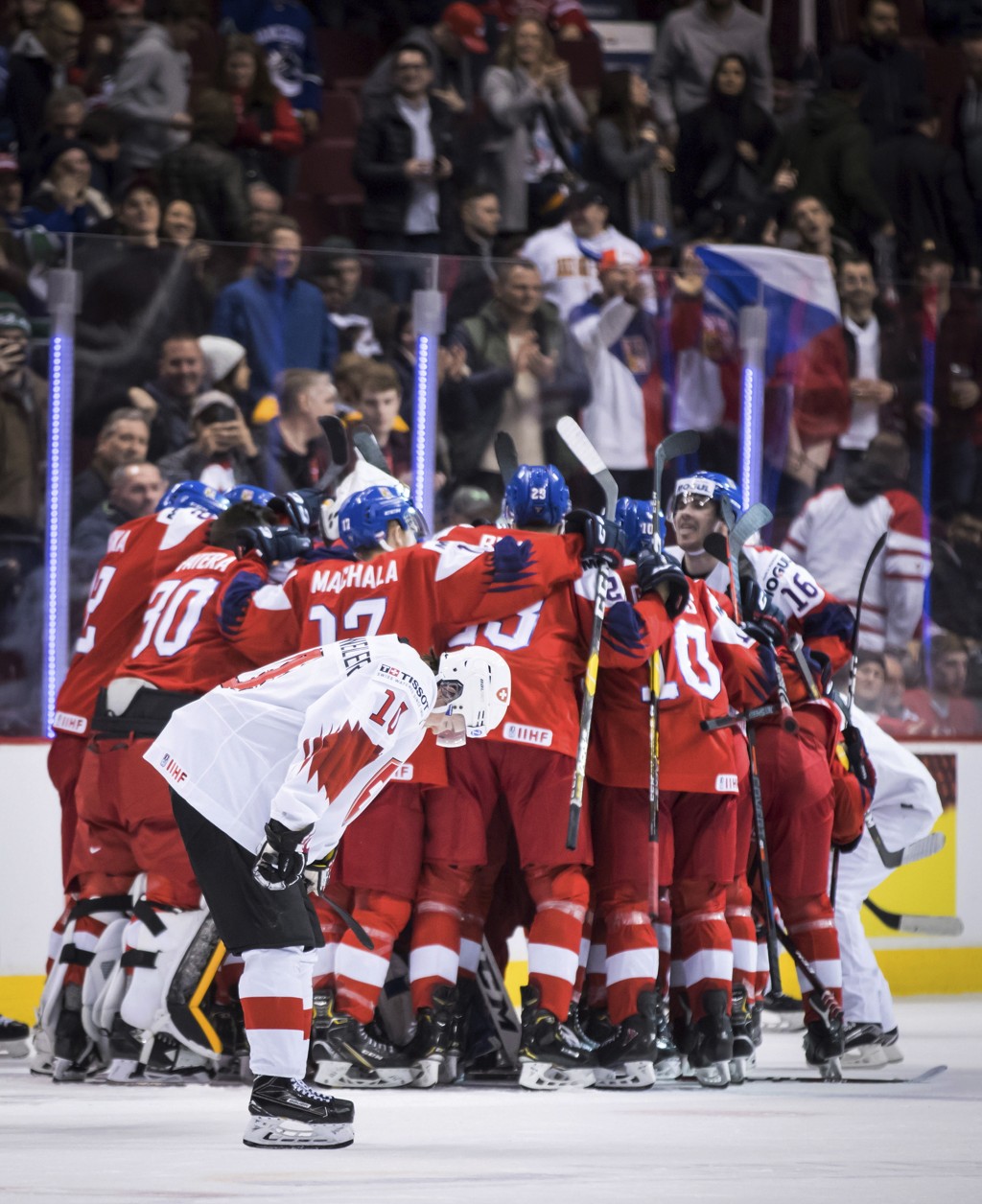 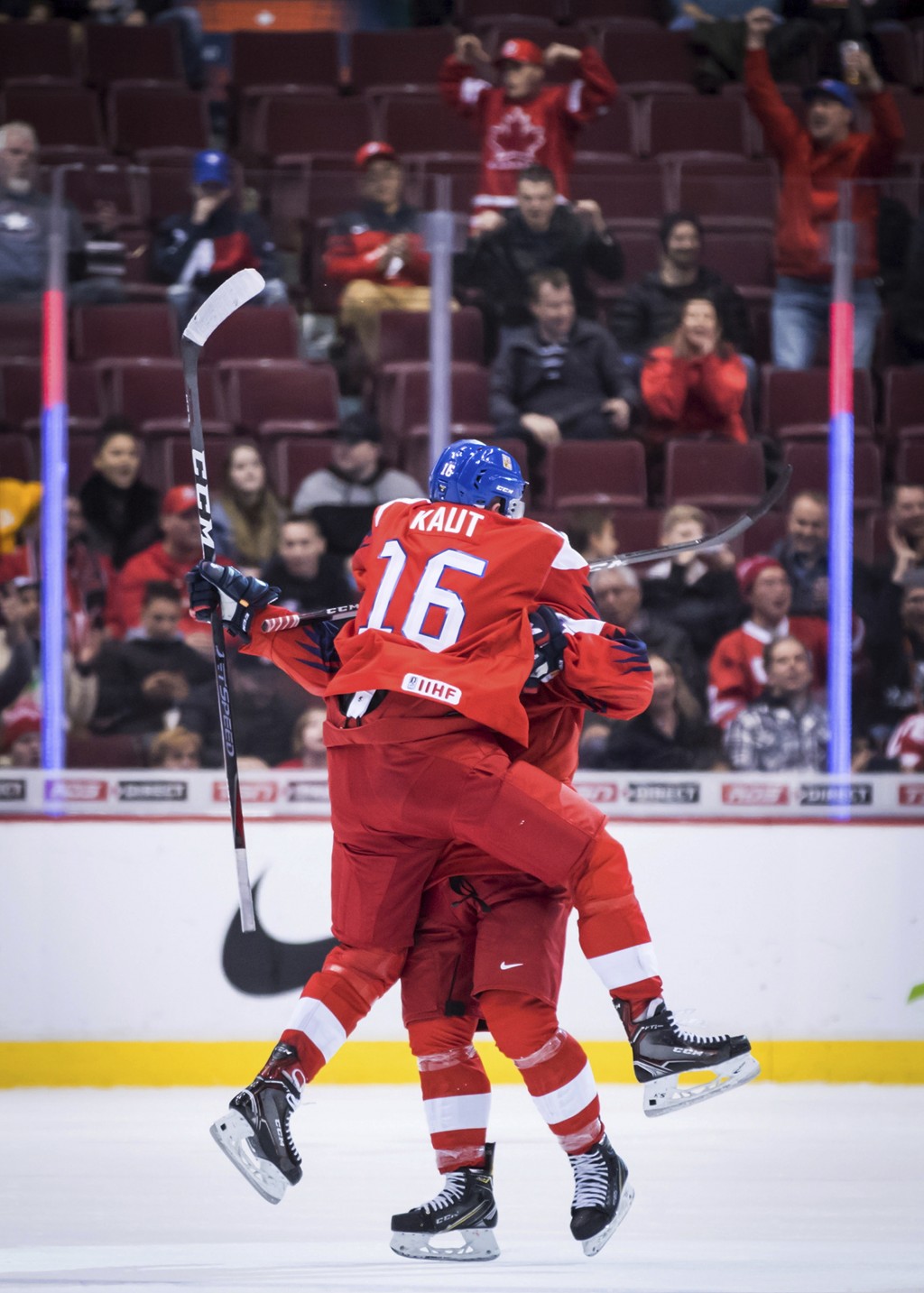 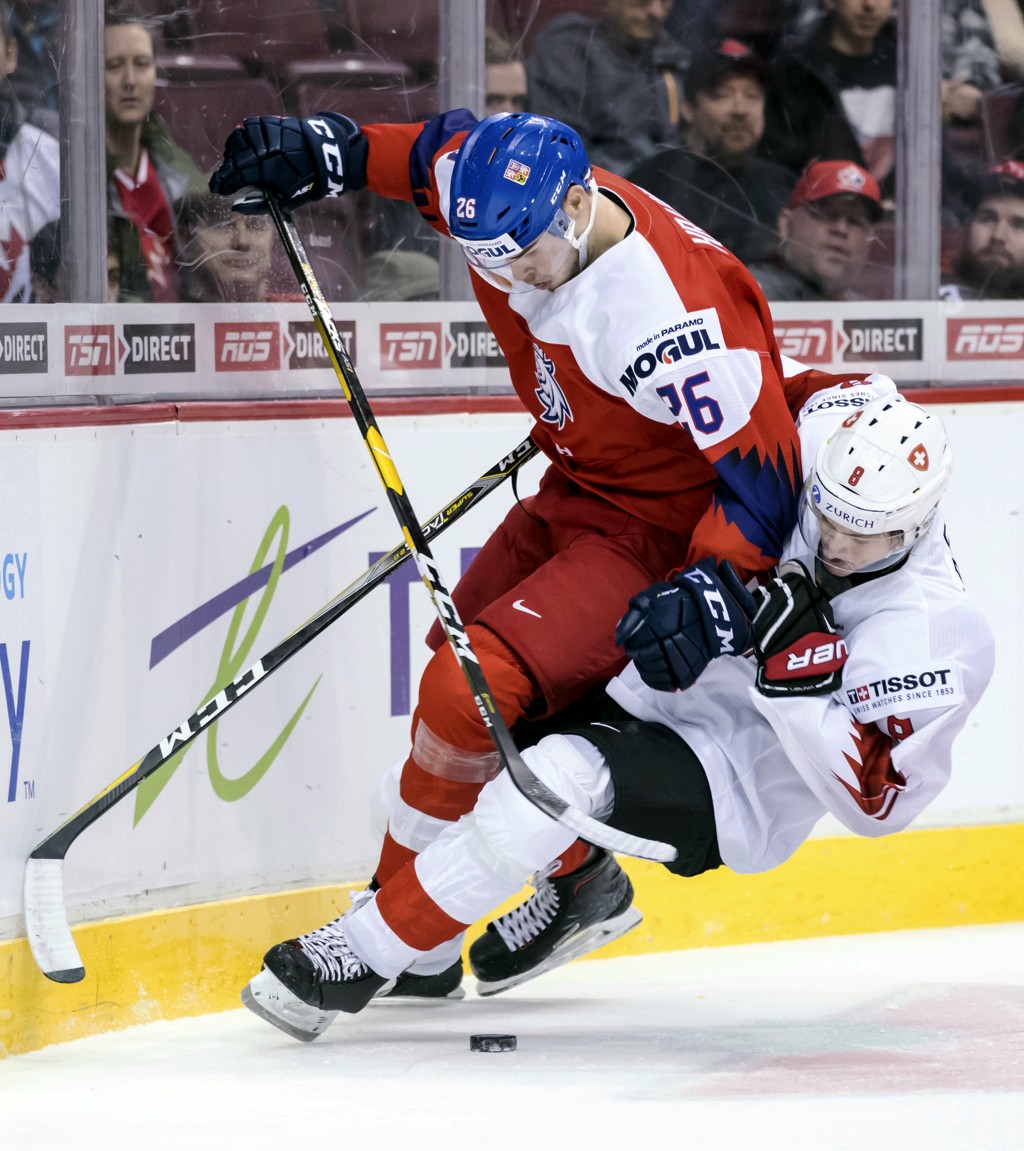 Kyle Keyser made 13 saves for the Americans, allowing only Marek Korencik's goal late in the second period at Save-On-Foods Memorial Centre. Keyser stopped Andrej Kukuca on a penalty shot with 6:45 left to preserve the lead.

Anderson, the U.S. captain, plays for Minnesota-Duluth, Barratt for Penn State, and Keyser for the Ontario Hockey League's Oshawa Generals

The Americans will face Kazakhstan on Friday night, play Sweden on Saturday night and complete round-robin play against Finland on Monday night. Sweden faced Finland later Wednesday in the other Group B opener in Victoria.

In Group A at Rogers Arena in Vancouver, David Kvasnicka scored on a long wrist shot 52 seconds into overtime to give the Czech Republic a 2-1 victory over Switzerland.