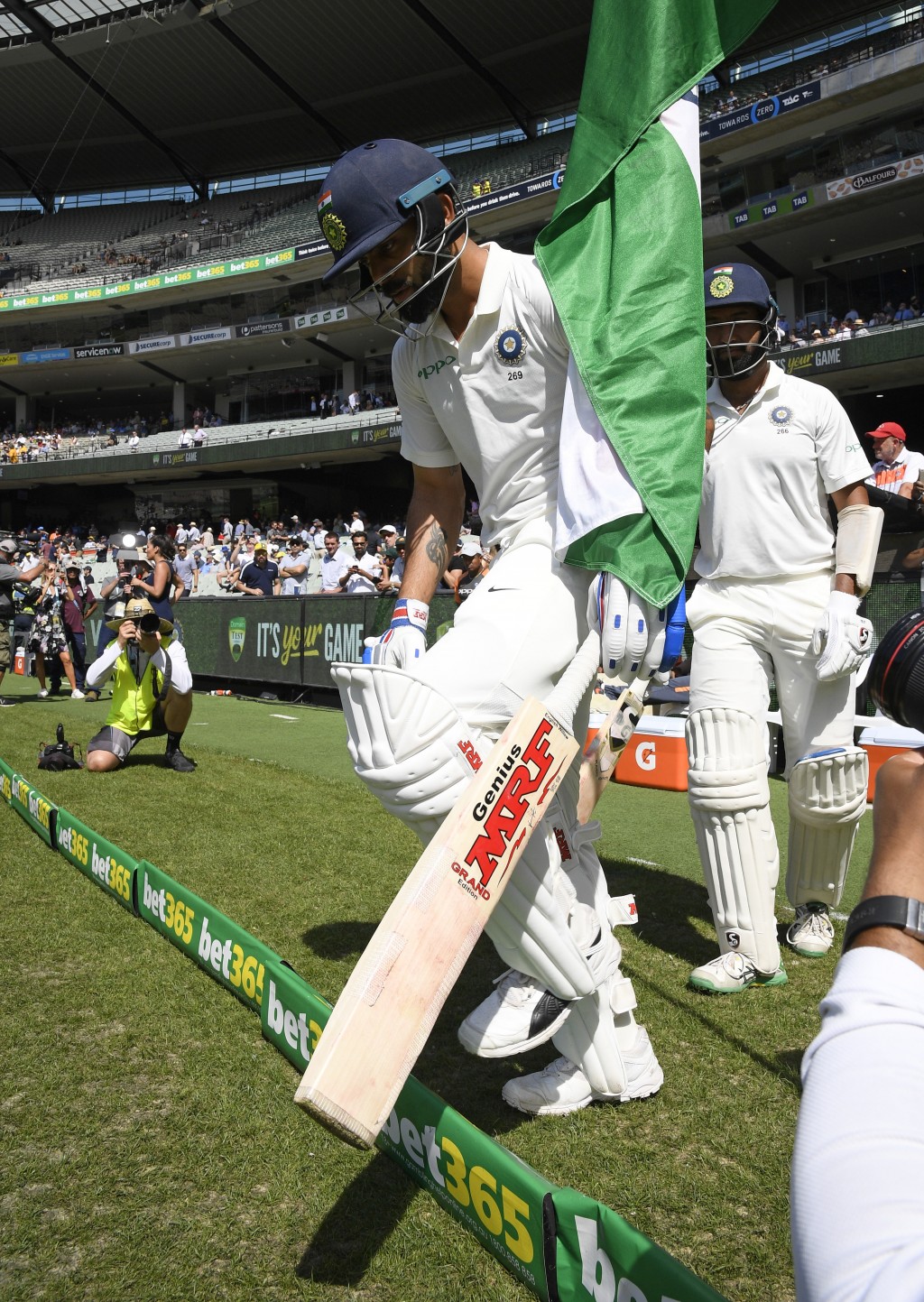 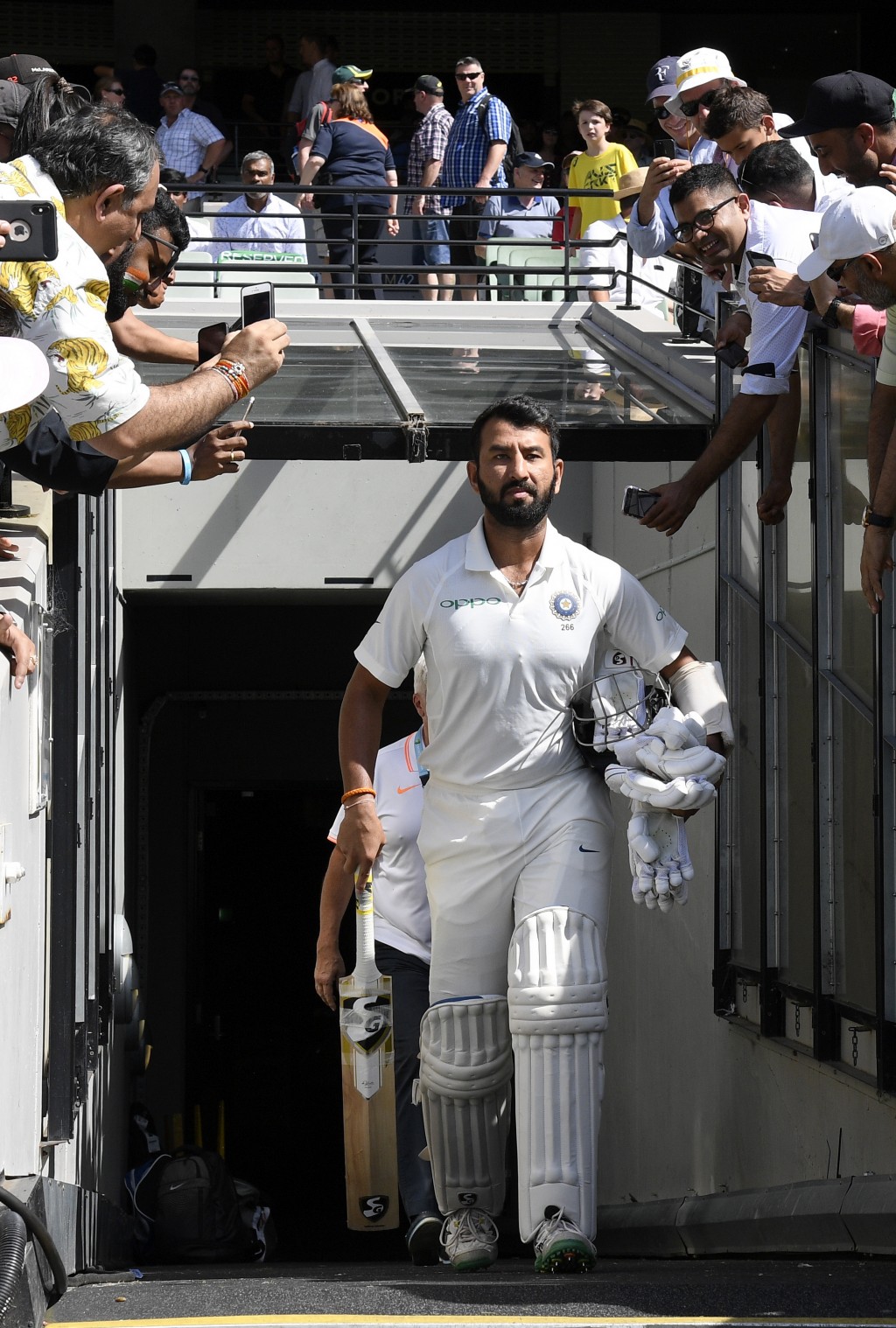 MELBOURNE, Australia (AP) — India's plan to bat for as long as possible was on track at lunch on Thursday's second day of the third cricket test against Australia, with Cheteshwar Pujara on 103 and Virat Kohli on 69.

The pair had shared a 154-run stand as India reached 277-2 on a controversially lifeless pitch at Melbourne Cricket Ground.

Pujara's 17th test century came off 280 deliveries and included 10 fours. The 30-year-old danced down the pitch to spinner Nathan Lyon and clipped an off-drive to the boundary to register his second century in the current series against Australia.

While Pujara's innings has been all about patience, world No.1-ranked batsman Virat Kohli has scored his 69 runs from 182 balls and threatens to unleash an attacking raid later in the day's play. Kohli has struck eight boundaries and is eager to add to his tally of five test hundreds in 2018.

Dropped on 47 late on the first day's play, Kohli required only three deliveries to reach his half-century off 110 deliveries. However, on 56 he edged a chance through the vacant third-slip position off the bowling of Josh Hazlewood and was outscored by Pujara in Thursday's opening session.

Australia's quicks, armed with a second new ball that was only seven overs old, were unable to make a breakthrough in the morning session.

India had resumed on Thursday on 215-2. It was the first time since 1970 that a full day's play at the MCG on Boxing Day had featured less than three wickets.

Mayank Agarwal scored 76 on Wednesday, the highest innings by an Indian test debutant in Australia. The 27-year-old said the much-maligned pitch was slow but good for batting.

"We will try to keep them out there as long as we can," he said. "The longer we bat, the better it is for us."

The pitch for last year's Melbourne test between Australia and England was officially rated as poor by the match referee after it ended in a dull draw.

The four-test series is level at one-all.