TAIPEI (Taiwan News) -- The last cold wave of the year is pushing south and will cause the mercury to steadily drop until reaching as low as 11 degrees Celsius by this weekend and snow could start falling by Sunday, according to the Central Weather Bureau (CWB).

The CWB pointed out that a continental cold air mass began affecting Taiwan today, causing daytime temperatures to plunge with highs in northern Taiwan not expected to climb above 20 degrees. There will be intermittent rain throughout the day in Taoyuan and areas north, as well as Yilan.

The CWB said that the continental cold air mass will be at its peak from Saturday to Sunday morning (Dec. 29 to Dec. 30), when the low temperatures in central and northern Taiwan will only rise to between 13 and 15 degrees, while open areas will dip down to 11 degrees. Although conditions in southern Taiwan will be slightly better, the lows will still fall to between 13 and 16 degrees, and will still be significantly colder than before. Due to the large temperature fluctuations between day and night, elderly people with cardiovascular disease and young children must be sure to be careful to dress adequately for the colder temperatures.

From Sunday to New Year's Day (Dec. 30 - Jan. 1), although the intensity of the cold air will be slightly reduced, a southern cloud system will move north, increasing water vapor. If the cold temperatures and moisture converge during this period, snow may fall on mountains over 3,000 meters in elevation.

On Dec. 30, Thirtyfive will enter the South China Sea, where it will collect more water vapor and is likely to bring heavy rains to central and southern Taiwan. 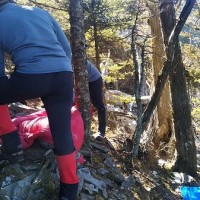 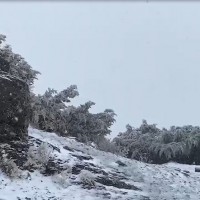 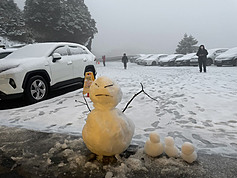 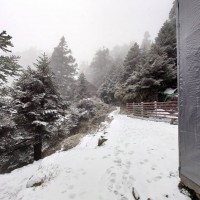