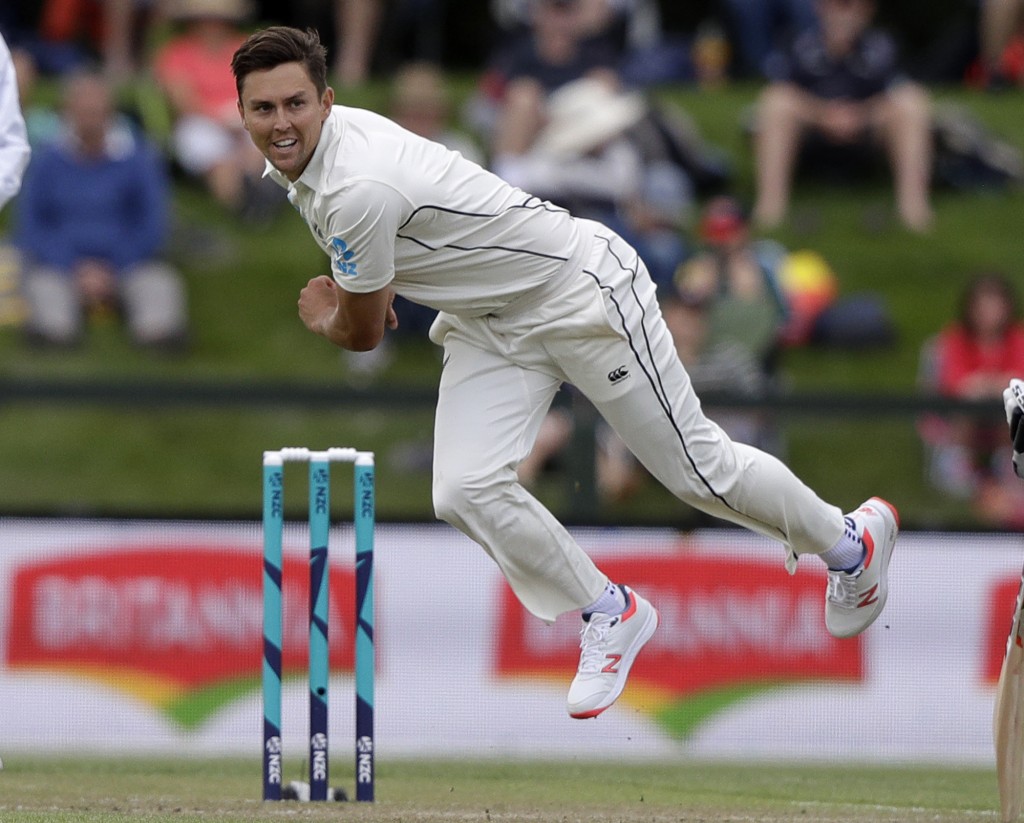 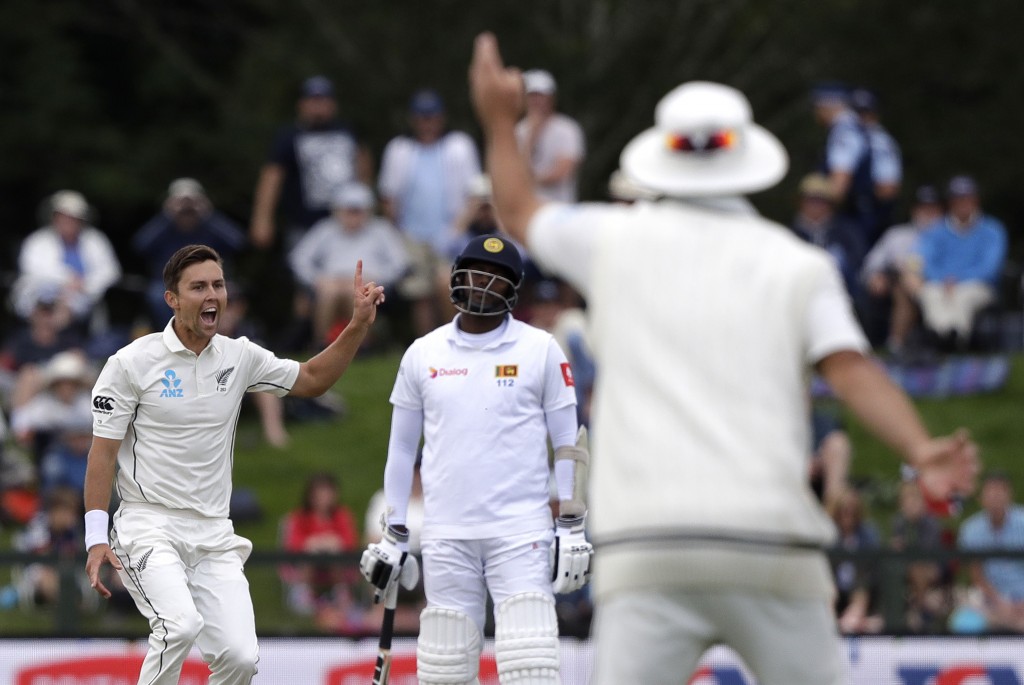 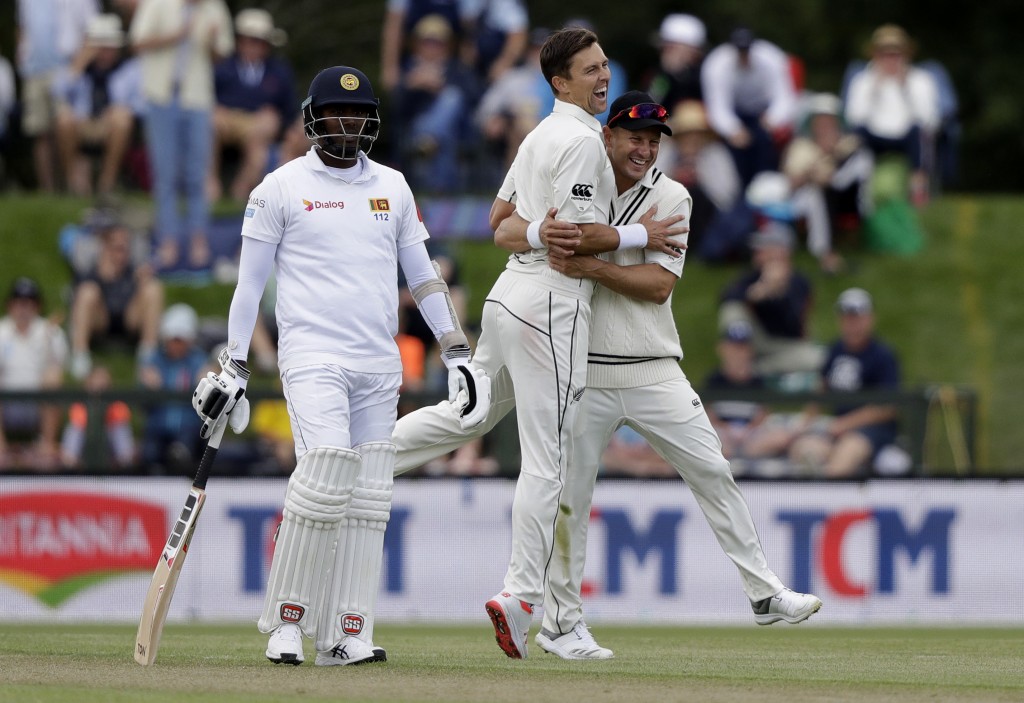 CHRISTCHURCH, New Zealand (AP) — Trent Boult took six wickets for four runs in the space of 15 balls, narrowly missing a hat trick as New Zealand bowled out Sri Lanka for 104 after it resumed at 88-4 on Wednesday on the second day of the second cricket test.

Boult began the day with 0-20 in Sri Lanka's first innings after also struggling for form in the first test at Wellington where he took 2-145.

His personal wicket drought broke spectacularly on Wednesday as he crashed through the Sri Lanka middle and lower order to claim a rare five-wicket bag in a session, in fact in less than an hour.

Boult's first two wickets were caught by his new ball partner Tim Southee in the slips and his next four fell lbw, three within the space of four balls.

Sri Lanka started the day with every prospect of overtaking New Zealand's first innings total of 178 but its hopes collapsed in the face of Boult's barrage of fast, full and swinging deliveries which saw him finish with 6-30 from 15 overs.

His first victim was the overnight batsman Roshen Silva who fell for 21 in the fifth over of the morning, caught by Southee at third slip after driving at a ball which swung late.

Wicketkeeper Niroshan Dickwella fell next to a brilliant catch by Southee, at full stretch, from a ball which also enticed the drive but left him late.

The next four wickets fell at an even more frantic pace and to similar lbw decisions.

Dilruwan Perera shouldered arms at a ball from Boult which was full and swung back late onto middle stump.

Suranga Lakmal received a similar delivery from the very next ball and was hit on the toe in front of middle.

Boult had to wait until the next over to chase his hat trick, bowling to the tailender Dushmantha Chameera. Chameera met the hat trick ball with a solid forward defensive shot but was out lbw to the next ball, giving Boult three wickets in four balls and his seventh five-wicket bag in tests.

Lahiru Kumara was his final victim four balls later, also out lbw without offering a shot.

The rapid collapse of the Sir Lanka innings left New Zealand with a 74-run lead which might be pivotal in a low-scoring match. The two-test series is locked at 0-0 after the first test ended in a high-scoring draw.