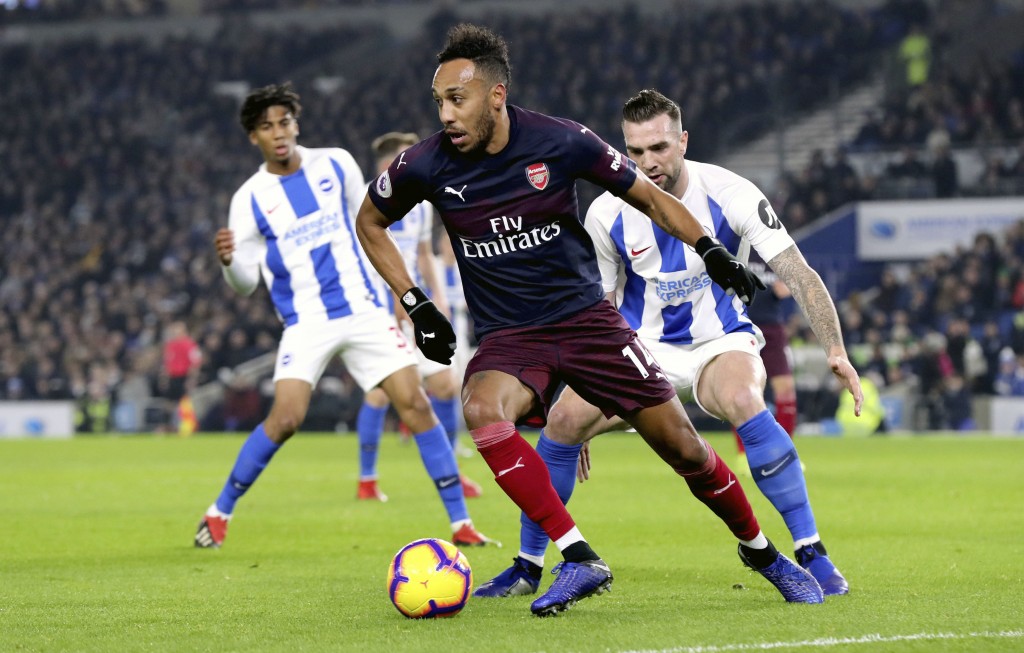 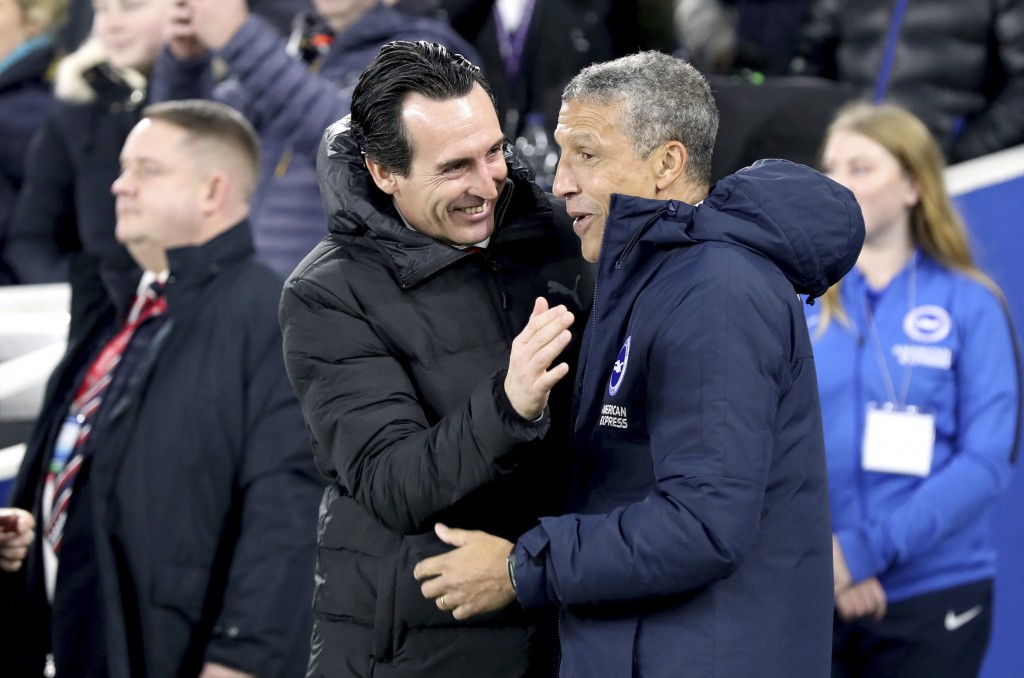 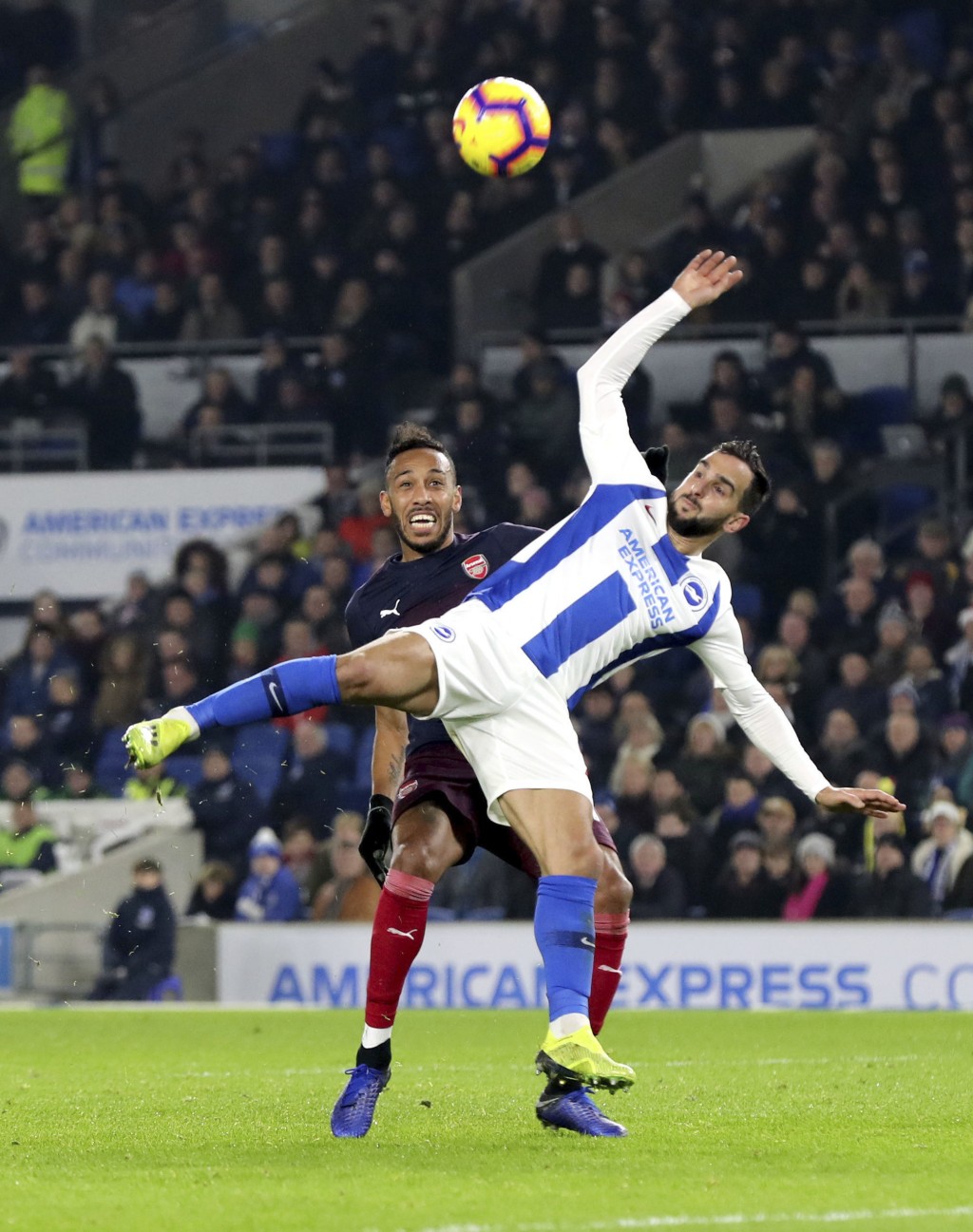 BRIGHTON, England (AP) — Juergen Locadia pounced on a defensive mistake as Brighton rallied to secure draw with Arsenal 1-1 at home in the English Premier League on Wednesday.

The opening stages suggested the visitors would have little trouble seeing off Brighton, especially after Pierre-Emerick Aubameyang claimed his 13th league goal.

Two attempted clearances were charged down and when Leon Balogun was caught in possession by Alexandre Lacazette in front of goal, Arsenal took full advantage.

Lacazette's sidestep wrong-footed Balogun and Shane Duffy, giving him time to lay the ball off to the unmarked Aubameyang, who produced a curling finish to beat goalkeeper Mat Ryan.

But defender Stephan Lichtsteiner's failure to deal with a long ball handed Locadia the chance to level 10 minutes before the interval with his first goal since February.

Davy Propper's long pass was hopelessly misjudged by Lichtsteiner, whose attempted header back to Bernd Leno fell short and Locadia nipped in and rounded the goalkeeper.