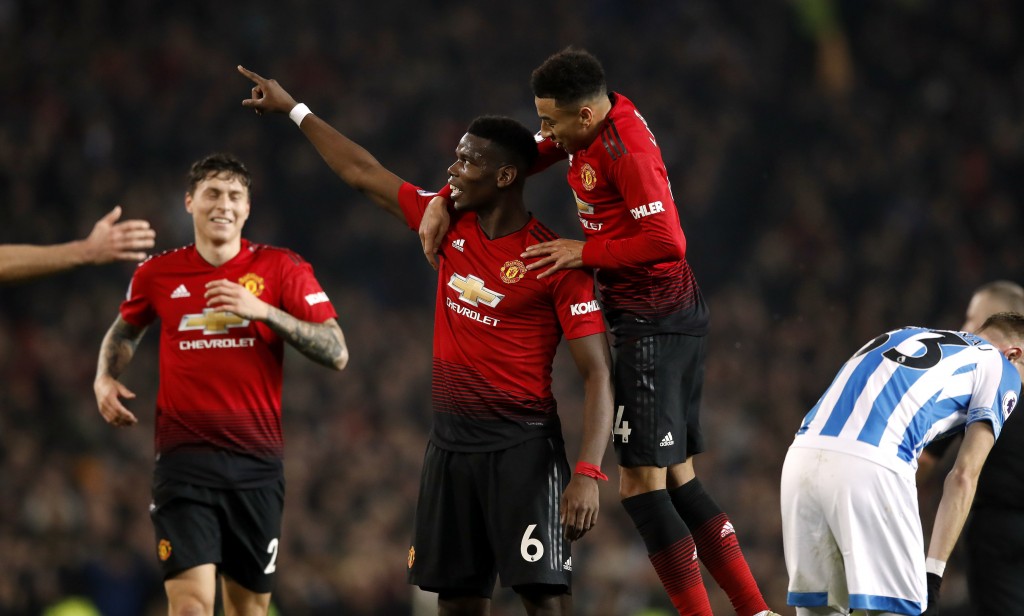 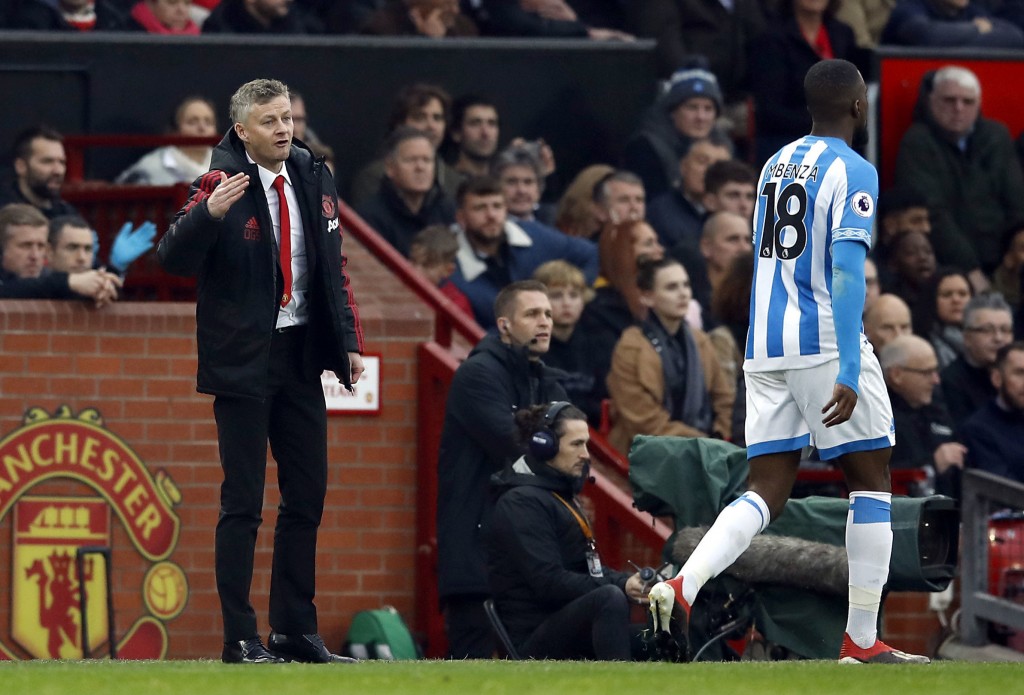 Solskjaer, whose first match in charge on Saturday was a 5-1 victory at Cardiff, received a warm reception from the crowd as he returned to Old Trafford 11 1/2 years after representing them as a player.

The feelgood factor in the ground was evident from the start, but it was Huddersfield that was on top early on.

Sixth-placed United, though, gradually grew into the game and went in front after 28 minutes. Victor Lindelof's powerful header from a Marcus Rashford corner was cleared off the line by Elias Kachunga, only for the ball to fall kindly for Nemanja Matic to score from close range.

Huddersfield also started the second half in confident mood with Isaac Mbenza having a shot blocked, Elias Kachunga fizzing the ball over the bar, and home goalkeeper David de Gea denying Laurent Depoitre with a superb one-handed stop.

Pogba, the France World Cup winner who fell out of favor with previous coach Jose Mourinho, was all smiles again after he took aim from distance to send another low effort beyond Lossl.

Mathias Jorgensen replied with a late consolation goal for Huddersfield.