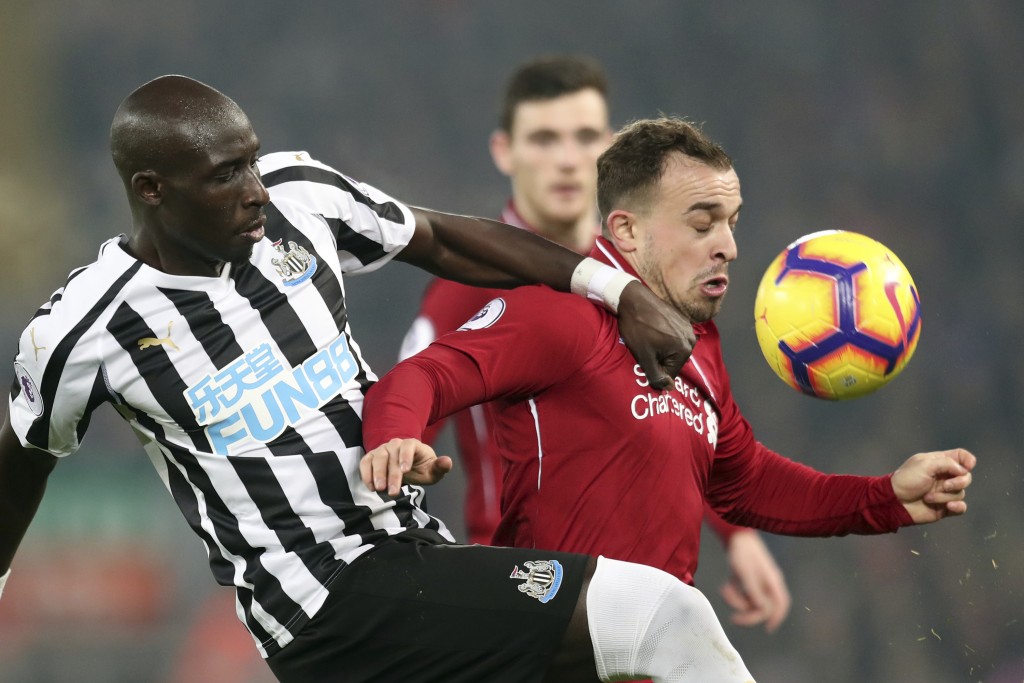 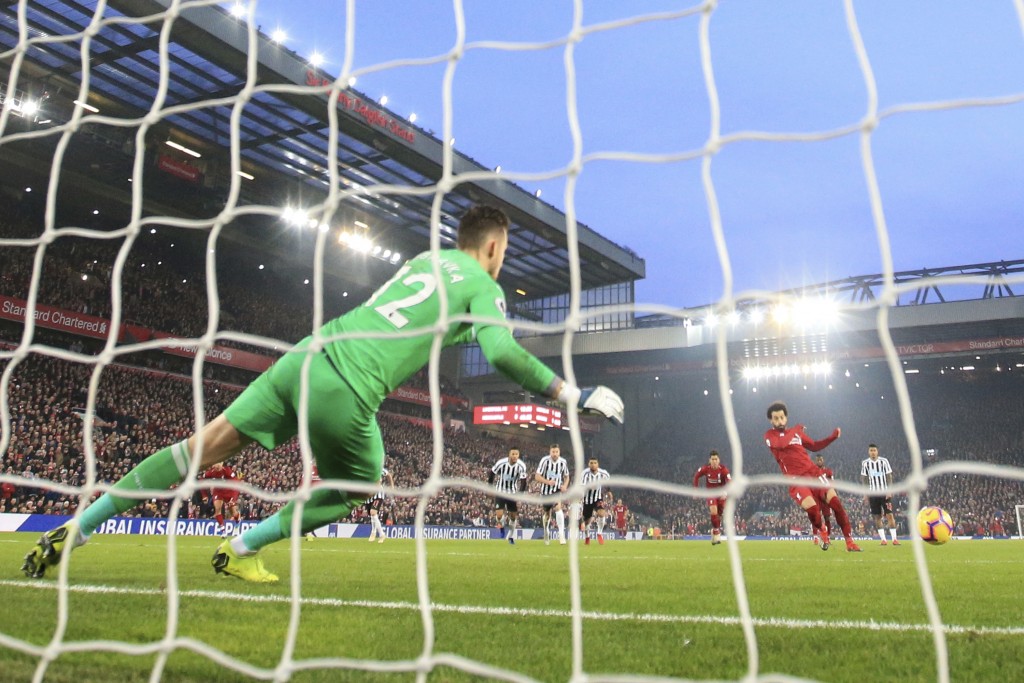 LIVERPOOL, England (AP) — Liverpool was six points clear at the top of the English Premier League after strolling past Newcastle 4-0 at Anfield on Wednesday.

While defending champion Manchester City was losing for the second game in a row, at Leicester, Juergen Klopp's men were showing how desperate they are to secure the club's first top-flight title since 1990.

Struggling Newcastle last won in the league at Anfield in 1994 and former Liverpool manager Rafael Benitez's decision to rest leading scorer Salomon Rondon did not say much for their ambitions.

The floodgates opened in the 11th minute when the combination of a poor Jamaal Lascelles header and a striker's finish from defender Dejan Lovren produced the opening goal.

Three minutes after the break Paul Dummett hauled down Mohamed Salah in the box and Liverpool's top scorer bagged his sixth goal in five matches by converting the penalty.

Xherdan Shaqiri pounced on a Trent Alexander-Arnold cross to make it 3-0 with 11 minutes to go, then substitute Fabinho bundled home a corner as the home team kept its 12th clean sheet of the campaign, the same number it achieved when last winning the title.