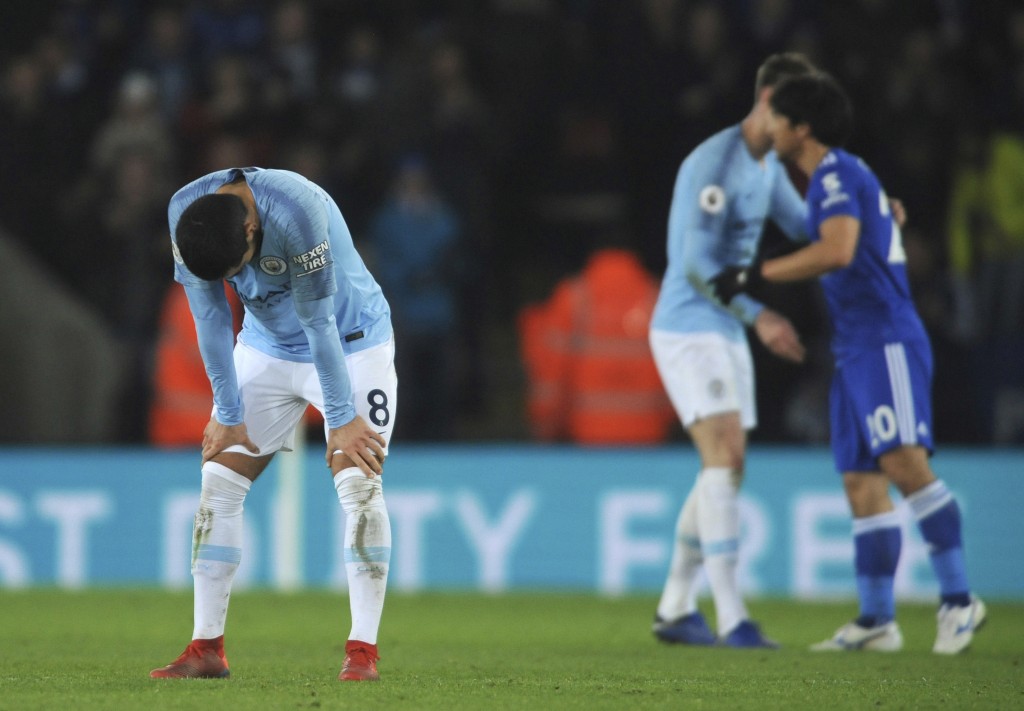 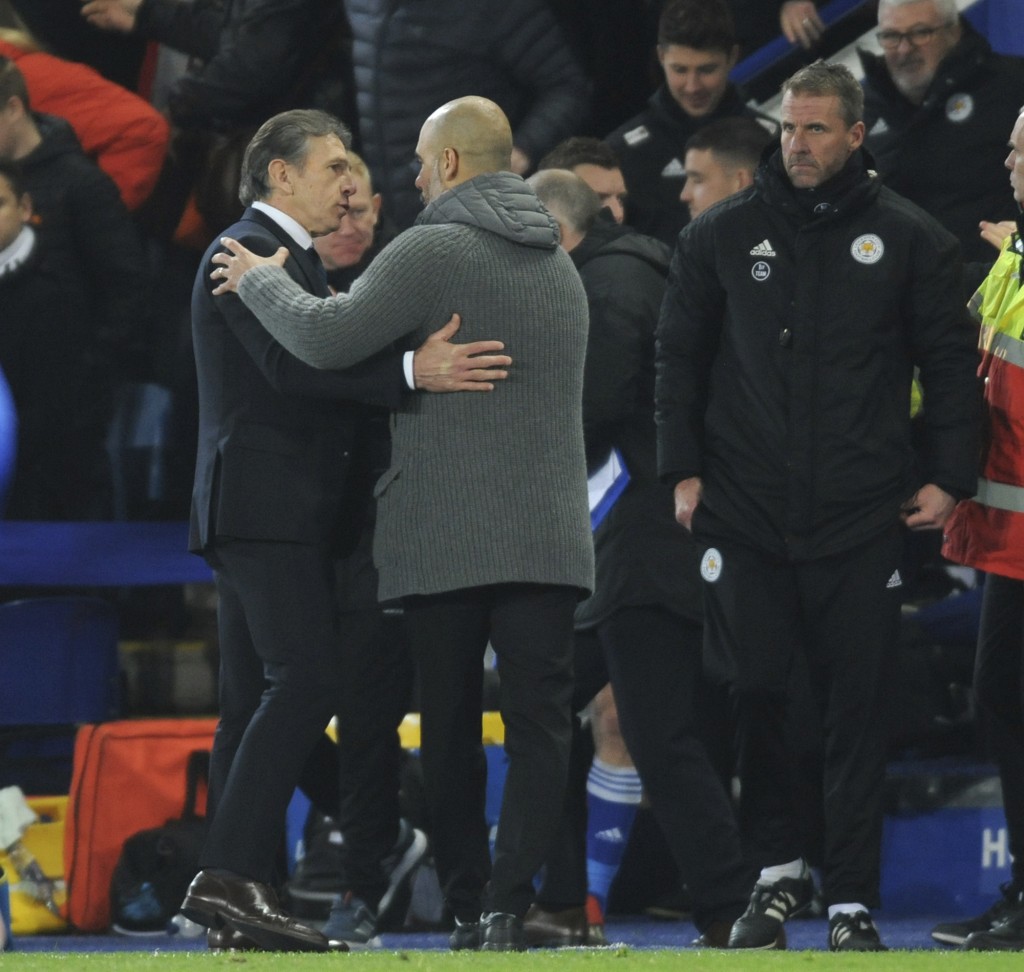 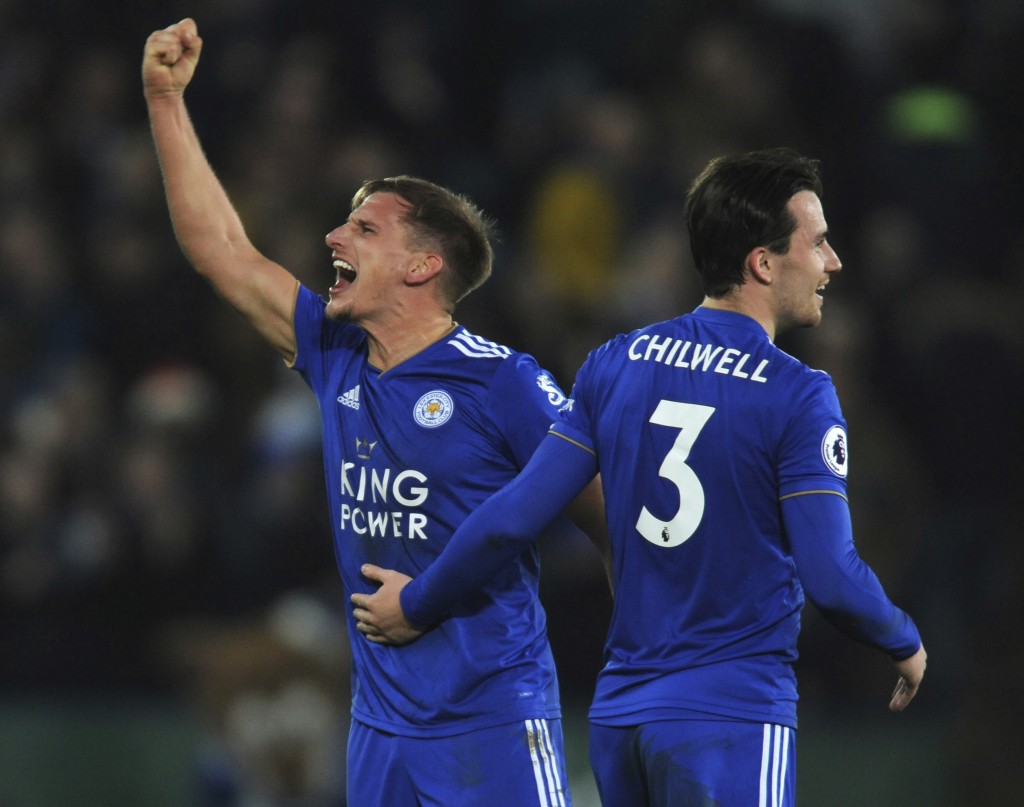 LEICESTER, England (AP) — Manchester City suffered a second surprise defeat in as many English Premier League matches when it lost at Leicester 2-1 on Wednesday.

The defending champion, which also went down at home to Crystal Palace 3-2 on Saturday, is down in third place, seven points adrift of leader Liverpool and one point behind Tottenham.

Sergio Aguero and Kevin de Bruyne were back in the starting lineup and City took control after 14 minutes. Aymeric Laporte stepped out of the defense and laid a pass into the feet of Aguero, who helped the ball on to the unmarked Bernardo Silva to score.

But five minutes later, Leicester striker Jamie Vardy raced down the left and his cross was headed in at the far post by Marc Albrighton.

Vardy went close to scoring just before halftime, but Leicester was not to be denied and Roberto Pereira dealt a seismic blow to City's title challenge with nine minutes remaining when he latched on to Leroy Sane's attempted clearance to fire a right-foot shot beyond goalkeeper Ederson.

City defender Fabian Delph was then sent off for a straight red card after catching Pereira with his studs on the follow through after having taken a swipe at the ball.

It's the first time City has lost two straight league matches since December 2016.

Leicester, by contrast, made it six points from two games after causing another shock on Saturday by winning at Chelsea 1-0.