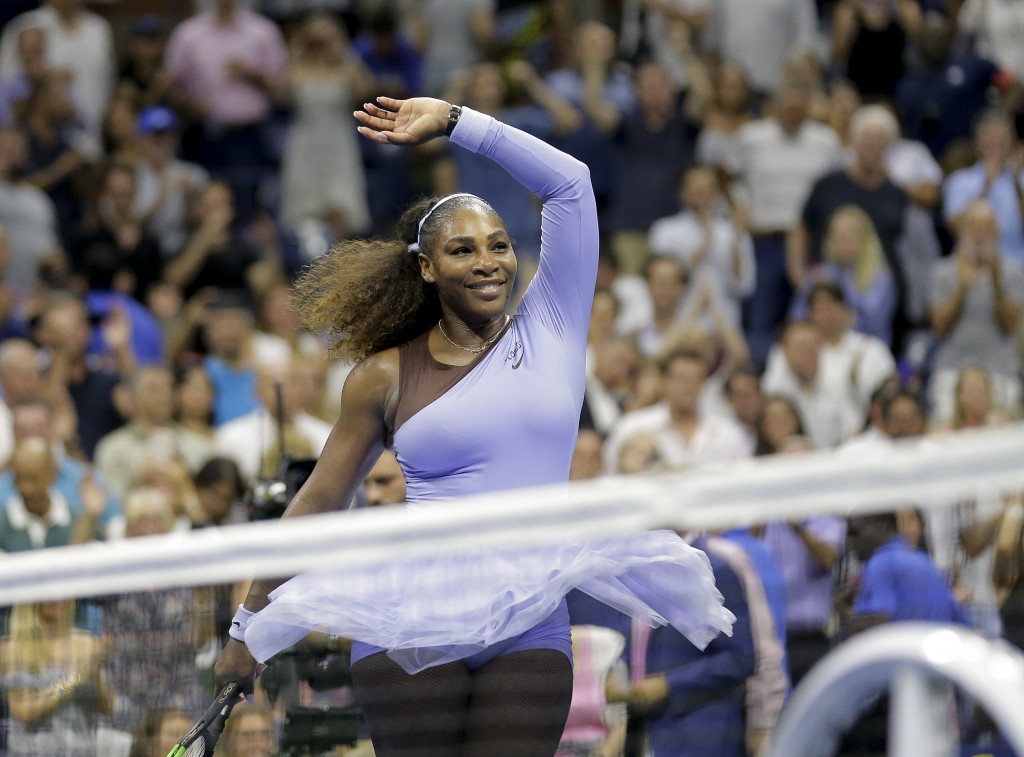 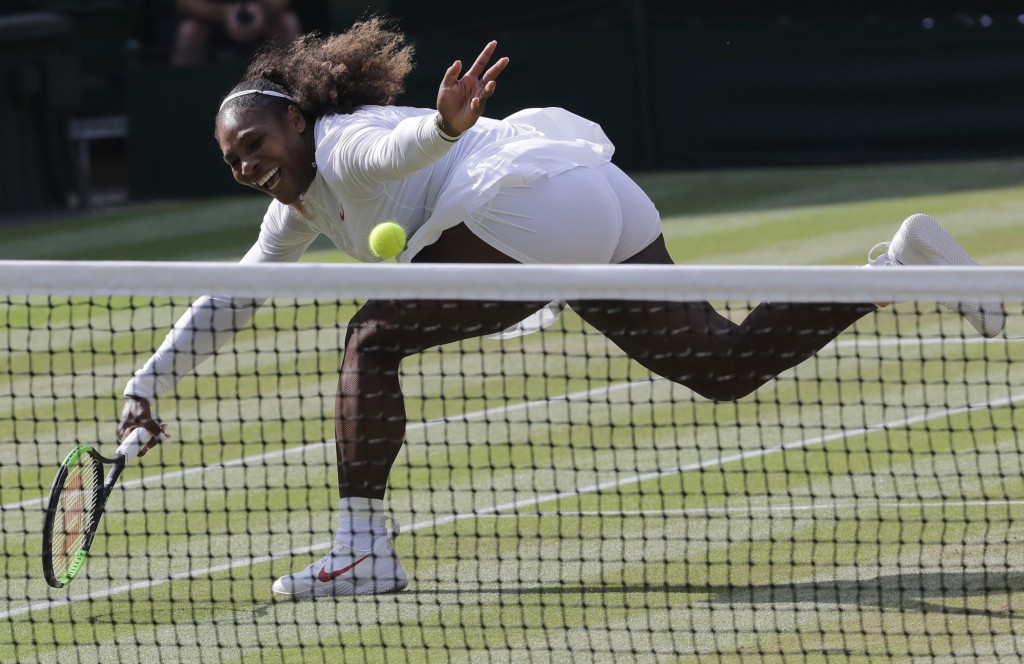 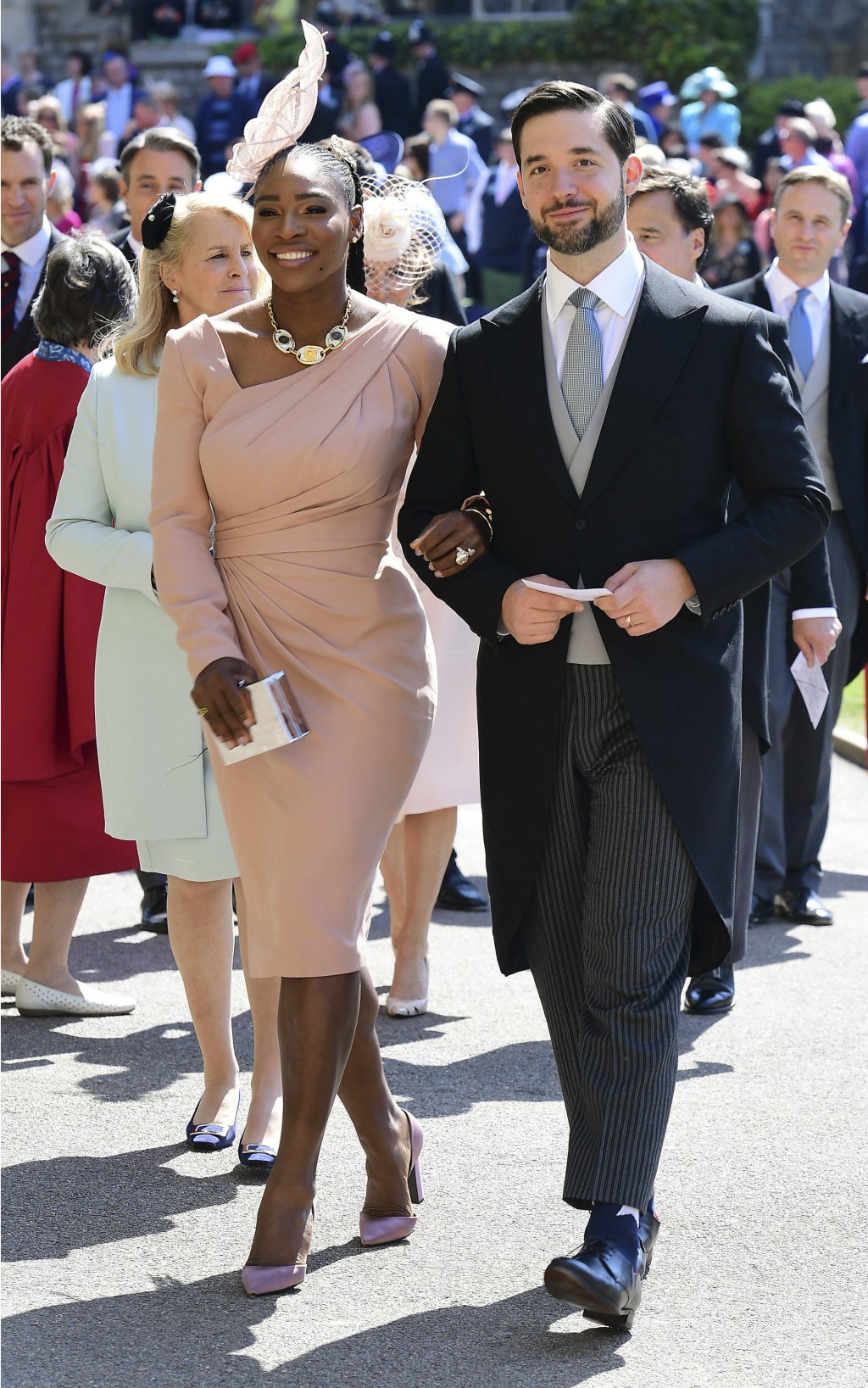 She showed up in Paris wearing a black catsuit, a reminder that nobody can command the Grand Slam stage quite like Serena Williams.

She reached the finals at Wimbledon and the U.S. Open, proving again how well she can play no matter how little she practices.

Williams didn't win those or any other tournaments, which in every other situation might have made for a forgettable year.

Her rapid return to tennis after a health scare following childbirth was a victory in itself, and for that, Williams was voted The Associated Press Female Athlete of the Year for the fifth time.

All of those players won a title or titles in 2018, while Williams had to settle for just coming close a couple of times.

Now 37 and a new mother facing some players who weren't even born when she turned pro in 1995, Williams isn't the same person who ruthlessly ran her way to 23 Grand Slam singles titles — the last of which came at the 2017 Australian Open when she was pregnant.

"I'm still waiting to get to be the Serena that I was, and I don't know if I'll ever be that, physically, emotionally, mentally. But I'm on my way," Williams said on the eve of the U.S. Open final. "I feel like I still have a ways to go. Once I get there, I'll be able to play even hopefully better."

The Male Athlete of the Year will be announced Thursday.

The women's award has been won more only by Babe Didrikson Zaharias, whose six wins included one for track and five for golf.

This one was about her perseverance.

Williams developed blood clots after giving birth to daughter Alexis Olympia Ohanian Jr. on Sept. 1, 2017, and four surgeries would follow. She returned to the WTA Tour in March and played in just a pair of events before the French Open, where she competed in a skin-tight, full-length black catsuit .

She said the outfit — worn partly for health reasons because of the clots — made her feel like a superhero, but her game was rarely in superstar shape. She had to withdraw in Paris because of a right pectoral injury and didn't play again until Wimbledon, where she lost to Angelique Kerber in the final.

Williams came up short again in New York, where her loss to Naomi Osaka in the final will be remembered best for her outburst toward chair umpire Carlos Ramos, who had penalized Williams for receiving coaching and later penalized her an entire game for calling him a "thief" while arguing.

That loss leaves her one major title shy of Margaret Court's record as she starts play next year in a WTA Tour that will look different in part because of new rules coming about after issues involving Williams. Players returning to the tour may use a "special ranking" for up to three years from the birth of a child, and the exemption can be used for seedings at big events. Also, the tour says players can wear leggings or compression shorts at its tournaments without a skirt over them.

Williams insists she is still driven to play and win as much if not more than before she was a mother. That drive is the focus of a Nike ad showing her in action.

"Getting this far, crazy," it says. "Stopping now, crazier."

"I'm still on the way up," she said. "There's still much more that I plan on doing."

The rest of the top five:

Simone Biles, gymnastics . The American won four golds and six medals overall in the world championships in Qatar, giving her 20 in her career to tie Russia's Svetlana Khorkina for the most by a female gymnast.

Arike Ogunbowale, women's basketball . She hit one jumper to knock off previously unbeaten Connecticut in the Final Four, then a 3-pointer in the championship game to lift Notre Dame over Mississippi State.

Chloe Kim, snowboarding . At 17, the Californian won the halfpipe Olympic gold medal in South Korea, where her parents were from before they immigrated to the United States.

Katie Ledecky, swimming . The 21-year-old U.S. Olympian tuned up for the 2020 Games in Tokyo by winning five medals in the city at the Pan Pacific Championships.