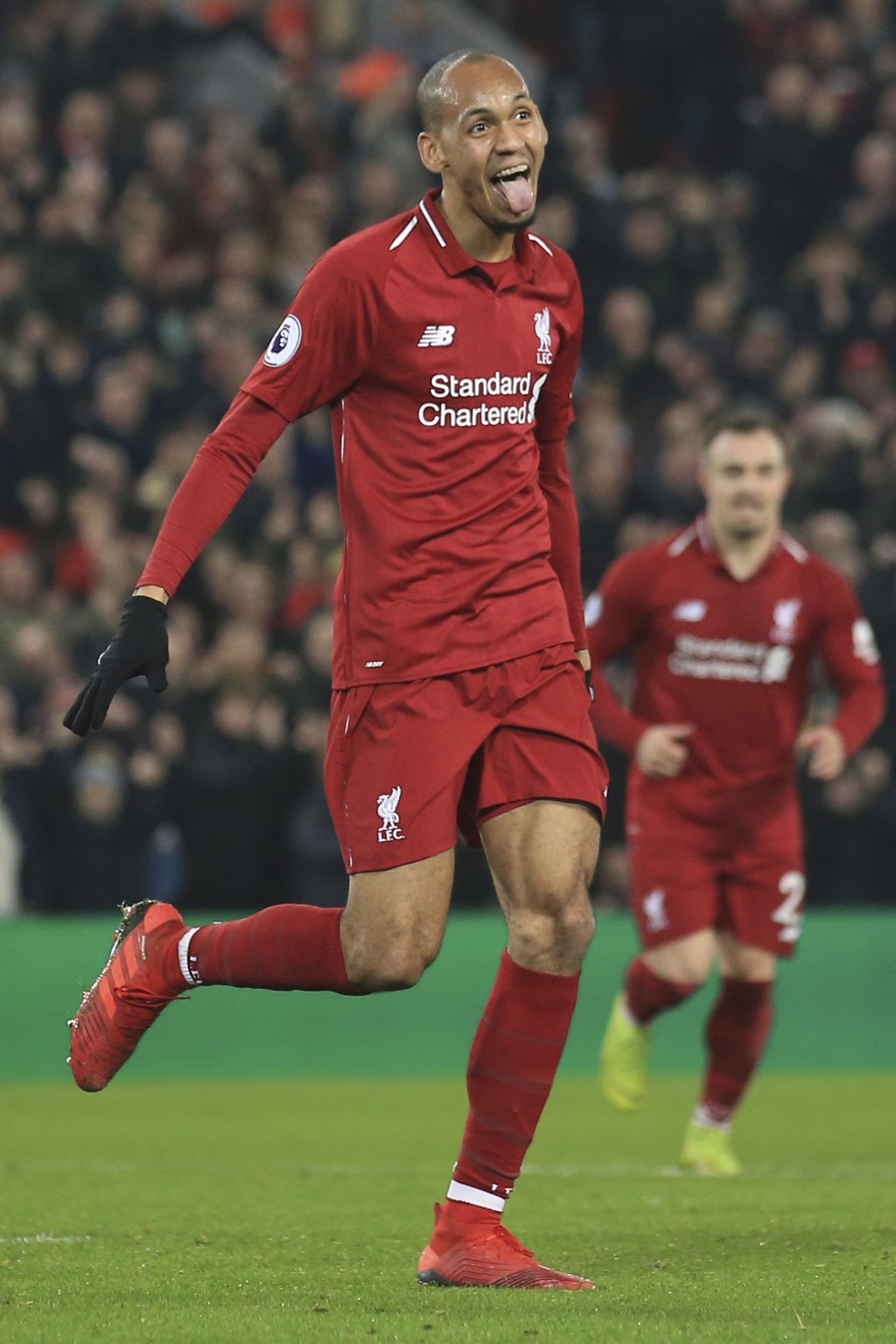 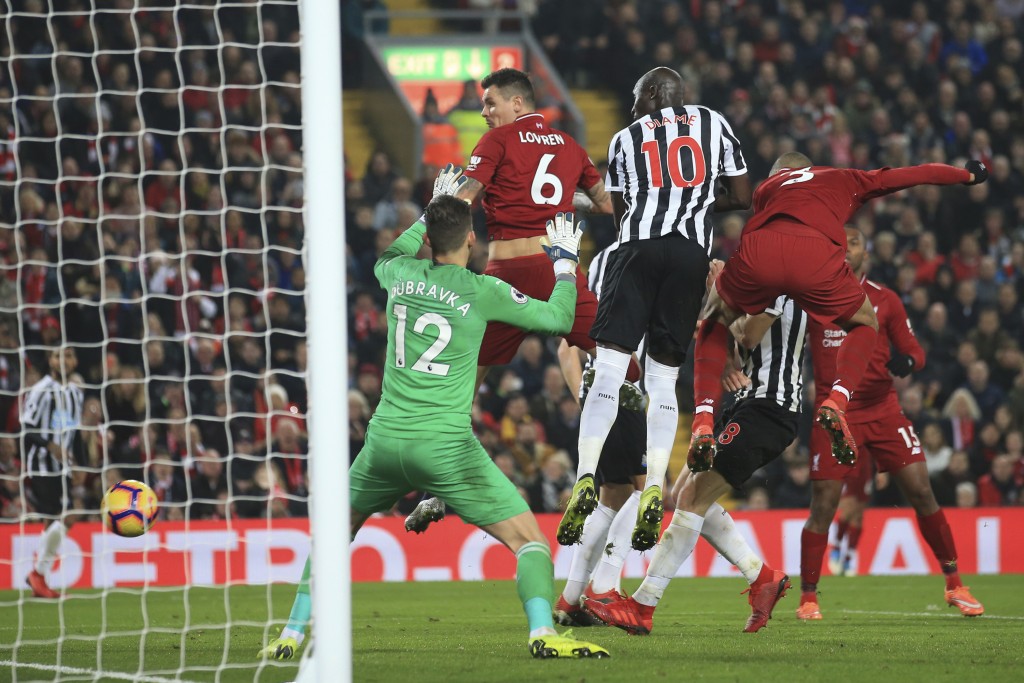 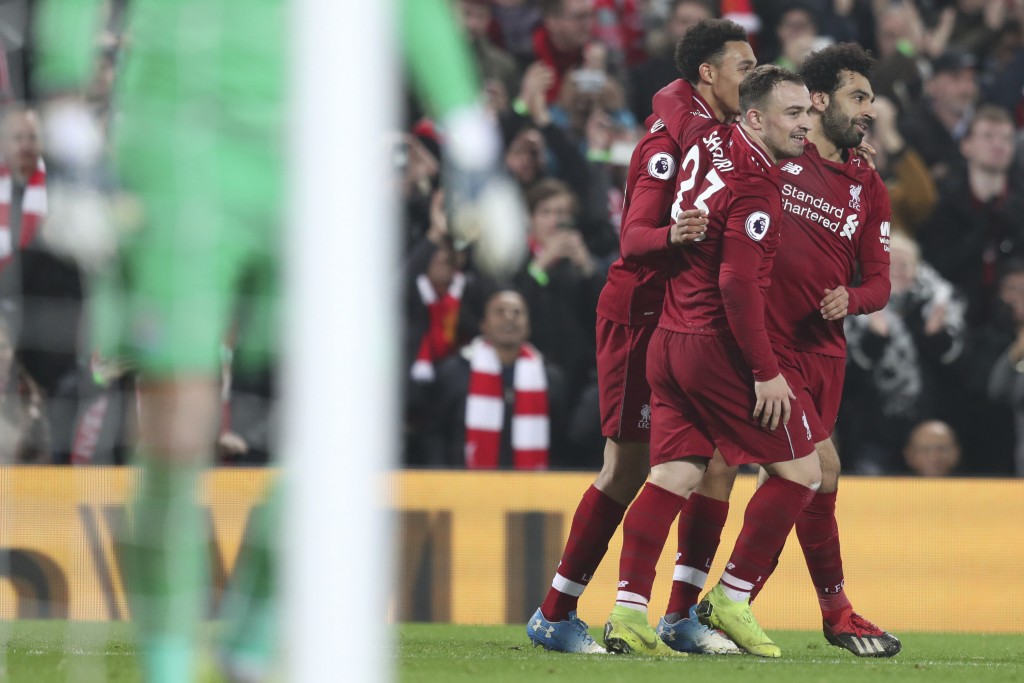 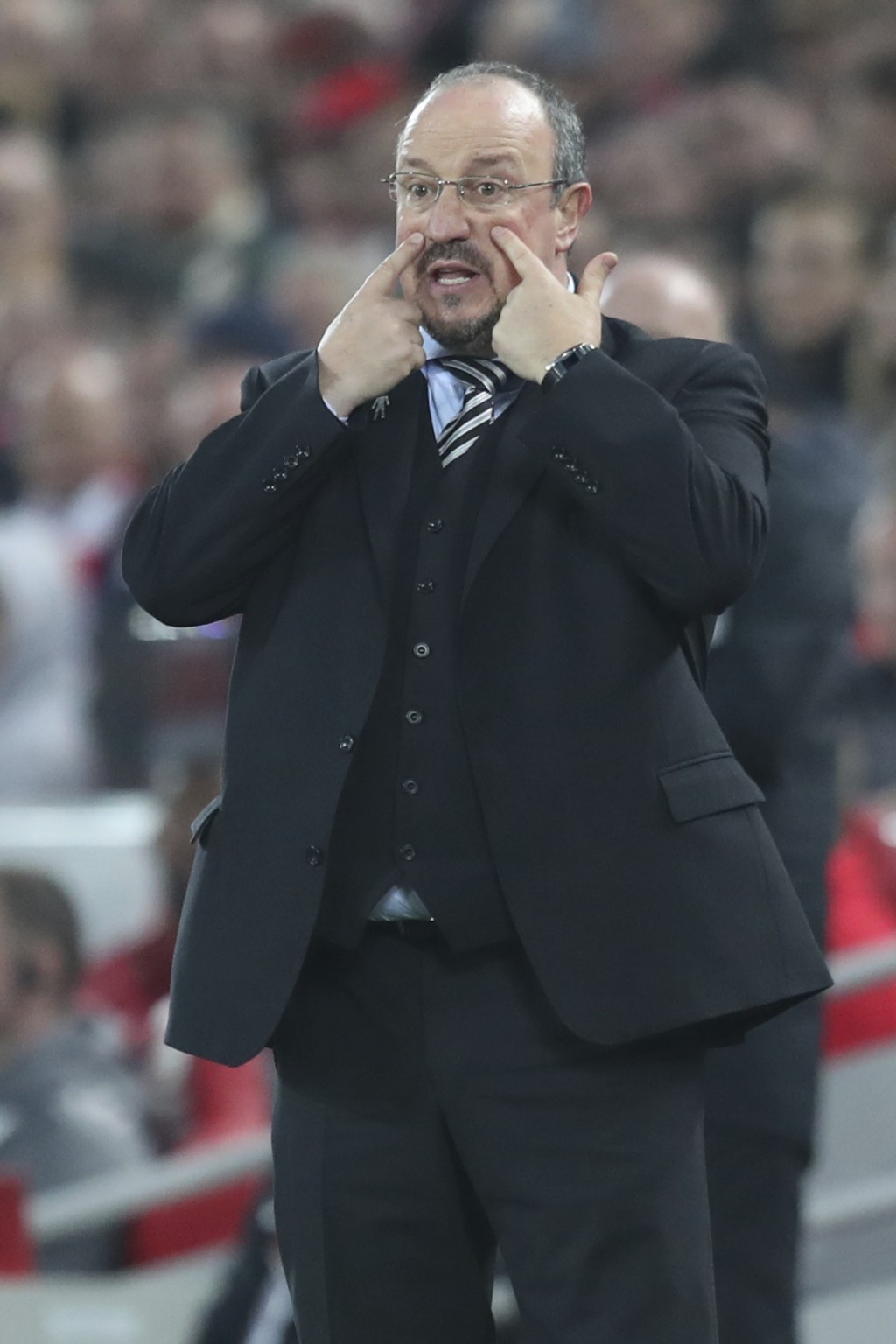 Liverpool made it an unhappy return to Anfield for the club's former coach Rafael Benitez by crushing his Newcastle side 4-0 to go six points clear at the top of the English Premier League on Wednesday.

Dejan Lovren, Mohamed Salah, Xherdan Shaqiri, and Fabinho were the scorers as Liverpool gave its hopes of landing the top-flight title for the first time since 1990 a massive boost.

Defending champion Manchester City, which started the day in second position, suffered its second surprise loss in four days when it was beaten at Leicester 2-1.

To add to Manchester City's troubles, Fabian Delph was sent off for a straight red card near the end.

Tottenham followed up its 6-2 romp at Everton on Sunday with another big win as Son Heung-min scored twice in a 5-0 thrashing of Bournemouth that took the London club one point ahead of Manchester City in the standings.

Fulham climbed off the foot of the standings by drawing Wolverhampton at home 1-1, while a double from Lucas Digne led Everton to win at Burnley 5-1.