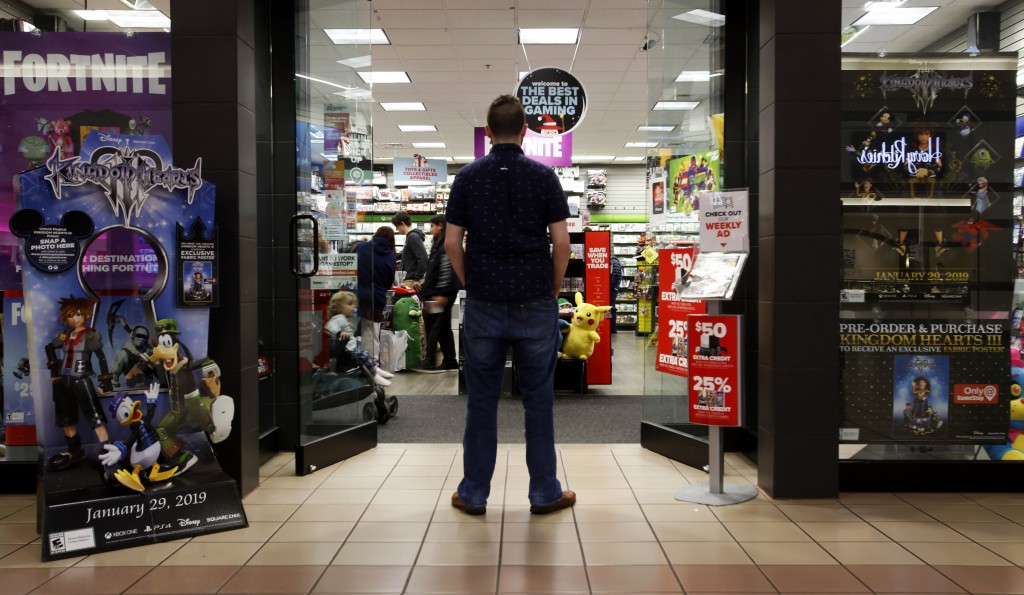 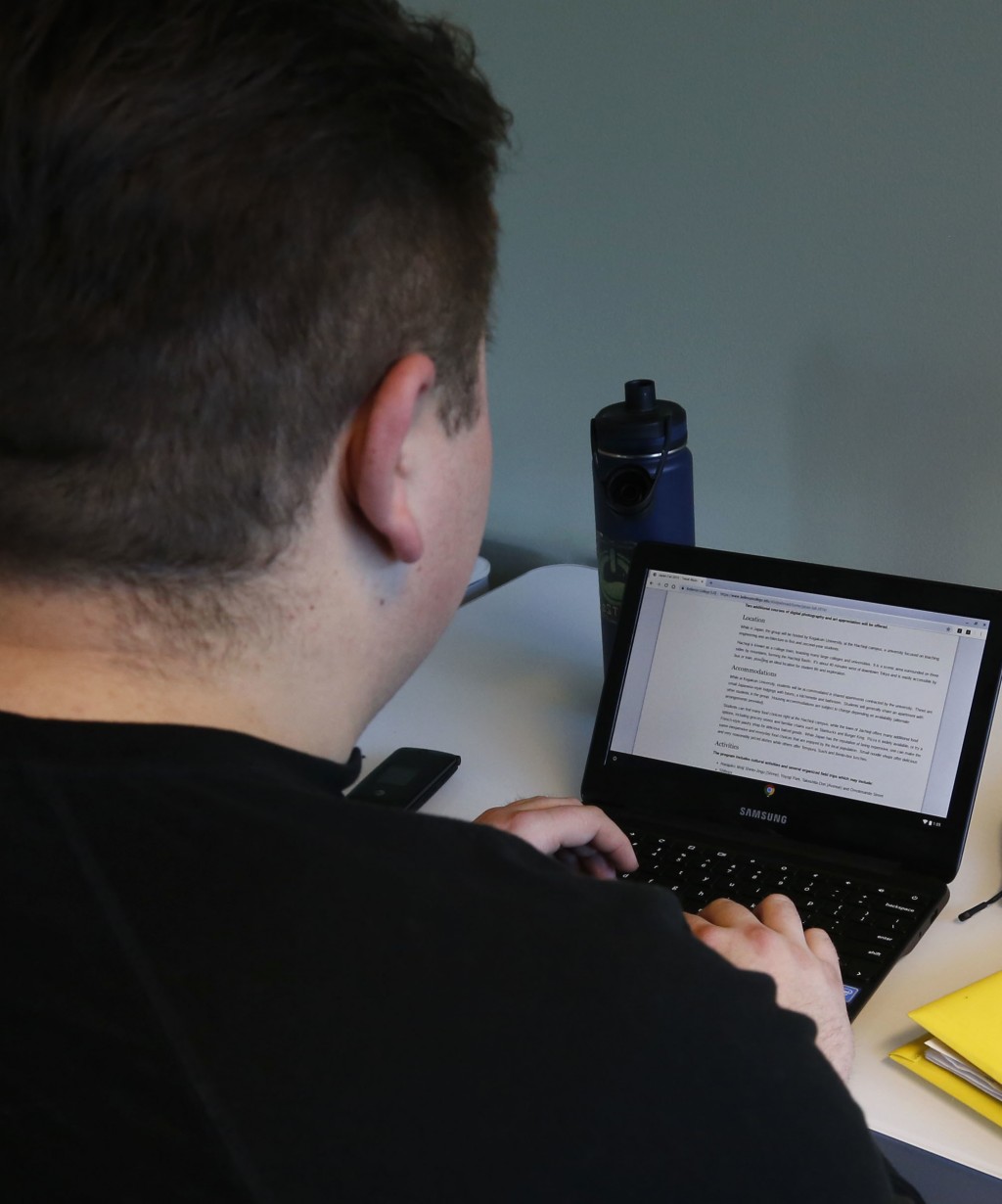 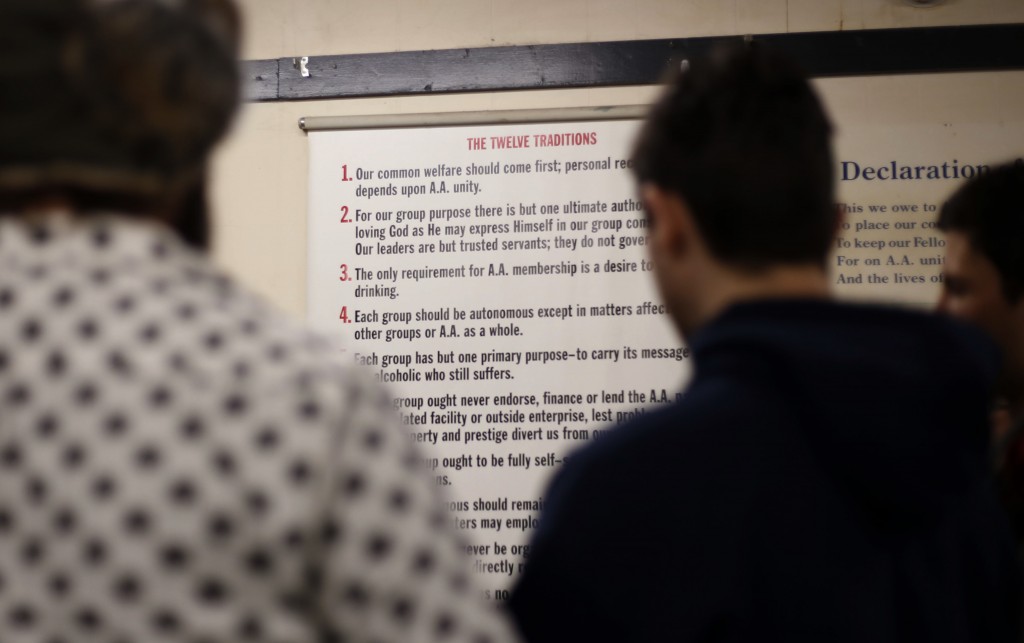 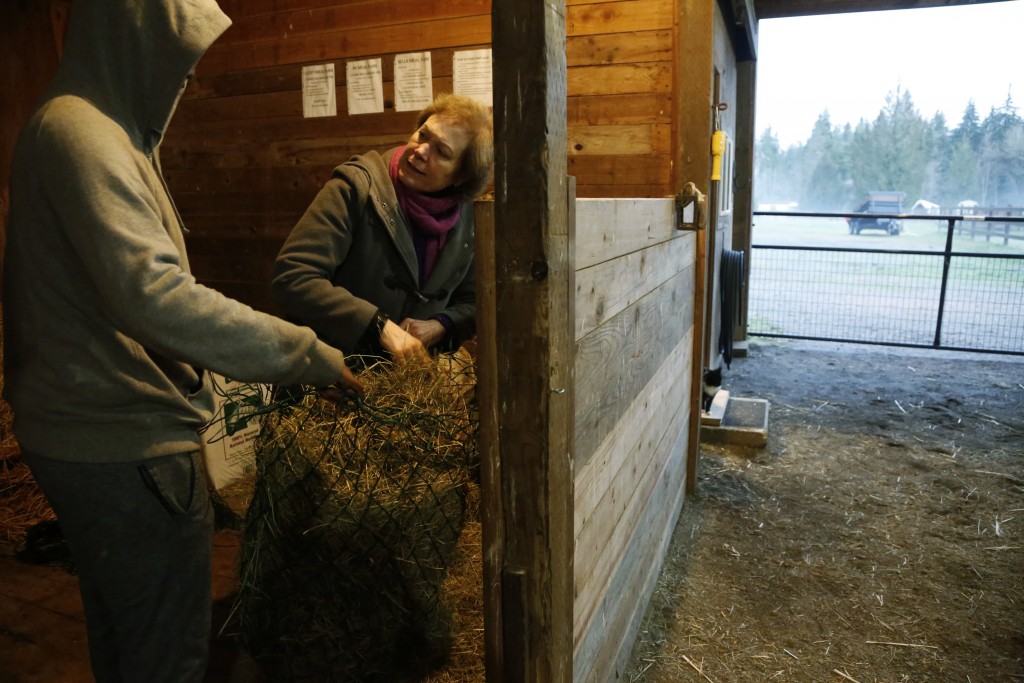 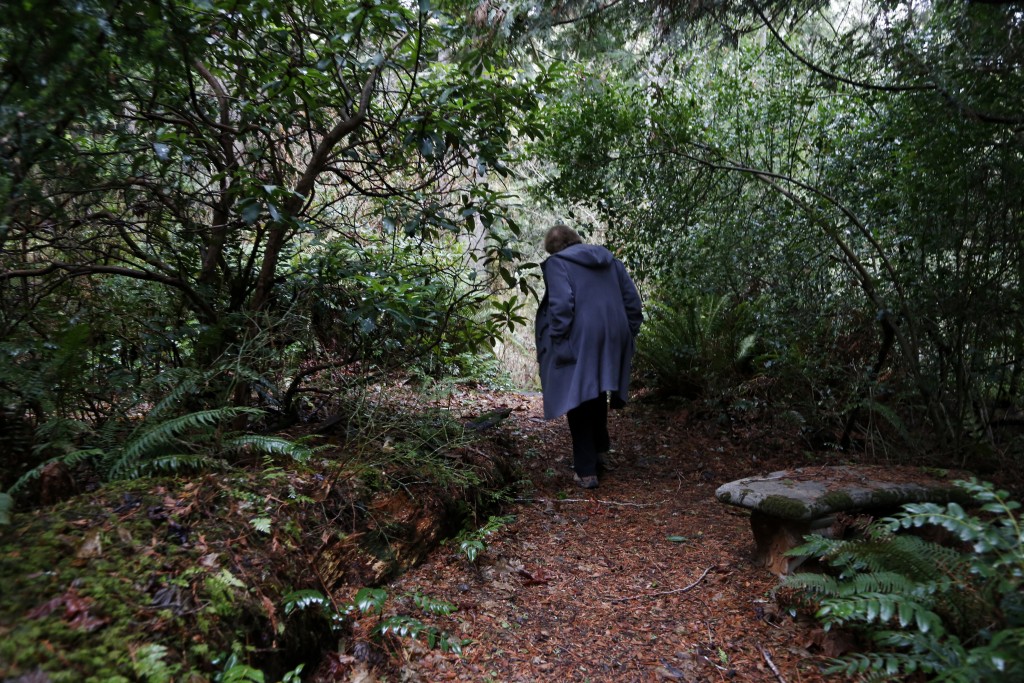 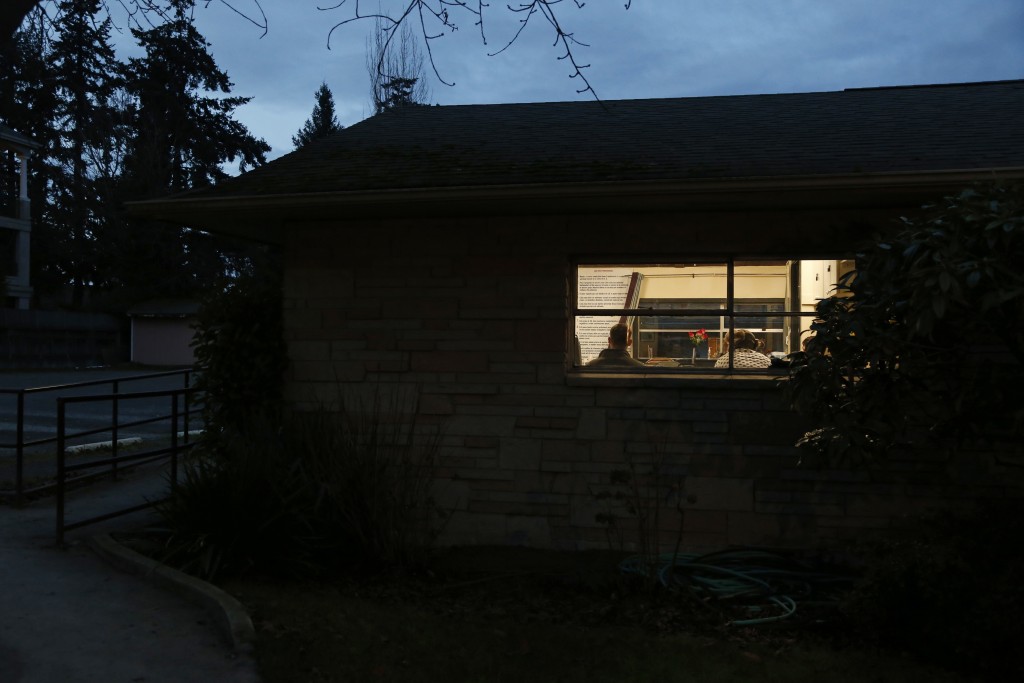 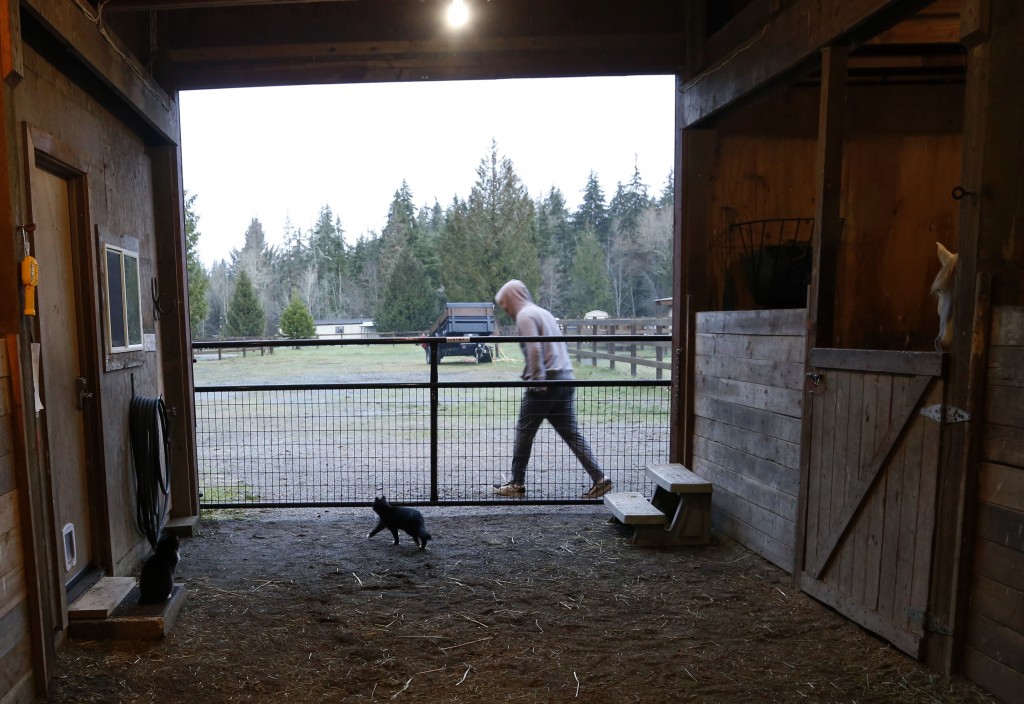 BELLEVUE, Wash. (AP) — We like to say we're addicted to our phones or an app or some new show on a streaming video service.

But for some people, tech gets in the way of daily functioning and self-care. We're talking flunk-your-classes, can't-find-a-job, live-in-a-dark-hole kinds of problems, with depression, anxiety and sometimes suicidal thoughts part of the mix.

Suburban Seattle, a major tech center, has become a hub for help for so-called "tech addicts," with residential rehab, psychologists who specialize in such treatment and 12-step meetings.

"The drugs of old are now repackaged. We have a new foe," Cosette Rae says of the barrage of tech. A former developer in the tech world, she heads a Seattle area rehab center called reSTART Life, one of the few residential programs in the nation specializing in tech addiction.

Use of that word — addiction — when it comes to devices, online content and the like is still debated in the mental health world. But many practitioners agree that tech use is increasingly intertwined with the problems of those seeking help.

An American Academy of Pediatrics review of worldwide research found that excessive use of video games alone is a serious problem for as many as 9 percent of young people. This summer, the World Health Organization also added "gaming disorder" to its list of afflictions. A similar diagnosis is being considered in the United States.

It can be a taboo subject in an industry that frequently faces criticism for using "persuasive design," intentionally harnessing psychological concepts to make tech all the more enticing.

One 27-year-old man, found through a 12-step program for tech addicts, works in the very industry that peddles the games, videos and other online content that has long been his vice. He does cloud maintenance for a suburban Seattle tech company and constantly finds himself fending off temptation.

"I'm like an alcoholic working at a bar," he laments. He spoke on the condition that he not be identified, fearing he might harm his career in an industry he's long loved.

As a toddler, he sat on his dad's lap in their Seattle area home as they played simple video games on a Mac Classic II computer. By early elementary school, he got his first Super Nintendo system and spent hours playing Yoshi's Story, a game where the main character searched for "lucky fruit."

As he grew, so did one of the world's major tech hubs. Led by Microsoft, it rose from the nondescript suburban landscape and farm fields here, just a short drive from the home he still shares with his mom, who split from her husband when their only child was 11.

As a teen, he took an interest in music and acting but recalls how playing games increasingly became a way to escape life. "I go online instead of dealing with my feelings," he says.

He'd been seeing a therapist for depression and severe social anxiety. But attending college out of state allowed more freedom and less structure, so he spent even more time online. His grades plummeted, forcing him to change majors, from engineering to business.

After graduating in 2016 and moving home, he'd go to a nearby restaurant or the library to use the Wi-Fi, claiming he was looking for a job but having no luck.

Others who attend a 12-step meeting of the Internet & Tech Addiction Anonymous know the struggle.

"I had to be convinced that this was a 'thing,'" says Walker, a 19-year-old from Washington whose parents insisted he get help after video gaming trashed his first semester of college. He agreed to speak only if identified by first name, as required by the 12-step tenets.

Help is found at facilities like reSTART. Clients "detox" from tech at a secluded ranch and move on to a group home.

They commit to eating well and regular sleep and exercise. They find jobs, and many eventually return to college. They also make "bottom line" promises to give up video games or any other problem content, as well as drugs and alcohol, if those are issues. They use monitored smartphones with limited function — calls, texts and emails and access to maps.

The young tech worker didn't go to reSTART. But he, too, has apps on his phone that send reports about what he's viewing to his 12-step sponsor, a fellow tech addict named Charlie, a 30-year-old reSTART graduate.

At home, the young man also persuaded his mom to get rid of Wi-Fi to lessen the temptation.

He still relapses every couple months, often when he's tired or upset or very bored. He tells himself that his problem isn't as bad as other tech addicts.

"Then," the young man says, "I discover very quickly that I am actually an addict, and I do need to do this."

Having Charlie to lean on helps. "He's a role model," he says.

That's what he wants for himself.

Martha Irvine, an AP national writer and visual journalists, can be reached at mirvine@ap.org or at http://twitter.com/irvineap