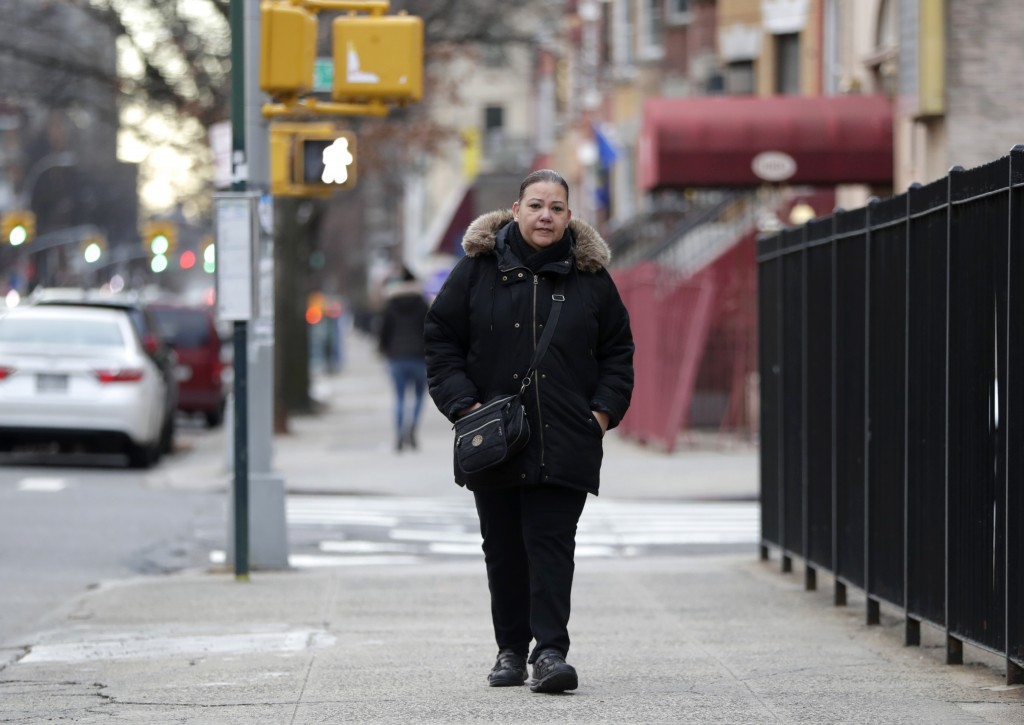 NEW YORK (AP) — The lowest-paid workers in New York state will have something to look forward to in the new year: a higher minimum wage, with the biggest boost coming to employees in New York City, who will make at least $15 per hour.

For workers struggling in this expensive city, it's a cause for celebration, an extra bit of cash to help with the daily fight to make ends meet, even as rents and other costs continue to rise. For some business owners, it's a burden as they try to figure out how to cope with higher labor costs.

In New York City, the $15 hourly rate kicks in on the last day of 2018 and will apply to fast-food workers and employees of businesses with 11 or more people; those businesses currently must pay a minimum wage of $13.

That includes people like Jose Amador, 70, a full-time worker at a Brooklyn grocery store.

As it is now, he has to stretch hard to support his family — he has four kids ages 3 to 15 — on the $2,500 he brings home each month. Almost half is eaten up by rent. The rest barely covers utilities, food and transportation.

In a city where a 30-day subway pass alone costs $121, even an additional $2 an hour "can make a difference," he said in Spanish, speaking through a translator.

"I will be able to have more breathing space," he said, and maybe even save some money for emergencies.

If his children ask him for something, maybe the reply won't have to be, "I can't afford that," he said.

But for business owner Sam Lam, it means more worry. This is the sixth time New York's minimum wage has risen since 2013, when it was $7.25.

The owner of two Queens laundromats, he has balanced his budget by cutting back on worker overtime, slashing little perks like company lunches and holiday bonuses, and raising prices. Since he has fewer than 11 workers at each independent business, his minimum-wage workers will see pay go from $12 to $13.50 in 2019 before hitting the $15 mark in 2020.

"I am in a very stressful situation," said Lam, 54, who also works as a hairdresser.

Workers in New York City's Long Island suburbs will see their minimum pay go from $11 to $12 on New Year's Eve before jumping to $15 in 2021. The rest of the state will see the minimum wage go up 70 cents, to $11.10, with further increases phased in over several years.

If the experience of Seattle, where some companies had to pay $15 per hour starting in 2017, and San Francisco, where it went to $15 for all workers on July 1, is anything to go by, it's neither going to be a magic bullet that puts low-wage workers in a secure position, nor a stake in the heart of businesses, said Jacob Vigdor, a professor at the University of Washington who has been examining the impact of wage increases.

Workers who were already in minimum-wage jobs did see a bump up in their pay, he said. But the rate of new workers entering the low-wage market had gone down, meaning businesses were adapting by doing things like having fewer workers on a shift or adjusting operating hours.

"However much more they were earning, their expenses were going up just as fast, if not faster," he said.

State officials estimated that more than 900,000 people would be earning the $15 an hour wage when fully implemented in New York City.

Samantha Marturana, co-owner of the Buttermilk Bakeshop in Brooklyn, said that when the lowest paid of her workers gets a pay hike to $15, it will have a ripple effect. Employees already getting paid more now because of seniority or special skills will expect a raise.

She and her co-owner could avoid the pay hike for a year by laying off a worker, but they'd rather not, she said. Instead, the business might try to expand product offerings or market more to drive sales.

Flavia Cabral, 56, is planning, too. As a part-time fast-food worker, she's looking forward to buying toys for her grandson, maybe having a little extra to buy the things that were out of range before, like a pair of good quality shoes, or being able to give some money to her daughter for her college expenses.

"Now I have a little release from the thinking, the pressure," the Bronx resident said. "I have hope."