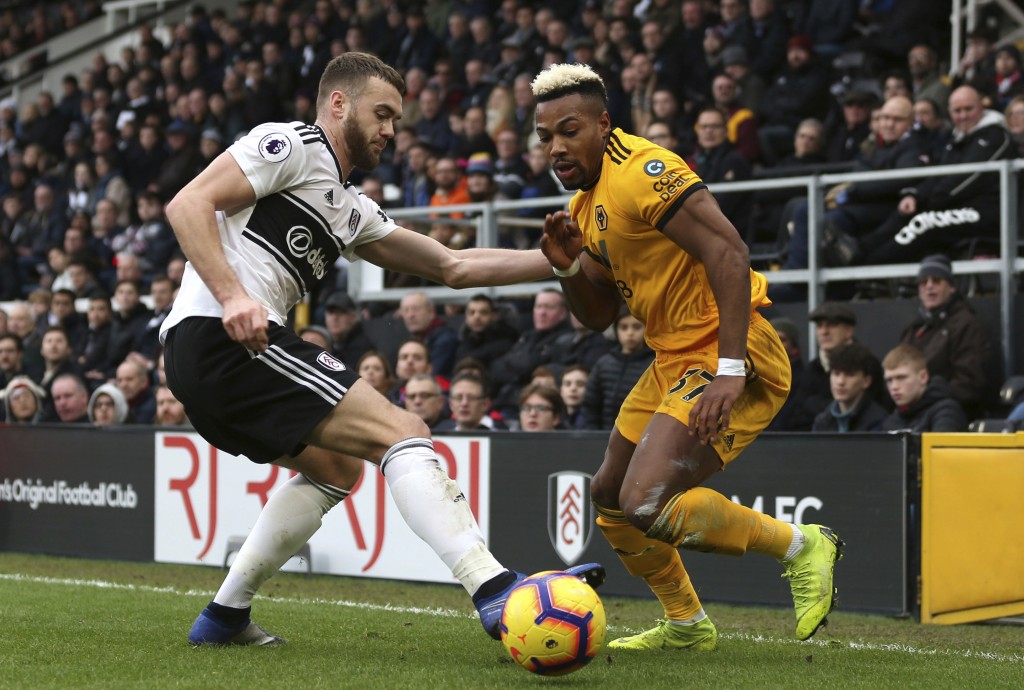 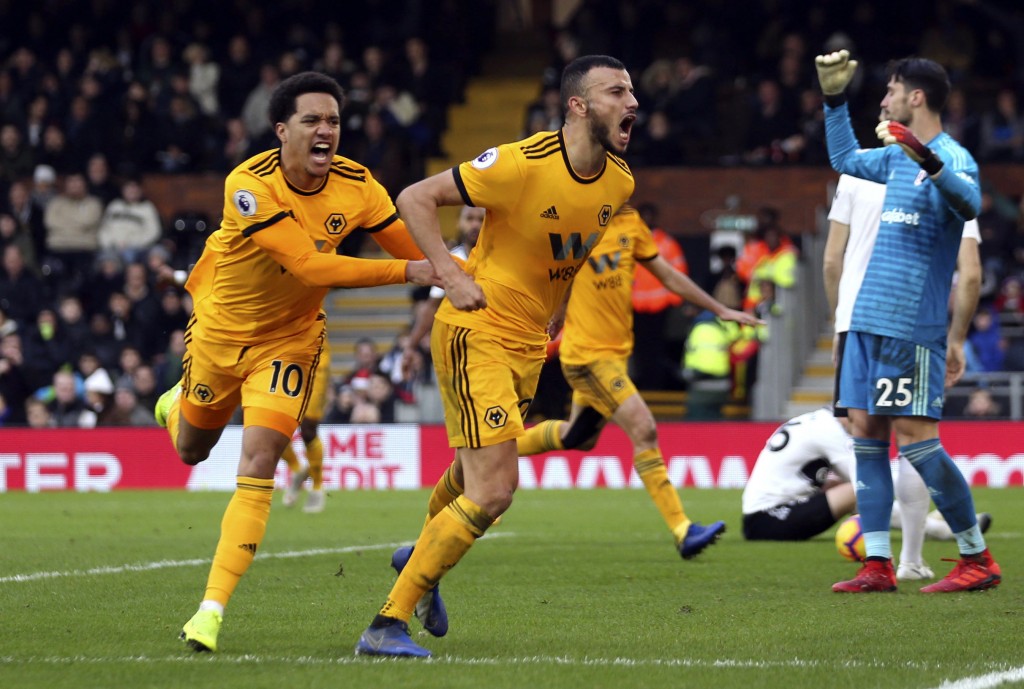 LONDON (AP) — Fulham climbed off the foot of the Premier League after drawing 1-1 at home to Wolverhampton on Wednesday.

Captain Aleksandar Mitrovic was a constant thorn in Wolverhampton's side and several times went close to scoring in the first half at Craven Cottage.

Fulham finally broke through in the 74th minute through Ryan Sessegnon after visiting goalkeeper Rui Patricio punched Alfie Mawson's effort straight to him.

Claudio Ranieri's side looked set to register only its third league victory of the season until Romain Saiss tapped the equalizer home for Wolverhampton after Helder Costa had failed to convert Ivan Cavaleiro's 85th-minute cross.

Mitrovic then almost won the game for Fulham when he prodded the ball past the onrushing Patricio, but Conor Coady got back to clear off the line.

Fulham is now one point above bottom club Huddersfield.