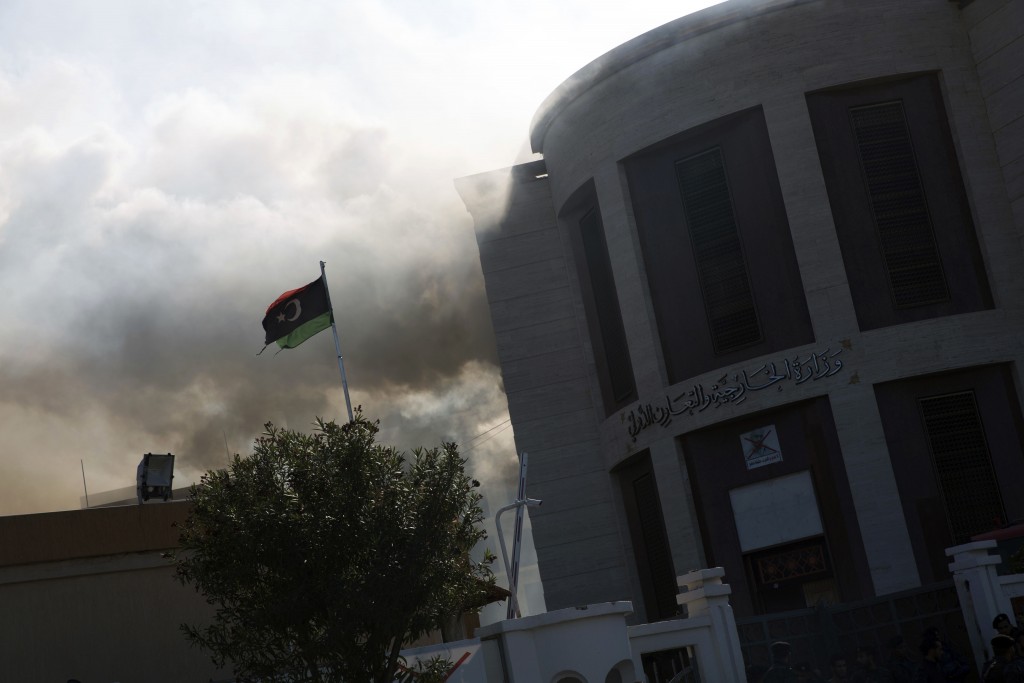 CAIRO (AP) — The Islamic State group has claimed responsibility for a suicide bombing at Libya's Foreign Ministry in Tripoli that killed at least three people.

In a statement carried by its Aamaq news agency Wednesday, IS says three fighters infiltrated the area and fired on Foreign Ministry workers.

Libyan officials say a suicide bomber targeted the entrance to the ministry and another was shot dead by guards before he could detonate his explosives.

Libya was plunged into chaos following the 2011 uprising that toppled and killed Moammar Gadhafi, allowing IS and other extremist groups to gain a foothold.