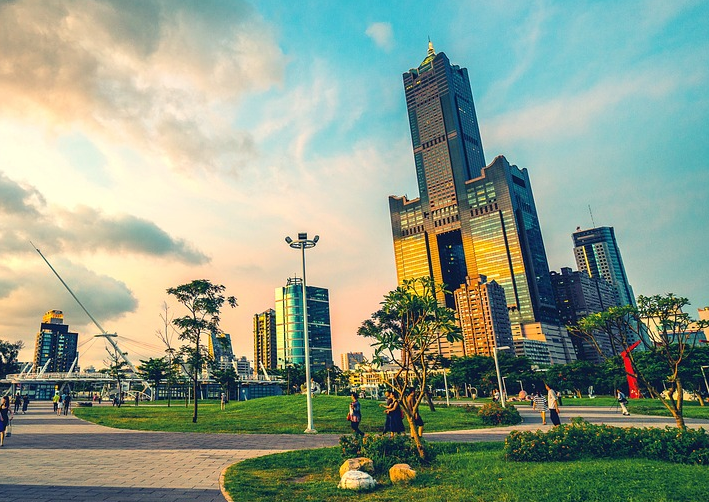 TAIPEI (Taiwan News) – On the same day that the new mayor of Kaohsiung, Han Kuo-yu , was inaugurated into office, Dec. 25, it was announced that most of Kaohsiung’s iconic 85 Sky Tower would be put up for auction by court order.

The space being auctioned equates to approximately 32,000 pings of 1,140,000 square feet, according to China Times. Floors 34-35 are currently being leased by the Look Hotel Group (樂活商旅租) until 2035, while floors 37-85 currently constitute the 85 Sky Tower Hotel (君鴻國際酒店),

The hotel is currently an asset of the Wanlong International Development Co. (萬隆國際開發有限公司). It was purchased in 2011 by the former head of the Singfor Life Co. (幸福人壽) Teng Wen-tsung (鄧文聰) through the Taiwan Financial Asset Service Corporation (TFSAC).

Teng was subsequently arrested in 2015 for an embezzlement scheme involving Singfor Life Insurance, and the theft of over NT$15 billion (US$485.5 million), reports CNA.

Following his imprisonment, Teng’s wife Zhang Shujuan (張淑絹) became the vice-chairman of Wanlong Intl. His daughter is on the board of directors.

The hotel has reportedly been a non-performing asset for Wanlong Intl. The Kaohsiung District Court ruled on Dec. 16 that the company was not properly managing the property, which is a landmark for the city of Kaohsiung. Funds from the sale are likely go towards repaying investors defrauded in the SingFor Life scandal.

The auction for floors 34-35, and 37-85 is set for Jan. 17, 2018. In addition to the hotel floor space, most of the furnishings as well as electrical and other equipment will be included in the auction purchase, reports Apple Daily.