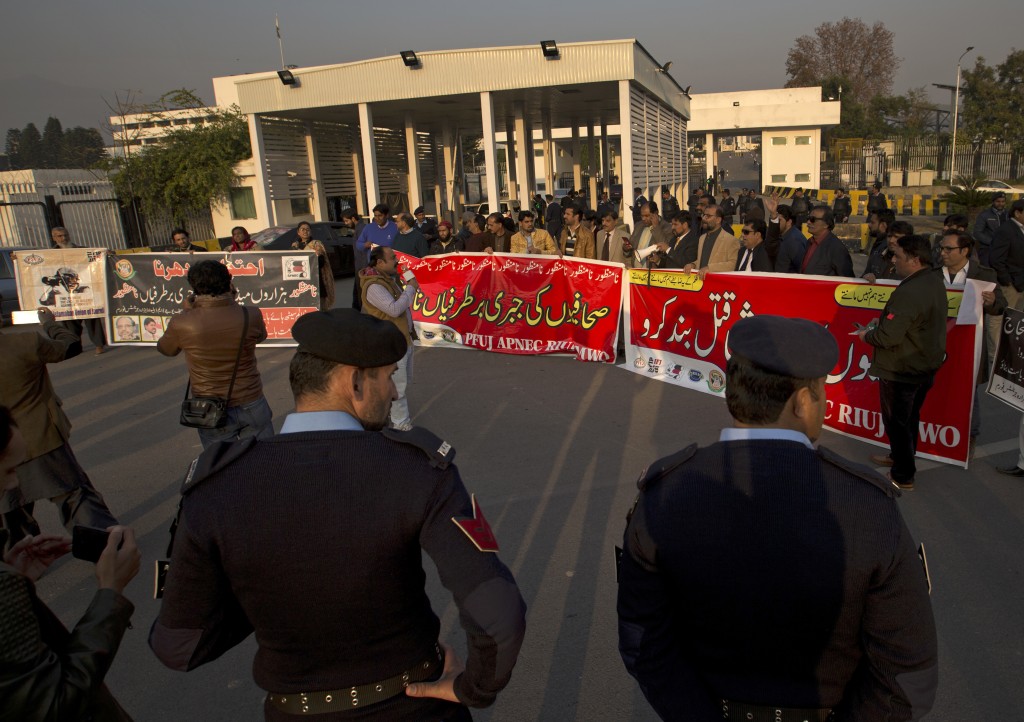 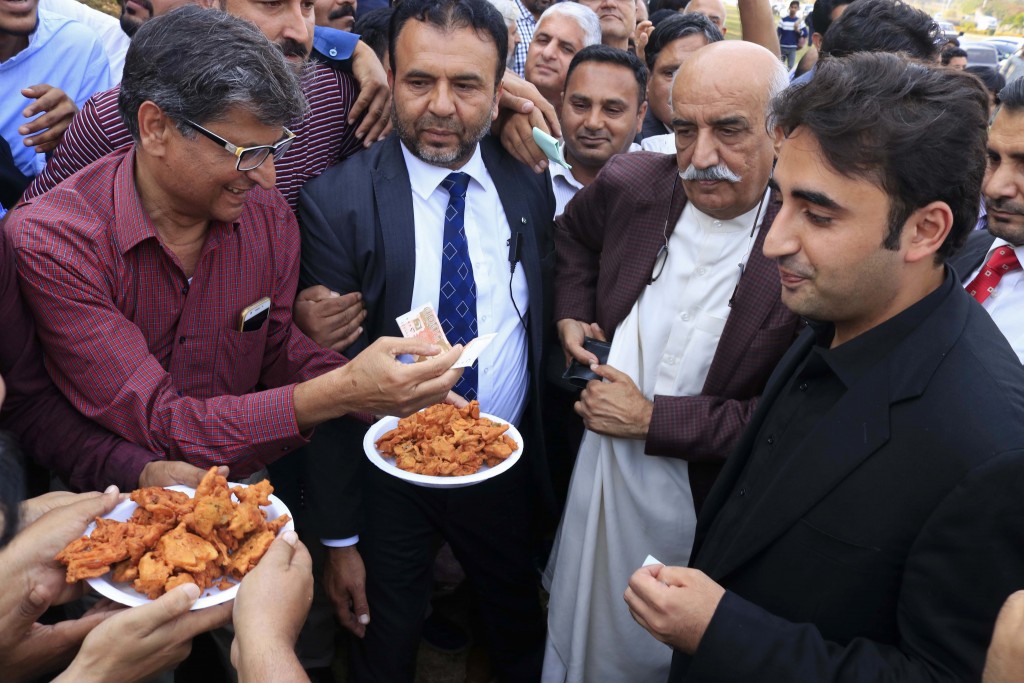 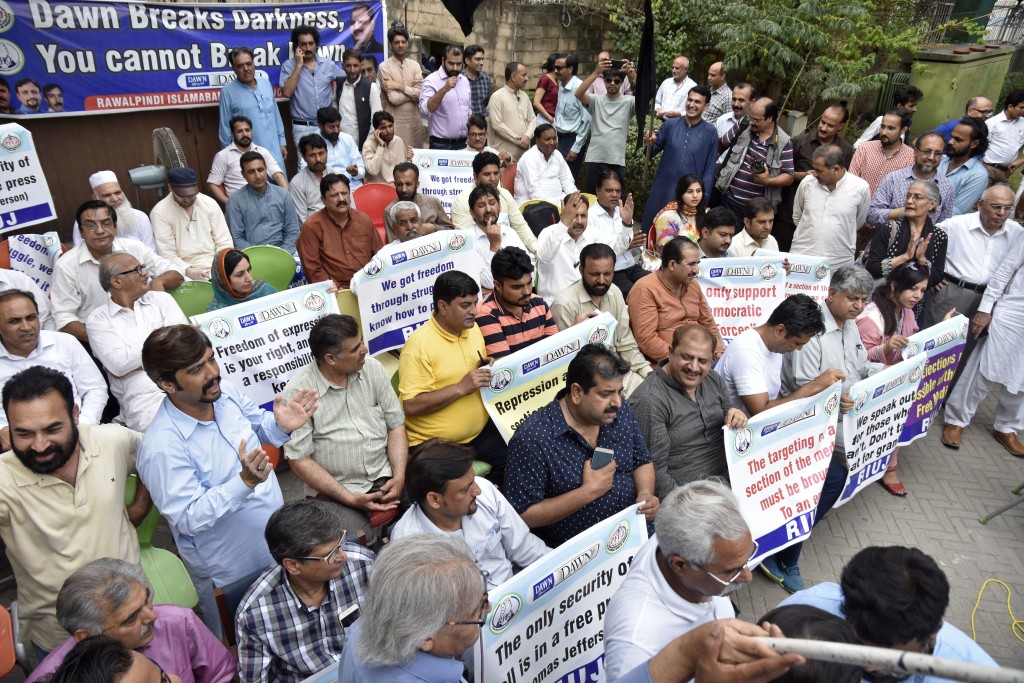 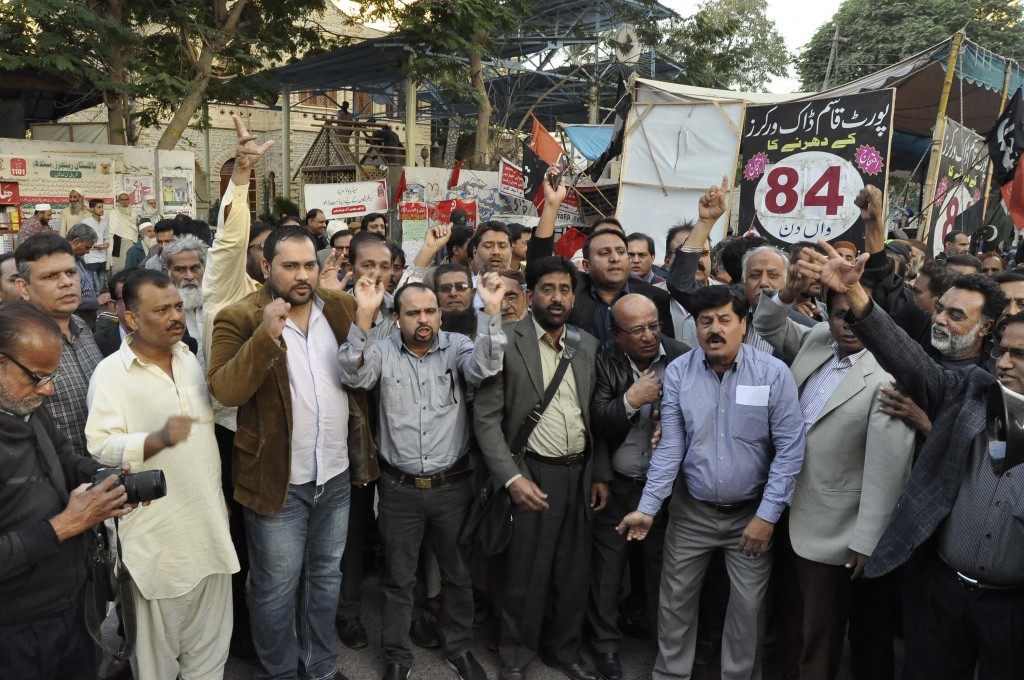 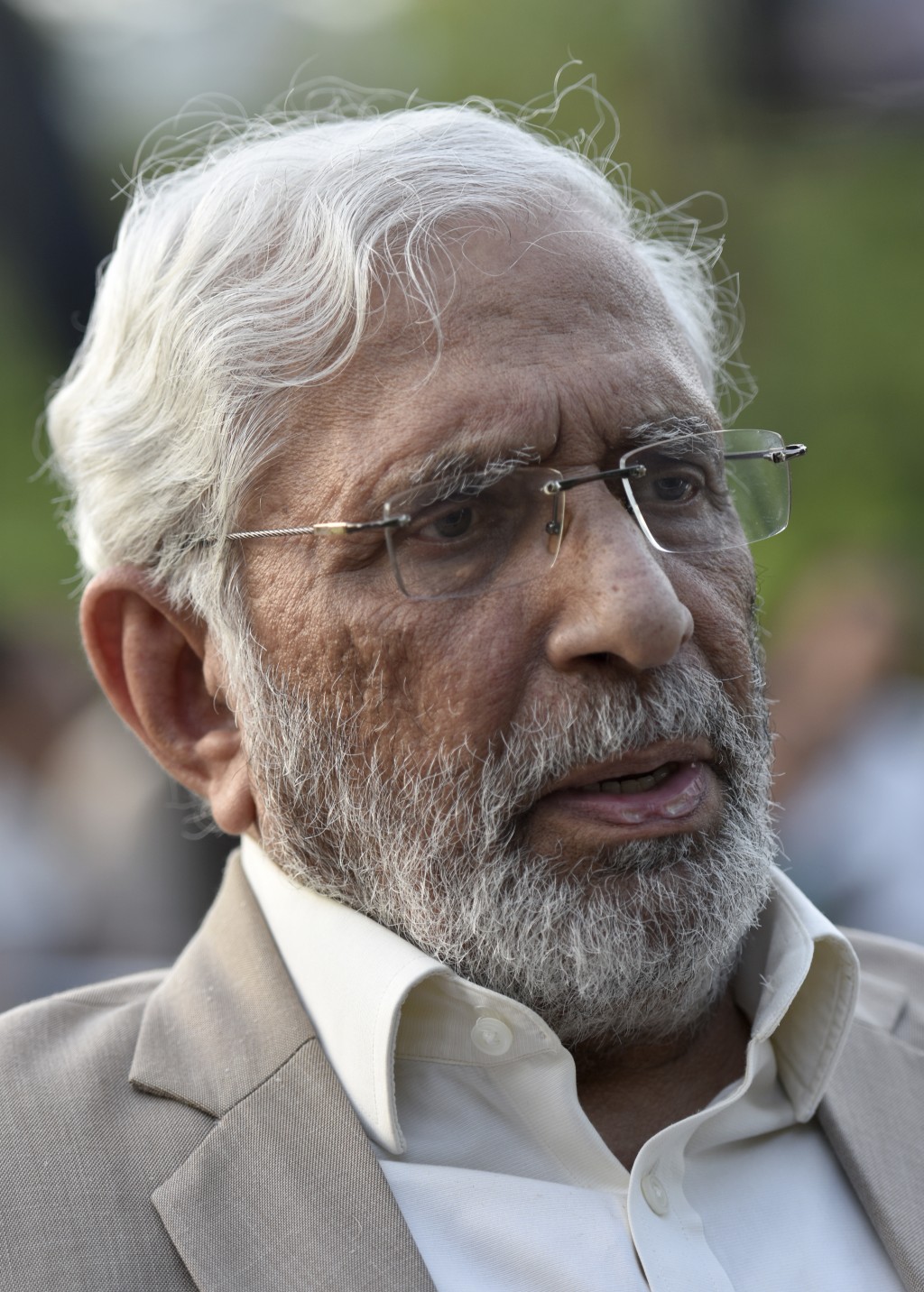 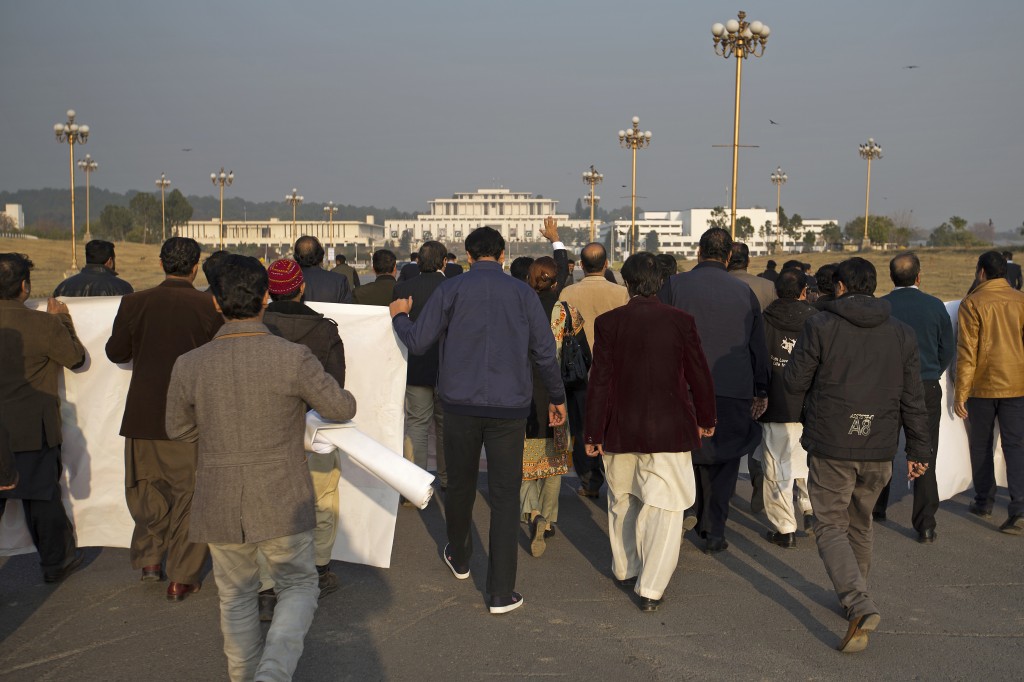 ISLAMABAD (AP) — Pakistani journalists, who have taken on military dictators and been beaten and jailed in the pursuit of a free press, say they now face a form of censorship that is more subtle but no less chilling, one spearheaded by the security services.

Journalists and press freedom advocates say the military and the powerful Inter-Services Intelligence agency, or ISI, are pressuring media outlets to quash critical coverage. The newly elected government is meanwhile slashing its advertising budget, squeezing a key source of revenue for private newspapers and TV stations.

Qazi Salauddin, a veteran Pakistani journalist who has witnessed successive periods of direct military rule, said today's censorship is the worst it's ever been.

"Today we don't know what will annoy them," he said of the military. "Today we have to do self-censorship and that is the worst kind of censorship, because it is done out of fear."

Websites have been shut down, including the Urdu website of the U.S. State Department's Voice of America, after it reported on a tribal movement critical of military operations in regions bordering Afghanistan. Mashaal Radio, affiliated with Radio Free Europe/Radio Liberty, has also been shut down.

Journalist Cyril Almeida was charged with treason after he published an interview with Nawaz Sharif in which the former prime minister accused the Pakistani military of aiding the militants who carried out the 2008 Mumbai attacks.

Authorities are also targeting social media, asking Twitter to suspend accounts and submitting thousands of requests to Facebook to take down pages for a variety of reasons, ranging from criticism of the military to propagating hate and insulting Islam.

Taha Siddiqui, a blogger and journalist who is critical of the security services, lives in self-imposed exile in France after an attempt on his life earlier this year, which he blamed on the ISI. He said Twitter suspended his account twice in 72 hours, telling him it was because of "objectionable content that was in violation of Pakistani law," without elaborating.

Journalist Matiullah Jan, labeled "anti-state" by the military for his criticism of the judiciary and army, called the crackdown "a systematic attempt by the military and its intelligence agency to assert control with a facade of a democratically elected government."

Information Minister Fawad Chaudhry denies the government is cracking down on press freedoms, saying it only acts to prevent incitement to violence. Pakistan has banned coverage of the hard-line Tehreek-e-Labbaik movement after it held violent protests and threatened to kill a Christian woman who was acquitted of blasphemy charges after years spent on death row. Blasphemy is punishable by death in Pakistan, and the mere accusation can spark deadly mob violence.

"Pakistan has the freest media possible, and powerful media criticize the government and even agencies and (the) army establishment at their will," Chaudhry told The Associated Press. "Incitement of hatred is the only area that we interfere."

But journalists say the interference goes much further, and has worsened since July's national elections. They say intelligence agents have called reporters to demand that opinion pieces be withdrawn and to quash investigative reports on allegations that the military intervened in the vote to help elect Prime Minister Imran Khan.

The security establishment is especially sensitive about coverage of the Pashtun Tahafaz (Protection) Movement, or PTM, which has criticized the military's actions in the tribal regions. Pakistan has long been accused of covertly supporting the Afghan Taliban while waging a scorched-earth campaign against homegrown extremists who threaten the state, allegations denied by the government.

"We have been facing a media blackout since the very first day," said Mohsin Dawar, a parliamentarian and founding member of the PTM. "The military now is enjoying unquestioned power in the country, and the PTM questioned their power."

Dawar said newspapers have refused to carry their statements or cover their press conferences.

Chaudhry said coverage of PTM is restricted because "we have fought a war in that area."

"The population is in process of settling down, (and a) narrative that creates hatred cannot be allowed," he said.

Steven Butler, Asia program coordinator for the Committee to Protect Journalists, said Pakistan has waged an "aggressive crackdown" on the media.

"The crackdown comes behind the scenes and is increasingly exerted through the owners of media properties," he said.

There are currently 89 private television channels licensed by the government. Most of the privately-owned channels emerged in just the last 15 years and are owned by big businesses, said Mohammad Ziauddin of the Pakistan Press Foundation, a free press advocacy group.

"The new entrants in the media are business people. They got into the media industry not to make money, not to serve the public, but to have clout," he said, making them vulnerable to intimidation and financial coercion.

In the last two months, hundreds of journalists have been laid off as government advertising — a key source of revenue — has been drastically reduced. A rate schedule seen by the AP shows the government was until recently paying upward of $2,500 for a 60-second spot, which has now been reduced to $400 to $500.

"While reliance on government revenues is not a healthy model for press freedom, the sudden cutbacks have imposed extreme hardship on the media, which has had basically no time to adjust business models," Butler said.

"The last government used television advertising as tool to bribe media," he said.