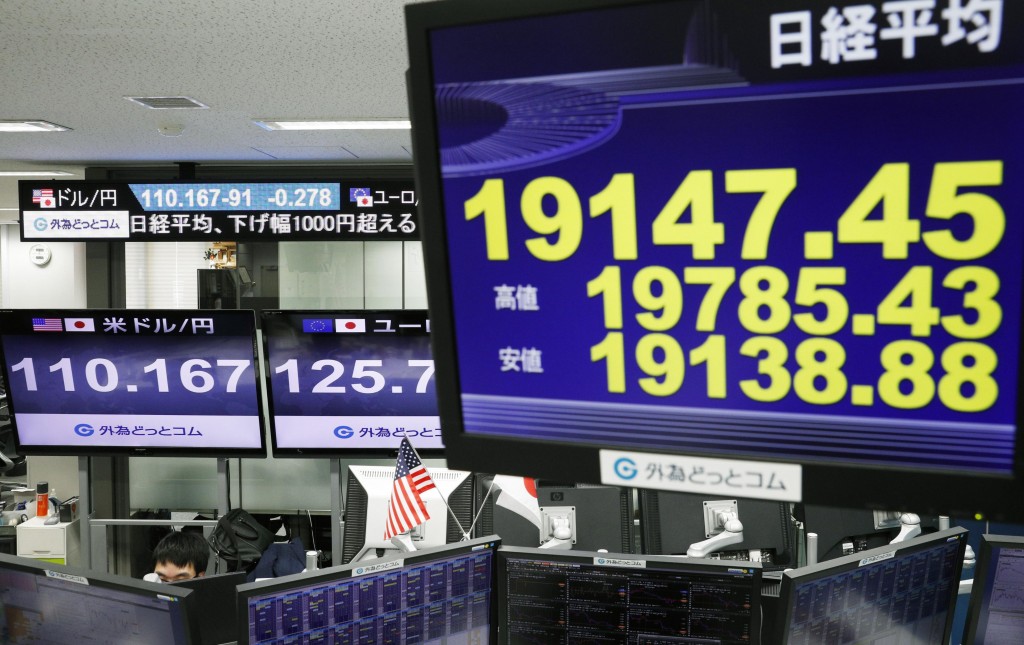 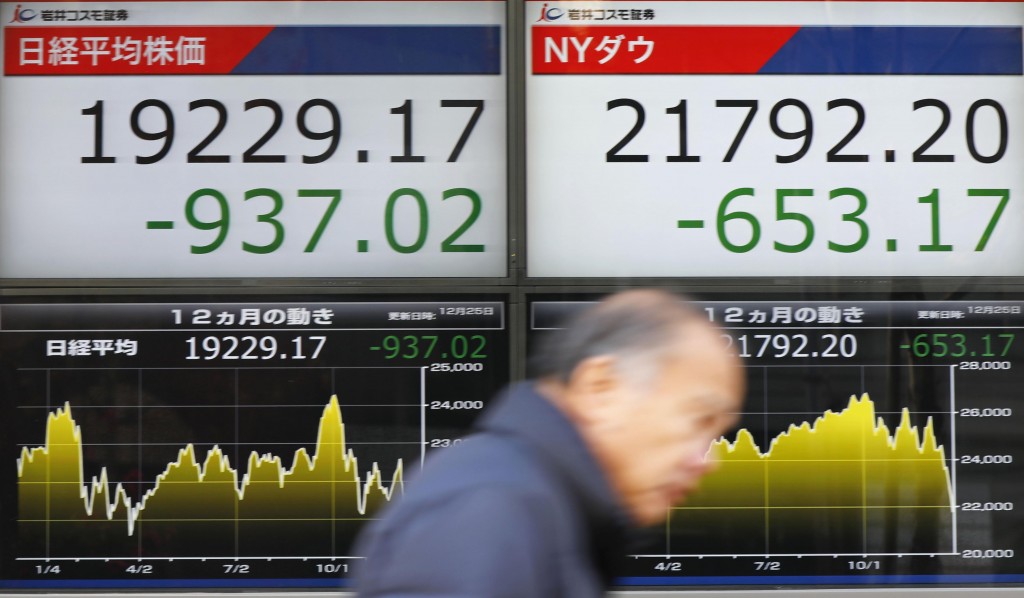 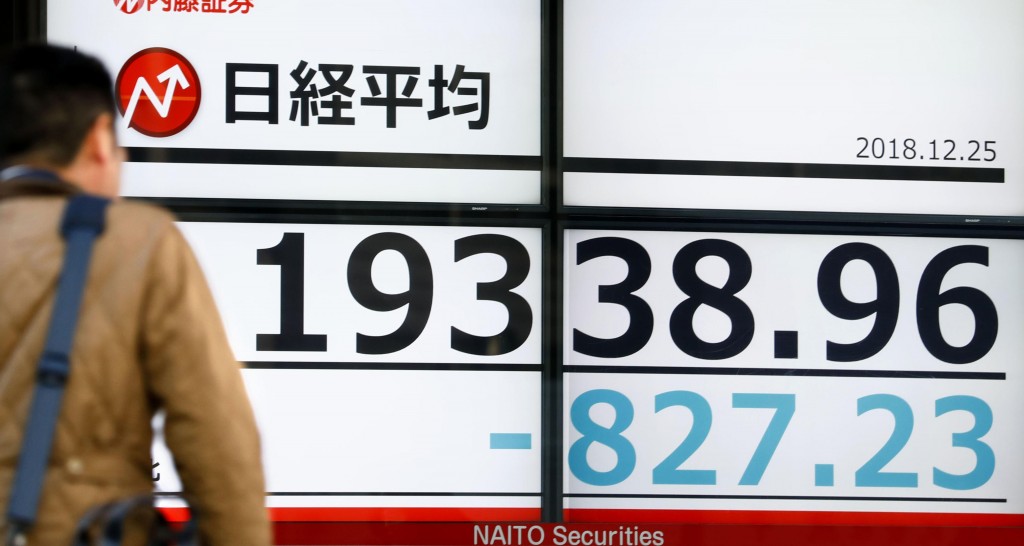 SINGAPORE (AP) — Asian markets were mostly lower on Wednesday after President Donald Trump said that there was "nothing new" in efforts to end the partial government shutdown over a U.S.-Mexico border wall.

Traders had no fresh leads from Wall Street, which was closed on Christmas. U.S. stocks are headed for their worst December since the Great Depression in 1931.

KEEPING SCORE: South Korea's Kospi gave up 1.6 percent to 2,022.36 and the Shanghai Composite index shed 0.1 percent to 2,503.05. Japan's Nikkei 225 index, which plunged 5 percent on Tuesday, picked up 0.5 percent to 19,241.87. Shares rose in Taiwan but fell in Singapore, Indonesia and the Philippines. Markets in Hong Kong and Australia were closed.

U.S. SHUTDOWN: The partial shutdown of the U.S. government that started Saturday shows no signs of abating. "Nothing new. Nothing new on the shutdown. Nothing new. Except we need border security," Trump told reporters. The White House said Trump will reject any deal that does not include any funding for a wall or a fence. The Democrats have opposed this and are offering $1.3 billion for security. The routines of 800,000 federal employees are expected to be disrupted by the shutdown, but essential services will keep running.

FED CRITICISM: Trump's criticism of the U.S. central bank triggered a drop in Asian equities on Tuesday. "The only problem our economy has is the Fed," the president said on Twitter. "They don't have a feel for the Market, they don't understand necessary Trade Wars or Strong Dollars or even Democrat Shutdowns over Borders." Trump has since said the hikes were a "form of safety" for an economy that was doing well, while stressing that the Fed was raising interest rates too quickly.

ANALYST'S TAKE: "The outsized moves are not reflective of the current U.S. economic landscape, but that seems to matter little so far as fear mongering continues to permeate every pocket of global capital markets," Stephen Innes of OANDA said in a market commentary.

ENERGY: Benchmark U.S. crude added 15 cents to $42.68 a barrel in electronic trading on the New York Mercantile Exchange. The contract settled at $42.53 a barrel in New York on Monday. Brent crude, used to price international oils, dropped 19 cents to $50.28 a barrel.