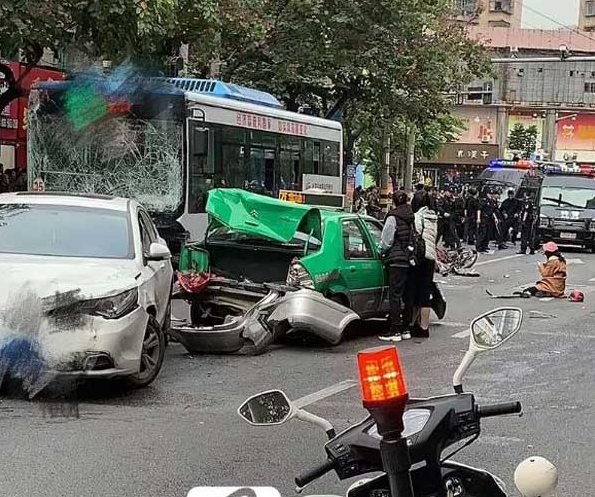 TAIPEI (Taiwan News) – On the afternoon of Dec. 25 in China’s Fujian Province, a random attack resulted in the death of eight people, including one police officer, and left 22 injured.

A man with a knife went on a stabbing spree before he hijacked a public bus and plowed it into a crowd of pedestrians at approximately 3:20 p.m. in the Fujian city of Longyan on Tuesday. The attacker is in police custody, according to reports.

In videos shared on the Douwei video sharing platform, a group of police officers can be seen wrestling a man to the group near a damaged bus. There are several bodies visible in the street, and blood smears on the floor of the bus.

The knifeman reportedly attacked a female passenger on the bus with the knife before he took control of the vehicle, reports Straits Times.

The bus then careened down the street for approximately 300 to 400 meters slamming into cars, scooters, and pedestrians. Of the 22 who have been injured, Chinese media outlet Xinhua says they are being treated at local hospitals, and one of them is in critical condition.

The attacker is reportedly a 48 year old unemployed resident of Longyan with the surname Qiu. Chinese media reports the man had a long-running dispute with a local neighborhood committee official, and that the two had argued in the day prior to his violent attack on the public.

Video of police officers neutralizing the attacker can be seen below.