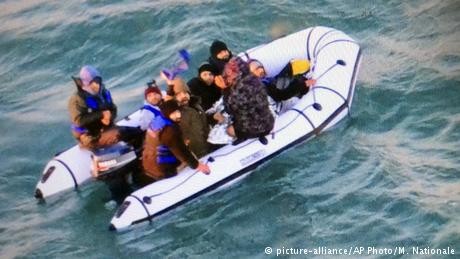 The British Home Office, which oversees immigration, said the migrants were from Iraq, Iran and Afghanistan.

French maritime authorities said a rubber dinghy with a failed engine was rescued with eight migrants onboard, including two children. They were transferred to British authorities.

British authorities responded to the other four incidents.

The migrants received a health check and were transferred for immigration processing. The children went under the protection of UK social services.

Thousands of migrants have sought to reach England from France over the years.

Two years ago, French officials closed down a makeshift "Jungle" camp in the port city of Calais that had upwards of 6,000 migrants. Officials have since tried to stop smaller camps from popping up.

Many of the migrants sought to hop on trucks taking rail ferries or trains to England, where they have family.

The Channel has witnessed a recent spike in unsafe rubber boats and dinghies attempting to cross from France to Britain.