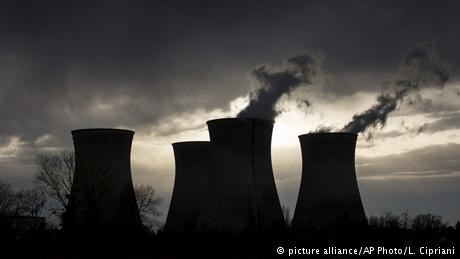 A petition to force the French government to take urgent action against climate change has grown to 1.7 million signatures in just a few days, the organizers' website showed on Tuesday.

The website Laffairedusiecle.net (The scandal of the century) on Tuesday was just 300,000 signatures short of its 2 million target.

French media reported that the appeal received an overwhelming response in just a few days, including from French film stars Marion Cotillard and Juliette Binoche.

Pressure from both sides

The petition hit the headlines days after French President Emmanuel Macron caved in to 'yellow vests' protesters over their demands to scrap the fuel tax hike.

To win the case, they'll need to prove that the French state acted against the environment and public health by not meeting its own climate change targets.

Greenpeace's director in France, Jean-Francois Julliard admitted on France's BFM television on Monday that the legal effort could take years, but cited a similar, successful effort in the Netherlands.

In October, the Dutch government lost an appeal against a ruling which ordered it to slash greenhouse gases by at least 25 percent by 2020.

Environmental rights group Urgenda fought the successful case on behalf of some 900 Dutch citizens who accused the Netherlands of doing too little to prevent dangerous climate change.

German farmers have filed a separate lawsuit, with help from Greenpeace, after suffering damage to their crops and dairy farms as a result of last summer's record drought.

France, meanwhile, is still reeling from six weeks of protests against an increase in the tax on fuel, which saw nationwide blockades attended by tens of thousands of people. The anger turned violent, mostly in Paris, which saw several weekends of clashes between demonstrators and police, as well as severe damage to property.

Macron agreed to scrap the tax hike, despite its goal of helping France meet its target to cut carbon emissions by 40 percent by 2030.