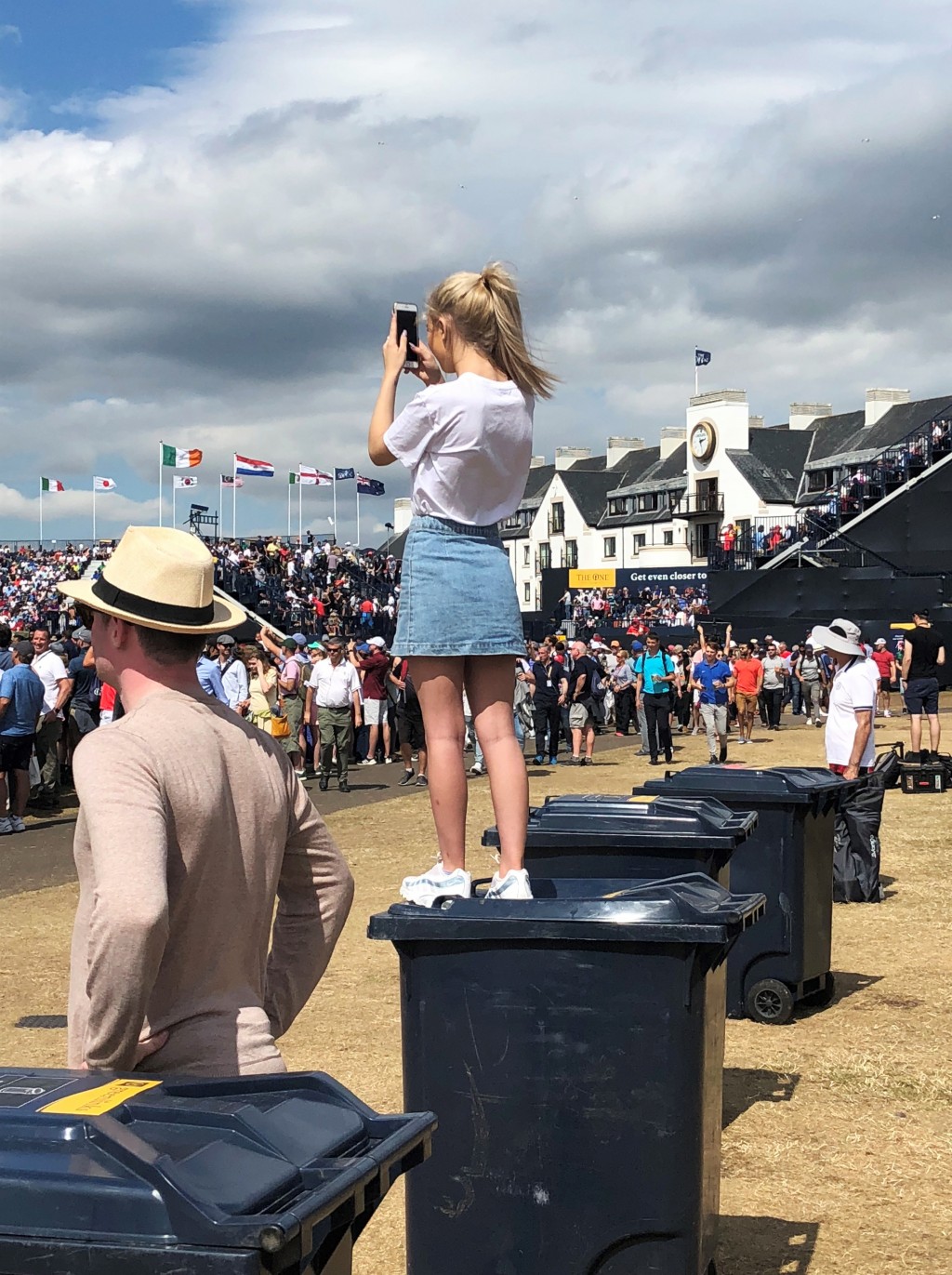 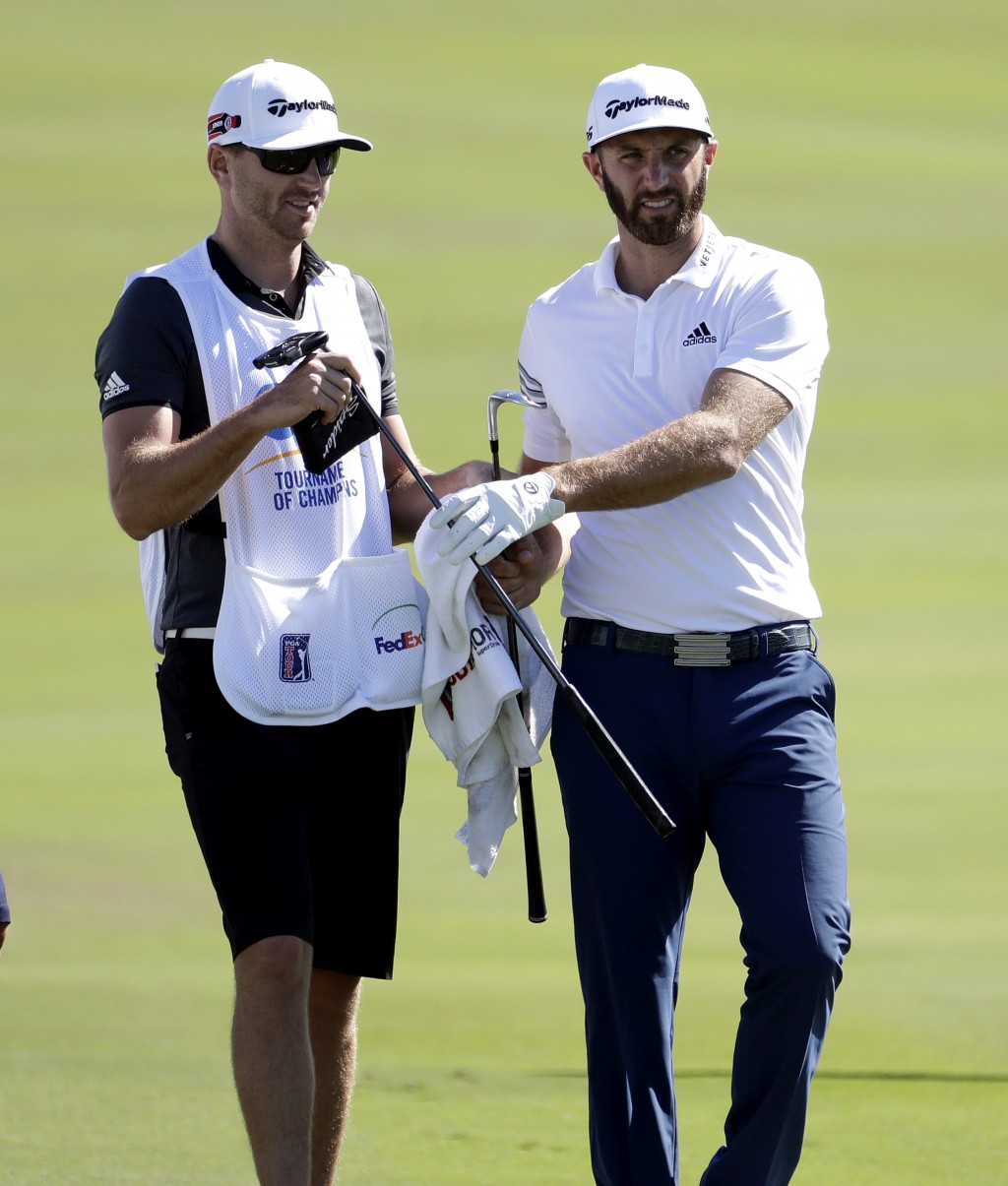 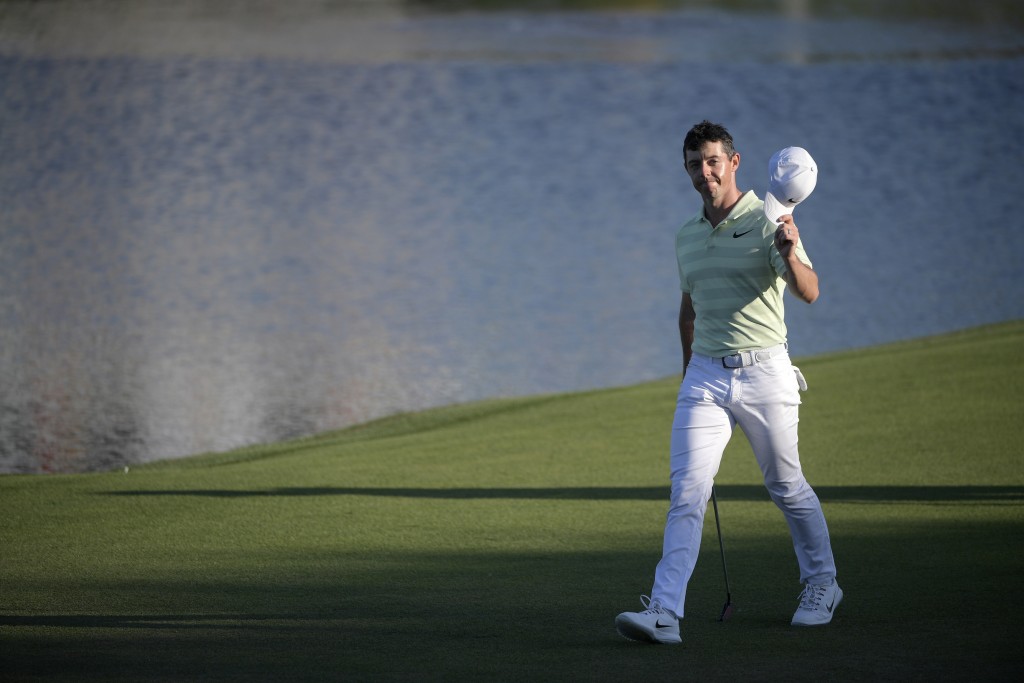 Thousands of fans surrounded the first tee at Carnoustie on the final day of the British Open. No mistaking what they came to see, even if most of them could hardly see Tiger Woods at all.

From 30 yards beyond the rows of fans, she stood atop a large trash bin and pulled out her phone to capture the moment.

The gallery stood 15 rows deep behind the 16th tee at Innisbrook when Woods played the Valspar Championship for the first time, missing a playoff by one shot. They turned Bellerive into a rock concert when Woods tried to chase down Brooks Koepka in the PGA Championship. And they broke through the ropes and marched behind him to the 18th green at East Lake when he finally won again at the Tour Championship.

Behind the scenes were plenty of other moments that went beyond the birdies, bogeys and trophies:

Math has never been a strength for Austin Johnson, the brother and caddie for Dustin Johnson. Sometimes, it really doesn't matter.

Johnson's most memorable shot this year was on the 12th hole at Kapalua, where his drive on the 433-yard hole stopped 6 inches short of the cup in the final round. The day before was a shot even more exquisite. From light rough to the left, he hit a pitch that trundled down the slope, back up toward the green and into the cup for an eagle.

How long was the pitch?

"Hey, we're feel players," he said with a wink. "We're not all rocket scientists out here."

The conversation with Jordan Spieth outside the fitness center at the Sony Open ended because Tom Hoge was going into the interview room. Hoge, who has never won on the PGA Tour, was tied for the lead.

"Let me tell you about Tom Hoge," Spieth said. "When he gets in contention, he will not back down."

And that's how it played out. Hoge stayed in or around the lead the entire final round until one shot that he missed by a fraction on the wrong side of the hole led to double bogey. He missed out on a playoff by one shot.

Told a month later about Spieth's prediction, Hoge was perplexed. He said they hardly spend any time together. They've never played together. They live on opposite ends of the Dallas-Fort Worth area. "My only connection with Jordan is I taught him how to play craps," Hoge said.

Two weeks later in Mexico, Spieth was reminded of the conversation in Hawaii. How would he know what to expect from Hoge if he had never played golf with him?

"Because that's how he plays craps," Spieth said.

Maybe it was the return of Woods, but PGA Tour crowds got louder, rowdier and a little over the top. Rory McIlroy heard one fan at Bay Hill who kept yelling his wife's name, and McIlroy was close to confronting him.

"I think it's gotten a little much, to be honest," he said. "I think that they need to limit the alcohol sales on the course."

Beer was one thing. He was more concerned seeing the number of people with cocktails.

The greater concern was winning. McIlroy had gone 18 months since his last victory, and he got the job done that Sunday with five birdies on the last six holes for a 64 to win the Arnold Palmer Invitational. In honor of the King and his favorite drink, glasses of Ketel One vodka were passed out after his interview. McIlroy raised his glass for a toast, pausing to smile.

"And I'm the guy calling for a ban on alcohol," he said.

No golfer in the last 20 years has spoken to the media more than Tiger Woods, and it's rare to hear anything new. The questions are just as old.

But he knows enough.

Woods had just finished his pre-tournament news conference at the British Open when Matsuyama noticed the commotion outside the media center while he walked to his car. He saw a familiar face and stopped to ask through his interpreter what Woods had said to the media.

"What does he ever say?" came the reply.

Matsuyama smiled. Then, Matsuyama was asked what he had said to the Japanese media.

He responded in English with another big smile.

The gallery was enormous for the PGA Championship at Bellerive, especially around Woods. And while it was hard to stake out a clear view, the crowd was just as big standing in line for concessions.

The father of Justin Thomas wanted a beer as he watched his son, Woods and Rory McIlroy navigate their back nine in the opening round. Thomas took one look at the line and walked to the front, approaching a man who was next to be served with an offer he couldn't refuse. He told the man if he bought him a beer, Thomas would buy one for him and his three friends.

Moments later, Thomas was back along the fairway ropes with a beer in his hand and a smile on his face.