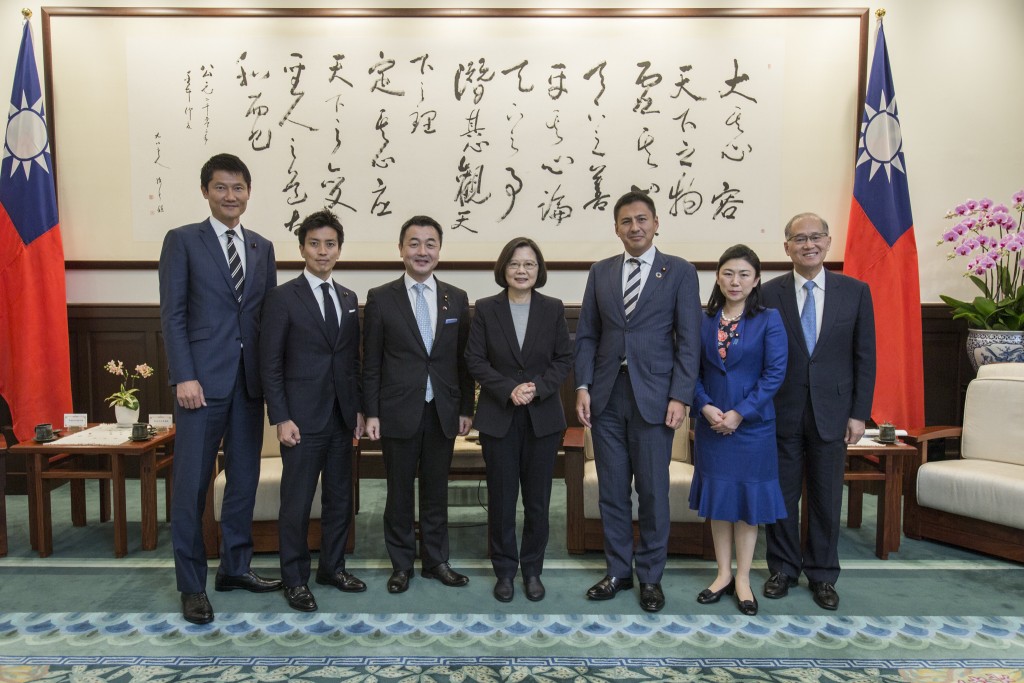 Tsai said she hopes that Japan will support Taiwan’s bid to join the CPTPP trade deal, and that Taiwan’s referendum calling for a ban on some Japanese food imports will not influence relations.

On Nov. 24, a referendum calling for the continued prohibition of agricultural and food imports from areas affected by the Fukushima Daiichi nuclear disaster in 2011 passed, leading to strained relations and Japan’s top envoy to Taiwan, Mikio Numata, voicing disappointment.

The referendum result also led to Japan’s Foreign Minister, Taro Kono, saying that the import ban could make it difficult for Taiwan to join the CPTPP.

Head of the Japanese delegation, lawmaker Sasaki Hajime, responded by saying that he also hopes that Japan will support Taiwan’s bid to join the CPTPP, and that the referendum will not harm bilateral ties.

Tsai said that Taiwan has good relations with Japan’s Liberal Democratic Party, and she is optimistic that this will continue into the future, with Sasaki as the head of the party’s youth wing.

Japan and Taiwan are geographically close, share democratic values, and have a strong history of coming to each other’s aid during disasters, noted Tsai.

Tsai also said she hopes that Taiwan and Japan can continue to deepen bilateral cooperation in the future.