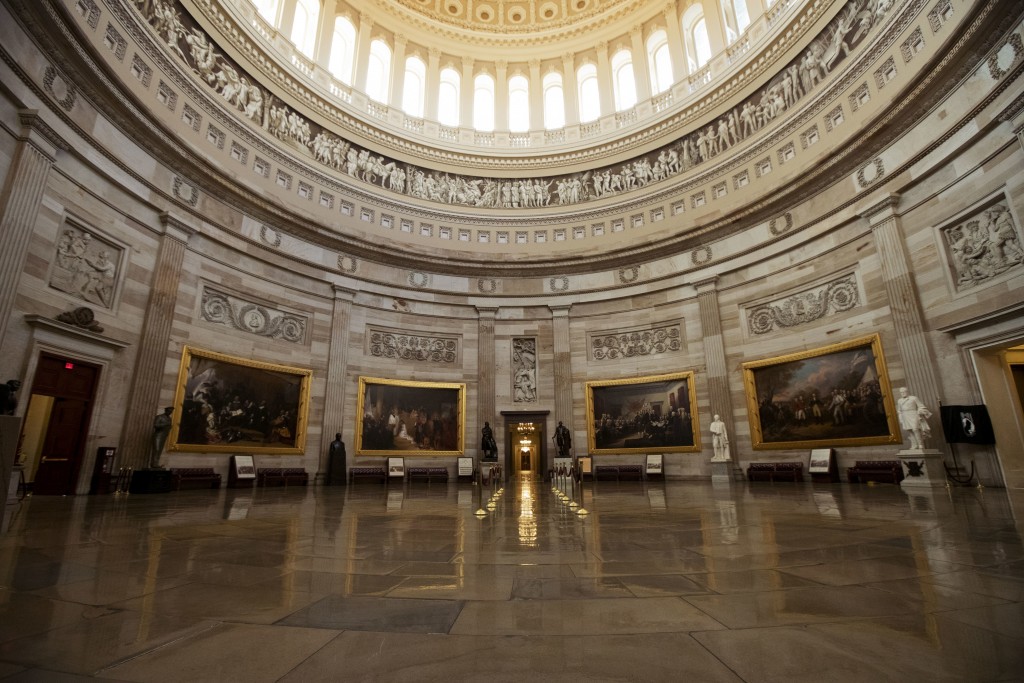 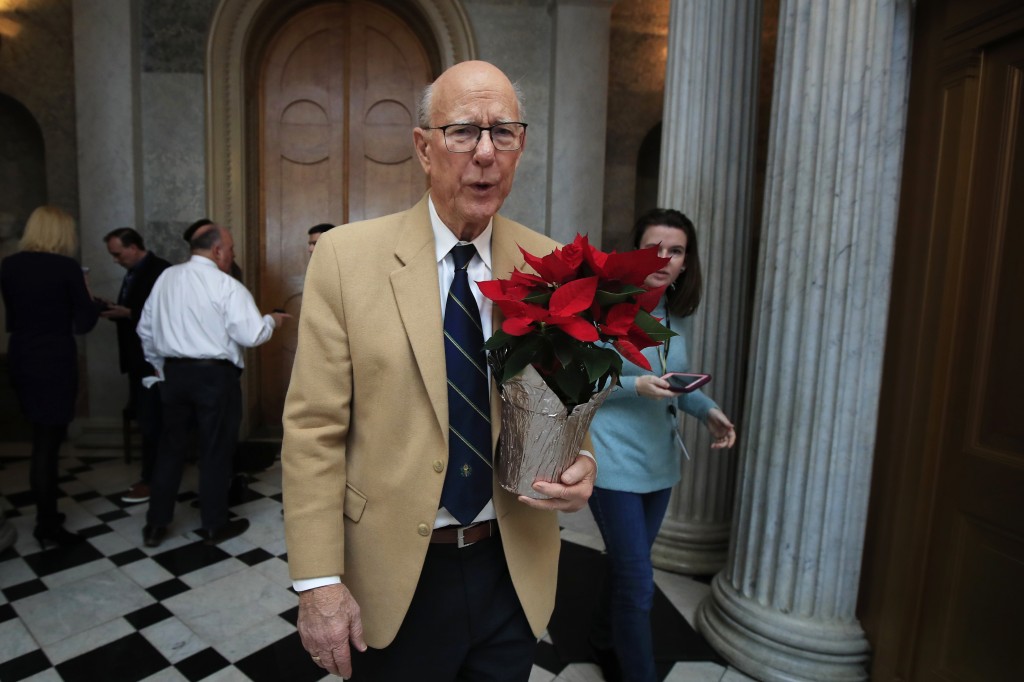 WASHINGTON (AP) — Both sides in the fight over President Donald Trump's border wall with Mexico have given a little on the money. What they can't seem to agree on is what is should be spent on.

And until Trump, who wants a wall, and Democrats, who oppose it, can come to an agreement, portions of the government will stay closed.

Christmas marked the fourth day of the partial government shutdown with no end in sight.

Most lawmakers fled the capital over the weekend to be with family. Trump remained at the White House after scrapping plans to spend Christmas at his Florida estate.

"Nothing new. Nothing new on the shutdown. Nothing new, except we need border security," he told reporters at the White House on Monday while participating in the annual tradition of answering telephone calls from children anxious to know when Santa will get to their homes.

In a joint statement, the Democratic leaders of Congress, Sen. Chuck Schumer and Rep. Nancy Pelosi, blamed Trump for the stalemate and for "plunging the country into chaos." They pointed to problems beyond the shutdown, including heavy losses on Wall Street and Trump's decision to fire his defense secretary.

"The president wanted the shutdown, but he seems not to know how to get himself out of it," they said in a joint statement.

Trump had said he'd be "proud" to shut down the government in a fight over the wall, but now blames Democrats for refusing to give him the votes needed to approve a House-passed bill that includes the $5.7 billion he wants for the wall.

The White House presented a counteroffer over the weekend to Schumer that is between Trump's $5.7 billion price tag and the $1.3 billion Democrats have offered, said budget director Mick Mulvaney. Mulvaney withheld specifics, but a Democratic aide granted anonymity to discuss the private talks said the White House offered $2.5 billion — an initial $2.1 billion plus $400 million Democrats called a "slush fund" for the president's other immigration priorities.

Trump chimed in from the White House, where he has relentlessly tweeted on a variety of issues while cooped up in the mansion since Saturday, when the shutdown began. He tweeted at one point about feeling lonely.

"I am all alone (poor me) in the White House waiting for the Democrats to come back and make a deal on desperately needed Border Security," he tweeted. "At some point the Democrats not wanting to make a deal will cost our Country more money than the Border Wall we are all talking about. Crazy!"

Trump met Monday on border security with Homeland Security Secretary Kirstjen Nielsen and other department officials. Senate negotiators continued talks behind the scenes with Democrats and Republicans. The House and Senate briefly gaveled into session on Christmas Eve before quickly closing again with no further action.

Several Cabinet departments and agencies have been closed since Saturday after their funding lapsed, and Mulvaney warned the shutdown could stretch into January, when Democrats are set to take back control the House.

Trump excused federal employees from work on Monday and Christmas is a federal holiday, meaning the public could begin feeling the shutdown's effects on Wednesday. Some 800,000 federal workers must work without pay for the time being, or stay home and wait to be paid later.

Trump promised to make Mexico pay for the border wall. Mexico has refused.