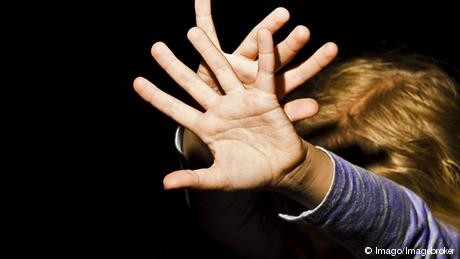 DW: What happens to refugee children at the external borders of the European Union?

Meike Riebau: This year, we have focused on exactly this topic. In Belgrade, together with a partner organization, we interviewed children who shared their experiences with us.

There were rather shocking reports: Of the approximate 6,300 children surveyed, 1,376 children told us that they had experienced so-called violent rejections at the border. This is already illegal. In some cases, there was also the use of extreme violence. The sheer number of affected children shocked us. Among the 1,376 children, there were 934 minors who were separated or completely unaccompanied by their families.

Which EU external borders are most affected?

We conducted our interviews in Belgrade, so we spoke mostly with youths taking the so-called Balkan route into the EU. But we also are aware of violence used against minors in Italy.

In concrete terms, what sort of violence are we actually talking about?

We heard of cases in which pepper spray was used and of cases of robberies — often the children were robbed of their mobile phones or the money they had on them to sustain themselves. Dogs were deployed against minors and we also heard of physical abuse carried out by border guards. One particularly shocking case we heard of was that of an Afghan boy beaten so violently by the Croatian police that he still to this day doesn't know whether his hand was broken or not. He was denied medical attention.

You're talking about the Croatian police. So often it is a case of police violence?

That is undoubtedly the case. It must also be kept in mind, however, that to the children, it makes no difference whether the violence inflicted upon them is at the hands of a policeman, a soldier or a border guard. It is still always at the hands of the authorities.

From this, one could get an impression that the use of violence against children is also politically legitimized?

The states which lie on an external EU border still feel abandoned when it comes to migration by those countries which do not have any external borders, such as Germany. It is, however, a European issue that not only affects Croatia, for example, but the entire EU. So if we want a uniform European migration and asylum policy, with appropriate standards and protection provisions, then we cannot leave these countries hanging; we must support them with personnel, human rights training and, for example, make greater use of Frontex, the European border management agency.

It is quite clear that all states have the right to carry out border checks, but these must be done in a humane manner, in accordance with human rights — especially concerning children.

The EU has been aware of these issues for a long time — so why has so little changed?

The trend in the EU is clearly towards more restrictive policies, i.e., the primary objective is to deport people and reduce the number of new arrivals. And it worked. We now have a lower number of refugees than we have had at any point in the past five years.

At the same time, we fear that the EU will lose sight of human rights. This, of course, has to do with the right-wing populist wave spreading through Europe. The sentiment towards refugees has become more hostile. All of this makes it more difficult to advocate for these people and, at the same time, uphold human rights standards.

Do you feel that your latest publication on violence against children at the EU's external borders can have an impact?

It has been our experience, particularly in discussions with European politicians, that nobody shows an interest in such a massive violation of human rights. For many, what takes place at these external borders is just so far away. Geographically, this is often the case but it is a European problem and therefore a solution must be found together.

2019 is just around the corner. What do you want to see happen next year? What would be your concretedemands for politicians?

The shared values that unite the EU such as such as human rights and children's rights must be adhered to — above all in these politically trying times. The European elections are at the end of May 2019 and we at Save the Children hope that the populist politicians will not gain the upper hand and not influence the atmosphere any further. Civil society must, whatever happens, do more to promote respect for human rights.

And what can Germany do?

As one of the largest and most powerful countries in the bloc, Germany can do a great deal — by making a clear stance that it stands for solidarity and joint action within the EU.