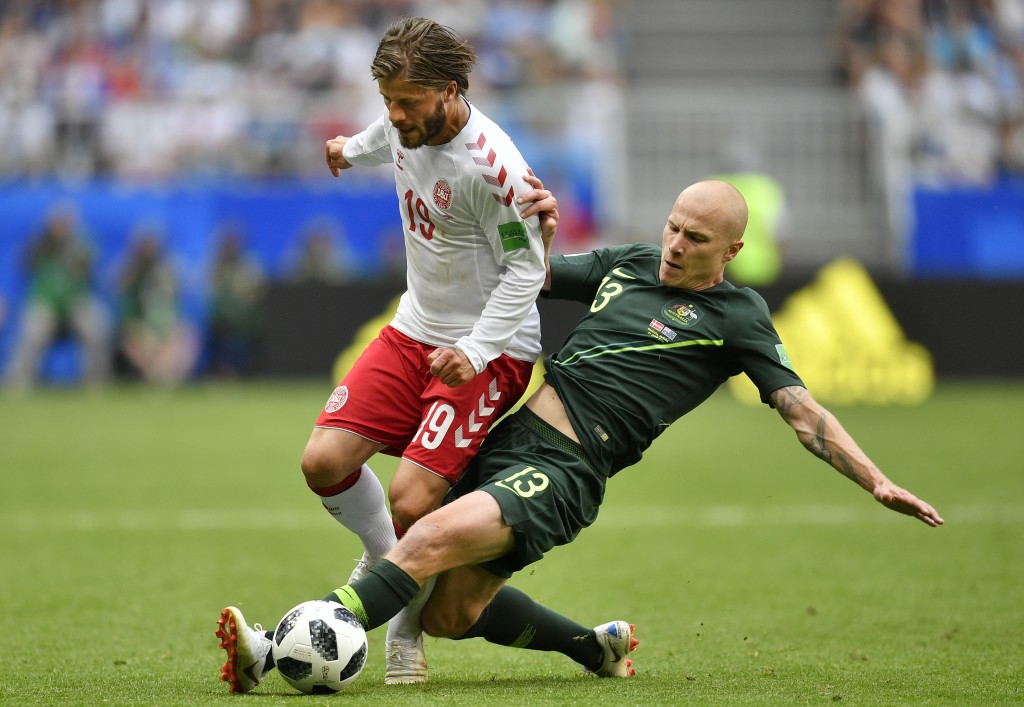 SYDNEY (AP) — Australia midfielder Aaron Mooy has been officially ruled out of the Asian Cup due to a right knee injury sustained in Huddersfield's English Premier League defeat to Arsenal this month.

An independent assessment involving a Socceroos physiotherapist determined Mooy would not be fit until after the quarterfinals, and coach Graham Arnold decided to go with a player who would be ready from the outset of the tournament.

Austria-based midfielder James Jeggo, who debuted for the Socceroos in last month's friendly against Lebanon in Sydney, will replace Mooy, Arnold said on Tuesday.

Australia's defense of the Asian Cup title it won in 2015 starts on Jan. 6 against Jordan in Al Ain.