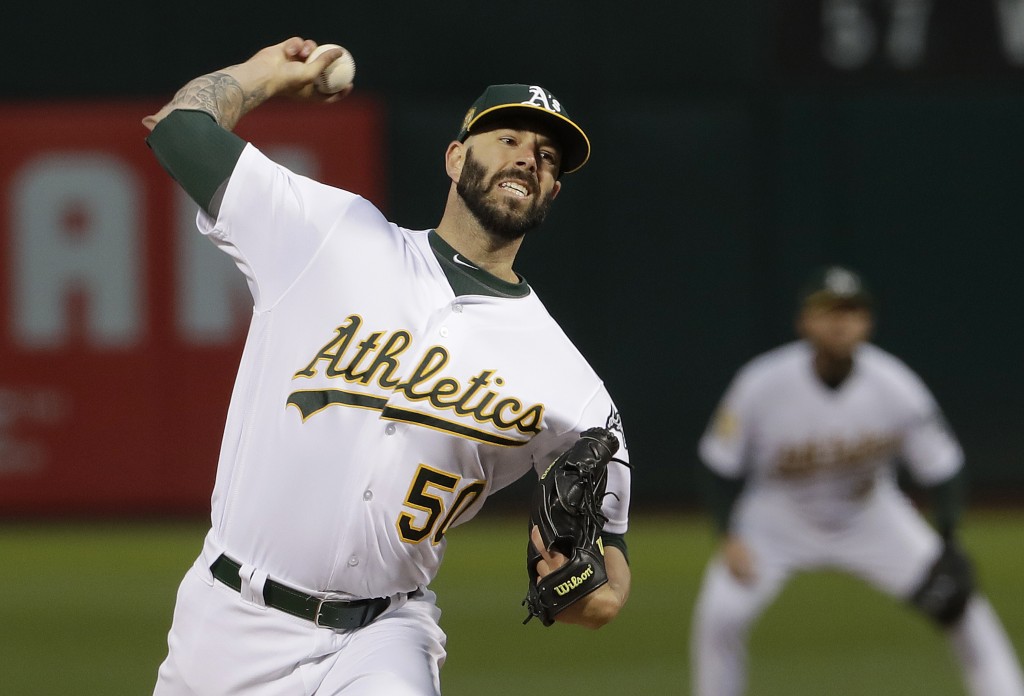 OAKLAND, Calif. (AP) — Free agent right-hander Mike Fiers has agreed to a two-year contract to stay with the Oakland Athletics, who were determined to find an experienced starter this offseason to help lead a young rotation.

And Oakland would like to add another starter, too, realizing it must provide depth given all the injuries last season. Ace Sean Manaea is recovering from shoulder surgery and not expected back until at least the All-Star break. The A's announced Fiers' deal Monday.

The A's acquired Fiers in August from Detroit, and he helped the club reach the playoffs for the first time since 2014. The 33-year-old Fiers went 5-2 with a 3.74 ERA in 10 outings with nine starts after joining Oakland, which lost the AL wild-card game at New York.