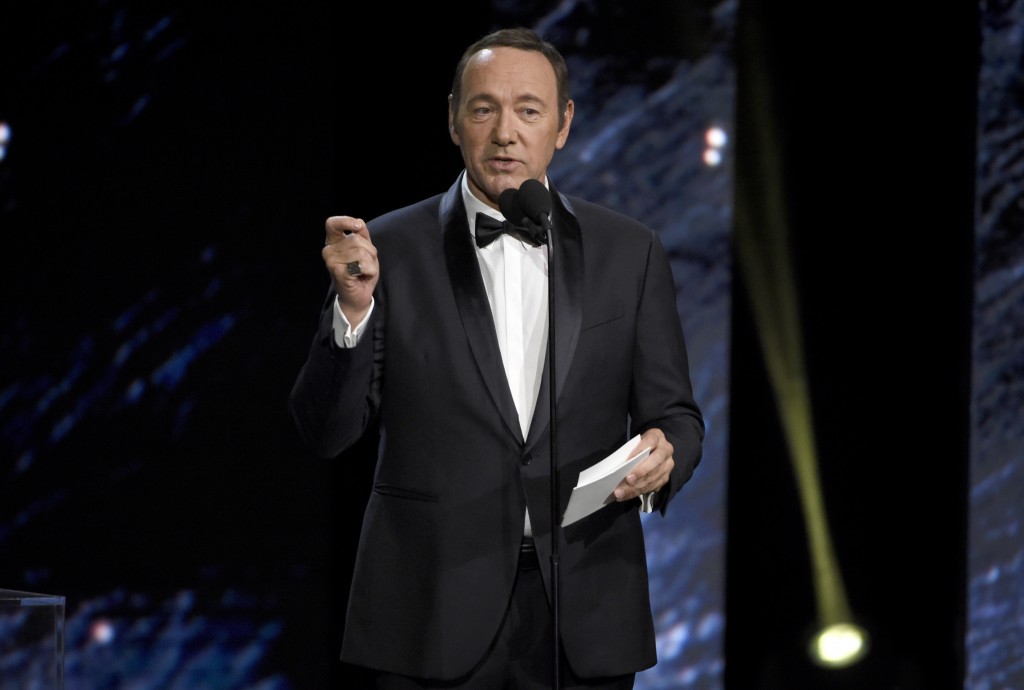 BOSTON (AP) — A Massachusetts prosecutor says Kevin Spacey is scheduled to be arraigned next month on a charge of indecent assault and battery on allegations he sexually assaulted the teenage son of a Boston television anchor in a Nantucket restaurant.

Cape and Islands District Attorney Michael O'Keefe tells The Boston Globe that Spacey is due in Nantucket District Court on Jan. 7.

O'Keefe says a criminal complaint was issued by a clerk magistrate during a public show-cause hearing on Thursday.

Former news anchor Heather Unruh (UN'-roo) came forward in November 2017 and said the actor stuck his hand down her then-18-year-old son's pants and grabbed his genitals at the Club Car Restaurant in July 2016.