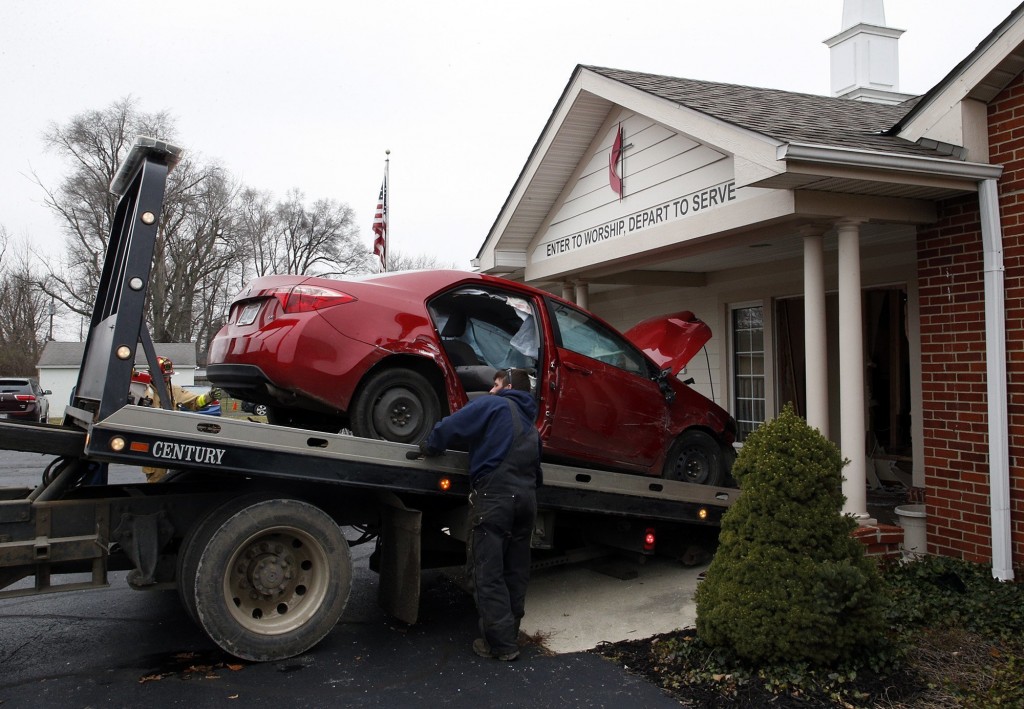 COLUMBUS, Ohio (AP) — Police are not citing a 92-year-old driver who lost control of her vehicle and crashed into a church during a Christmas service in Ohio.

Columbus police say officers determined it was a private-property accident. The driver was treated for leg injuries, and three older church patrons were treated at hospitals for minor injuries from glass and debris. A 60-year-old passenger was also treated.

The Rev. Jay Anderson says members were singing a hymn when the car crashed through the wall. He says that the wall "just exploded" and that pieces of glass went flying.

He says the church was unusually crowded with some 100 people because there was a special Christmas performance. The driver's name wasn't released.